A Walk around Cullinan - Part One

Walking Cullinan's Heritage Trail is the perfect way to get to know the history of this remarkable town. Enjoy Part 1* of the trail below, get excited and start planning your next trip! Thank you to the Cullinan Heritage Society for sending all the details through.

* We have broken the trail into two parts 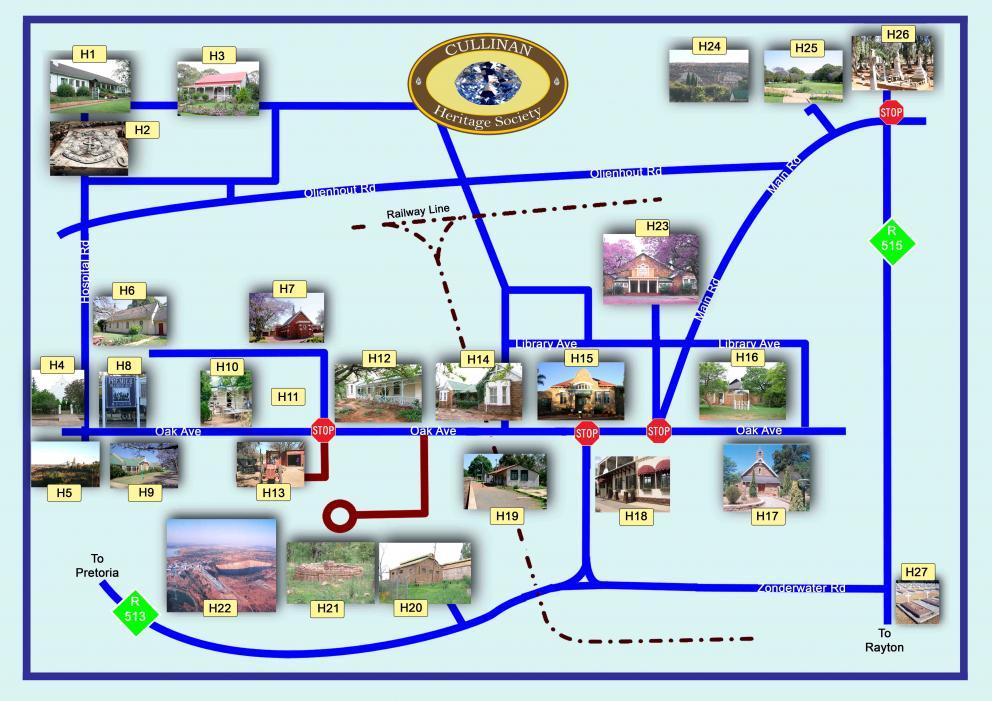 Map of the Cullinan Heritage Trail

Most of the historical places of interest in Cullinan are within easy walking distance of each other. Start at the History Room situated in the Cullinan Tourism and History Building. On show in this building are objects of historical interest from the village's and mine's past. There is also a DVD with photographs from 1902 as well as footage from a newsreel, dated 1912. The building is situated behind the miners' cottages in Oak Ave. (H13 on the map) 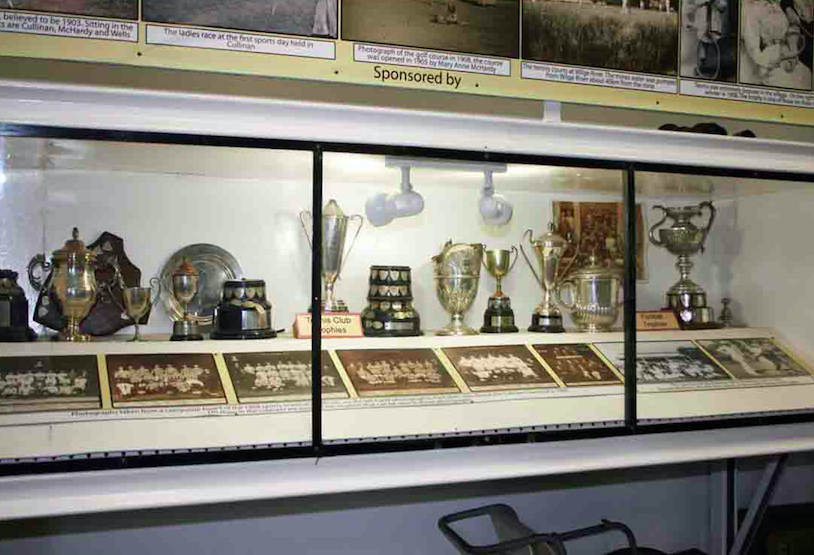 Leave this building and make your way back to Oak Ave, turn left and on your left are the miners' cottages built in 1906 to house the staff of the Premier Mine. Most of these houses are now restaurants or gift shops. The first house on your right was built for the Nederlandsche Bank in about 1903. When the bank moved to its present location, the building was used as a magistrate's court. It now houses tour operators. (H11 on the map) 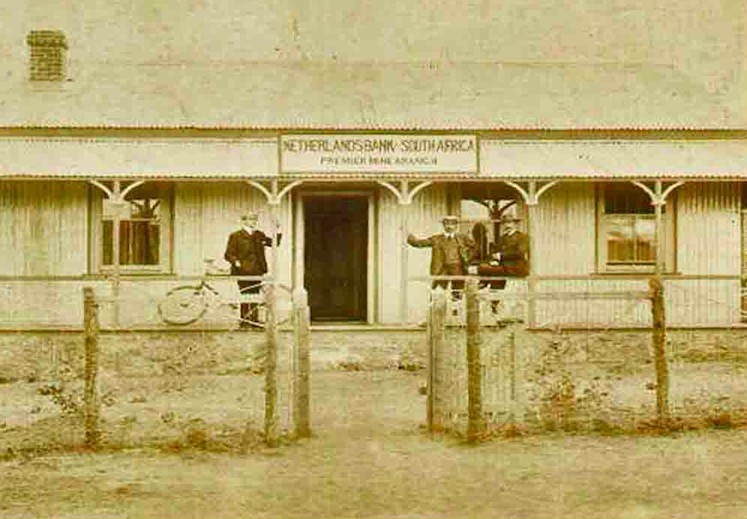 The First Nedbank Circa 1905 (via Cullian Heritage Society)

The next house on your right is believed to have been built for Fred Wells. Fred Wells was one of the first employees of Premier Mine and the earliest photograph taken in 1902 shows Fred with the first diamond pan. He was to gain immortal fame in 1905 when he found the Cullinan Diamond, the largest gem quality diamond ever found. (H10 on the map)

Fred Wells pointing to the spot where the diamond was found.png 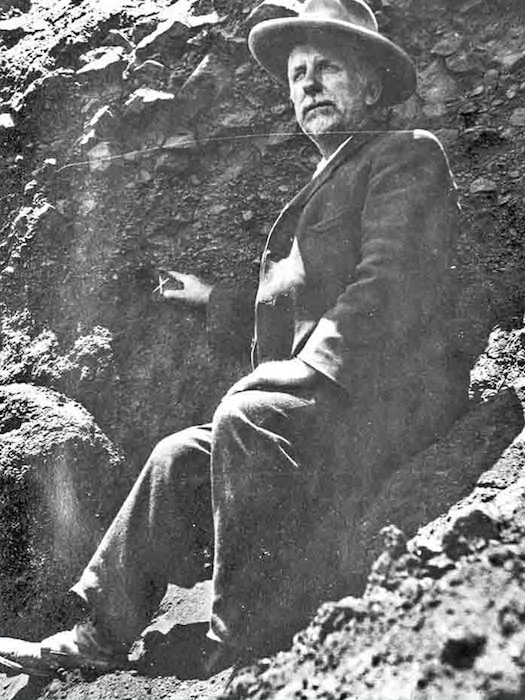 A little further down the road is the open-air mining museum. This displays various items of mining equipment used on the Premier Mine throughout the years. Of particular interest is the armoured vehicle. This vehicle was bought by Premier Mine after the war to pull the empty coal wagons back to the railway siding at Wilge River. The vehicle replaced the oxen which had been doing this job since 1906. (H8 on the map) 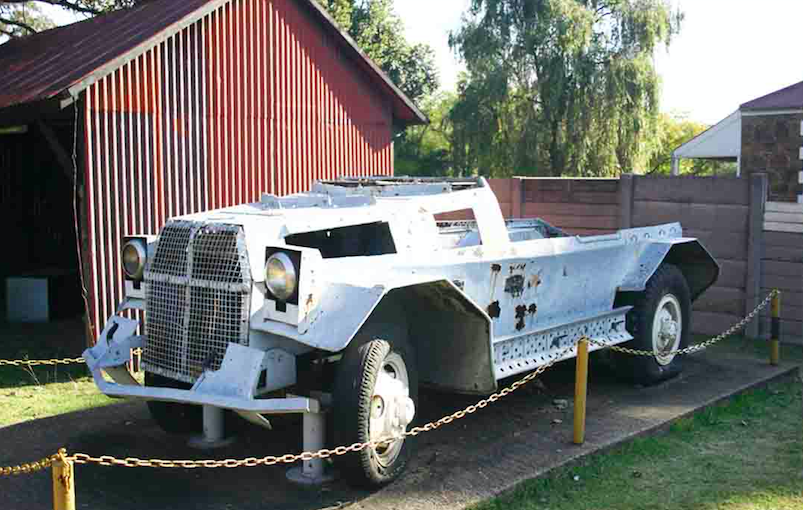 Continue down Oak Avenue, and you will see the Presbyterian Church. It was built in 1908 and the corner-stone was laid by Thomas Cullinan. Unfortunately the church is now in the mining area. (H4 on the map) 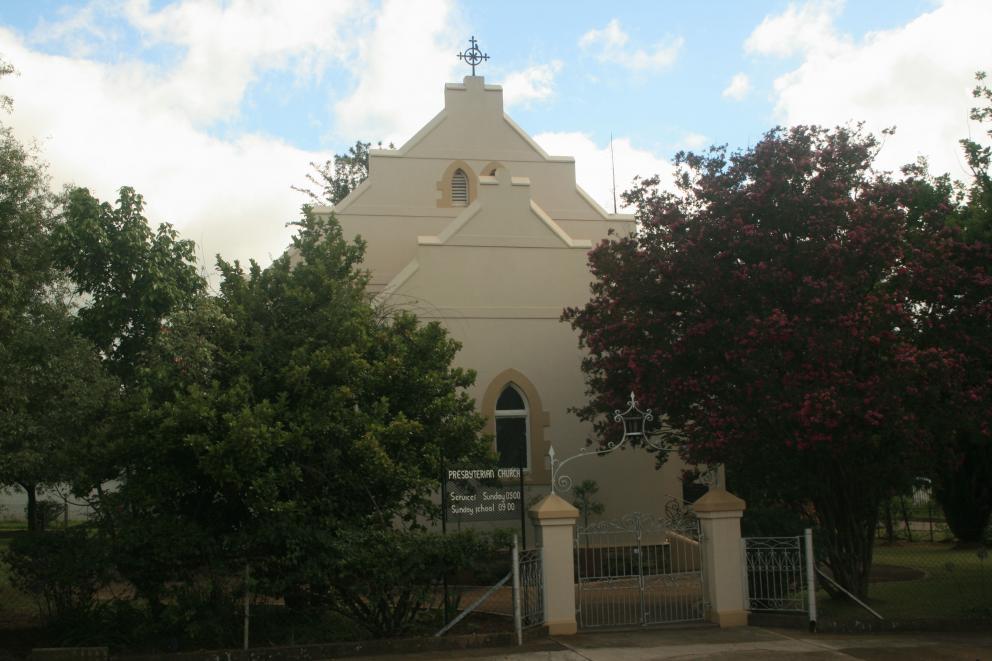 Retrace your steps and go through the mining museum past the Lemon Tree Restaurant and you will come to the Catholic Church. This church is called St. Peters. Of particular interest is the series of oil paintings (Stations of the Cross). These were presented to the church by Donald McHardy when his father died in 1913. This church is said to be the oldest Catholic Church in the Pretoria Diocese still in its original position. (H7 on the map) 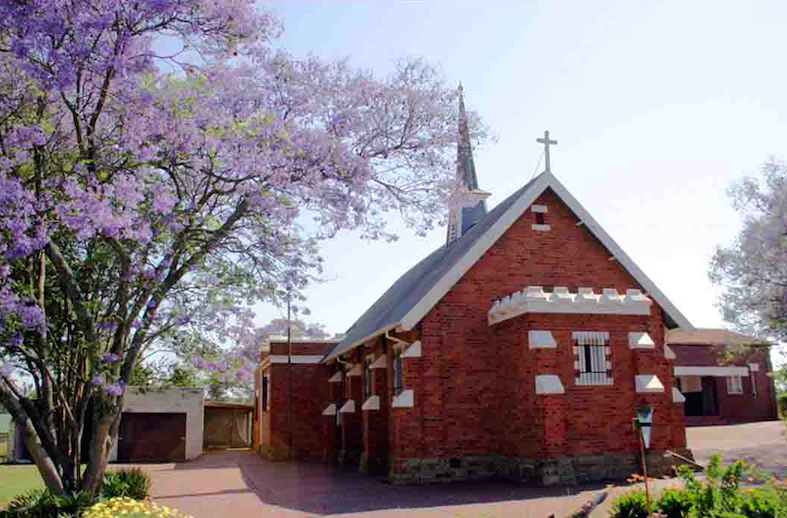 A little way down this same road is another church. This was originally the NG Kerk. It is now the Lewende Woord. (H6 on the map) 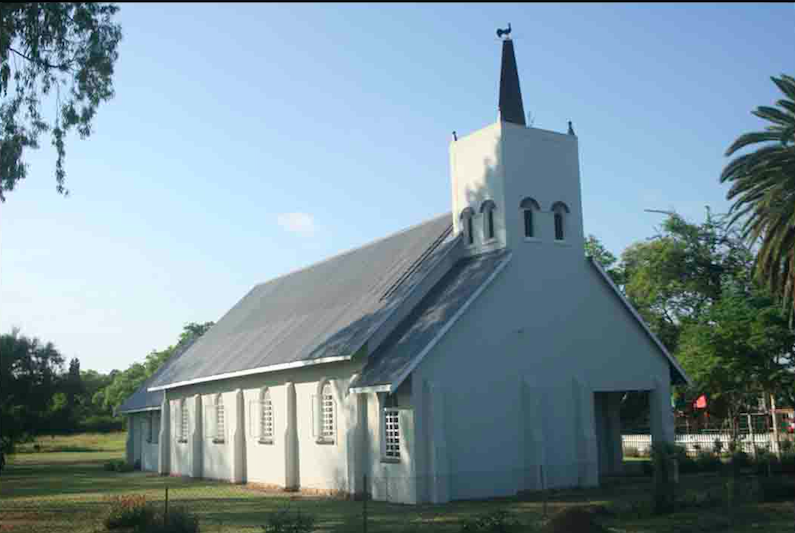 Again retrace your steps back to Oak Avenue. Turn left and continue up the avenue and you will come to the McHardy House Museum. McHardy House was constructed in 1903 and was the first house built in the village. It was built for William McHardy, the first General Manager of the mine, who came to Cullinan from Kimberley with his wife and seven children. William McHardy died in 1913 and Premier Mine granted his wife and children the use of the residence for life. Two spinster daughters, Evalena and May, lived in the house until their deaths within a few days of each other in 1984.

The house has been kept in its original state and has many fine pieces of furniture and photographs in its rooms. Oak Ave gets its name from the oak trees planted by Evalena when she came to the village in 1903. The house is open all days except Tuesday. Volunteers from the Cullinan Heritage Society act as guides. (H12 on the map) 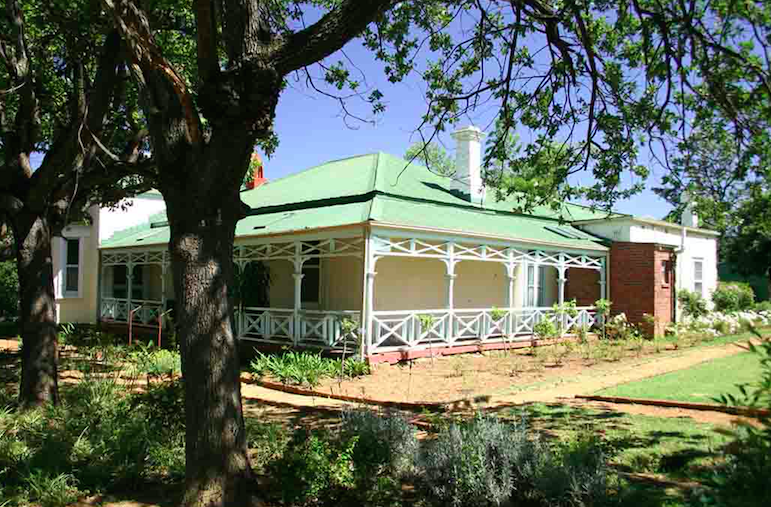 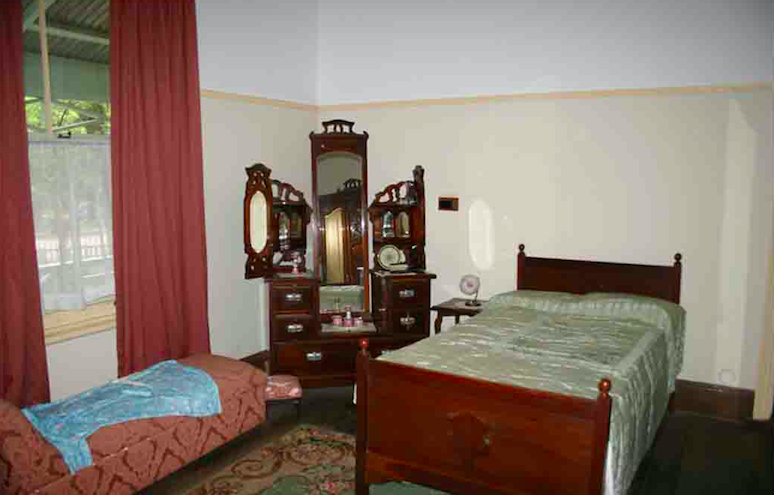