The Tragedy of Richardson's Mill near Bathurst 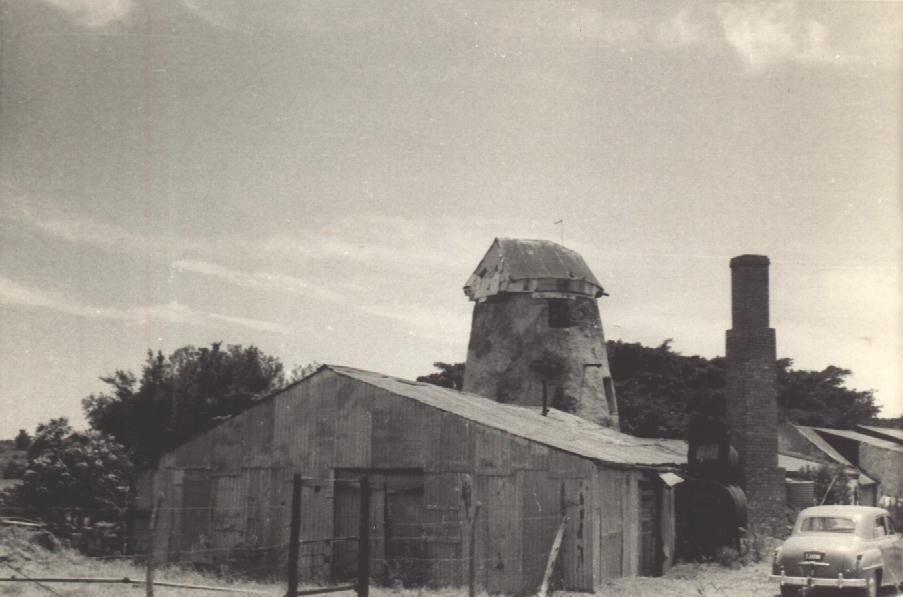 Very little remains of the historic Richardson's Mill in the Trappes Valley 10km north east of Bathurst in the Eastern Cape. Well known local enthusiast Bev Young first saw the structure in 2000 and described it as 'wrecked but visible and the grounds still accessible'. Over the years she has documented what is left of the mill and has watched as things have deteriorated to the point where there is almost nothing left today. The short article below, written by A S Basson, is very tough to read. It highlights the importance and potential of the site before it was destroyed by fire in 1970. The article appeared in Restorica, the journal of the Simon van der Stel Foundation (today the Heritage Association of South Africa). Thank you to the University of Pretoria (copyright holders) for giving us permission to publish. Thank you to Bev Young for the photographs.

This is an example of a historic building that might have been preserved for posterity. There was all the atmosphere of old times. The rails of the original windmill had disappeared because the mill had been converted to steam in the 1880’s by Thomas Richardson. But there was much in the way of yellowwood floors and a delightful twisty yellowwood staircase mounted to the second storey whence the grain poured to the mill stones. The machinery was intact and one could even move the grinding stones. In a corner was a gigantic bellows. With half-closed eyes one could see the mill in floury working. During the native war the mill was a military post.

Richardsons Mill before the fire via Bev Young - 2.jpg 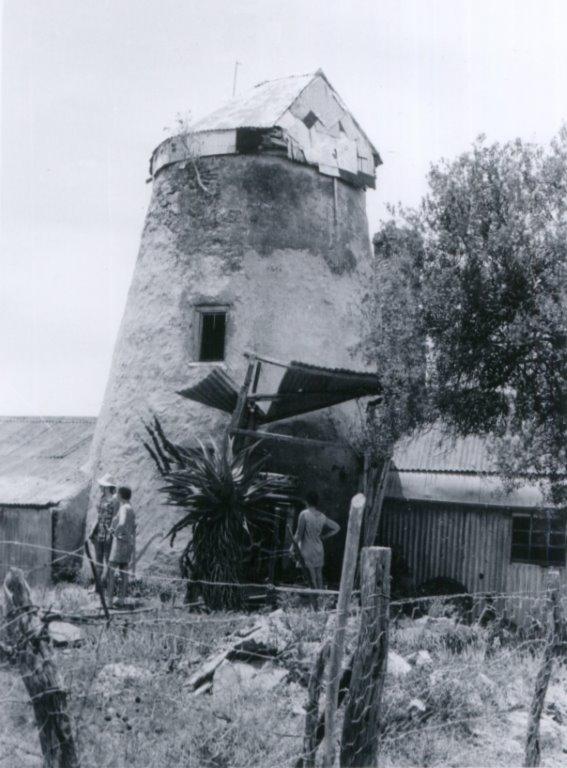 The Mill before the fire (via Bev Young)

Stephen Gradwell built the Trappes Valley Mill near Bathurst about 1831; he built one, too, in Grahamstown. The mill ground wheat, barley and maize and did so until about sixty years ago or later, although it then ground mainly mealies. It could not compete with the roller mills of Grahamstown because its machinery, especially the boilers, etc, were old. The authorities finally demanded a complete replacement of the boilers, but this cost could not be met. 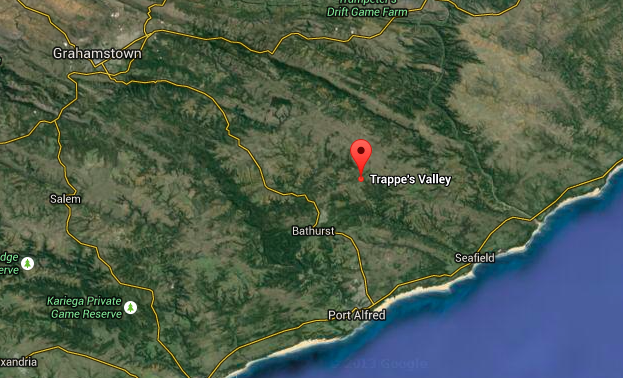 The mill has had several owners:

1857 and for many years - John Richardson presently Jack Ansley

This historic structure, however, is now only a memory. On 13 March 1970 it was completely burned out and I witnessed its smoking demise. Practically nothing was saved and the iron of the machinery was sold. The cause was said to have been carelessness by searchers for honey. The water-mill on Woodlands suffered the same fate many years earlier. Enlightened recognition might have saved this most interesting relic had it come earlier. 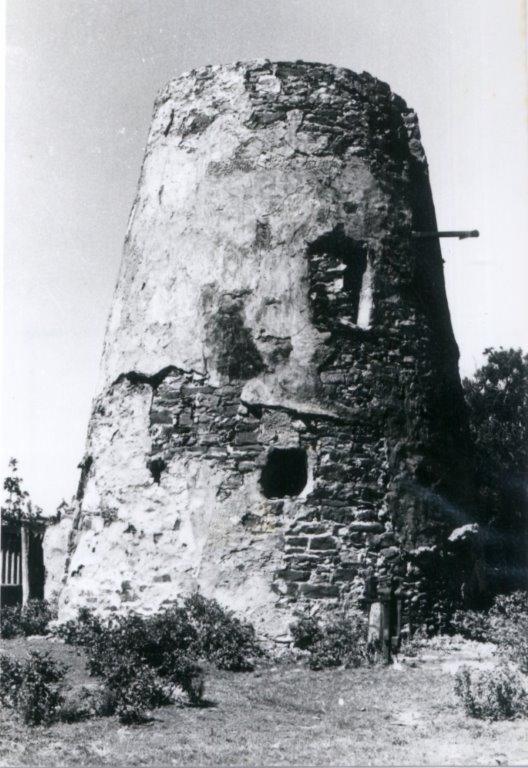 Richardson's Mill after the fire (via Bev Young)

Although very little survived the 1970 fire it is still sad to see the ongoing deterioration of the site. According to local sources the owners (now the local authority) have very little interest in the site so we expect the sad trend to continue. 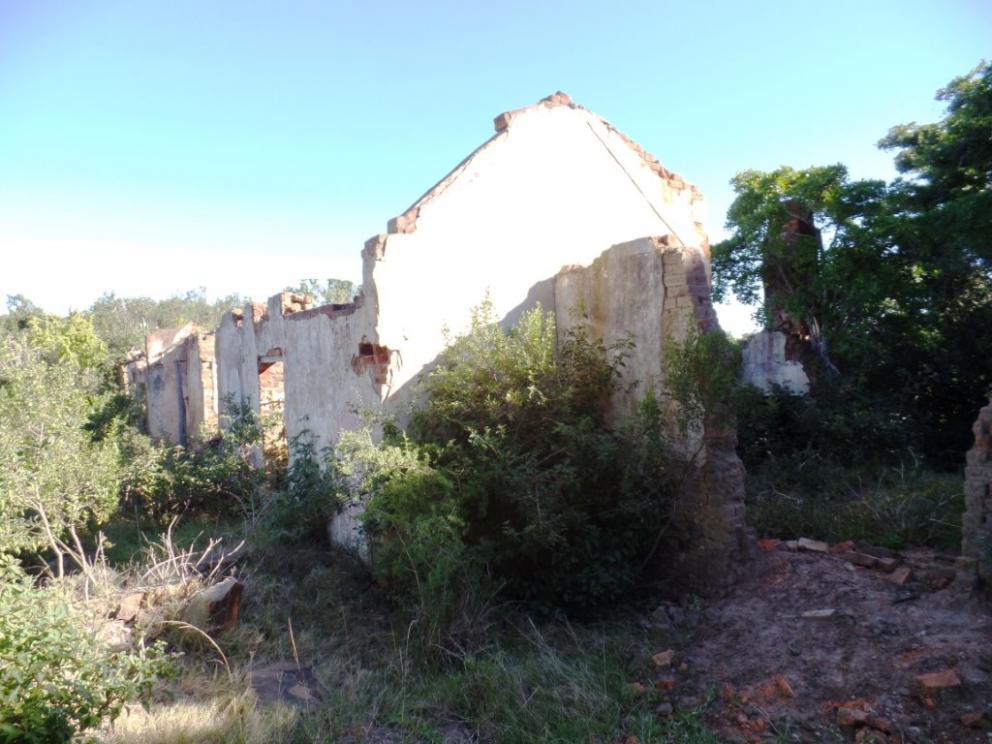