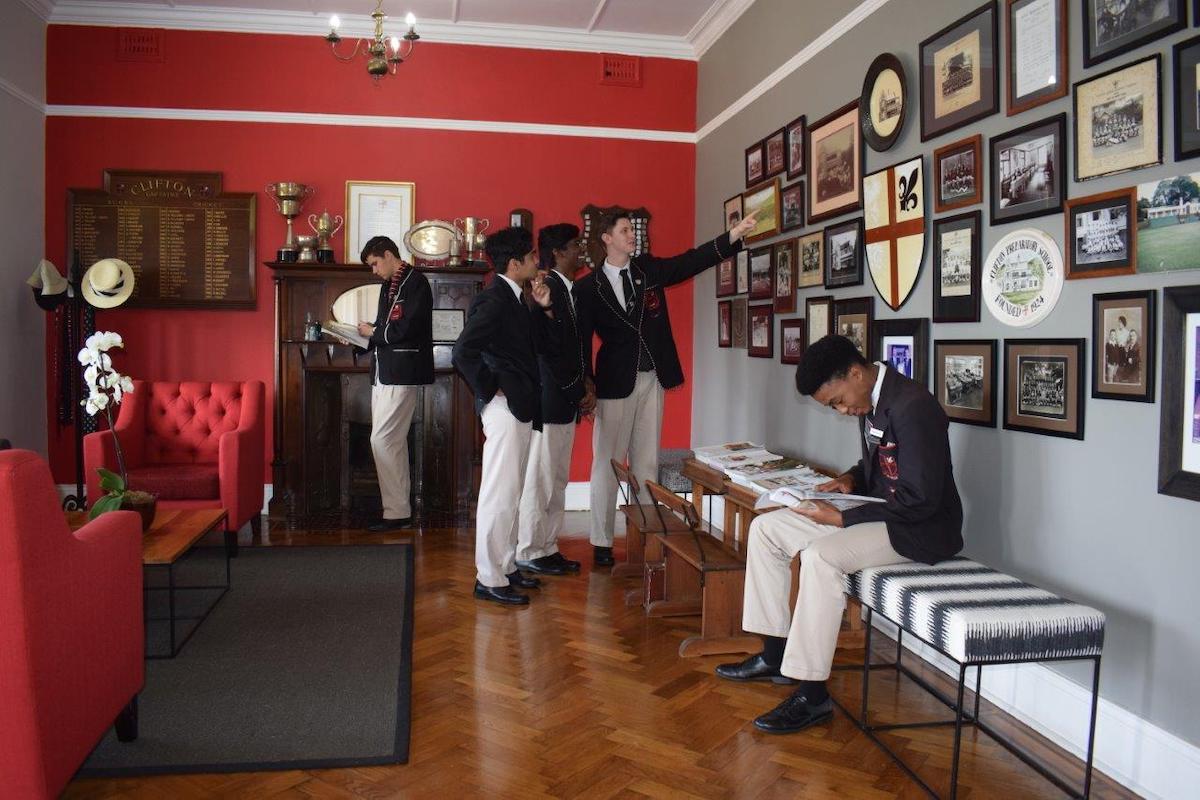 The centenary of any school is always cause for much celebration and, indeed, reflection regarding the particular journey of that institution. Clifton School will be celebrating its centenary in 2024 and, already, exciting plans are afoot to prepare for its ‘coming of age’.

American author, Steve Berry, asserts that “A concerted effort to preserve our heritage is a vital link to our cultural, educational, aesthetic, inspirational and economic legacies – all of the things that quite literally make us who we are.” It is in this spirt that Clifton approaches its history and heritage.

Clifton was founded as a boys-only preparatory school in 1924 by Harry Stubbs, who was the then recently retired headmaster of Durban Preparatory High School. Still full of vim and verve at 60, Harry decided to open, in his own home in Lambert Road, a primary school that would act as a feeder primarily to Hilton College and, later it seems, to Michaelhouse. To ‘prepare’ the boys, if you will, for the rigours of these venerable institutions of education. The school was named after the eponymous school of that name in Bristol, as well as in memoriam of a deceased nephew. The ‘Prep’ grew rapidly after World War II and quickly became firmly established in the Durban suburb of Morningside. In 2001, the Board of Trustees took the bold decision to expand into a high school and, in 2002, 16 Grade Eight boys formed the nucleus of the new College. 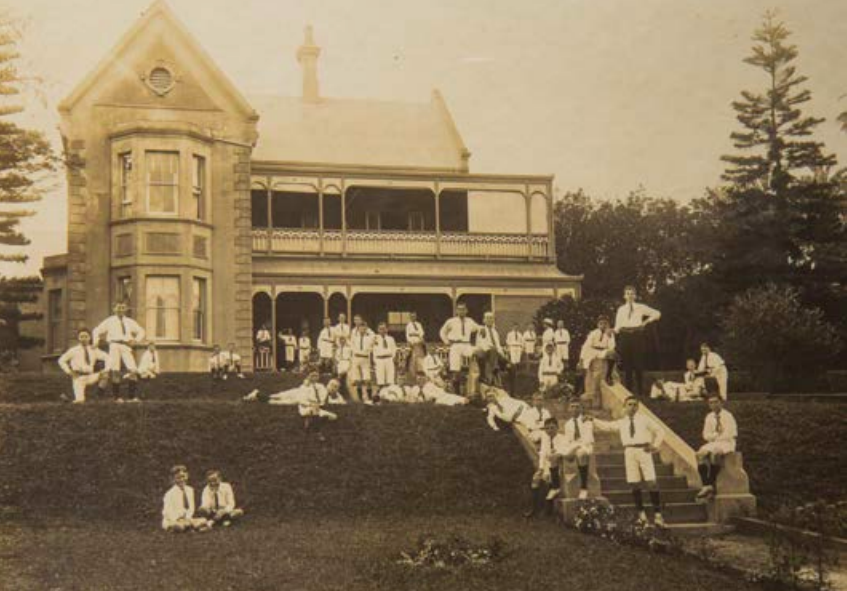 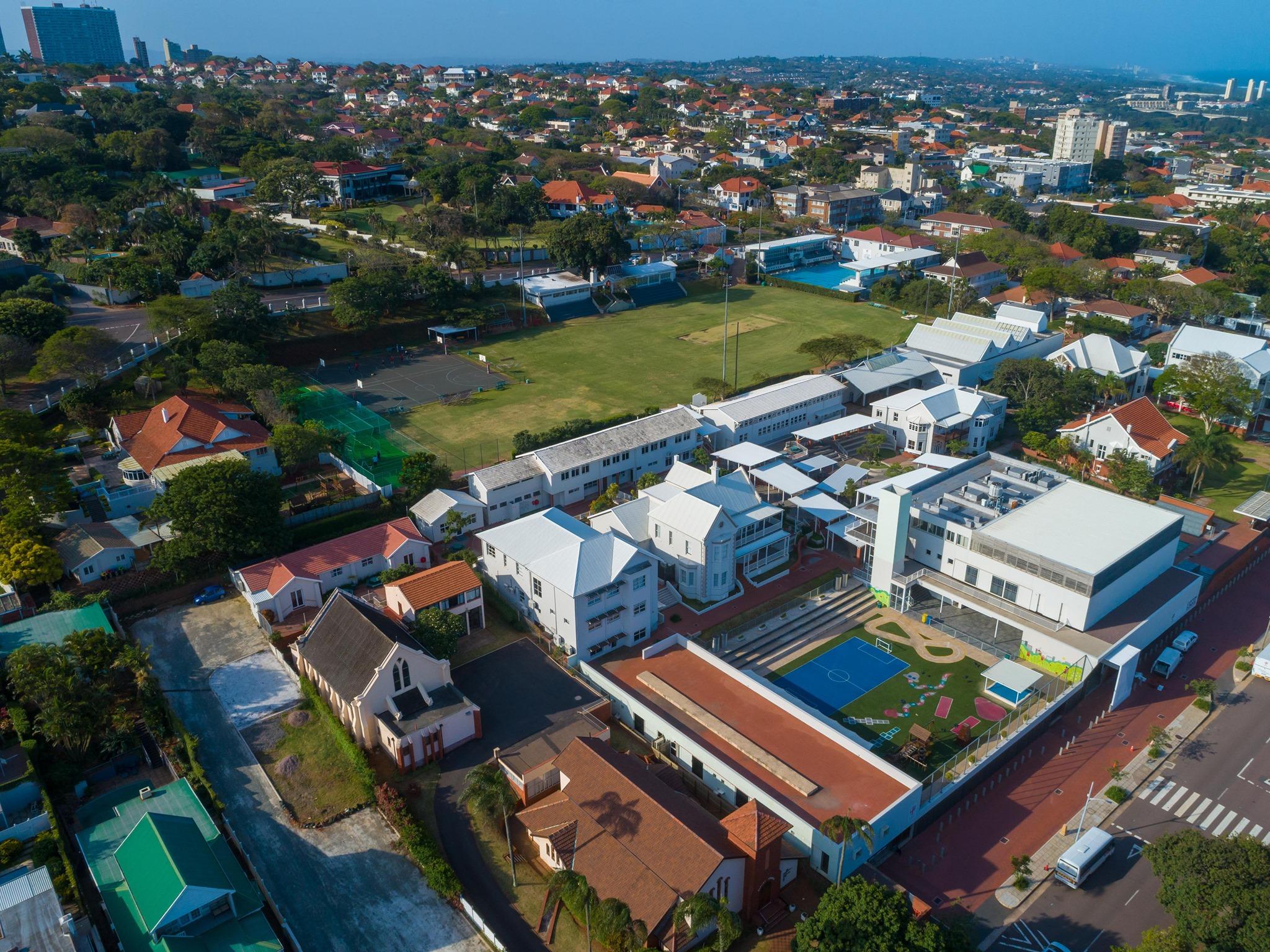 The school from above (Clifton)

Whilst Steve Berry may have spoken about preservation being integral to heritage, he certainly was not referencing the state of the physical remains and artefacts at Clifton. Attempts were made in the early 1980s to establish an archive under the guidance of the Deputy Headmaster at the time, Alan Pass, and a young history teacher, Rose Visser. When discussions began in earnest in 2017, it soon became apparent that there was precious little that had been saved, other than a few school magazines from the 1980s, some catalogued boxes of photographs and few plaques around the school. The pursuit of an archive was temporarily stymied by the retirement of Mr Pass and the untimely passing of Mrs Visser.

Subsequently, a two-pronged heritage policy was decided upon. Firstly, the cataloguing and preservation of photographs and documents needed to take place. Barbara Wahlberg, appointed in 2017 as the Head of History, came with expertise in the development of archives and preservation techniques, having been a curator at the Luthuli Museum in Groutville. Also, Jane Maasdorp, an ex-parent, was officially appointed as the School Archivist to begin the arduous process of contacting Old Boys, recording memories and making acquisitions. Secondly, with a complete lack of artefacts to create a museum, the decision was taken to use the campus as an open-air ‘museum’ which resulted in the development of the Heritage Centre which was opened in 2019. The Heritage Centre celebrates, through photographs and historical items, the history of the school from its foundation in 1924. This decision was also taken in the light of the space constraints of a school in an urban precinct. 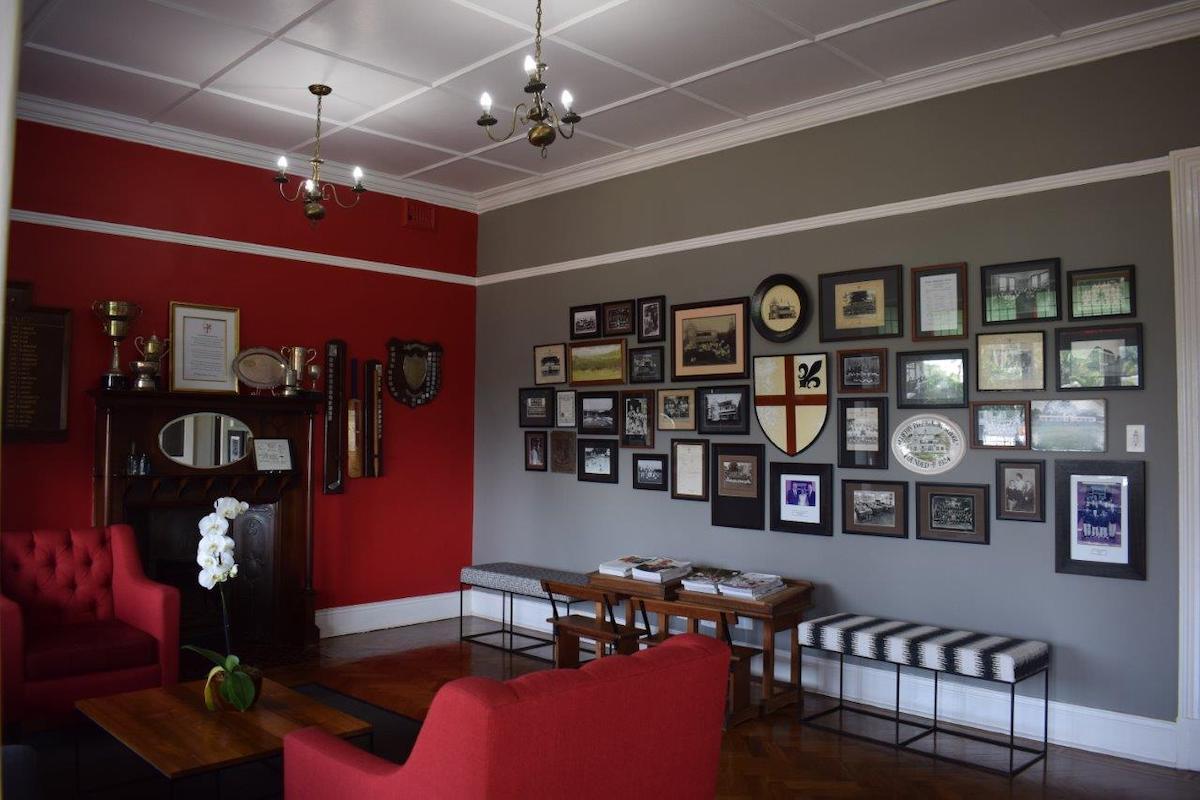 Inside the Heritage Centre (Shaun McCabe)

An adjunct to the opening of the Heritage Centre was the development of the Heritage Trail (click here to download the Heritage Trail brochure). Fortunately, the school’s chronology is reflected in its physical environment so, now, scattered at various points throughout the school, are panels that speak to the history of the school by referencing the architectural context. Guided by a map, these panels give the reader an overview of the school’s growth, its charming characters and anecdotal moments through text and photographs. The finale to the trail will be the addition of QR codes on the panels. These QR codes will provide the viewer with links to additional school history, in the form of more photographs, the school song or various video clips of school events. In this way, the Heritage Trail has evolved into a lively interactive and multidimensional experience. 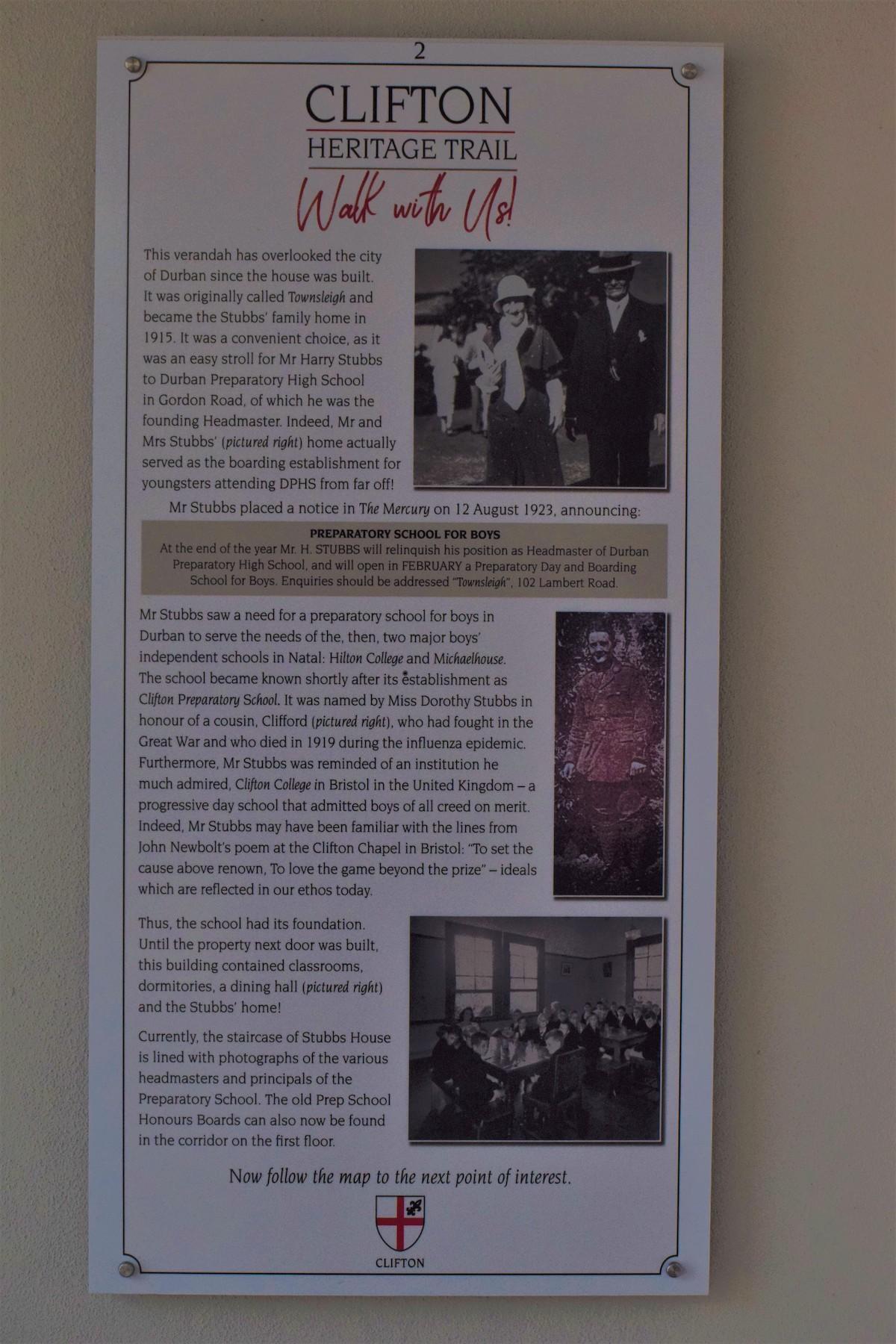 One of the heritage panels (Shaun McCabe) 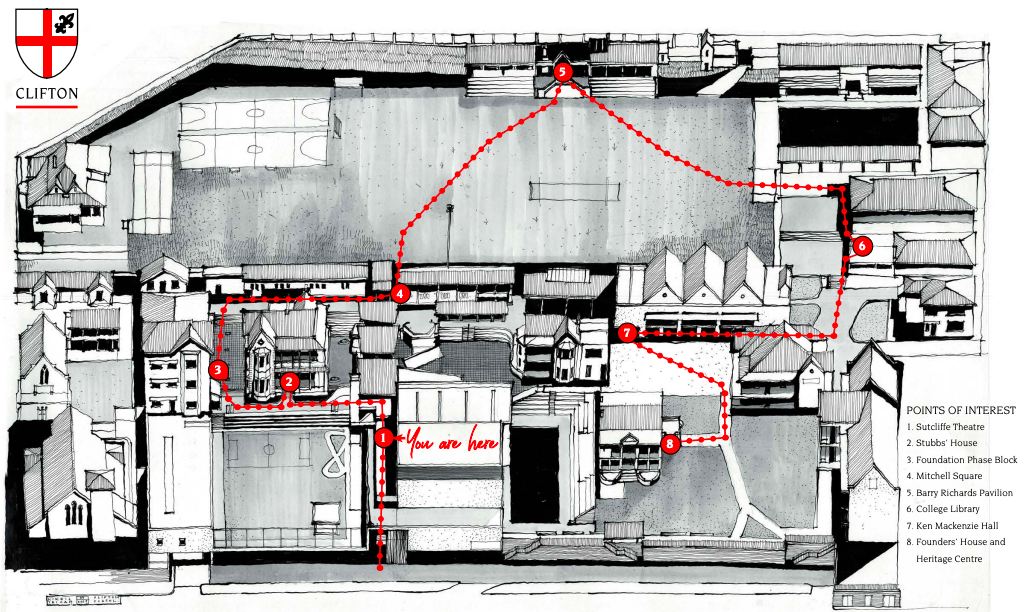 Map of the Heritage Trail 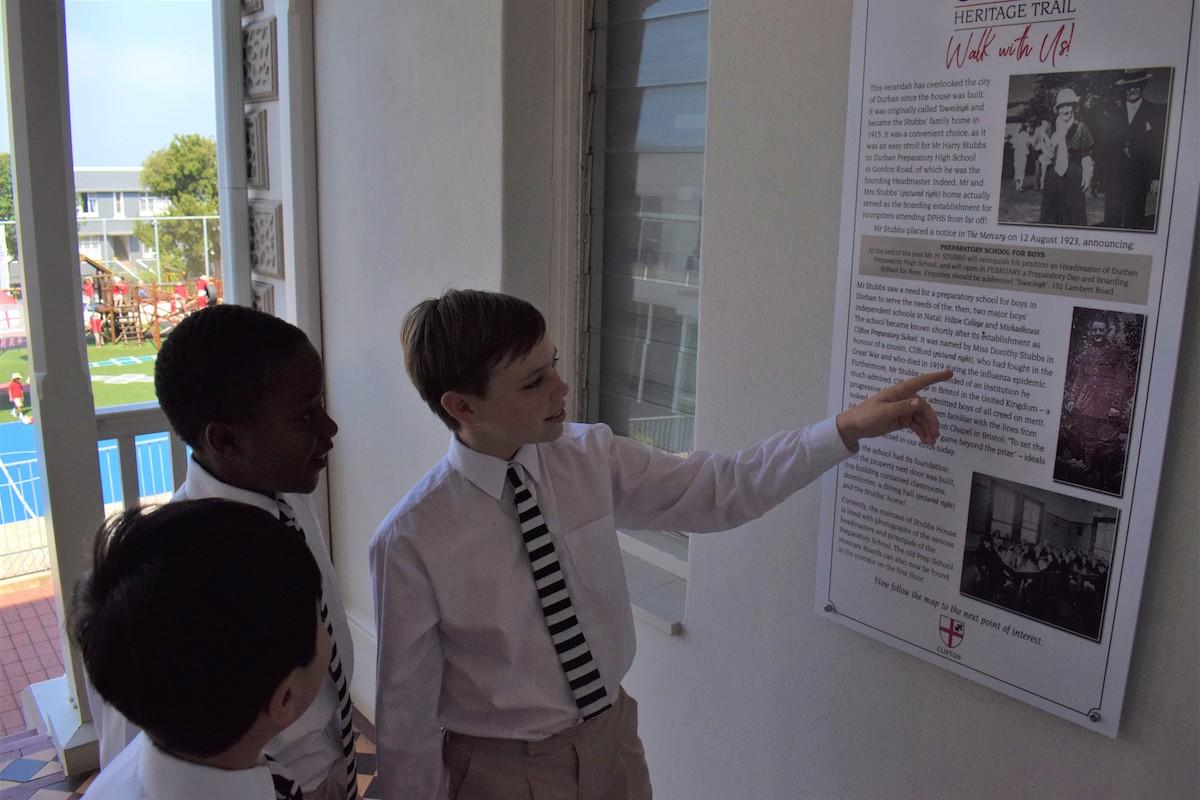 Engaging with the history of the school (Shaun McCabe)

Plans are afoot to expand the Heritage Trail into its second phase which will see the placement of plaques – not dissimilar to the Blue Plaques in the United Kingdom – on which we will celebrate the achievements of well-known old boys, such as Barry Richards, Tony Leon, Patrick Lambie, as well as past pupils such as Yashin Ramkissoon (the first young person of colour admitted after the repealing of Apartheid legislation) and Iain Robertson (NUSAS President and 1960’s activist). These Red Plaques will link the panels of the trail thereby forming a visual reminder of the school’s proud heritage.

Further projects to celebrate the heritage of the school include: implementing a naming policy that will reflect the transformative values of the school, the construction of a memorial garden and the expansion of the Heritage Centre through ongoing acquisitions. There are also plans to create an onsite Old Boys’ Office.

In 2024, Clifton will certainly be well-placed to welcome back all our Old Boys, to a school in which their contributions live and are remembered.

Shaun McCabe is director of culture and international programmes at Clifton School.