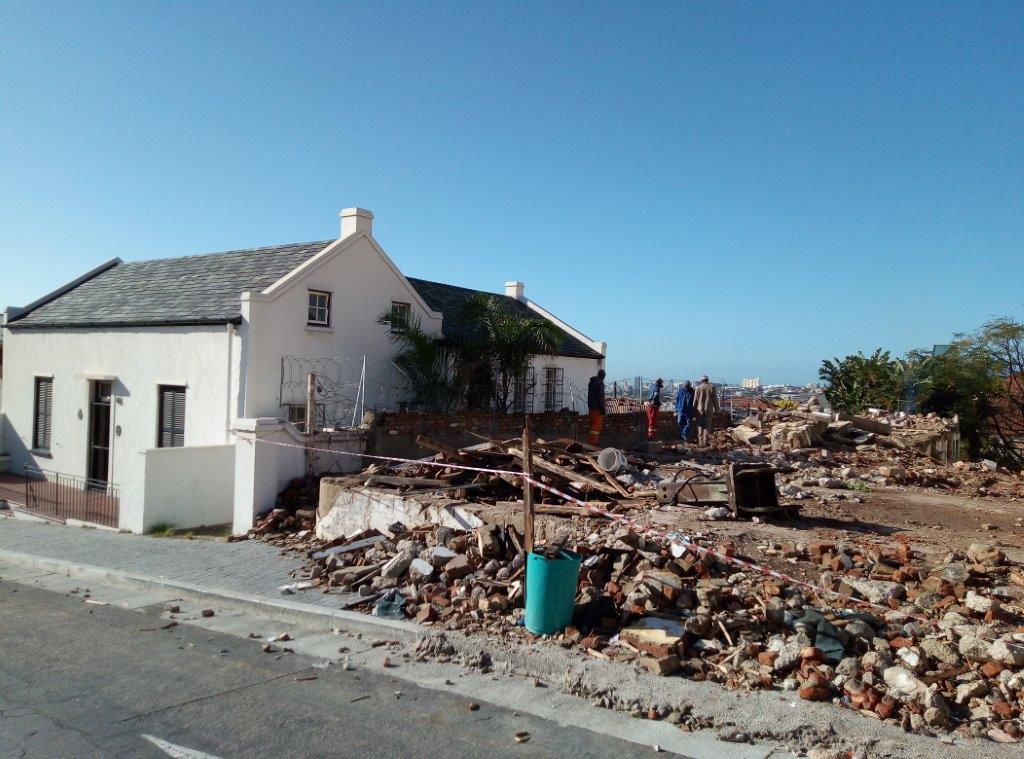 We have now lost not one, but two buildings along our Donkin heritage trail in Port Elizabeth. A sad week for tourism in PE. These documents of the past are gone, especially when seen in relation to number 7 Castle Hill museum, a provincial heritage site.

Until last month, Castle Hill contained a core of original buildings dating from 1831 to the 1850’s; the parsonage of Rev Francis McCleland (No. 7 Castle Hill - 1831), Sterley Cottages (No’s 10 and 12) and Jarvis House (Malbador). “Malbador”, as it is now known, was built for Alfred Jarvis, a well-known businessman, around 1848/49. He came from Northampton, England, and was in Port Elizabeth by 1833 and in 1838 he married Sarah Smith in St. Mary’s Church and there were 5 children. He was in partnership with Benjamin Norden and a founder of the PE Bank. 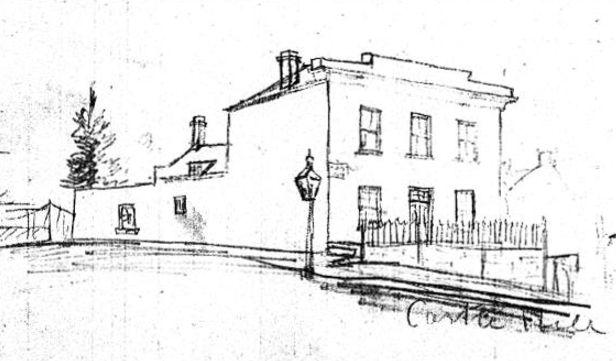 Sketch of Jarvis House circa 1880

Jarvis purchased two pieces of land from Rev. Francis McCleland and transferred to him in July of 1847 one on which he built his house (no 9) and the other piece of land being the corner of the former Garrison Company’s garden in Bird Street, next to the vlei. Jarvis left the city in 1859 and died in 1869.

The house was very prominent at the top of Castle Hill. In that period it was on the very edge of the settler town and would have had a commanding view of early Port Elizabeth. It can still be clearly seen in photographs taken from the South Jetty in 1881.

This Victorian era detached townhouse had a Georgian façade with a parapet of which there are not many examples remaining in Port Elizabeth. The structural external walls on the lower course comprised stone and loadbearing (half baked) brick, with interior walls of lath and plaster, which was a rare survival. The roof was originally hipped (as it remained) with two chimney stacks.

It is estimated that the house was on the land by 1848/49 and it appears in a lithograph entitled “A Southern view of Port Elizabeth” from circa 1849 by WA Harries. There is an early sketch by Thomas Baines (1853) and quite a few lithographs from the early life of the house.

This building is now gone and the tourist streetscape marred by open spaces. Questions should be asked about why the inspector did not stop demolition as instructed, until the requirements of Section 7 of the National Buildings regulations act had been satisfied. No demolition may take place until all applicable laws (in this case the National Heritage Act) have been adhered to. It would appear that in the last few days, that same inspector arrived and made an “on the spot” judgement that the building was structurally unsound, and the demolition hurriedly began.

Jarvis House and No 7 Castle Hill Museum via Andrew Reed.jpg 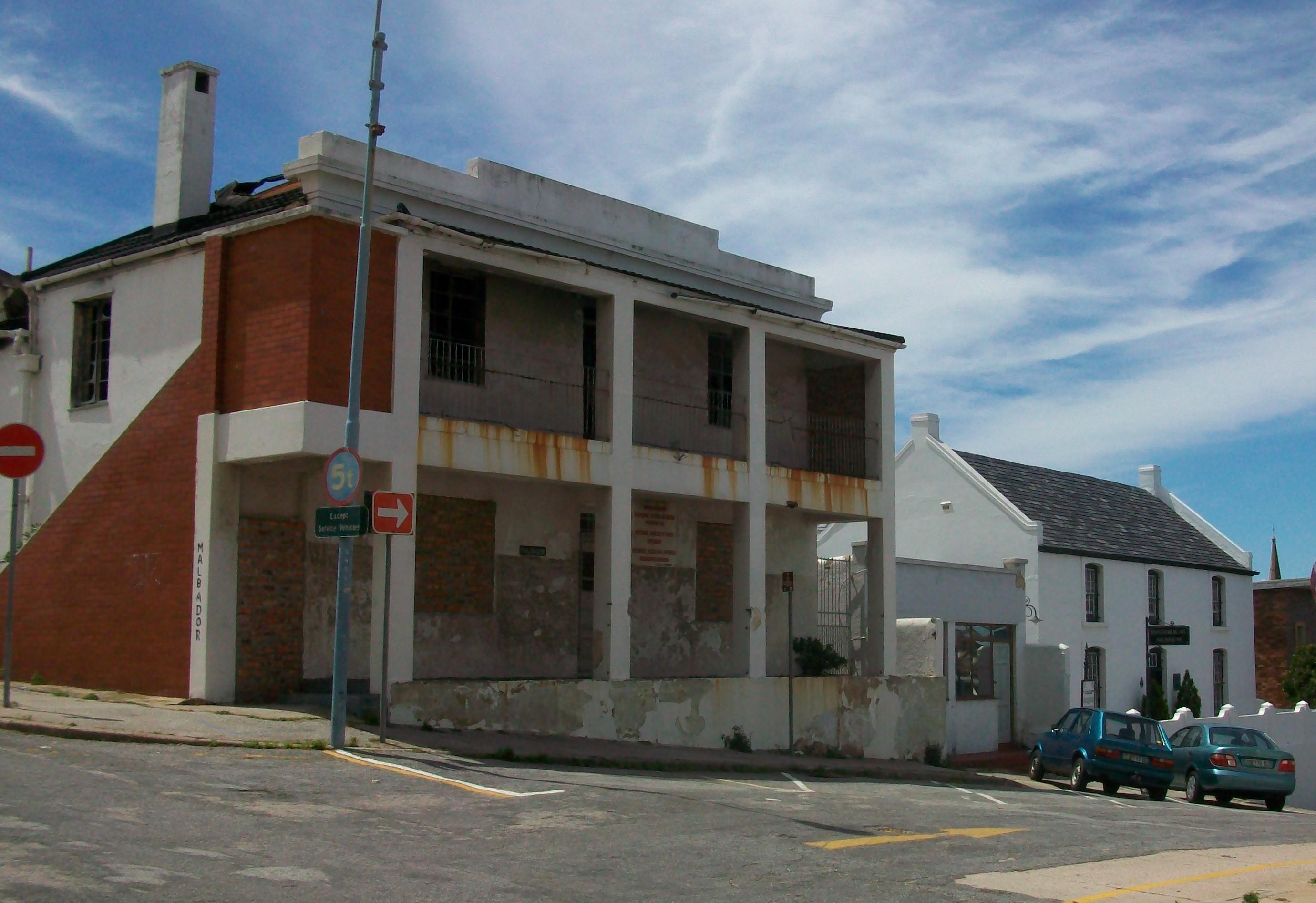 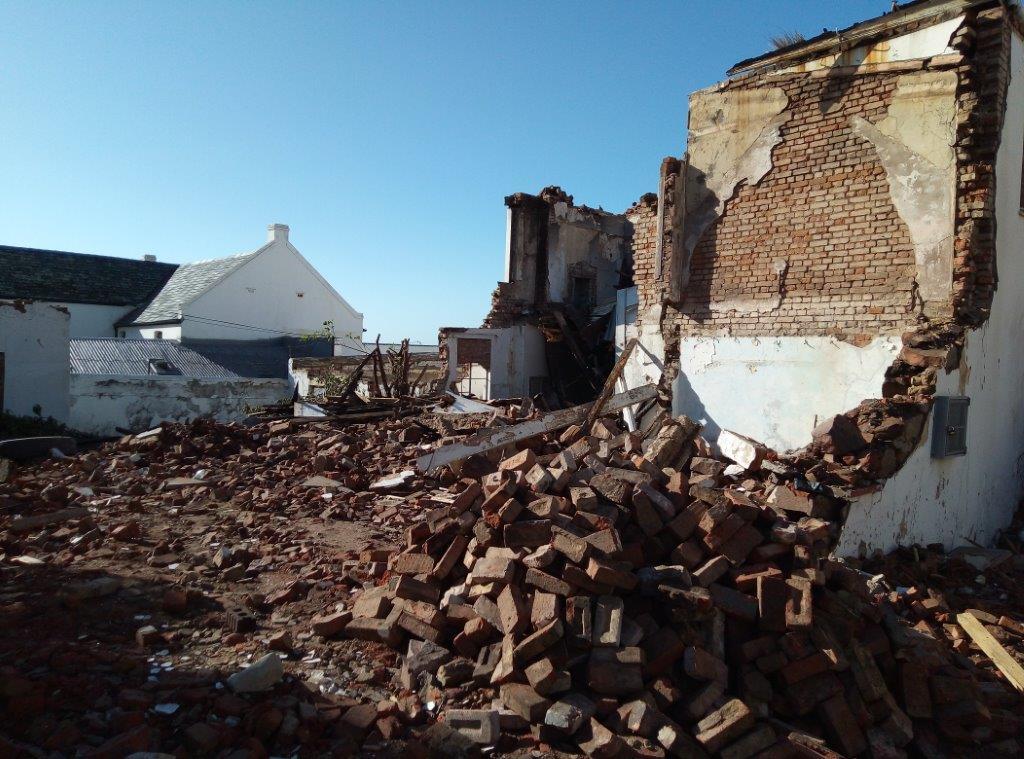 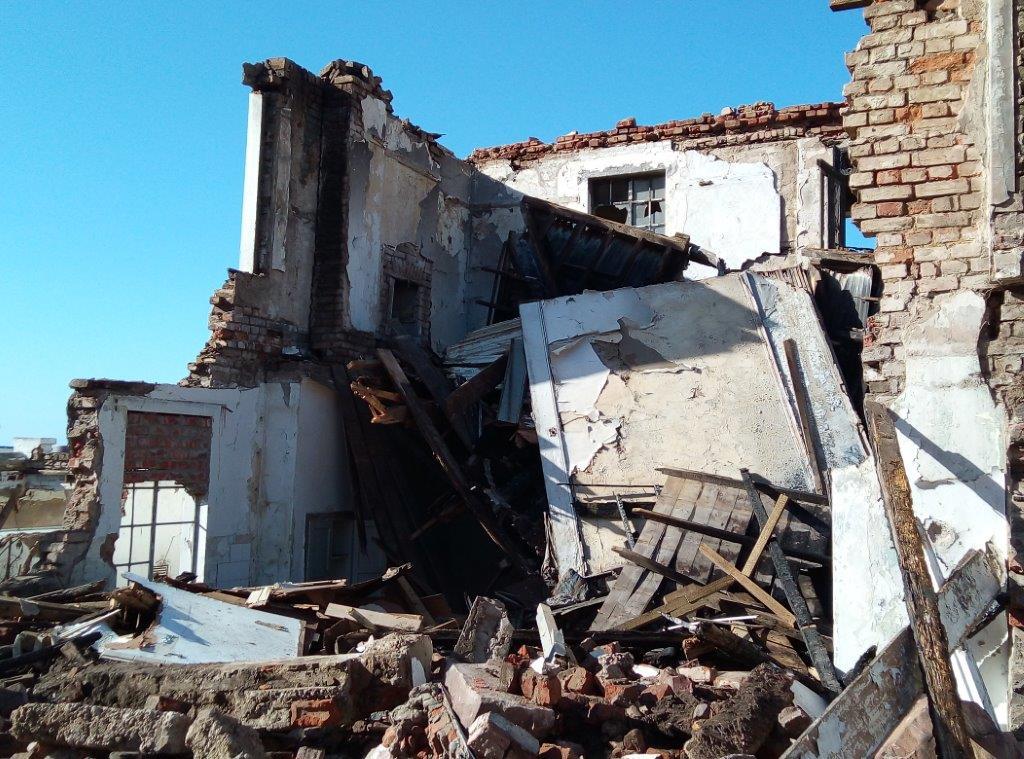 Photos of the demolition

Also, rather fortuitously for the owner, the PHRA (Provincial Heritage Resources Authority) “dropped the ball” and botched procedure. A demolition, even when passed, would have to impose conditions on further developments. This is a tourist hub, a parking lot is an unacceptable solution.

The objections of interested parties were also not escalated to an appeal process. Citizens, do not assume law enforcement and other officials have the best interest of citizens at heart. The people of Port Elizabeth will have to fight hard to keep our heritage from being destroyed by selfish greed.