The History behind the Heidelberg Klipkerk 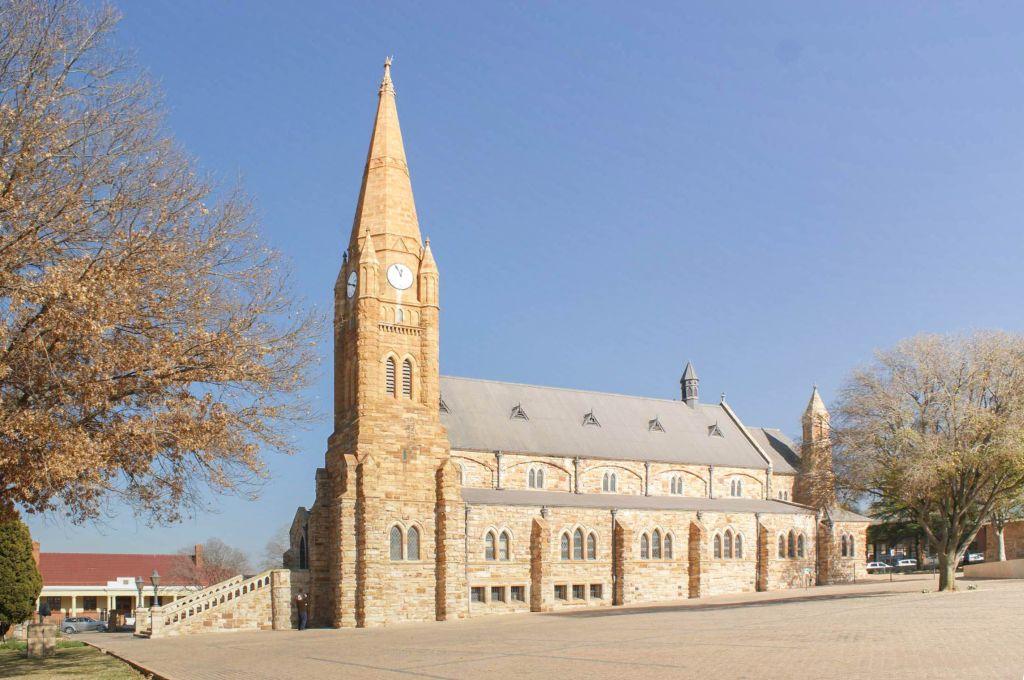 In this article, I'd like to cover a bit more than just the Klipkerk (translated stone church) and delve into some pre-history and related history. Two related church communities appear in this history. There is the Nederduits Hervormde Kerk and the Nederduits Gereformeerde Kerk, both translated to English as Dutch Reformed Church. Throughout the article I will use the abbreviations NH and NG respectively.

Heinrich Ueckermann, the founder of Heidelberg (click here for details), had something to do with that, being the secretary of the church council responsible for affecting payment to the contractor. From the records we know that the cost was 6326 pounds, 5 shillings and 2 pennies. 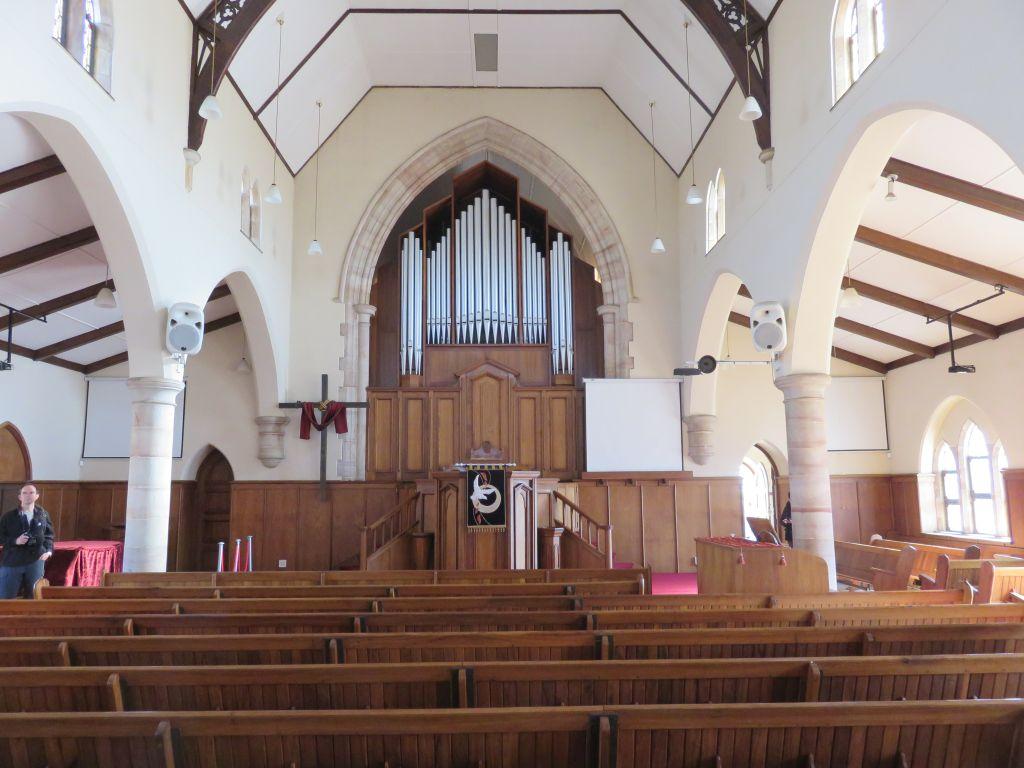 Inside the Heidelberg NG Church

The Klipkerk was constructed by the United Church, a union negotiated in 1885 between the NH and NG churches. That is why the corner stone calls it the ‘Herformde of Gereformeerde Kerk’,  the ‘of’ is Dutch and means ‘or’.

The unity didn’t last very long as by 1888 there was already a breakaway group of NH supporters that formed their own congregation in Heidelberg. A strange development was that the minister of the United Church, NJ van Warmelo (click here for more information), who had come to Heidelberg as a NH minister in 1867, stayed with the United Church, but his wife and daughters joined the break away group, with her becoming the organist.

It was not a complete separation, the United Church carried on under that name and in 1889 decided that a new church was needed. This was going to be the Klipkerk. 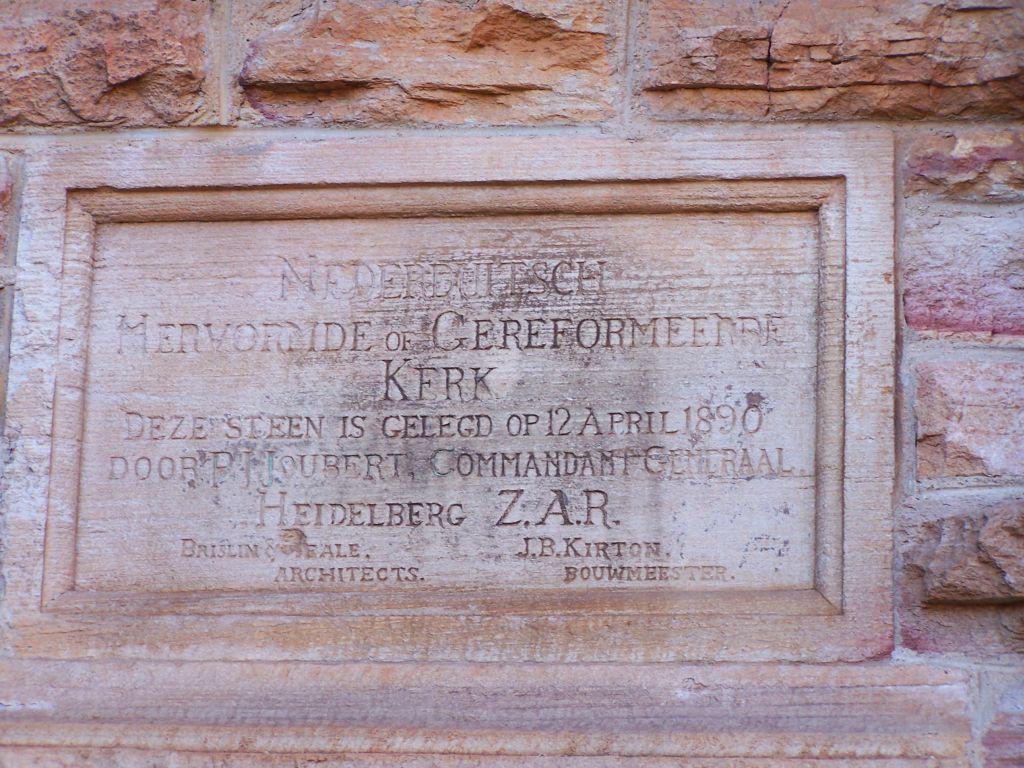 The corner stone was laid by Kommandant General PJ Joubert on 12 April 1890 and the church was inaugurated on 13 March 1891. The architects were Brislin & Seal and the contractor was JB Kirton. The church was designed in the Norman style, as is seen in many churches in England and Scotland, with support buttresses on each side plus rounded arches over windows and doors. The purpose of the support buttresses in the older churches was not for added beauty but to keep the walls together. I expect that this was not the case here, being built on solid rocky ground.

With the splitting up of parts of the United Church, it was necessary to separate the properties and give each group their fair share. The situation became quite acrimonious. Reaching agreement was not possible and even Paul Kruger failed to arbitrate. More details about the arguments can be found in ref 4. The bit about how NJ van Warmelo's widow refused to vacate the rectory makes for fascinating reading.

It was finally settled in the Supreme Court, which in 1897 allocated the Klipkerk building to the United Church and the pastorie (rectory) to the NH.

The older Kruiskerk was at that point in time still standing, but is not mentioned in the judgement. Could it be that nobody wanted it? It was finally demolished in 1898. It is worth noting that the name United Church continued to be used for some time. A stone plaque in the entrance hall marks the renaming of the church back to Nederduits Gereformeerde Kerk in 1959.

Interesting events over the years

The church suffered no physical damage during the Boer War. The basement at the south end was used after the war as a classroom for Afrikaans children until a new school was built in 1907 (the Volkskool).

In 1909 the tower collapsed but fortunately no one was harmed. This was soon after the Rev. Louw and some members of the church council had climbed up into the tower to inspect some structural defects (cracks, I would think). The collapse happened during the lunch hour of the same day and made a big racket. The reverend who was sitting at the lunch table two blocks away immediately knew what it was and said “daar val die toring” (there goes the tower). 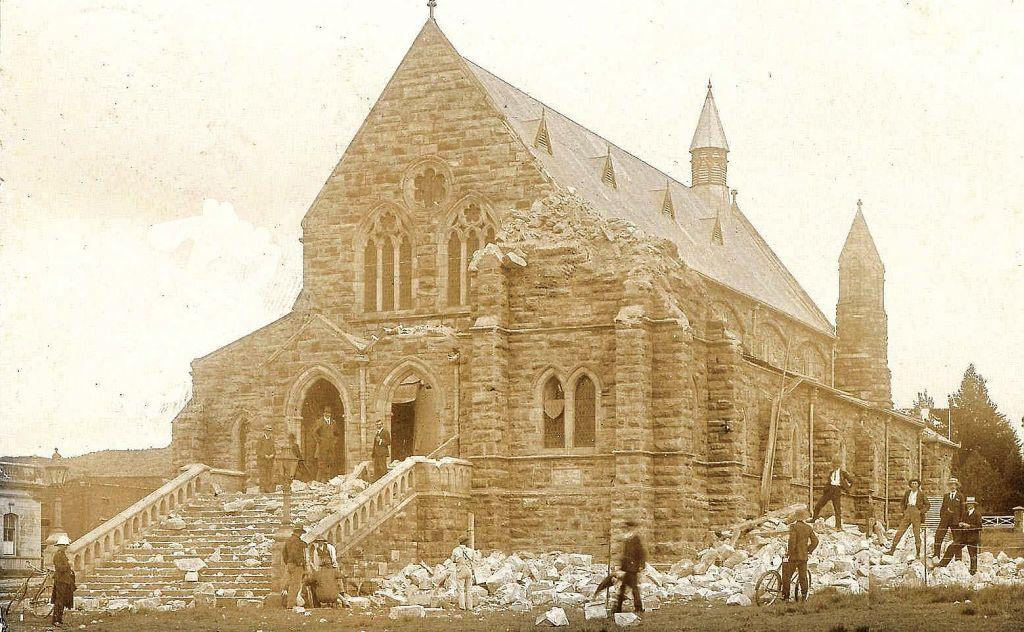 The cause of the collapse was identified as bad workmanship and three days of continuous rain. But as can be seen in the picture, the collapse was not from a weakness in the foundation, the lower part is still standing. It is a third of the way up that the tower broke off. Thus bad workmanship and / or weak design is plausible. A new tower was constructed to look the same as the collapsed one. It was inaugurated with a service conducted by JD Kestell.

Due to an increase in the number of worshippers, renovation and remodelling of the church interior had become necessary by 1954. The number of seats was increased by adding a seating gallery. A significant change was the removal of the stone pulpit which had been there since 1891, to be replaced by a smaller, wooden. The stone pulpit was moved to the Hoér Volkskool for storage. There is talk now to bring it back to the church. 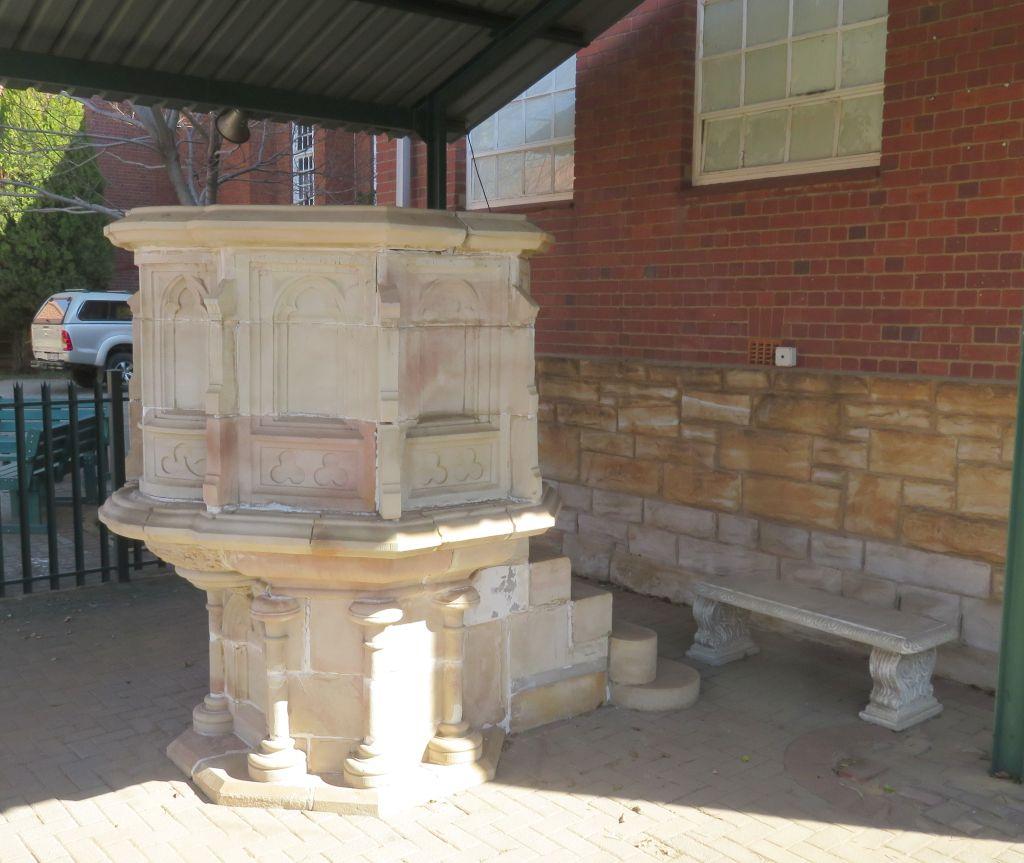 A fire occurred in 1967 damaging some of the church interior. The repair costs totalled R33 000.00. In 1971 the building was declared a National Monument.

And what had become of the NH congregation which split off from the United Church in 1888? They re-established themselves with their own minister. I don’t know which church they used immediately after the split. In 1932 they built a beautiful church two blocks away designed by Gerard Moerdyk. 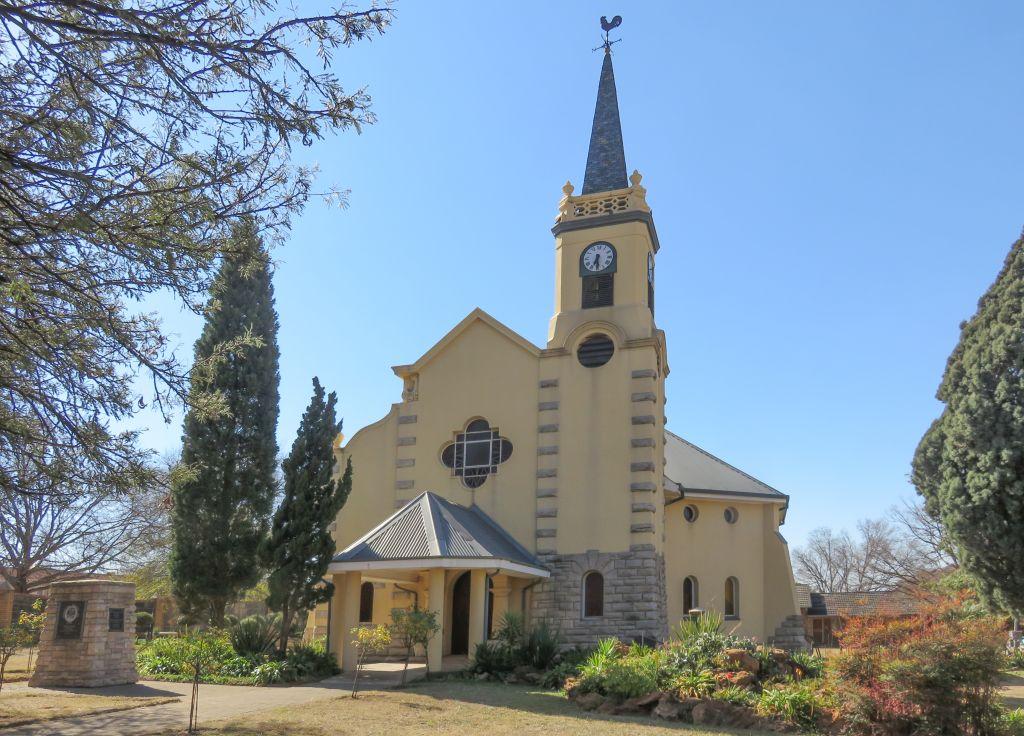 About the author: Horst originated from Germany many years ago. He has spent a lifetime working for some of the major chemical companies. Throughout his life he has had an interest in local history and has now, in retirement, made this his major hobby. He believes in not just doing the exploration and research but also writing down his findings. Check out his website here. Right now he is in need of new partners to join in this endeavour. Email horst.o.muller@gmail.com to find out more.

3. “Highlights in the history of the Dutch Reformed Congregation Heidelberg (Klipkerk) 1865-2008”, collated by Ed de la Harpe and Walter Doubell