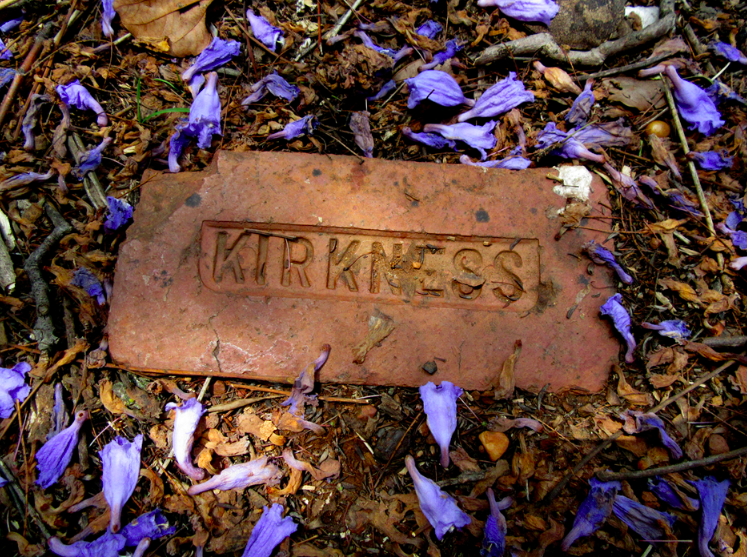 An article by Adrian de Villiers on The Heritage Portal in 2017 highlighted the history and importance of Kirkness bricks made in a Pretoria brickyard, starting in 1888 (click here to view). At the UNISA Sunnyside campus, bricks from this historic Pretoria brickfield were used and individual bricks are lying about in the gardens, as the photograph above (taken in 2020) attests. Many famous buildings in Pretoria like the Raadsaal for the Transvaal Republic and the Union Buildings, and Groote Schuur Hospital in Cape Town, have Kirkness bricks, roof tiles and flower pots.

A Mr JJ Kirkness established John J Kirkness Ltd and built the Kirkness Brick Factory in Groenkloof under the name of Groenkloof Brick, Tile, and Pottery Works in 1888 and pioneered the production of high quality bricks in South Africa. This factory grew with the years and was capable of an annual output of 50 million bricks, plus a range of other fired clay elements such as columns and fireplaces, roofing tiles, quarry tiles, structural hollow tiles and decorative landscape earthenware. The bricks were also used to build the Normaal Kollege on the northern parcel of the Sunnyside campus. It looks like some of the bricks also ended up on the southern side of the Sunnyside campus. Also, the attractive Kirkness brick fire places were deployed in hundreds of homes and public buildings in Pretoria and beyond – and may also be in many of the heritage houses on the UNISA Sunnyside campus.

While a heritage assessment of the southern campus at Sunnyside has been done to assess the value of the buildings, as discussed in the UNISA Master Plan (2014), bricks and brick fireplaces are not specifically mentioned. If not done, the Sunnyside buildings should be assessed for the heritage value of the bricks and fireplaces. Nine of the old houses have been identified for demolition according to the Master Plan (2014) and many of them may contain Kirkness bricks and fireplaces.

At the UNISA Sunnyside campus, while many doomed old houses are deemed too badly deteriorated to save, the brick work stands out as remarkable (as in the walls of a Sunnyside campus outbuilding below) and should be assessed for their heritage value. 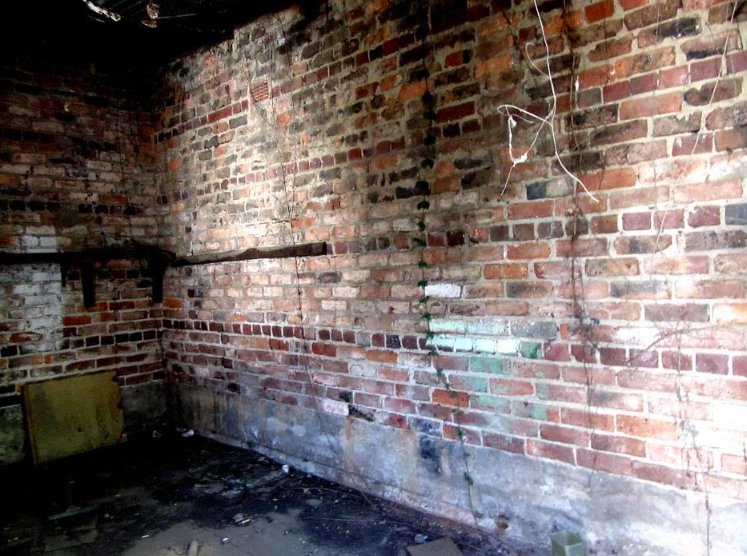 Also, as many of the houses on the UNISA Sunnyside campus have wonderful brick fireplaces (see examples below), and they may be Kirkness fireplaces which were sold in kit form. These fireplaces should be assessed for their heritage value. 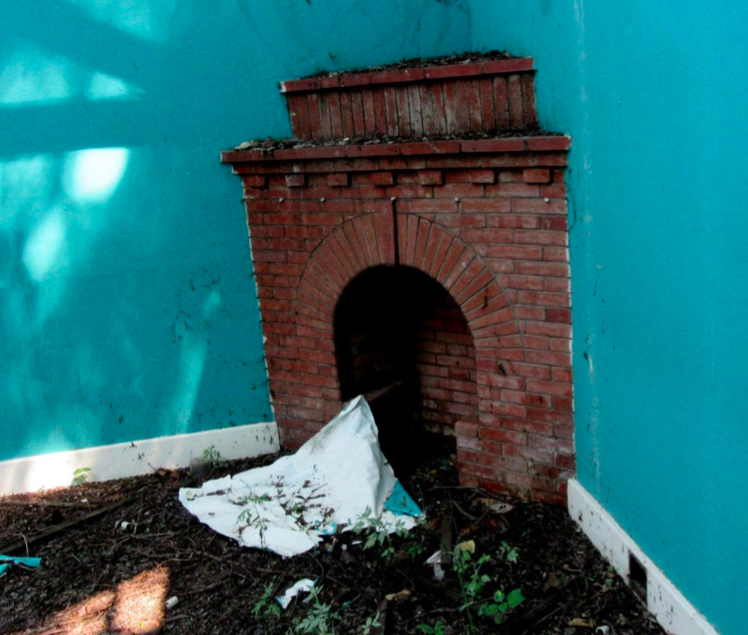 This lovely corner fireplace is in a room that is now open to the elements, with weeds growing in the fireplace (2018). 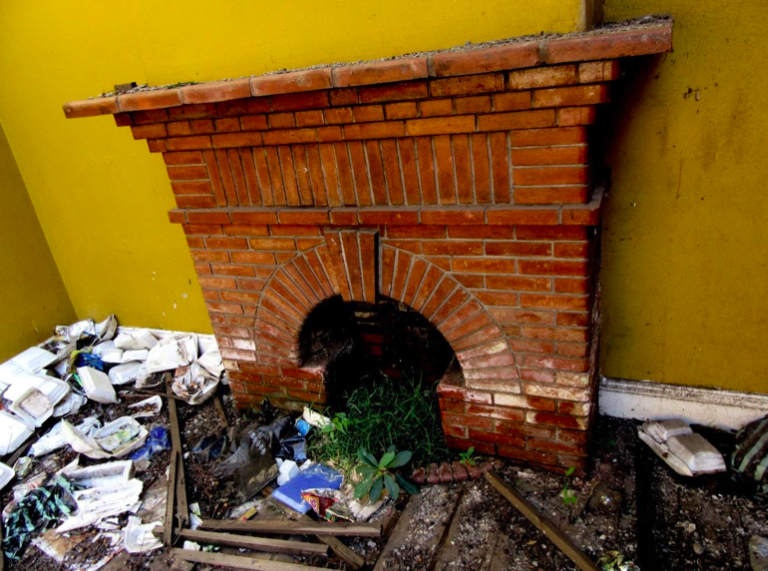 Another stylish brick fireplace in a room in one of the Sunnyside campus houses that is now open to the elements. 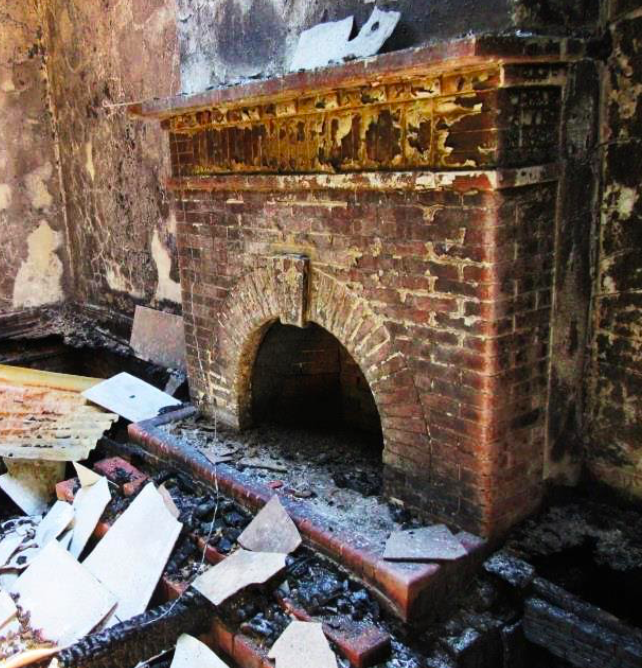 This beautiful brick fireplace was in one of the Sunnyside campus houses that burned down in February 2020.