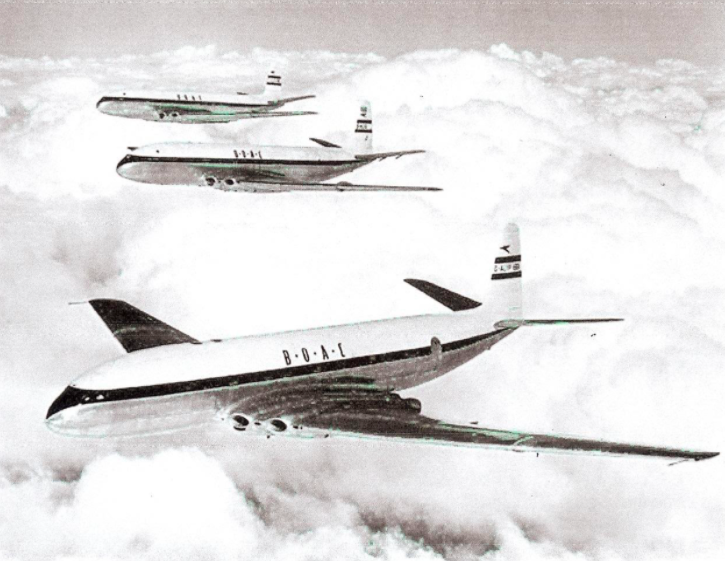 On 8th April 1954, South African Airways flight 201, travelling from London to Johannesburg via Rome and Cairo, crashed into the sea just north of the island of Stromboli, with the loss of all persons on board. Barely three months earlier, another Comet, operated by BOAC (British Overseas Airways Corporation) had crashed into the sea off the island of Elba, having taken off from Rome's Ciampino Airport a short while before. Both Comet disasters made worldwide news: the revolutionary de Havilland Comet was the first - and at that time - only jet airliner to have flown in service.

Location of wreck of SA201 - Wikipedia.png 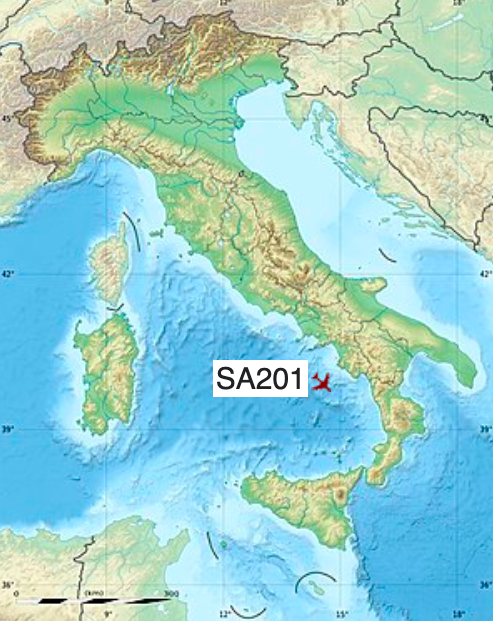 Flying for the first time in 1949 - a full eight years before the Boeing 707 - the Comet was indeed a revolutionary aircraft. Not only was it the world's first jet airliner, it would cruise at altitudes far higher than other commercial airliners of the time: the DC-4 flew at an altitude of 22,000 ft, against the Comet's 40,000 ft; the Comet would cruise at almost 500 mph compared to the "rival" DC-4's 265 mph.

The de Havilland pioneers had a host of "firsts" to tackle in the design of the new aircraft, not least of which was pressurisation at higher altitudes than airliners had ever flown before. After exhaustive testing, the Comet entered commercial service on 2nd May 1952.

A Comet similar to the accident aircraft (via Wikipedia)

After the BOAC Elba crash, an exhaustive investigation was launched to determine the cause of the disaster. Royal Navy vessels recovered 70% of the main structure, 80% of the power section and 50% of the aircraft systems. No definite reason was established for the crash although modifications were carried out to address every possibility that imagination had suggested.

Three months later, after the SAA crash off Naples/Stromboli, the entire Comet fleet was again grounded, and full scale investigations commenced. Although the "Black Box" Flight Recorder system had been invented back in 1939 - in a basic form - it was not introduced to commercial airliners in a developed form until 1960, so the investigators had no communication to go on, nor any witnesses.

Tests by the RAE at Farnborough included submerging an entire Comet fuselage into a tank of water and then repeatedly pumping water into it, resembling re-pressurisation and over-pressurisation. Over a period of time this eventually did the trick as the cabin, under extreme pressure, burst open at a corner of the forward port-side escape hatch cutout. Blame also centred on the square windows where it was found that they had been punch riveted although designed to be glued and riveted.

In future, all passenger aircraft would have rounded windows, to prevent cracking at the corners. Again, a host of modifications were recommended and the findings of the Inquiry sent to all aircraft manufacturers - including the United States, which was still at the time developing the Boeing 707.

It took another four years before the Comet resumed commercial flights again, by which time it had lost the lead to the United States. But a military version of the Comet 2 and 4 - the maritime Nimrod - was to remain in service with the Royal Air Force for almost sixty years.

"RAE was the Royal Aircraft Establishment at Farnborough - a research unit under the Ministry of Defence; in 1988 its name was changed to Royal Aerospace Establishment and in 1991 to Defence Research Agency. 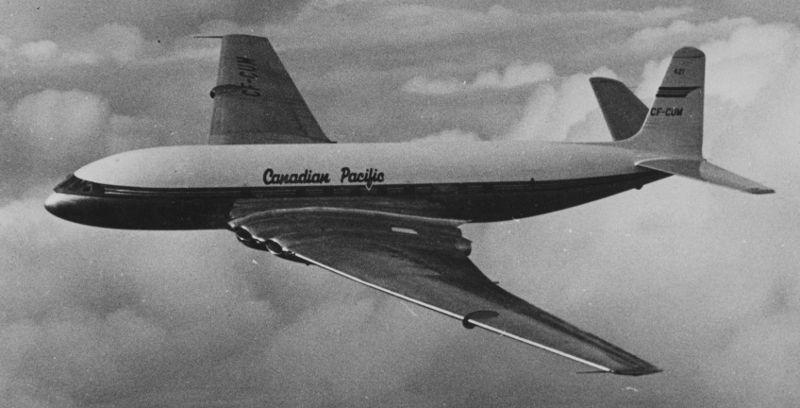 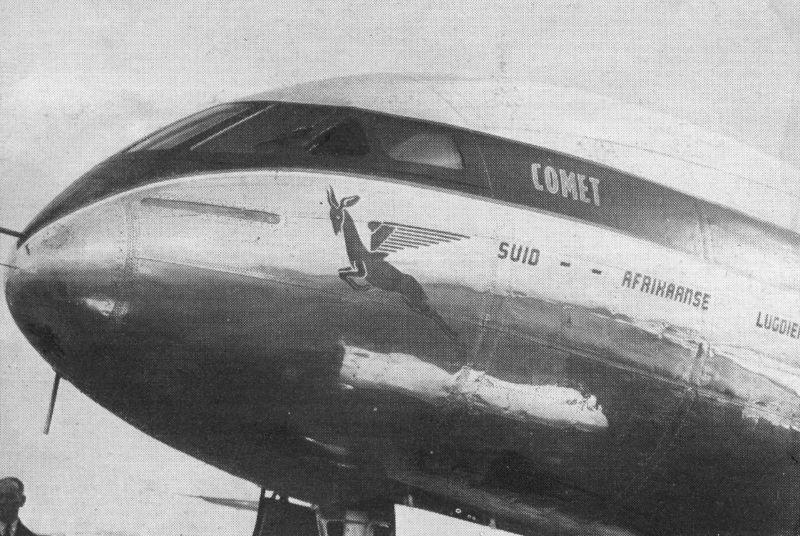 On 5th March 1966, BOAC Flight 611 crashed shortly after taking off from Tokyo, killing all 113 passengers and 11 crew members. The Boeing 707 crashed near the active volcano Mount Fuji.

Shortly before take-off, the crew contacted air traffic control requesting permission to fly nearer to Mount Fuji, possibly to give passengers a better view of the landmark. Investigations into the crash found that the "probable cause" was that the aircraft encountered abnormally severe turbulence just prior to the accident. No distress call was received and the Flight Recorder was destroyed in the fire. 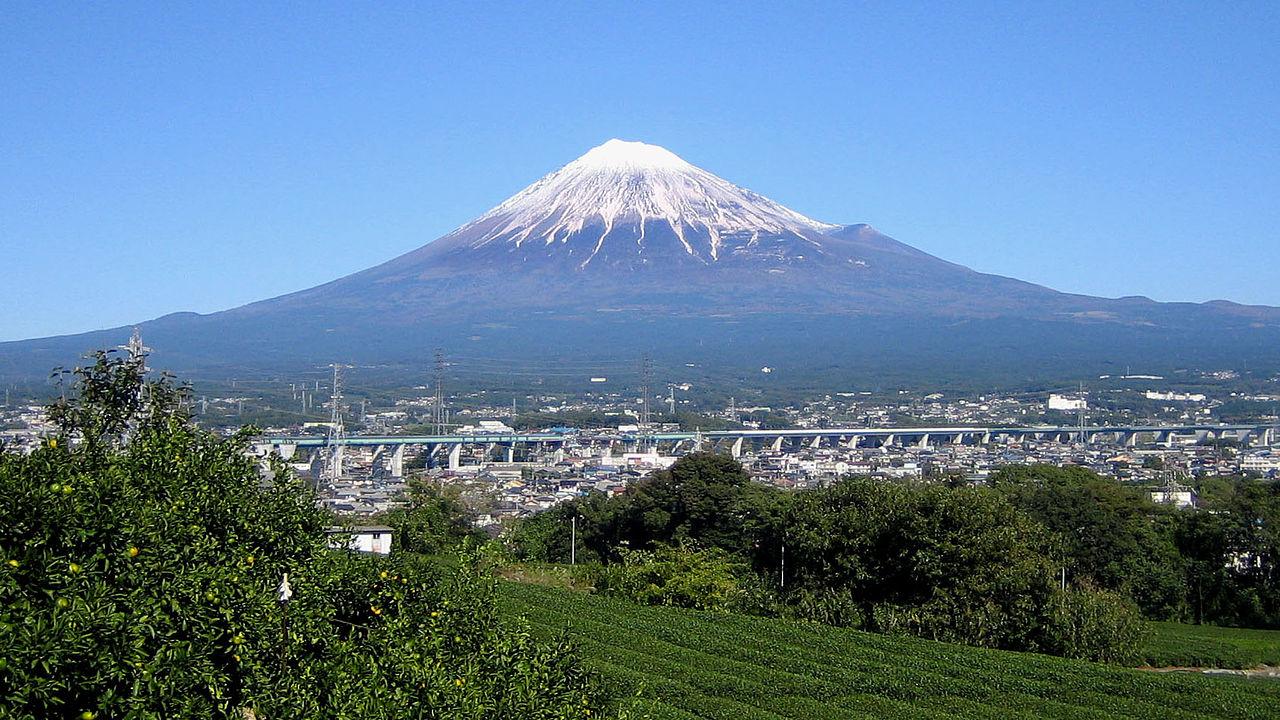 On 24th June 1982, a British Airways Boeing 747 flying high over Java, Indonesia, experienced a terrifying incident when all four engines failed, one by one, and the airliner started a "glide descent". The passenger cabin filled with smoke and people looking out of their windows noted that the engines were unusually bright with light shining forward through the fan blades and producing a stroboscopic effect.  The captain then prepared to ditch the 747 into the Indian Ocean. At 13,500 ft they attempted to re-start the engines, and, one by one they restarted again. The aircraft had flown through volcanic ash from Mount Galunggung.

A nearly identical incident occurred on 15th December 1989 when a KLM Boeing 747 flying from Anchorage, Alaska, flew into a plume of the erupting Mount Redoubt, causing all four engines to fail. Once the flight had cleared the ash cloud, the crew was able to restart each engine and then make a safe landing in Anchorage. 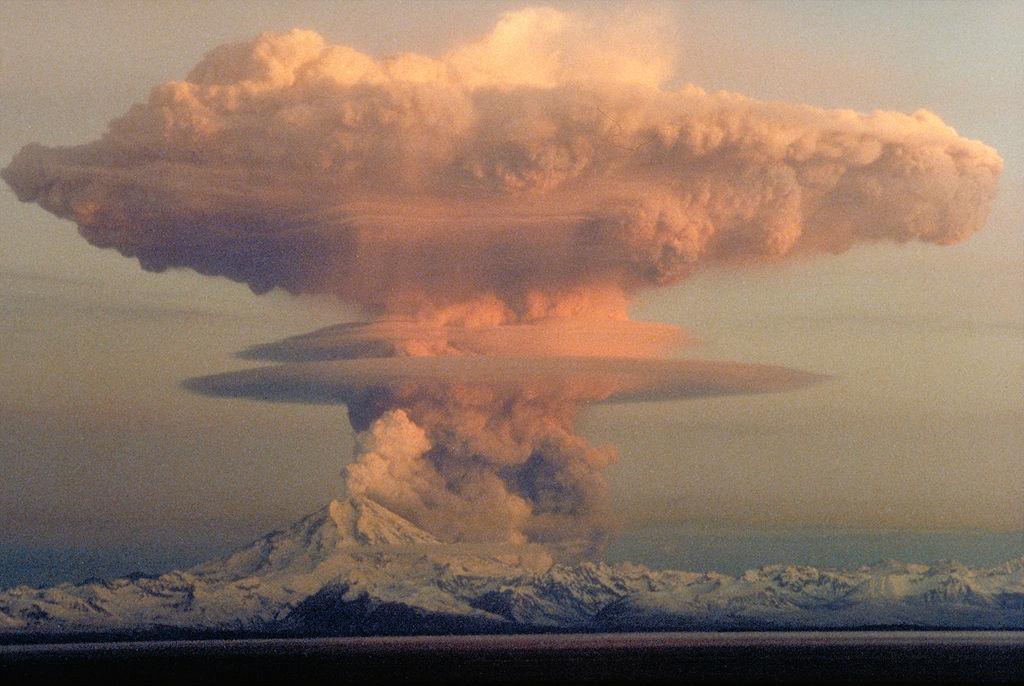 Over the past few years, air traffic throughout Europe has been been severely affected by Icelandic volcanic activity, with all flights into and out of Europe being grounded for lengthy periods of time, causing chaos to airports and to the travelling public.  By now, air safety authorities knew about the hazards of volcanoes, and took sensible precautions.

Satellite image from 22 May 2011 of the volcanic plume above Iceland - NASA Goddard Space Flight Centre - via Wikipedia.jpeg 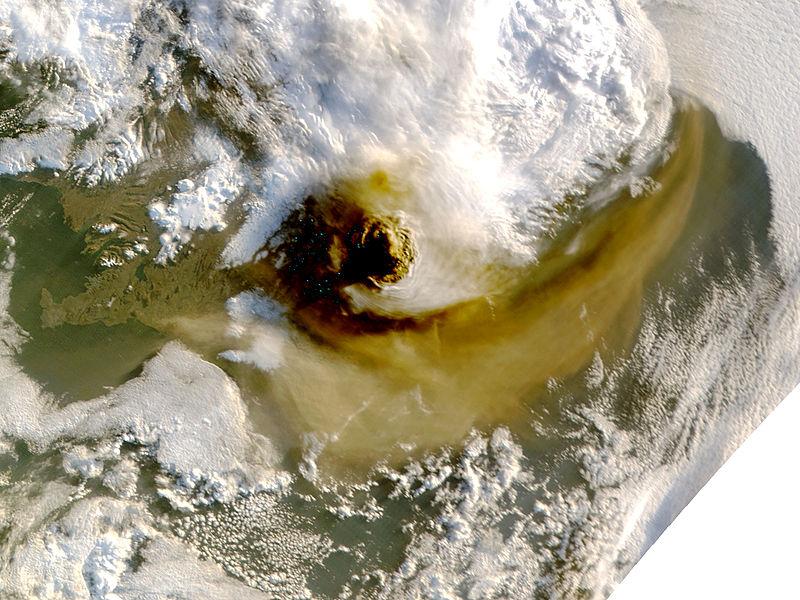 The two Comets which crashed within three months of each other, had both taken off from Rome; this led to speculation that sabotage must have been the cause; the aircraft were not the same age, in terms of flying time: the "Elba" Comet had flown 3,681 hours, whilst the SAA Comet had flown 2,704 hours. Remember that the "water torture" test Comet at Farnborough burst open at 9,000 hours.

The first Commission of Inquiry - into the "Elba Disaster" could not arrive at a conclusion. The second disaster - the SAA Comet - was more complicated: there was not much wreckage to go on as the plane had crashed into deeper sea between Naples and Stromboli. Stromboli, it should be noted, has been in "almost one continuous eruption for the past 20,000 years", according to experts.

The Commission of Inquiry into the second disaster opted for the "water torture" tank testing at Farnborough, which had been carried out on a nearly-new fuselage. When the fuselage burst open at a simulated life of 9,000 hours, the Inquiry felt they had the answer. Is it possible that the teams of scientists working on the Comet disasters got it wrong?

Yes, they made numerous recommendations for changes and modifications which undoubtedly made jet age airliners safer for all of us today, but their technology was of the 1940s and 1950s; they had no previous jet airliner history to fall back on: all their research had to be of a pioneering nature. So is it possible, just possible, that the real cause of the Comet disasters was the almost constant activity of Italy's volcanoes? 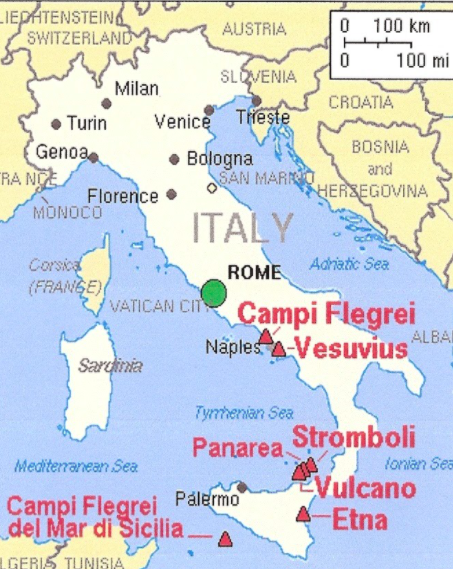 Sudden flame out of the 1950's de Havilland Ghost jet engines - as happened to the British Airways 747 so frighteningly 28 years later - was unheard of in 1954, and would the crew have known how to handle such an emergency with very different aircraft systems to those in use today? Could the cause of the 1954 disasters been volcanoes? Could it have happened?

Note from the author: This SAA disaster happened when I was a schoolboy living in Pretoria. I wrote to Sir Geoffrey de Havilland, the head of the company which bore his name and the manufacturer of the world’s first jet airliner, the de Havilland Comet. I sympathized with him giving my views on what might have caused the crash. We had a number of exchanges, and he invited me to join his company when I had finished school!  My mother refused to allow me to leave the country, so nothing further happened of this!