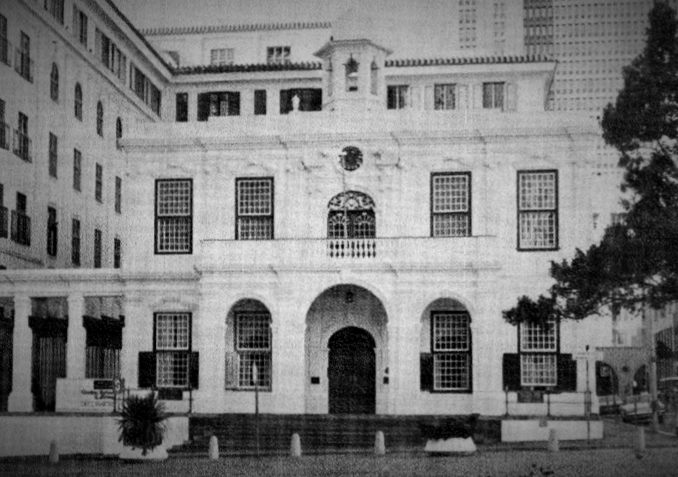 In 1979 Elizabeth Lankenhall, Public Relations Officer for Gordon Verhoef and Krause, penned an article for Restorica, the journal of the Simon van der Stel Foundation (today the Heritage Association of South Africa). The piece looked at aspects of the history of the landmark Old Town House in Greenmarket Square Cape Town. Thank you to the University of Pretoria (Restorica copyright holders) for giving us permission to publish.

The Old Town House in Greenmarket Square, Cape Town, is of particular historical interest as it was never in fact used as a dwelling house. It was originally a Burgher Watch House, erected in 1755 on the site of an earlier Watch House, used by the Burgher Watch and the burgher councillors.

The Burgher Watch House, then, was "the place where the burghers keep Watch at night", the captains and officers also taking turns to do guard-duty and "together they must see to it that order is maintained in all things". The guard duty included the building itself and the patrolling of the streets.

In the evenings and at night a sentinel was posted before the building, and a drummer was also on duty to beat the drum, for instance in case of fire. The building was also the official meeting place of the burgher councillors, the representatives of the burgher community who were consulted by the government on matters affecting the colonists.

The name of the designer of the Old Town House seems to have escaped record, but there are notes of transactions such as the purchase of a brass door-knocker and escutcheon plates, and payments for the carving of fanlights which were ordered in 1758 and are probably those still there today. 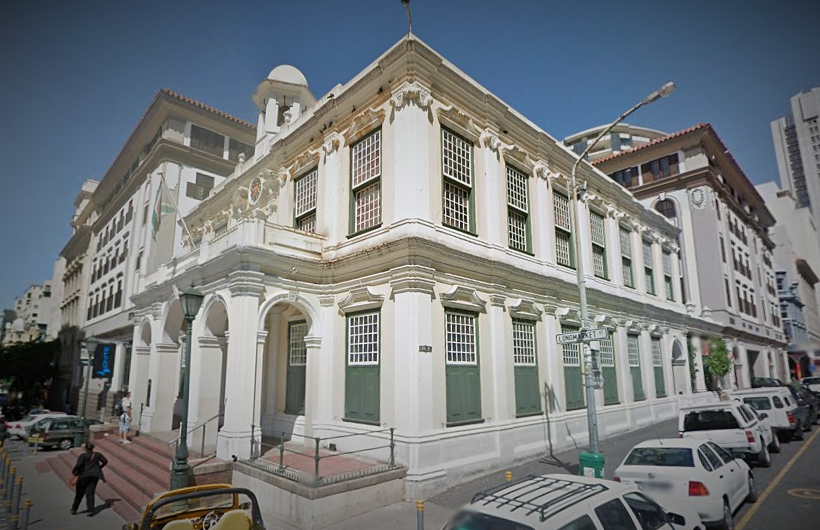 In 1910 the art connoisseur and collector, Sir Hugh Lane, came to South Africa to help establish the Johannesburg Municipal Art Gallery. He was disappointed to find that Cape Town, the Mother City, was fast losing many of its links with the past and he conceived the idea that Cape Town should become the home of a collection of paintings of Dutch and Flemish masters from the century in which the city was founded. He extended his own collection of paintings of this period planning that it should be donated to South Africa. The collection was in fact purchased by Sir Max Michaelis in 1913 and 1914 he in turn gave the collection to the Union Government on condition that it would be properly housed. One of his reasons for making this gift was that students of art should have the opportunity of studying old masters in their own country (click here more details on the collection).

In 1913 the Municipality of Cape Town decided to transfer to the Union Government the Old Town House to be redesigned internally to make it suitable for housing the Michaelis Collection. Mr. J M Solomon, a well-known Johannesburg architect was entrusted with this task. There was hardly anything left of the original 18th century interior - neither did Solomon, in re-designing it, strive to reproduce a Cape interior of the 18th century.

Although Solomon mentioned at one stage his "lengthy tour through Holland to procure designs and embellishments to give a thoroughness to the task", and he undoubtedly saw a number of things that influenced his design, the resultant interior is a personal fantasy, showing traces here and there of what may have influenced him.

In September 1915 the 18th century building adjoining the Old Town House, which had formerly housed the Cape Town Fire Brigade, was demolished. On this site a small garden was laid out with a colonnade on one side. The influence of the English architect, Sir Edwin Lutyens (1869-1944) can be seen in the layout of the garden in which there is a bronze bust of Sir Max Michaelis, placed in a fairly high niche, above a mortared basin which is inlaid with blue and white tiles, mainly 18th century, and depicting ships.

An intricate task recently carried out by Cape Town's Gordon Verhoef and Krause was the relaying of an area of herring-bone brick paving in the garden. A section of this paving was found to be sloping towards the walls of the building itself, and water which collected there, particularly during heavy rains, was damaging the fabric.

Gordon Verhoef and Krause lifted the entire area, relaid it so that it sloped slightly in the opposite direction, away from the walls, and then carefully replaced the herringbone brickwork, taking great care to match the new work with the old. Their work also included completely redecorating the exterior, using a thermoplastic paint system which allows for a certain amount of movement in the walls.