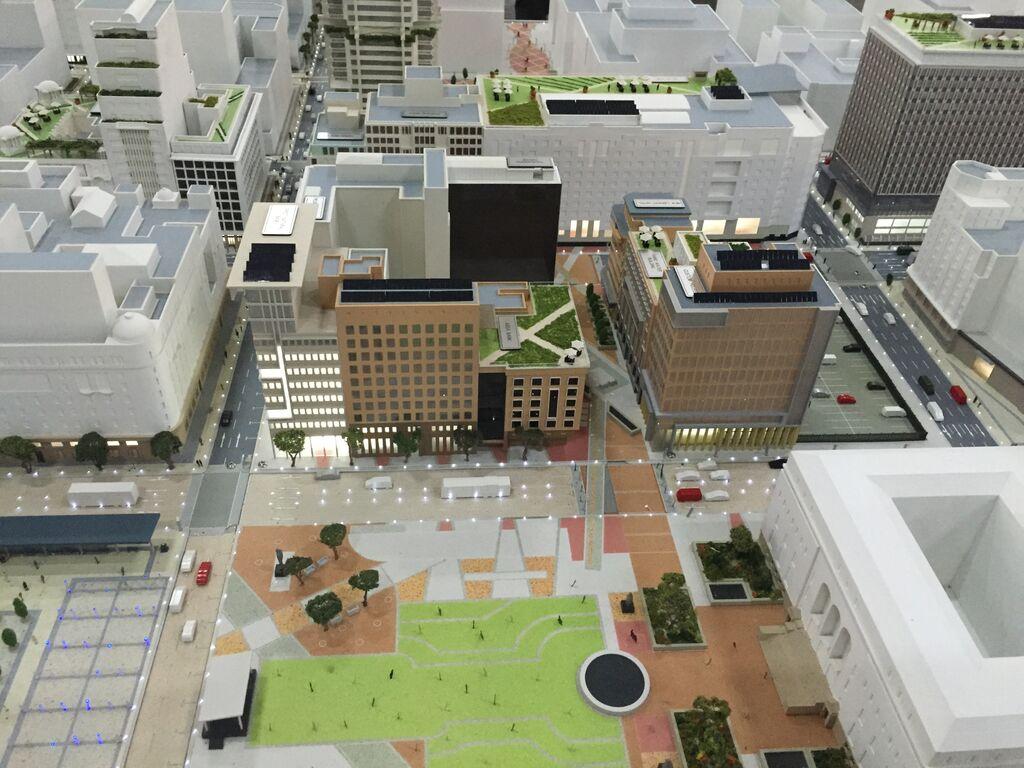 [Originally published 19 July 2015]  A scale model of the proposed Kopanong Precinct was prominently on display at the Gauteng Infrastructure Investment Conference at Gallagher Estate this week. According to a project flyer distributed to attendees the project will entail the rehabilitation, development and management of twenty-one inner city buildings. The objectives of the project are:

It is clear that the provincial government is pursuing a Public-Private Partnership (PPP) vehicle “to deliver the project and manage the precinct and precinct buildings”. The project is listed as an official PPP project on the website of National Treasury. At the end of June 2015 the Gauteng Department of Finance also issued a tender for the appointment of a PPP transaction advisor. The tender documents note that four buildings in the precinct are listed heritage sites (namely the New Library Hotel, SARB, Clegg House and Montrose House) and that six buildings are older than 60 years (New Library Hotel Building, ABSA Building, Old Reserve Bank Building, SA Permanent Building, SARB and Clegg House). [The information regarding listed heritage sites should be checked with the Provincial Heritage Resources Authority Gauteng (PHRAG) and local heritage groups. We have not been able to find official documentation stating that these sites have been officially declared. This in no way diminishes their significance of course]. 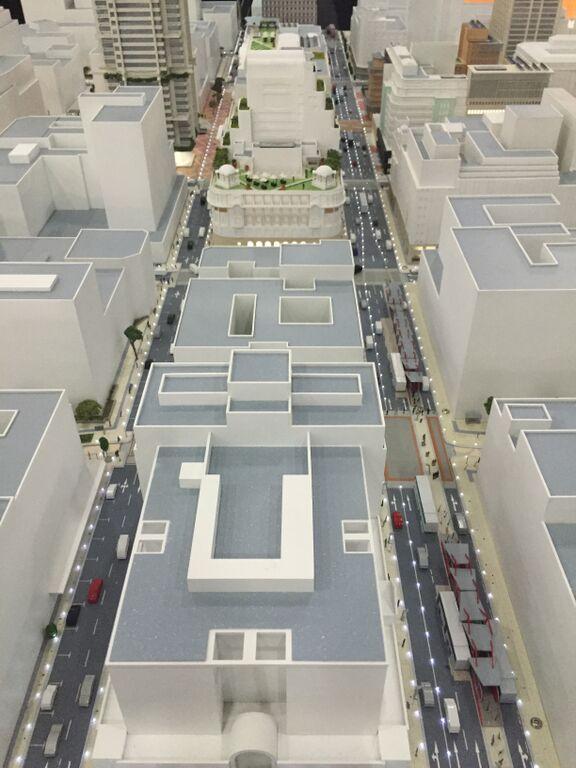 The report also states that:

The heritage reports… indicate that six of the buildings will trigger the requirement to have a permit issued prior to development. In addition, three of these buildings are listed as heritage sites and because of their heritage status may require additional conditions, or restrictions in respect of the development. The necessary heritage permits must be obtained prior to commencing with the development of the affected properties.”  [Note that the number changes from four to three]

Heritage permits were controversially issued in 2005 for the demolition of some of the buildings in the precinct causing uproar from the heritage community. In this context the tender document states, “Existing permits would need to be scrutinised to determine the continued validity thereof.” It would be interesting to see if any previously issued permits are still valid given the time that has lapsed and the new design concepts showcased at the conference.

That the provincial government has taken note of the concerns of the heritage committee is apparent, as it now expects greater cognisance of the history, evolution and memorialisation of the precinct as well as a new vision that is better aligned with the vision of the City of Johannesburg:

Accordingly, the Project Steering Committee has identified issues of heritage and Vision as critical perspectives for memorialization in the precinct of its history on the one hand and its vision as a stepping stone to a new history, with new makers of that history in the here and now, and those who will follow.

Ultimately the heritage community will have to wait and see how the final design proposals for each of the identified heritage buildings will respond to these concerns. However, from the artist impressions and model presented there is new hope that buildings previously earmarked for demolition might still be saved and rehabilitated.

Although some alterations were carried out after 2005 which among others resulted in the destruction of important panels by famed artist Eduardo Villa and the alteration of the Rand Water building “ to the point where… the architectural significance of the structure has been ruined” according to Herbert Prins, the project soon ground to a halt with many heritage buildings boarded off and left to effectively decay. Buildings such as Clegg House subsequently became targets of the pink paint attacks of 2014. 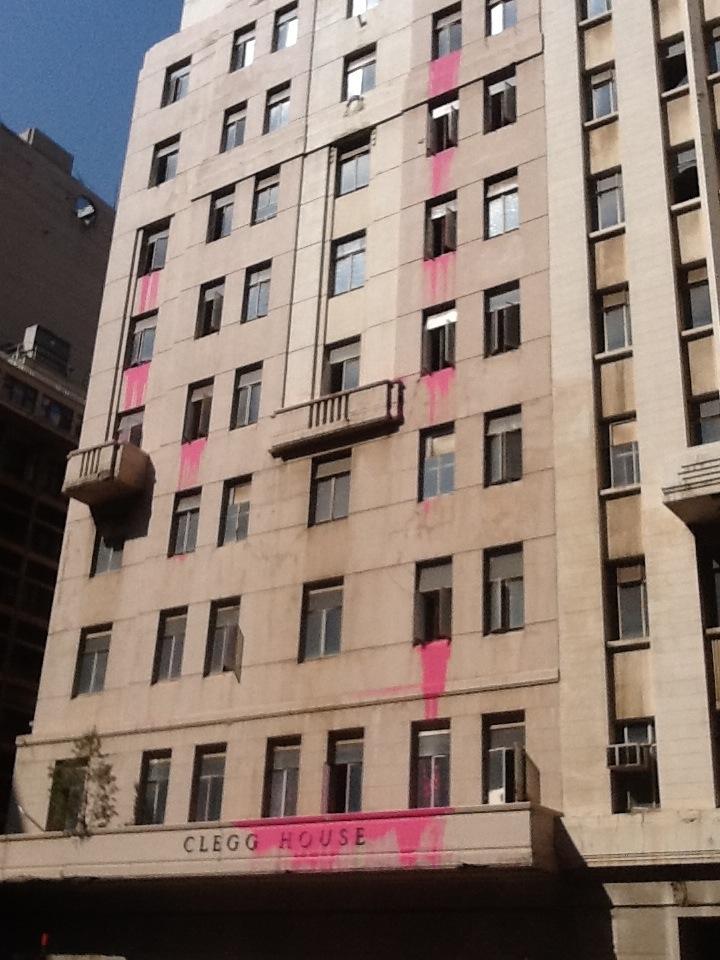