[Originally published April 2013] Urban Ocean is a name that has become synonymous with neglect and decay in Johannesburg’s Inner City. A visit to buildings like Shakespeare House and the CNA Building on Commissioner Street can only be described as depressing. In his Citi Chat column late last year, Neil Fraser commented that these buildings ‘look as though they have just been repatriated from Syria, totally disgracing the centre city area.’

In the early 2000s Urban Ocean began assembling a sizeable inner city property portfolio which included a number of fine heritage buildings. The stand out building was the (Third) Corner House, arguably one of the most significant heritage buildings in the country. It was the largest and tallest commercial building in South Africa on completion in 1903. It pushed the boundaries of technology and people came from far and wide to marvel at its size and luxury. For many decades the Corner House was a symbol of financial power in Southern Africa and the people and events associated with the building have shaped the history of the subcontinent. 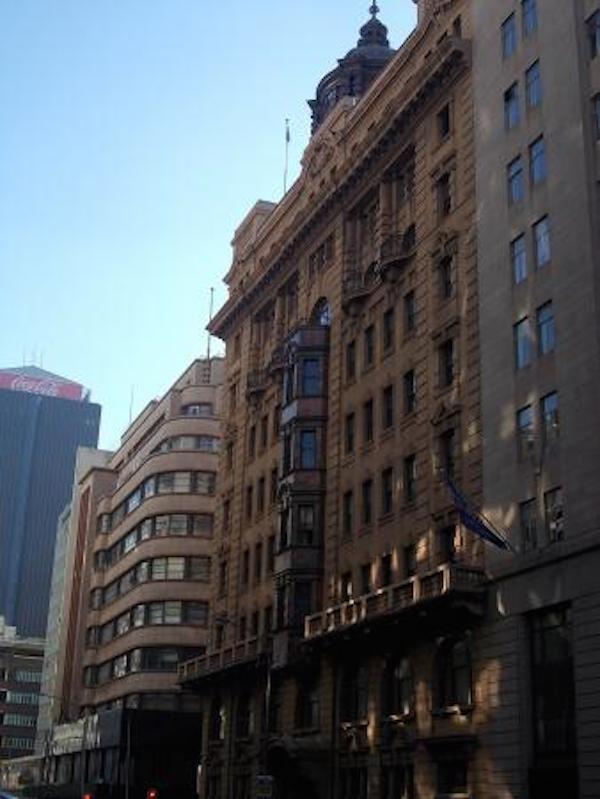 It was therefore no surprise that when Urban Ocean announced its plans (+- 2003) to transform the building into luxury apartments the news made headlines across the country. It quickly became a symbol of inner city rejuvenation and all that was possible for this part of Johannesburg. What followed can only be described as ten lost years characterised by delays, changes in strategy and broken promises. Who can forget the renewed excitement in 2008 when it was announced that the building would become a seven star hotel and be completed in time for the 2010 World Cup?

Having said all this The Heritage Portal is cautiously happy to report that this long sad chapter may be coming to an end. A site visit yesterday revealed a luxurious lobby nearing completion. Contractors were zipping in and out and the security guards gushed with pride about their building. A signboard announced current tenants to be found on at least five floors. It also included a footnote saying '...more exciting office renovations are currently underway on floors 3, 4, 6 and 7.' While access to the upper floors was restricted the traffic in and out of the lifts appears to indicate considerable activity.

Overall it is fantastic to see signs of life at this historic address. One can only hope that Urban Ocean has positive plans for its other buildings.