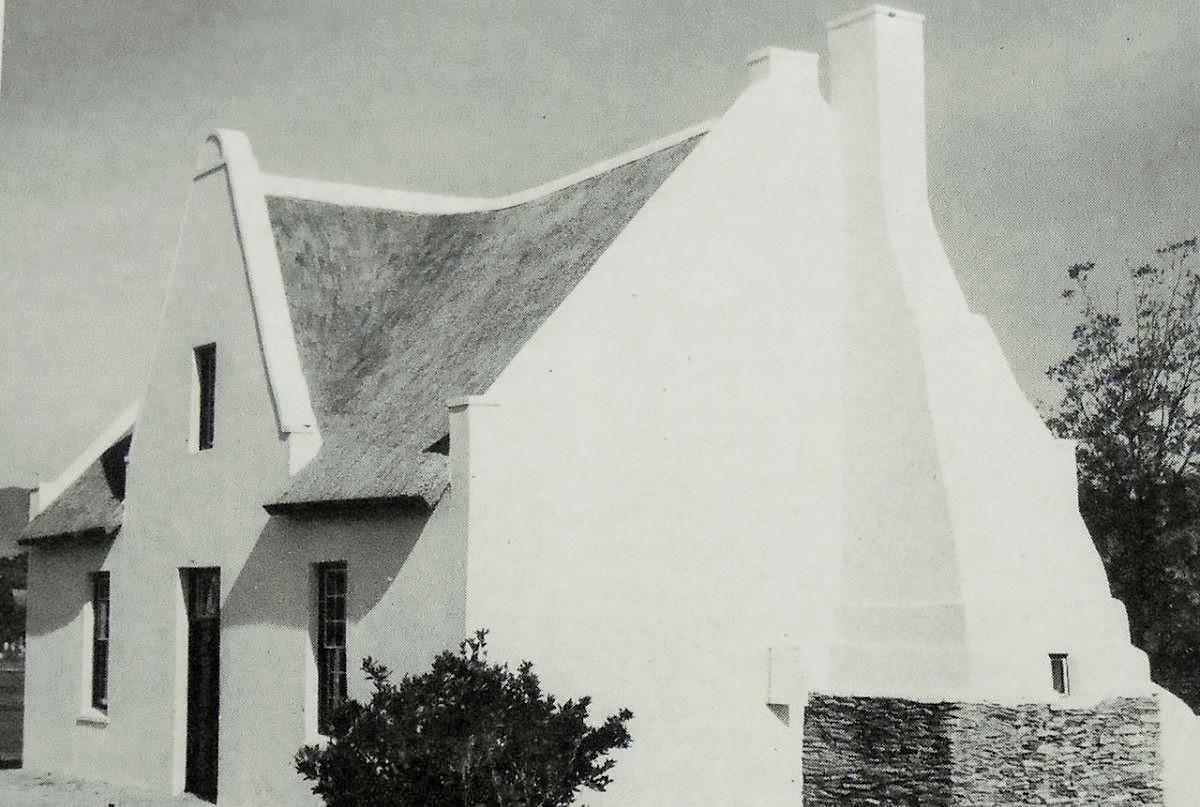 In September 1969 an earthquake hit the town of Tulbagh damaging a large number of highly significant buildings on Church Street. What followed was nothing short of remarkable as people from all over the country pulled together in a fight to save the built environment heritage of the town. The article below, which appeared in the Simon van der Stel Foundation's 1973 journal Bulletin, tells the extraordinary restoration story. A big thank you to the Heritage Association of South Africa (previously the Simon van der Stel Foundation) for giving us access to their archive. 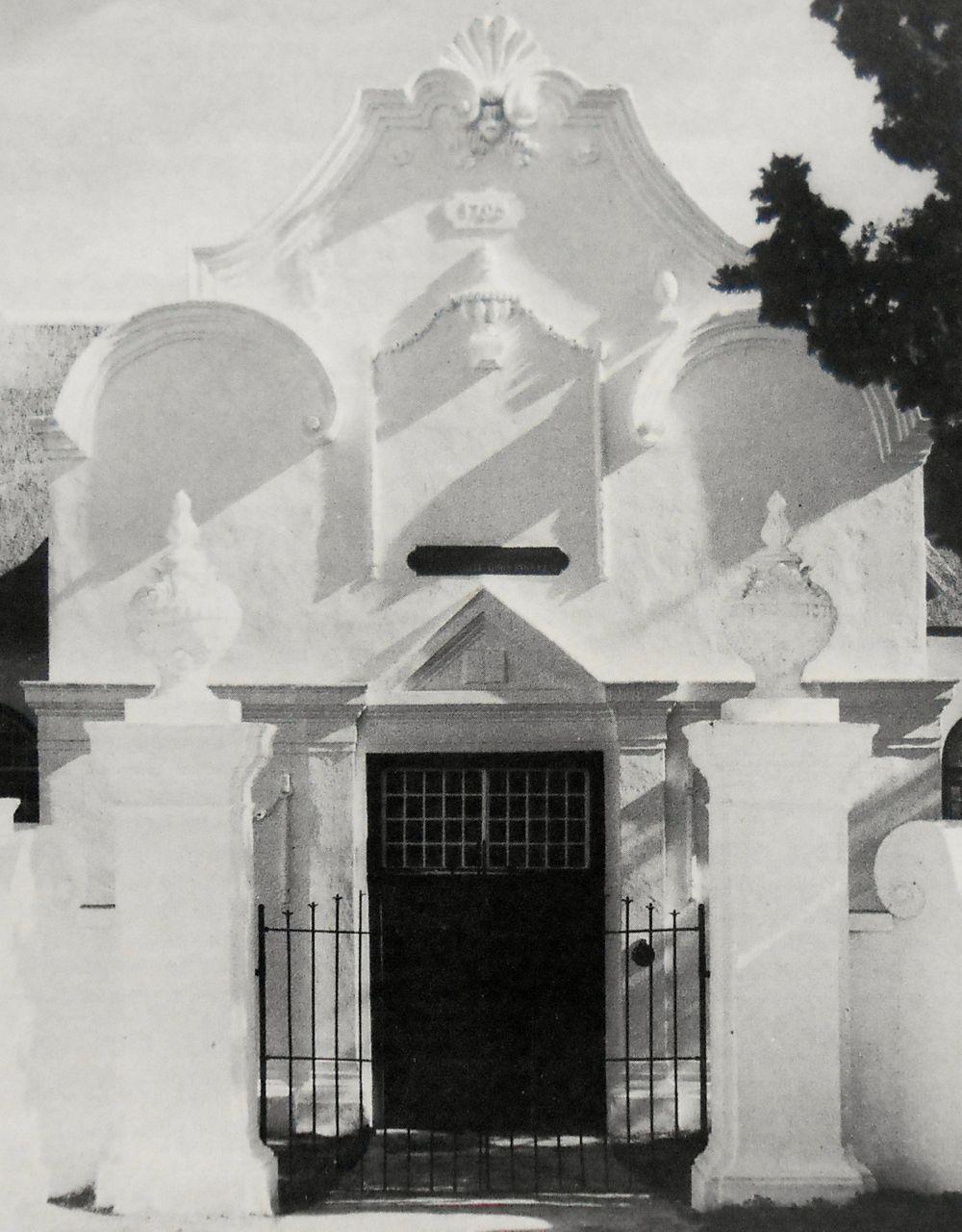 From the ashes of South Africa's worst earthquake rise the old buildings of Tulbagh. As in a dream haunted by distant memories they appear in groups down Church Street, recapturing the spirit of the past with such emphasis that it is difficult to believe they had ever been disturbed.

Tulbagh was near the epicentre of the worst South African earthquake in living memory, which struck the Boland on that fateful night in September 1969; and a priceless and beautiful part of our cultural heritage was destroyed in a matter of seconds. Church Street, with its charming 18th and 19th century houses, crumbled under the quake's awesome impact and the next day the country was shocked to read that everything lay in dust and rubble.

A street that somehow captured the essential spirit of a unique culture looked as if it was in the throes of a nightmare: many fine gables had either tumbled or were totally destroyed, whole sections of many houses had collapsed, most of the soft brick walls had burst open in wide cracks, plaster had been torn by off in large sheets, rafters and roofs had caved in. Everything appeared to be in total and irreparable ruin. Church Street, Tulbagh, because of what it meant to people with a very acute feeling for the past, suddenly became the emotional focal point of the whole disaster.

It was a tragic episode; yet, in the dust and rubble of Church Street, lay the seeds of hope and renewal. The feeling was spontaneous that something had to be done; Church Street had to be saved and restored because if it wasn't, a part of our history would be allowed to shrivel and die. Within a few days after the disaster a 'National Committee for the Restoration of Historic Buildings in Tulbagh and its Environment' was formed. Its object was the restoration of the whole of Church Street. The Prime Minister, Mr. B. J. Vorster, agreed to act as the Committee's Patron-in-Chief.

Every national body concerned with preservation was represented on the Committee: The SA Institute of Architects, the Simon van der Stel Foundation, the SA Association of Consulting Engineers, the Historical Homes of South Africa Ltd, the National Monuments Council and the Vernacular Architecture Society. All these bodies and a number of experts and influential people became urgently involved in the project which by now had become something of a sacred mission.

The present was paying back something to the past but in doing so it was enriching the generations to come.

The architects found that of the 28 houses in Church Street only one was ruined beyond the hope of repair. A couple of others had lost their original character but the remaining 25 could be restored to their former glory, so beautifully captured by Burchell, the traveller and artist, who visited Tulbagh in 1811 and made a drawing of Church Street which has been of tremendous assistance in the present restoration work.

The architects were very deeply conscious of the importance of the task that lay before them. They were not only giving back something to South Africa, but to the world. It is not generally known how important Cape Dutch architecture is. It was John Ruskin who said: ‘…the only real contribution to domestic architecture for several centuries was made by the Dutch at the Cape.’

It was also the first time that restoration work of this magnitude - an entire street - had been undertaken in the Republic and it gripped the imagination of everyone who had the slightest feeling for the past. Interest in the restoration work never waned. The cost was estimated at R350 000 and it might well have increased since the first estimate was made. But funds are still coming in. Every weekend there is a constant stream of visitors to Tulbagh who wish to see what progress has been made. And much has already been done.

Restoration of some of the more important houses is nearly complete. At the upper end of the street is the beautiful Ou Pastorie with its elegant gable and finely proportioned facade. It was built in 1769 and because it had been restored once before it was only slightly damaged in the earthquake. Now it is a picture of old-world elegance, imparting a very definite atmosphere to the whole street. Near it is another fine old house which together with the parsonage and Dr Mary Cook’s house, Ballotina, will form a striking group. This house is No. 42 and it appears in Burchell’s drawing of 1811. 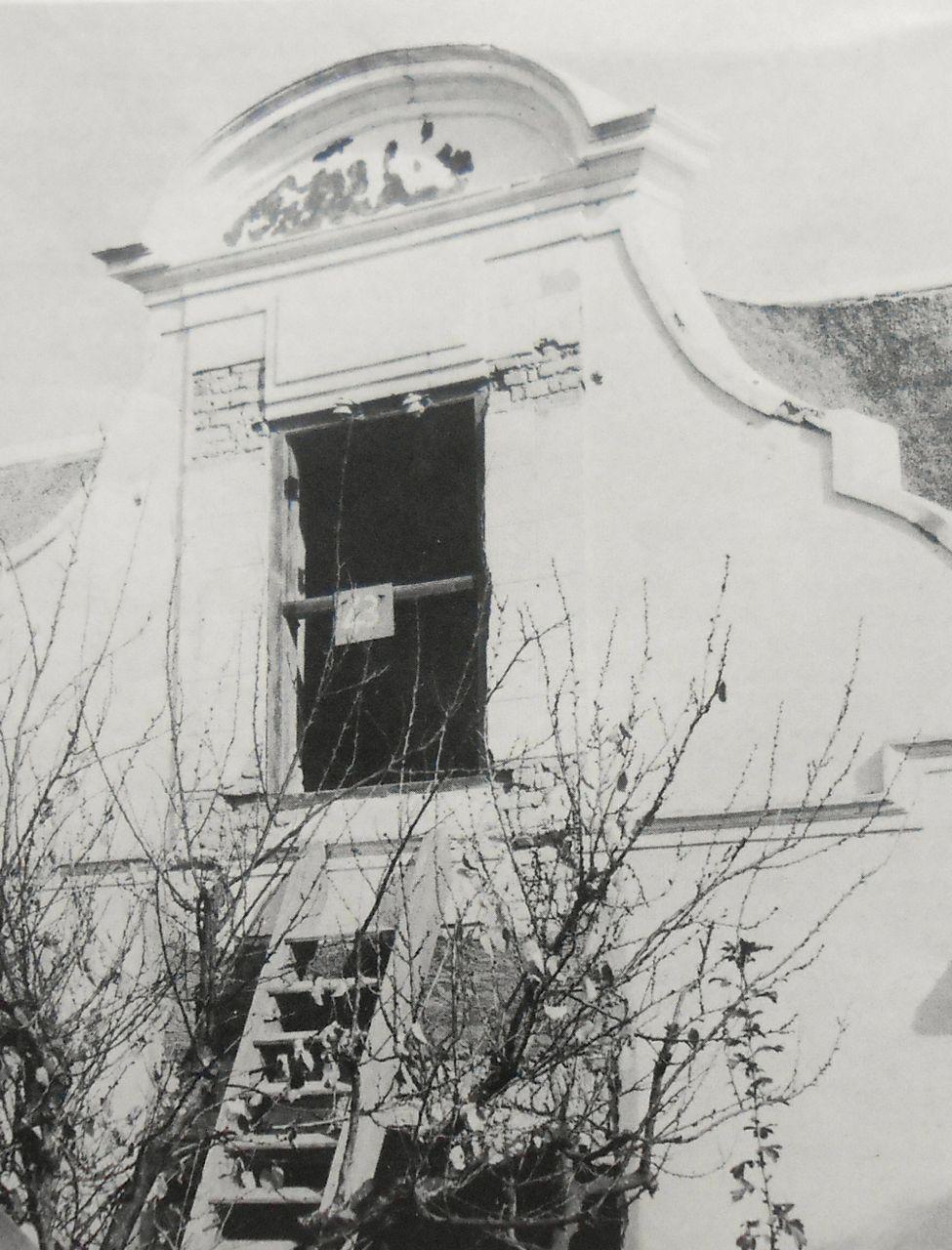 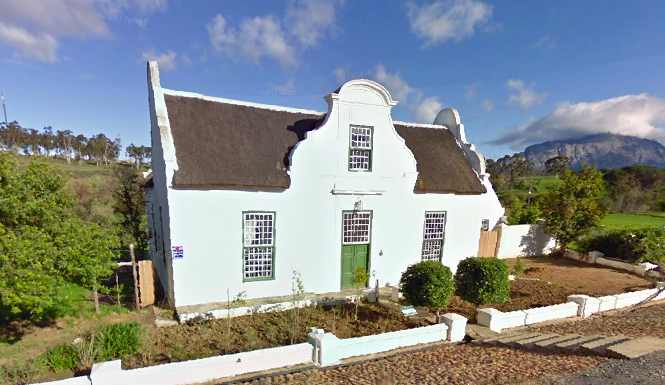 Also nearing completion is De Wet House, by far the most important monument in Church Street. It was built by the widow De Wet in 1812 on classic lines with pilasters in the ‘colossal order.’ Designed by Thibault, it luckily was not too severely damaged. Separated from De Wet House by an arched entrance gate is an attractive U-shaped gabled house which was once part of the same property. Lower down are two most attractive T-shaped houses, both with gables and both built around 1800.

The enchanting thing about all these dwellings is that they have a certain common concept which gives the street a feeling of artistic unity. It must be the tiara-like gables that give this effect. Elegant as they all may be, each one is different. At the same time each succeeds in being an echo of the other. The only one out of character is the gable at No. 28 which is pointed, straight and strikingly simple without any ornamentation whatsoever.

A truly beautiful house is No. 24, the only one in the street built on the H-plan which occurs so frequently elsewhere in the Western Cape. Its gable has a classic beauty about it and is very similar to the gable on No. 26 next door, which gives both houses a rare affinity.

No. 22 at the corner of Hof Street is also an interesting house. Its rounded gable was very badly damaged by the earthquake and this was a loss because it was in fact the original gable built in the late 18th century. It’s a T-shaped house which stands back to back with the T-shaped former library in Van der Stel Street. Both houses were bought by the Simon van der Stel Foundation and they are being restored from donations by its members.

Another house worth mentioning is No. 14. No gable here, but a typical example of the sort of house built during the second half of the last century, with three fine French doors opening onto the high verandah and above them a high pitched roof.

Even now while restoration work is still in progress once can feel the spirit of the street with all the charm and dignity of the past rising in the Tulbagh Valley in the silvery sun of a clear winter day. In the background are the blue peaks of the Witzenburg Mountains which somehow reflects the shapes of the gables.

When seen in their natural surroundings you know that these houses are truly and uniquely South African. They rose from the surrounding earth and they followed its contours. They could never have been built anywhere else in the world.

We know of course that the gable came from Europe. The gable in fact occurs wherever the Dutch East India Company operated. But in the Cape from the year 1756 onwards the gable evolved in its own way to become indigenous to this part of the world. And now it is very definitely the architectural language of the Cape.

The restoration of Church Street in Tulbagh proclaims and affirms this. It also lights the way for similar restoration projects in towns like Stellenbosch, Graaff-Reinet and Grahamstown.

Tulbagh itself will become one of the jewels of the Western Cape. It will be one of the shrines of our heritage.

Originally published in the The Caltex Circle, July 1972. Picked up by Bulletin in April 1973.