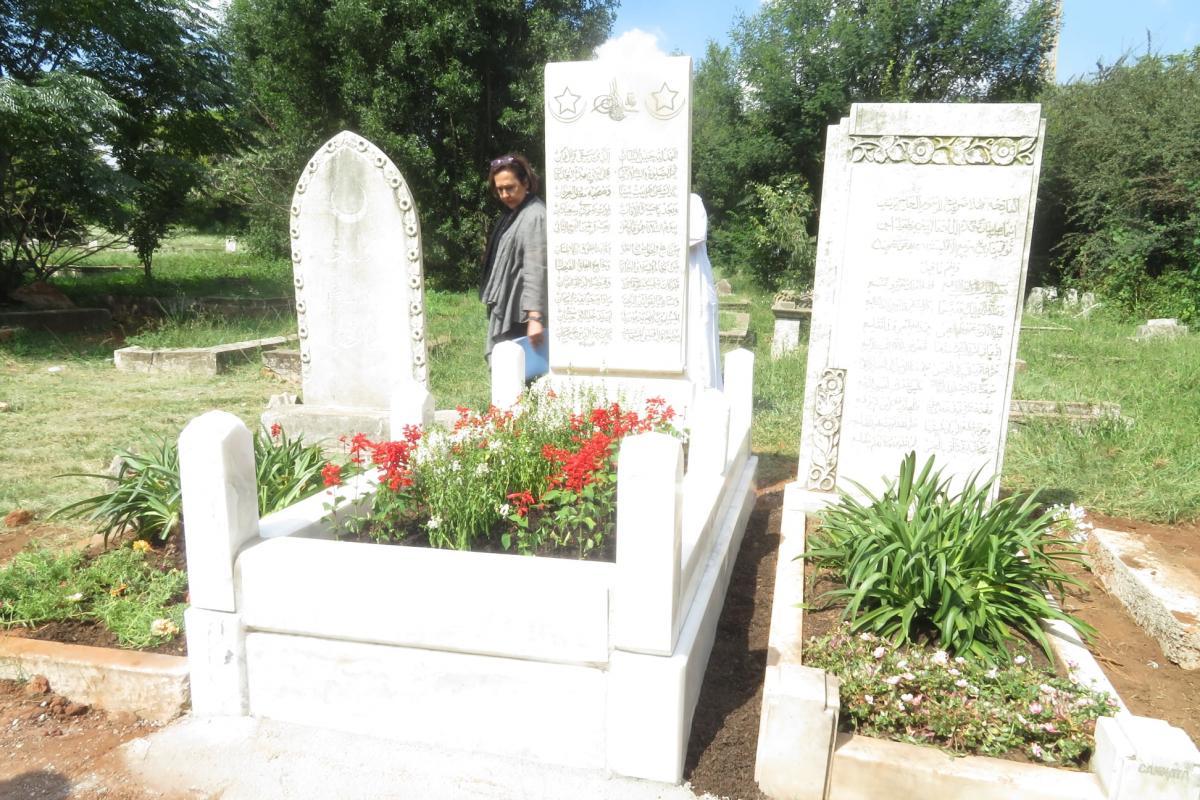 Bey, as I shall call him, was born on December 30, 1869, in Istanbul to a family of Ottoman aristocrats. After completing his professional training, he joined the Ottoman Foreign Service at the age of 23. He served in several countries with distinction and on April 21, 1914, just before the outbreak of World War 1, he was appointed Consul General to South Africa. Bey’s wife was the Russian diplomat, Madam Helene Hanim. They arrived in Cape Town on May 21, 1914, much to the excitement of the Muslim community. The couple had 2 children. Unfortunately, despite his diplomatic status, he was regarded as part of ‘the enemy’ and interned in South Africa by the British colonial government.

Life in captivity was difficult for Bey – he became seriously ill and received no medical treatment. It was only when it appeared he would not survive that he was released. Sadly be died on February 14, 1916 aged 45/46, just a few weeks after his release. The cause of his death on his Death Certificate was given as Cerebral Hemorrhage and Coma. He died at 39 Ellis Street, Yeoville and mercifully his demise was quick.

Imam Kamaldien was the man who notified the authorities of his death. He needs to be researched too. Sadly, Bey left a wife and children who for whatever reason, were not able to return to Turkey. They were looked after by the Muslim community in Johannesburg, and it was the Motan family who befriended the family and allocated one of the graves in their family plot in Braamfontein Muslim section for Bey’s final resting place, grave number 8099. This was after the British administration did not allow Bey’s body to be returned to his home town, claiming the war was still on and they were unable to allow it. 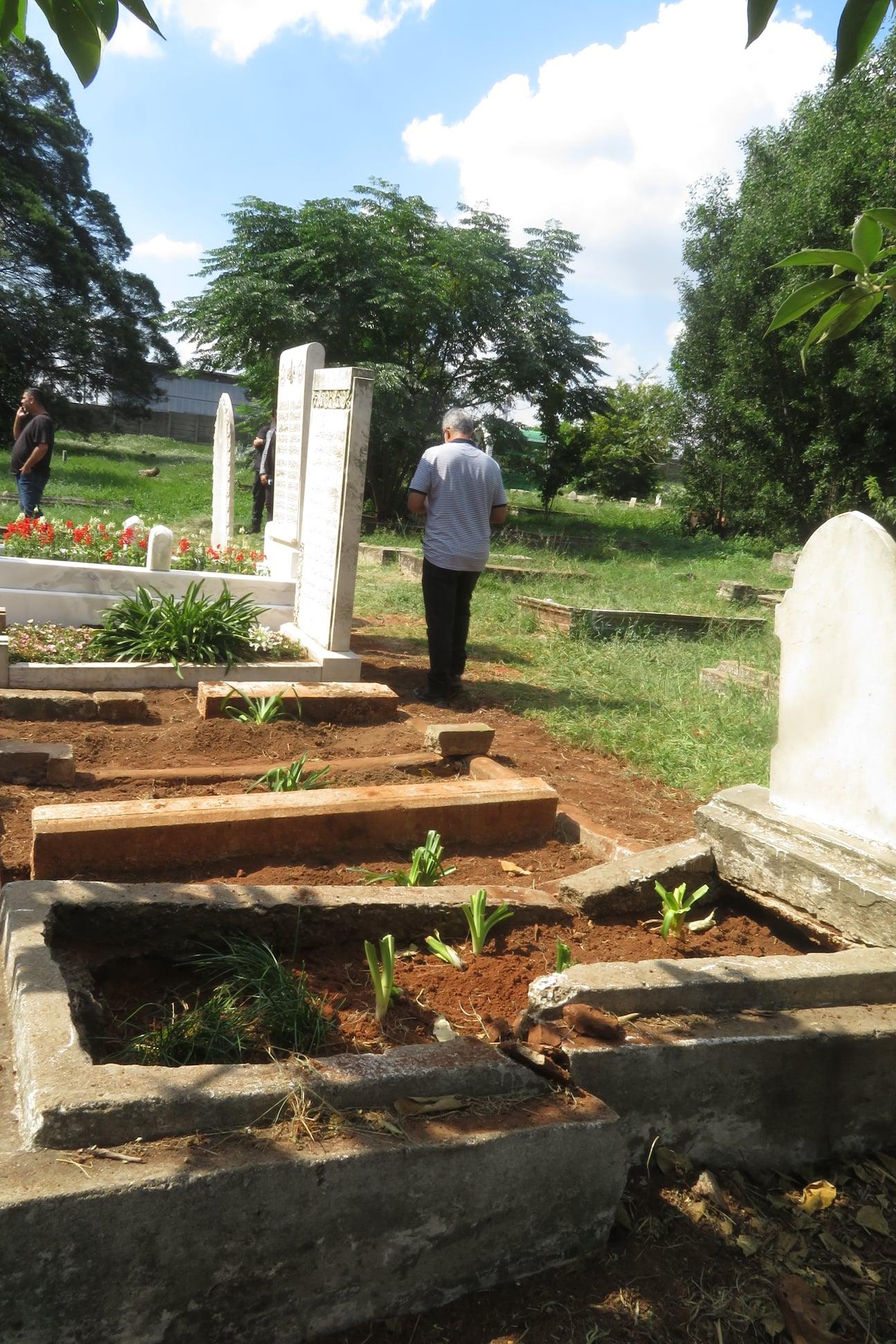 And there he lay between Mrs Motan and her son-in-law, Mr Mia until 2011 when the building of the Nizamiye Turkish mosque in Midrand was nearing completion. This Turkish community applied to Johannesburg City Parks for permission to exhume Bey and rebury him in the cemetery at the mosque. There were some problems with this process; but permission was given and on November 21, 2011, Bey’s remains were the first to be buried in this private memorial garden behind the mosque. 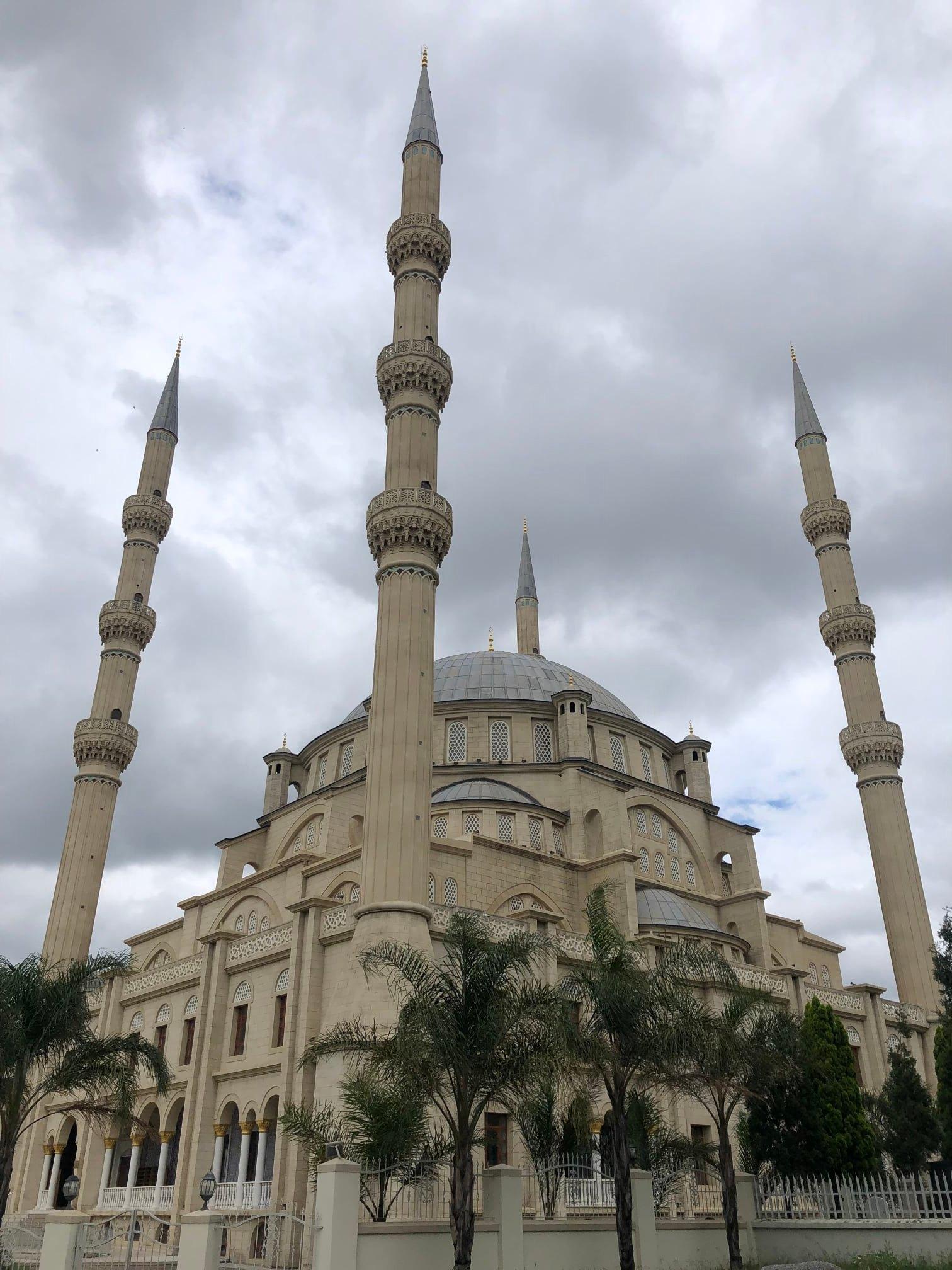 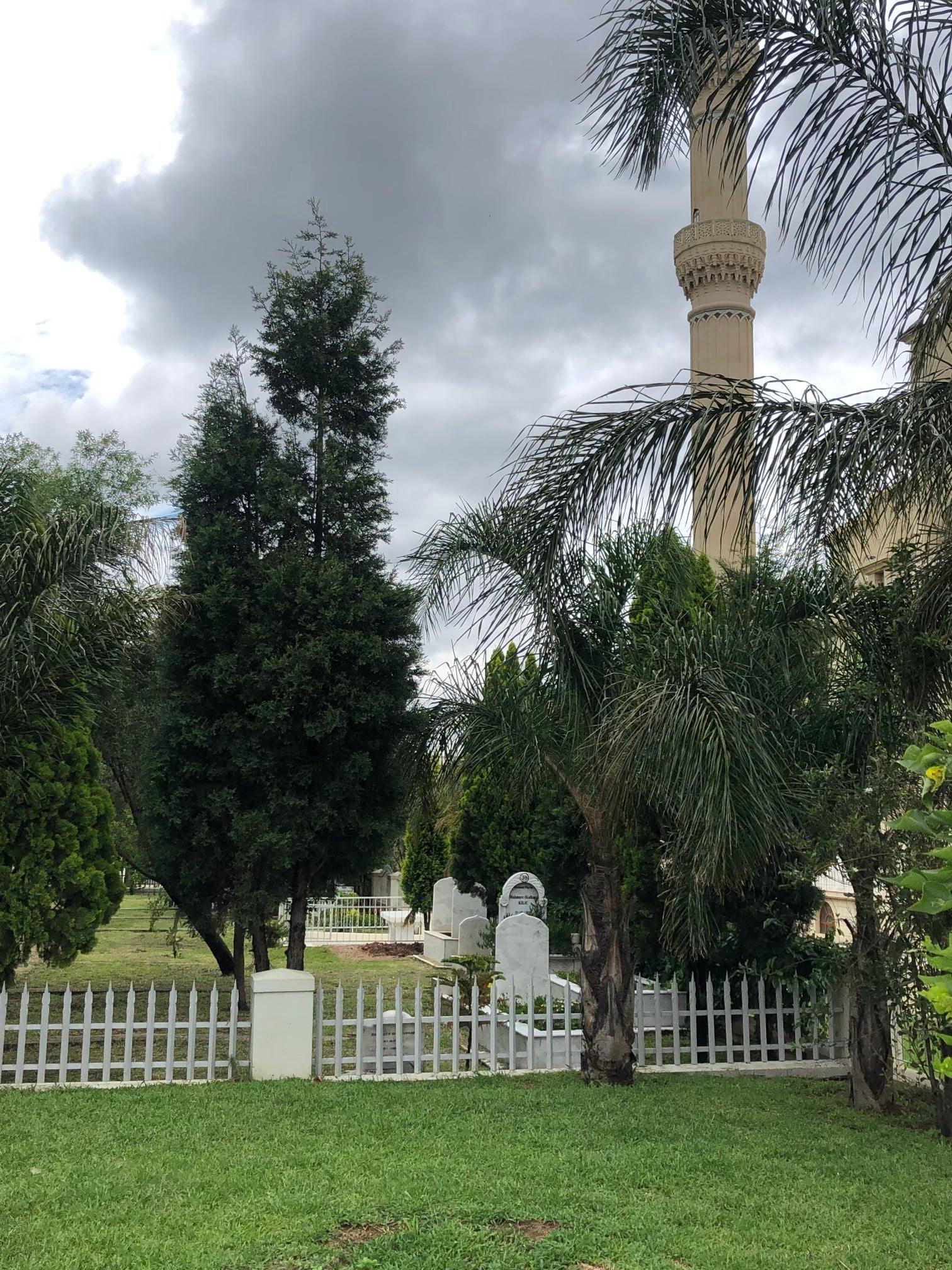 Fast forward about 7 years - The Turkish community entered into a long and tough legal battle with the Nizamiye community, claiming they had had no right to remove his body from Braamfontein cemetery. This battle was led by the South African lawyer Ismail Ayub. They won their battle and on January 18, 2022, the Pretoria Muslim Trust Burial Committee assisted in returning Bey to his original grave, 106 years after his death in 1916. Present at that reburial was Bey’s granddaughter from East London, Mignon, and her husband, Mervyn Gatcke; and the Turkish Ambassador, Ms Aysegul Kandas, among other guests. 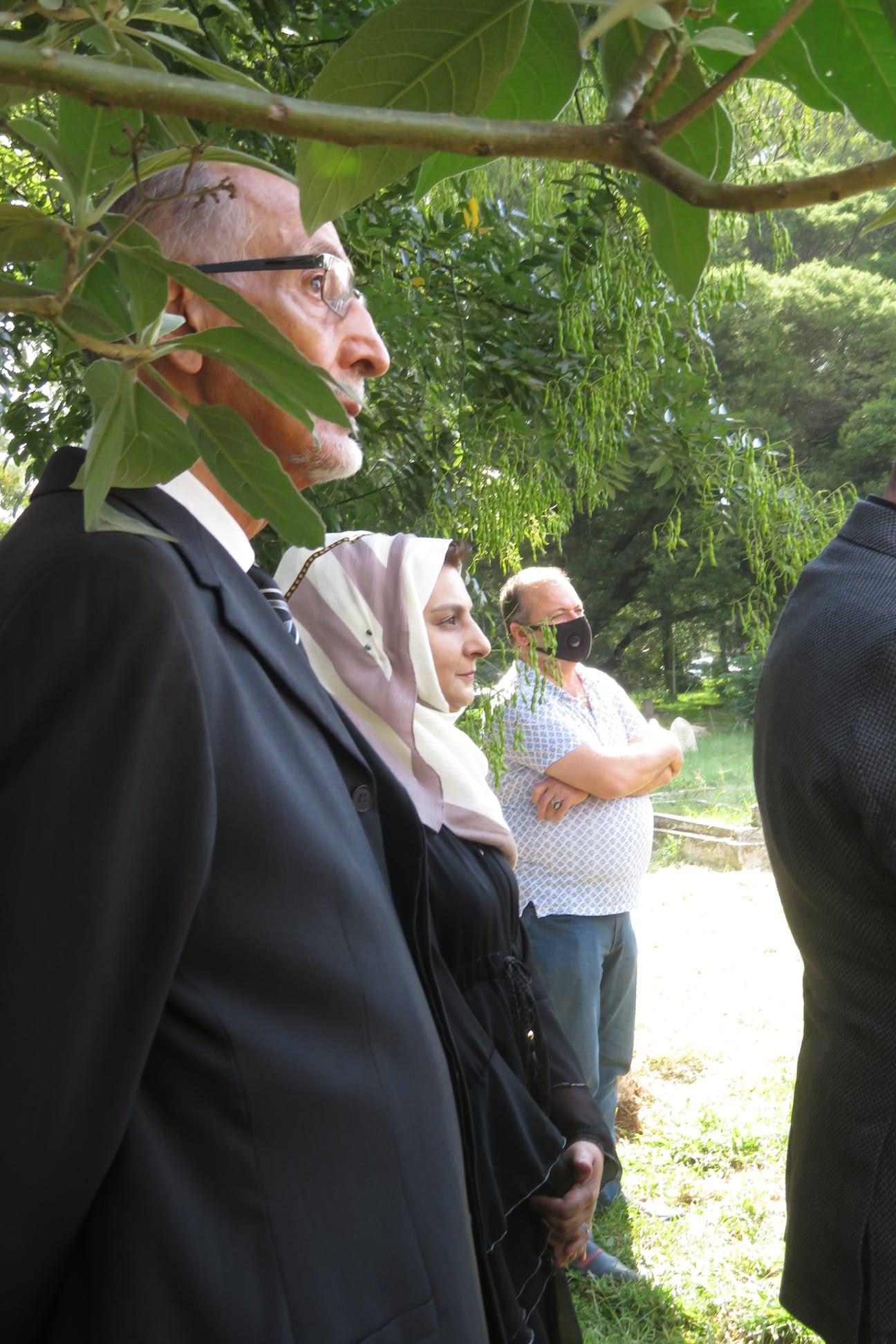 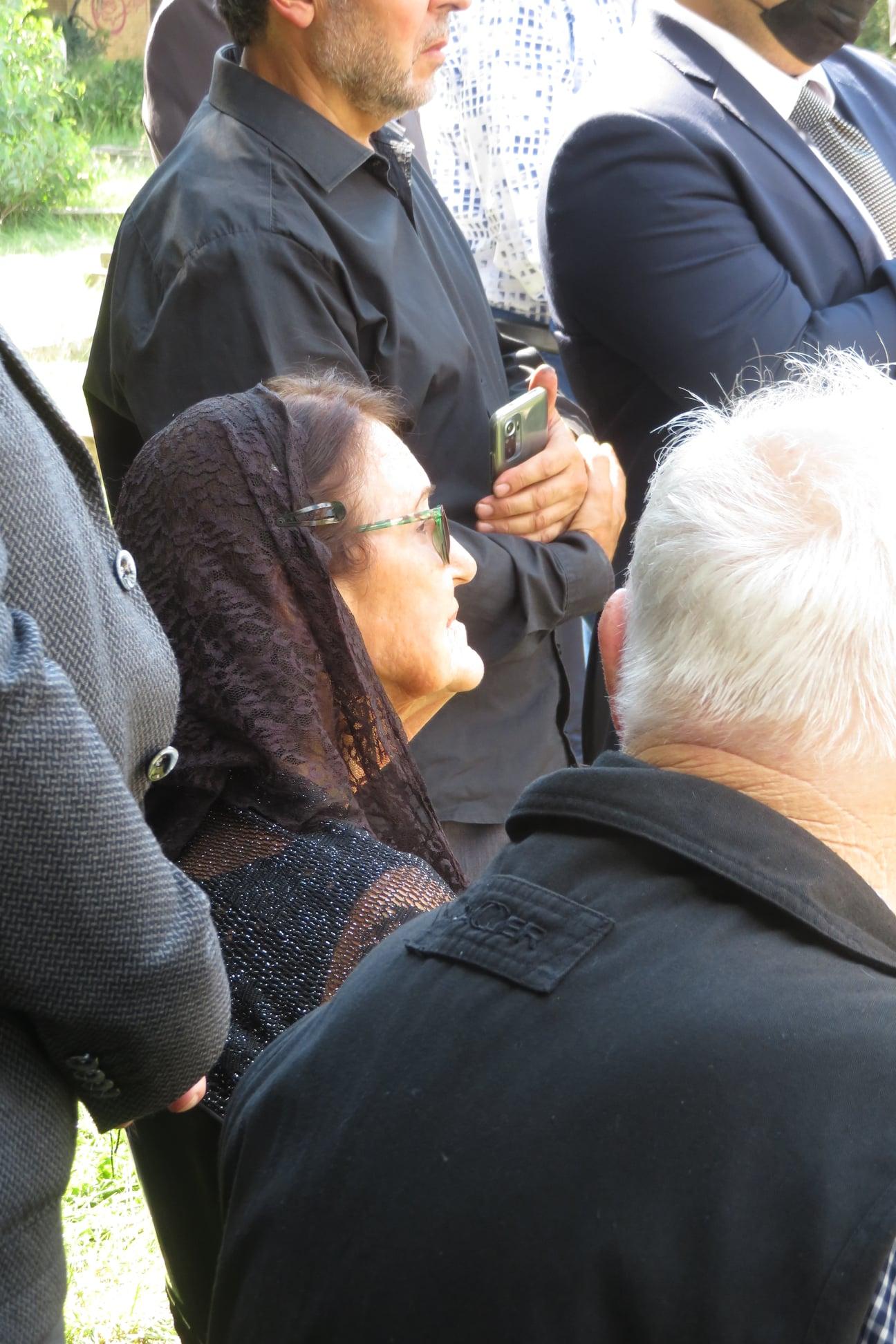 I visited the Nizamiye cemetery a few weeks ago, to ascertain exactly where Bey had been buried by that community and found the grave as well as the headstone that they erected after burying him. It was a beautiful, tranquil resting place with cool trees and well-kept gardens. 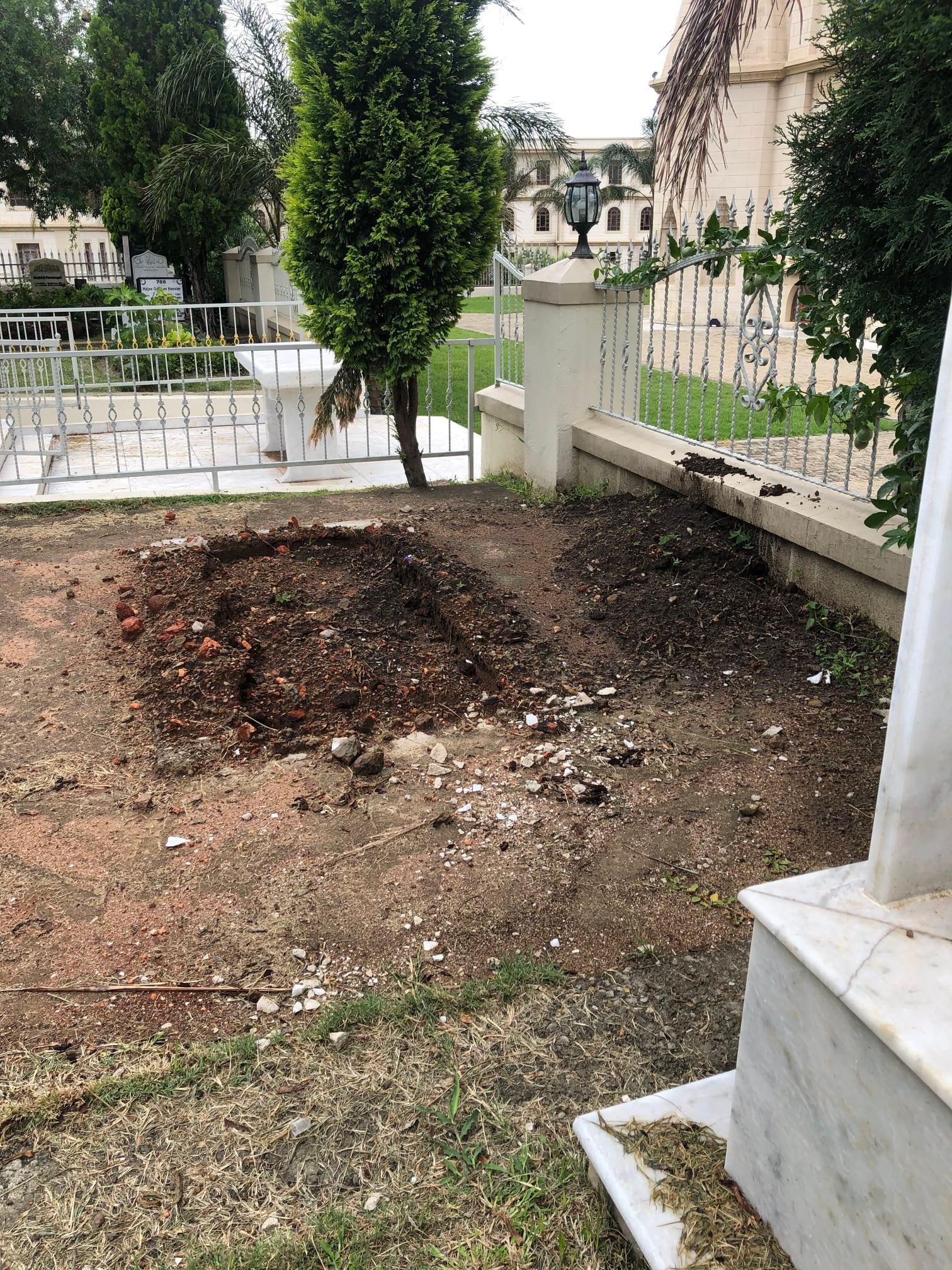 The grave at the Nizamiye Cemetery (Sarah Welham) 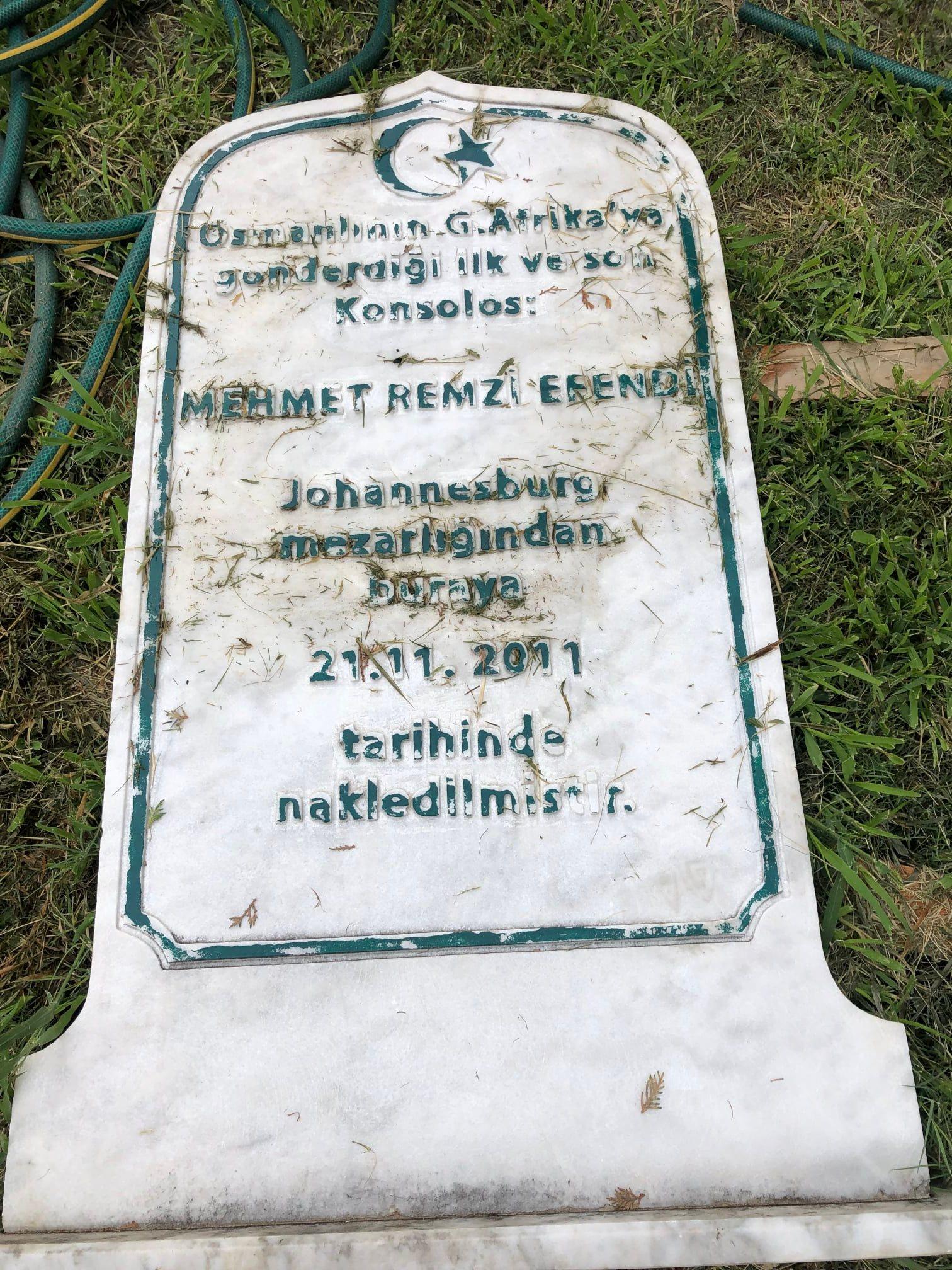 The headstone erected at the Mosque (Sarah Welham)

On February 14, 2022 (the exact date of Bey’s death 106 years ago), Flo Bird and I, at the invitation of the Turkish Embassy in Pretoria, attended the ‘unveiling’ of the headstone on Bey’s original grave. A representative from the Turkish Cooperation and Coordination Agency (TIKA) explained how he had taken the original headstone, replaced the missing lead letters and then fashioned a marble grave surround on which this marble headstone now rests. Ambassador Kandas and her staff, Lawyer Ayub, Mignon and her husband were all present along with members of the Muslim community and various religious heads and the press. The ceremony was very dignified, and the grave had been planted with red and white flowers, while the other graves in the vicinity had been cleaned up and some of the alien vegetation cut back. We were warmly welcomed by the Ambassador and others and thanked for the work we do in the cemetery. 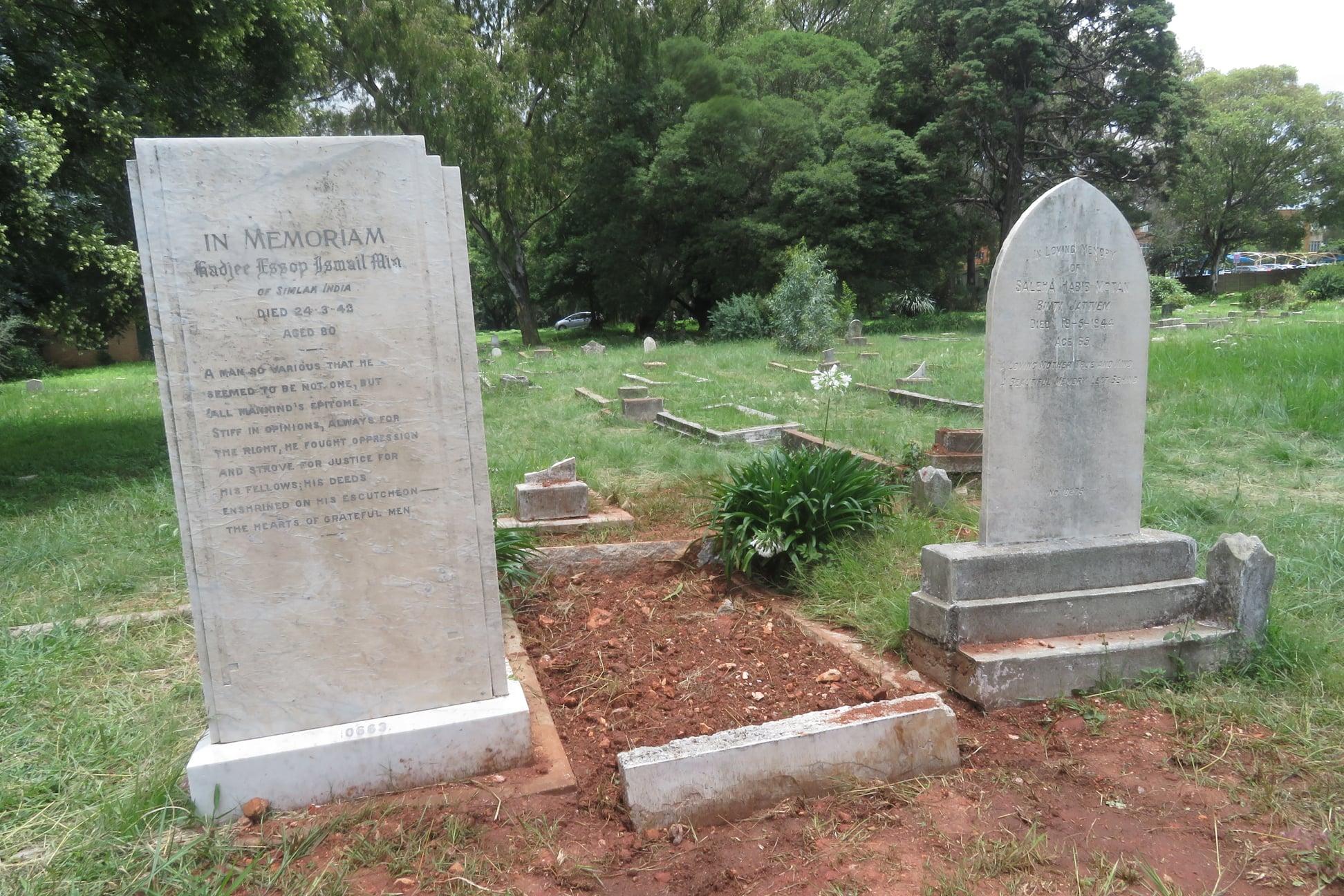 The grave before the marble grave surround was created (Sarah Welham) 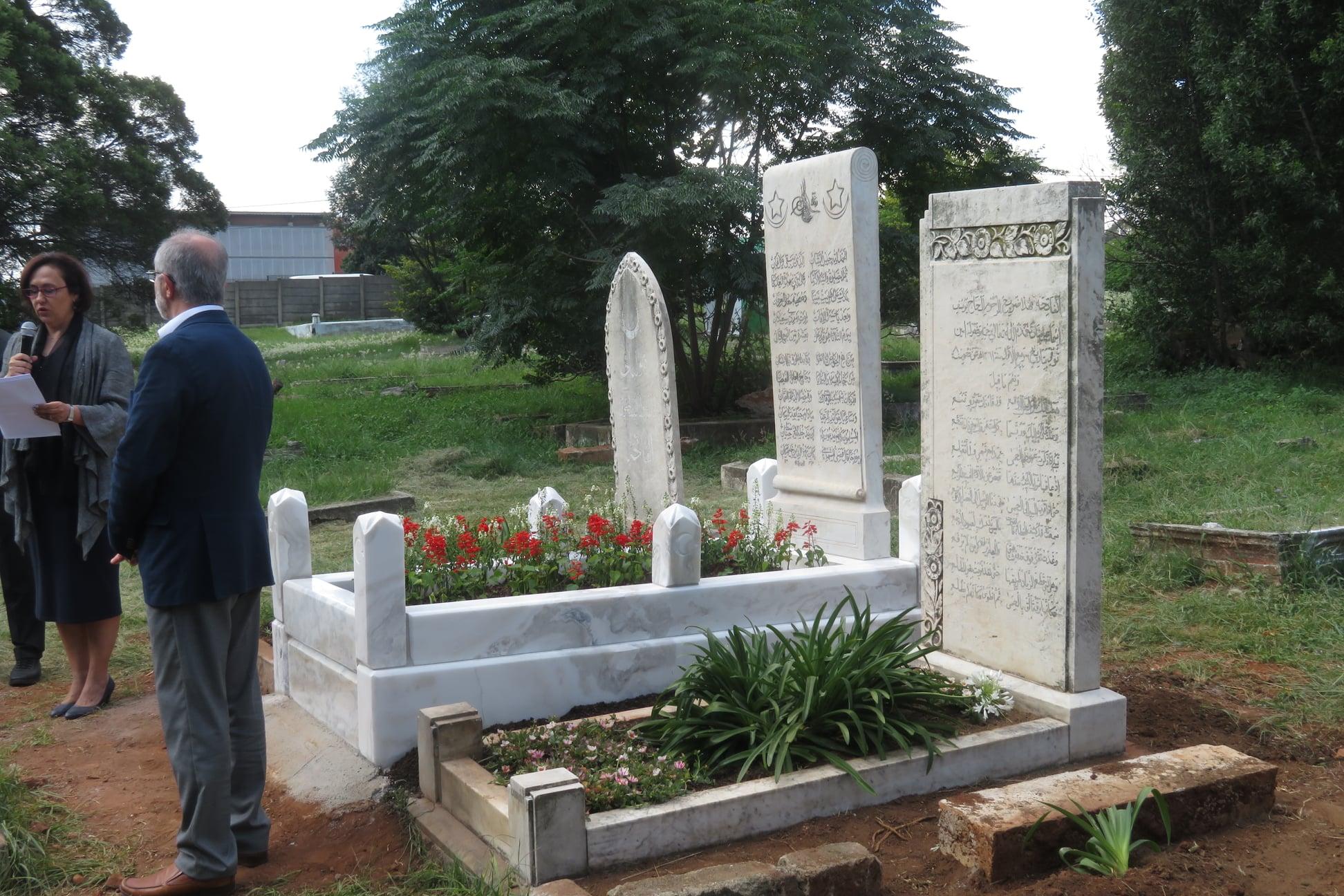 Ambassador Kandas at the ‘unveiling’ of the headstone (Sarah Welham)

We hope that Bey will now be allowed to rest again. We, the Friends of Johannesburg Cemeteries, alongside the Muslim community, will certainly play our part in keeping his grave neat, and the surrounds free of long grass and alien vegetation.