Surveying the buildings of Paarl (in 1980)

It was wonderful to stumble across this article on one of the first surveys carried out by a non-professional group in South Africa. The piece was published in the 1980 edition of Restorica, the journal of the Simon van der Stel Foundation (today the Heritage Association of South Africa). Thank you to the University of Pretoria (copyright holders) for giving us permission to publish.

The Simon van der Stel Foundation and the Monuments' Council have realised that no organised effort at preservation is possible without a full and descriptive list of old buildings. Mr John Rennie, a Cape Town architect, was commissioned to organise a survey of the buildings of central Cape Town. The results were published in The Buildings of Central Cape Town (1978). The success of the survey led to other areas being considered for a similar investigation.

The Buildings of Central Cape Town Vol 1 via Antiquarian Auctions.jpg 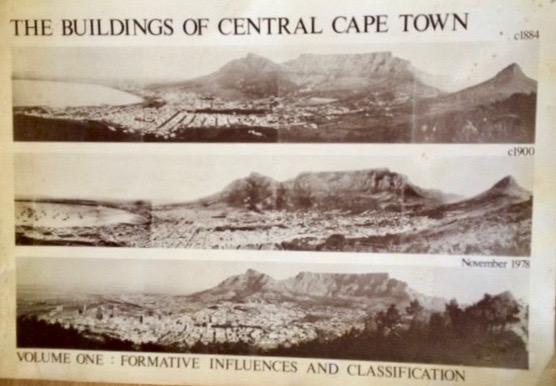 Paarl is an excellent choice as there is a great variety of style and even though many of the buildings have undergone great changes since 1900, a wealth of beauty and interest lies undiscovered behind the altered facades.

Under the able and enthusiastic leadership of Len Raymond, the Survey Committee was established in February 1980. Sanlam very generously donated R2 500 towards the Survey's expenses. Most of the members only have a love for and an interest in old buildings to qualify them for the task - and they are all voluntary workers. They will tackle all the groundwork of the survey by completing special data sheets. These have been designed to act as a checklist so that all the important aspects of the building will be described. The completed forms are examined by a team of experts which includes Gawie Fagan, Dirk Visser and John Rennie.

Mill and Orange Streets, where old buildings are concentrated, were selected for a "dummy run". The group formed teams and their first completed forms were analysed by John Rennie. He visited the buildings with the investigating teams and pointed out important aspects of the building which were relevant to the survey.

It soon became apparent that terminology and various descriptive terms would have to be standardised. A newsletter was circulated and it could almost be regarded as a "surveyor's handbook". A layman's dictionary of useful architectural terms is also being compiled. A detailed map of Paarl was divided into numbered sections. A group co-ordinator allocates specific blocks in these sections to teams within the group. Most of the members of the Survey Committee feel that they do not have the confidence to record buildings singly to start off with. 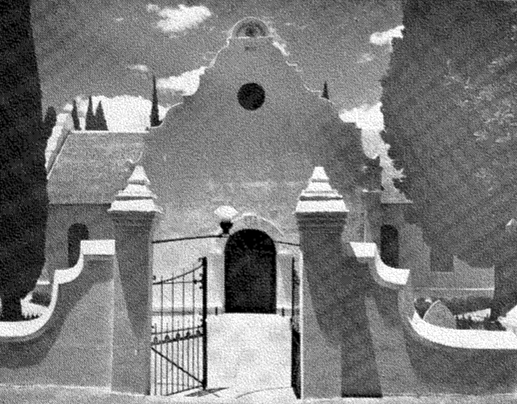 The co-ordinator liases with Len Raymond who assists the panel of experts with their analysis of the data sheets. So far, the survey has been completed in two of the numbered sections and all the buildings in the Main Street up to Lady Grey Street have been surveyed.

After only two months of work, an old house of immense interest to the Simon van der Stel Foundation and the Monuments' Council was discovered. The first national monument of the scheme, 127 Main Street, is in the process of being proclaimed and is hopefully the first of many. 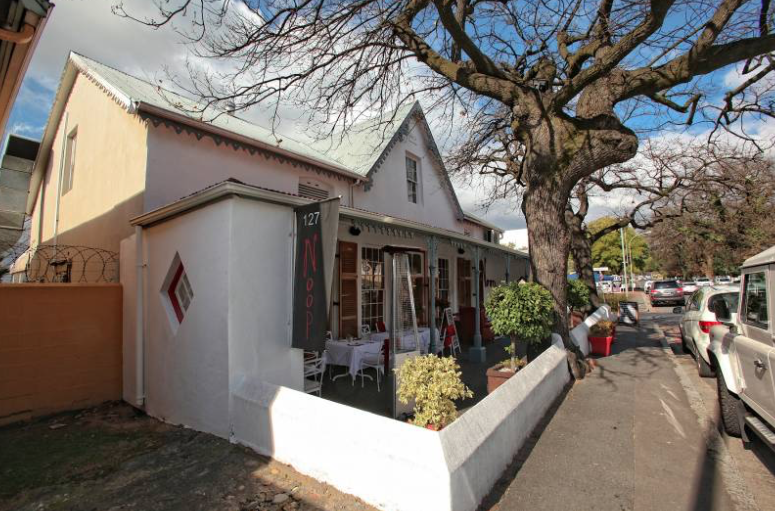 While the buildings are being surveyed, the interest of the public is being kindled. Numerous articles have been written for the local newspaper, keeping the residents informed of the survey's progress and encouraging interest in the history of the town and its preservation. The response has been excellent. A sympathetic editor has stimulated the growing awareness with strong editorial support.

The group has been addressed by John Rennie, who illustrated his talk on his findings during the survey of the buildings of central Cape Town with slides. An excellent and enlightening talk on Victorian architecture was given by Mrs. Desiree Picton-Seymour. She also showed slides of examples of this style of architecture. Len Raymond has organised group visits to houses of particular beauty and importance and the hospitable home owners were not in the least put out by "large" invasion of their privacy.

This is the first time that a non-professional group has undertaken the challenge of categorising buildings. Their success may pave the way for the preservation of similar inventories elsewhere, so that preservation becomes a way of life and not just a specialised interest.