Where have all the mine dumps gone? 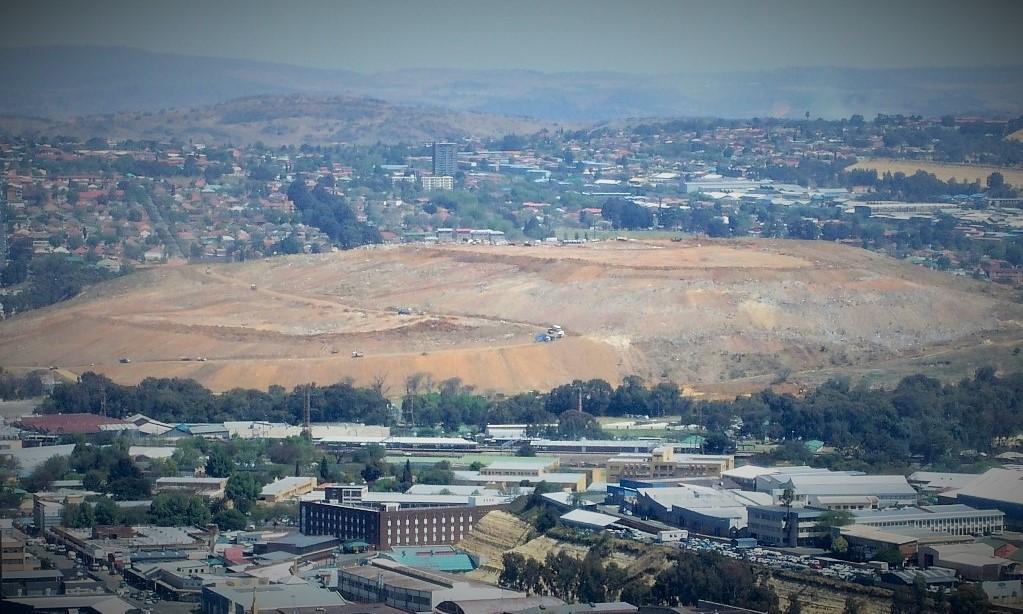 Should one drive out of Johannesburg eastwards along the N12 highway, a famous landmark is passed at the Snake Road exit, known as Benoni’s mountain or more accurately the Kleinfontein Mine Dump. The Dump has been standing tall (92 metres) for over 90 years but will soon only be a memory as it is being reclaimed for the estimated 3 ½ tons of gold that it contains. For many it is an eyesore and good riddance, but others will be sad to see it go.

Mine dumps in Benoni - google maps.png 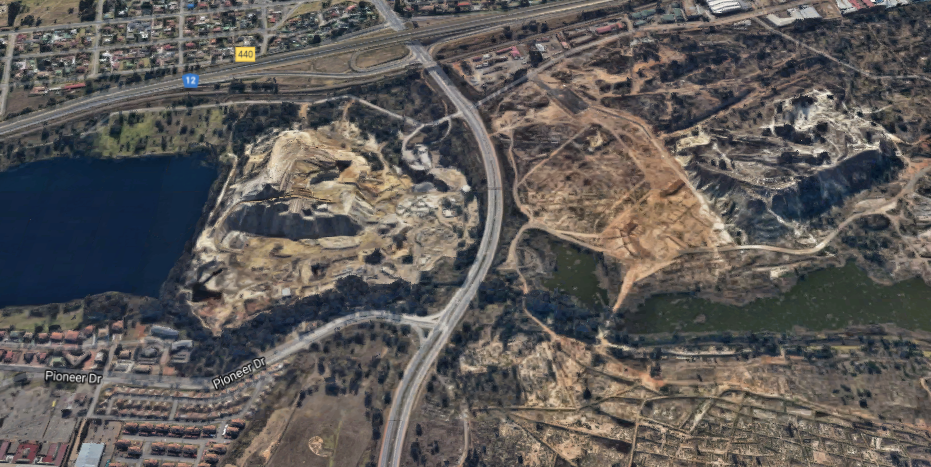 Johannesburg is famous for being the only major city not built on a body of water yet it has a reef – the Main Reef, which stretches from Randfontein in the west, to Springs in the east, a distance of nearly 60 miles (96 km). The Main Reef was the gold bearing ore body that George Harrison stubbed his toe on in 1886 which gave rise to Johannesburg (click here for more details).

Over a period of 90 years (1886 to 1976) gold was being actively mined from underground workings, which left a trail of mine dumps stretching along the length of the Main Reef.

On coming to South Africa in 1975 I would often travel along the Main Reef Road, on a winter Saturday afternoon, to play an “away” game of rugby at ERPM Boksburg, Rand Leases, Roodepoort or West Rand, Krugersdorp and on the trip I would pass these sand coloured man-made mountains of mine waste and wondered what it must have taken to remove these vast quantities of rock from the bowels of the earth.

Now not all dumps are the same as during the mining and processing of gold there are two streams – Reef (gold bearing ore) and Waste (non-gold bearing from sorting & development). The Reef is sent to a metallurgical plant and the Waste is sent straight to the rock dump. In the processing of Reef the gold is extracted and goes to form bullion (gold bars), whereas the residue has to be disposed of, hence the dumps. The early methods of gold extraction would send the tailings (discard) to sand dumps, but as time went by improved methods of extraction would create a slime that could be disposed of by pumping to a slimes dam. After 1950 slimes dams had supplanted sand dumps as the preferred method of discarding the residue from the gold plant.

The past mining activity along the Witwatersrand (the Rand) has left a legacy which has not been an environmentally friendly one with the mine dumps being the main culprit not only as eyesores but also as a source of air pollution due to wind blown dust and ground pollution caused by contaminated run-off of acid mine water in the rainy season. Until the late 1960’s, it was common to have dust storms in the months of August and September (dry and windy) and it took time and money to grow vegetation on the slopes of the sand dumps and slimes dams in order to bind the small particles and alleviate the problem.

The old saying “thars gold in them thar hills” rings true when it comes to the mine dumps of the Rand, as it was well known that gold still remained in them owing to the early methods of gold extraction being less than efficient.

As the mines on The Rand began to close during the 1970’s the valuable resource of gold and other commodities contained within the mine dumps was appreciated and in 1978 the East Rand Gold Company (ERGO) began production of gold, uranium, pyrite and sulphuric acid from the reclamation of mine dumps at their state of the art metallurgical plant at Vulcania South, Brakpan (just off the N17). Yet again there was far more discard material (tailings) than gold produced and this was dealt with by pumping the tailings in slurry form to the new slimes dams at Withok Estates and Daggafontein, which were purposely placed away from human habitation. Concurrently process plants were established on Crown Mines and City Deep to reclaim dumps to the south of the Johannesburg CBD. 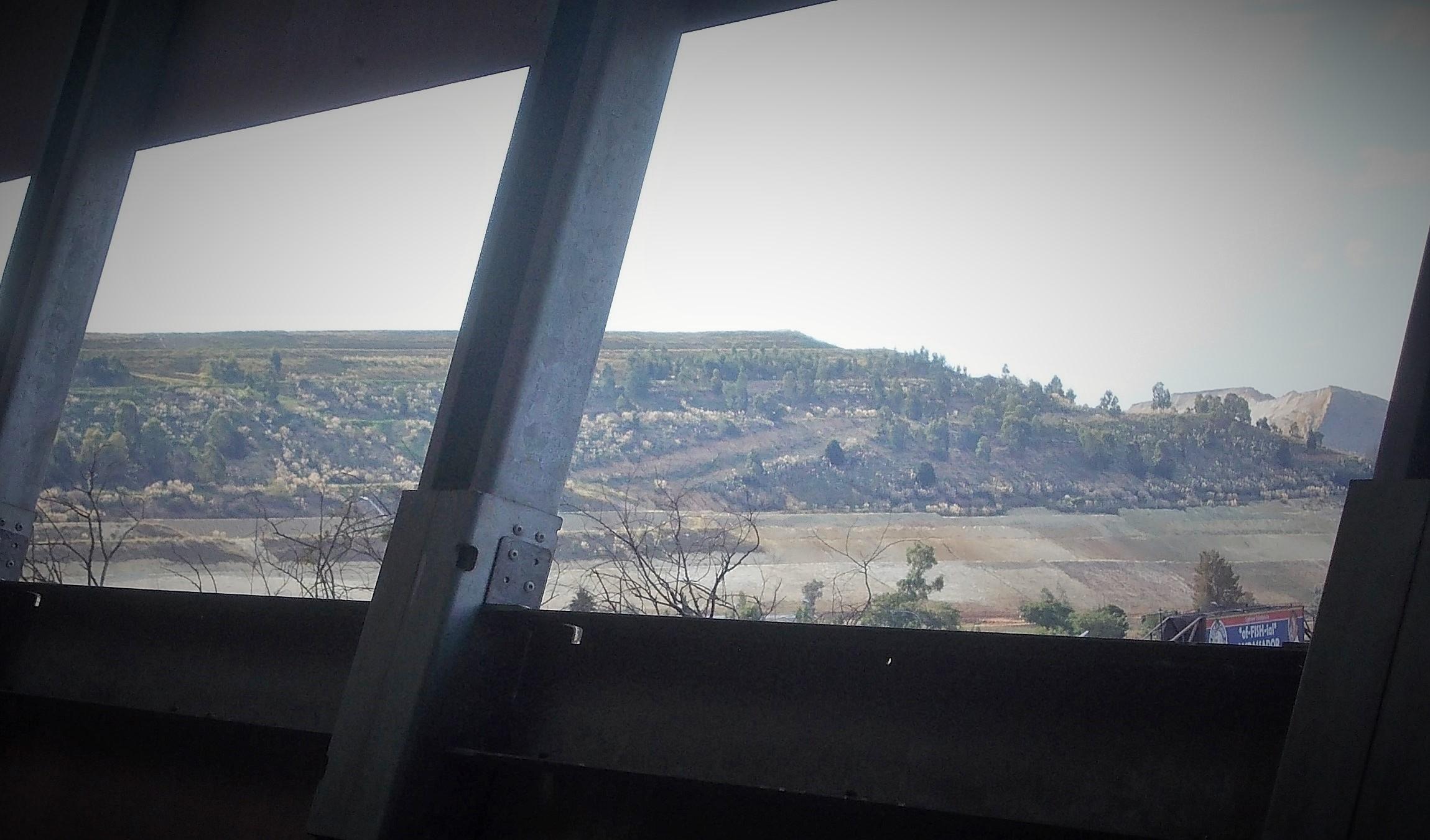 Mine dumps in the south from Soccer City (The Heritage Portal)

Forty years ago the view from the top of the Carlton Centre when looking south, east and west was to see mine dumps that stretched into the distance, from then until now the mine dumps have been levelled to the ground and their footprints have been rehabilitated in order that the land be redeveloped for commercial use.

Of particular regret was the reclamation of the Ferreira Dump, on which the “Top Star Drive-In” was situated. The Dump was sited in Park Central, just south of the M2 elevated highway and was a favourite spot for a night out to watch a movie, with the added bonus of the city lit up at night as a backdrop. The Top Star closed in 2006 a victim of the DVD. The car park was also used for buying and selling cars on a Saturday and Anglo American used it as a helipad for its “Top Brass”.

Although the Ferreira Dump was considered to be of historical and cultural significance and a heritage assessment was undertaken it was to no avail and reclamation began in August of 2008 and it was no more by April 2011. Top Star is gone but not forgotten. 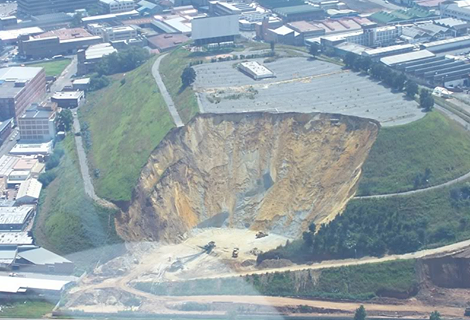 The reclamation of the Rand mine dumps has opened up old sores and air and water pollution once again has become problematic, especially to those who live close by. Dust fall-out is of major concern as it reduces the quality of the air that the locals breathe leading to bronchial complaints. This along with acid mine drainage is a grave matter which must be addressed for the benefit of future generations as a toxic environment will be detrimental to Johannesburg’s standing as the premier city in Sub-Saharan Africa.