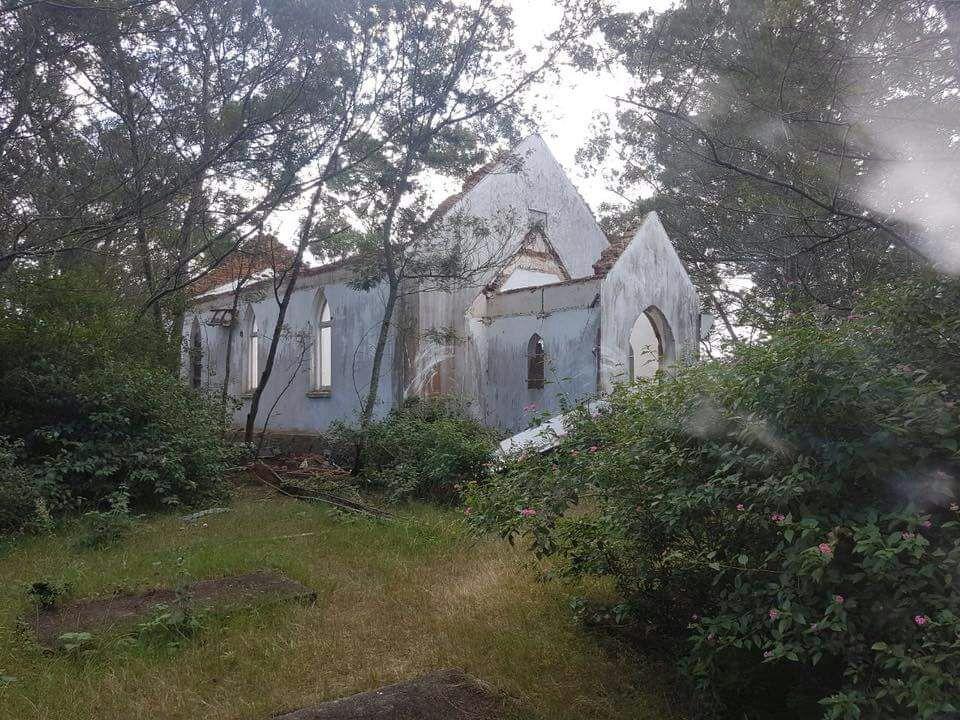 Situated in the Kayser’s Beach Area, Eastern Cape, South Africa the church was built in 1862 to serve the needs of the settlers who made this part of the country their home.

The church was built by the farmers of the area between the Keiskamma River in the west and the Buffalo River in the east. Frederick R Goddard, donated ten acres of his land for the church. Church records of 1862 describe the event as follows:

At the Ncera about 30 miles distant from King William’s Town an elegant and substantial chapel has been opened during the year. The chapel is capable of seating about 150 persons.

It is situated in the centre of a large farming population. Divine Service is held every second Sabbath. The attendance is very good. Including the labour and material provided by the friends the chapel has cost about £4 000. 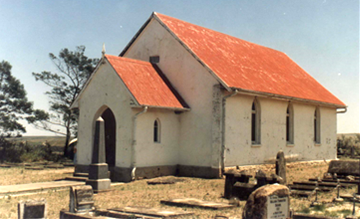 Ncera Methodist Church when it still had a roof (Mike Dredge)

The church has had a chequered history. The Kaffrarian Watchman dated August 26th 1885 said “For about 11 years the chapel stood unused as a minister could not be obtained.”

In 1900 the Rev. J Whiteside said of the Chapel: “It has been a great benefit”. In 1960 the church was renovated, when the roofing iron and door were replaced. 1962 saw the centenary of the church. A thanksgiving service was held and preached by the Rev. J.B. Webb president of the Methodist Conference. It was attended by a number of settlers’ descendants and it was reported that the congregation ‘overflowed’. This was followed by celebratory lunch on the farm ‘Rocklands’, owned by L Venables. In the same year J.S Bennie wrote in the journal of the Border Historical Society: “The farming population has greatly diminished and the church has suffered in consequence. It is hoped, however, that this little chapel will be preserved, as all historical buildings should.”

The 1980s saw the creation of the homeland, Ciskei. The land upon which, the church is situated was purchased by the South African Government for incorporation into the homeland. As a result efforts to have the church declared a national monument were destroyed as South Africa would not be able to affect any control over the area.

Fortunately with the changing political situation in the country it was now possible to have the church declared a national monument (today a Provincial Heritage Site) and restored. Since then, however, the church has once again fallen into a state of disrepair and efforts are under way to have the church properly maintained. The church was recently added to South Africa's endangered heritage list (click here to view).

The first baptism is believed to have been that of Catharine, daughter of Dennis and Maria Leary on March 27, 1862. The baptism was performed by Rev. E.D. Hepburn. Richard William Forrester and Charlotte Eliza Wakeford were the first to be married on 7 January 1863. The first burial was that of Joshua Christopher Dredge who died on 9th February 1862. This grave has been desecrated as seen in the photos below. 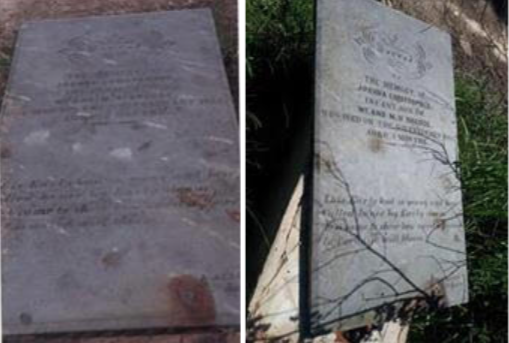 William Dredge, John Forrester, Thomas Shone and his daughter Sarah Knight, all 1820 Settlers are buried in the graveyard as are a number of their descendants.

Graves at the Ncera Methodist Church via Mike Dredge.png 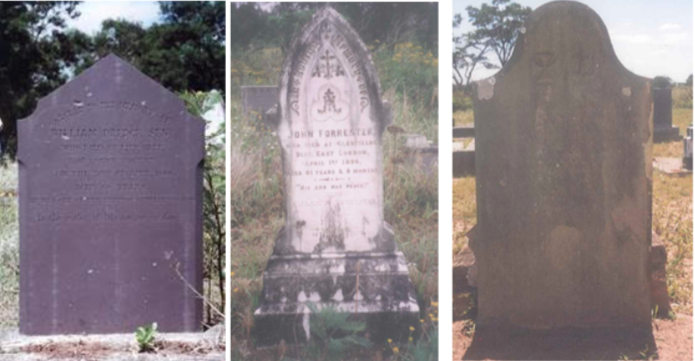