Major William Knox-Leet was born in Dalkey, County Dublin on 3 November 1833. The youngest son of a Episcopalian rector, he graduated from Trinity College in Dublin, Ireland and became an ensign in the 13th Prince Albert's Light Infantry in July 1855. In 1858 he was sent to British India where he saw action in several engagements during the Indian Mutiny. From 1867 until 1872 he served as an arms instructor in England. In July 1872 he became Deputy Assistant Adjutant and Quartermaster-General in County Cork, Ireland. In 1879 he was sent to South Africa during the Anglo-Zulu War where he won the Victoria Cross for gallantry. In May 1883 he returned to British India as a battalion commander and took it to Burma (now Myanmar) during the Third Anglo-Burmese War. He was later promoted to the rank of Major General and retired from the British Army in November 1888 with 33 years of active military service. He died in Great Chart, Kent, England at the age of 64. 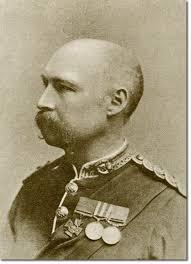 Knox-Leet saved the lives of four wounded soldiers and was told by his comrades that he deserved the Victoria Cross - the highest decoration awarded for bravery by the British Military. The drawback was that his superiors in the War office had not recommended that he should receive this award and so he asked for it himself. This is the only known example of anyone applying for and motivating why they should receive the award - and getting it.

In the letter dated 6 April 1879 Major Knox-Leet appealed to a friend, Colonel Goldworthy in the War Office for the award. He wrote “They all say here I should get the VC… I would of course give my eyes for a VC if outsiders think I deserve it and it would be a grievous blow to me if I deserve it and do not get it.”

He had been on patrol with 1300 soldiers of the 13th Light Infantry at the Battle of Hlobane on 28 March 1879. The soldiers were ambushed by the Zulus and 200 killed. Most fled to safety but Major Knox-Leet fought off the Zulus as four times he rode into the thick of the fighting to rescue his men.

He was awarded the VC with the citation reading:

For his gallant conduct, on the 28th March, 1879, in rescuing from the Zulus Lieutenant A. M. Smith, of the Frontier Light Horse, during the retreat from the Inhlobana (Hlobane).

Lieutenant Smith whilst on foot, his horse having been shot, was closely pursued by the Zulus, and would have been killed had not Major Leet taken him upon his horse and rode with him, under the fire of the enemy, to a place of safety.

In addition to the Victoria Cross, he received the India Mutiny Medal, the South Africa Medal (1880), the India General Service Medal (with Burma 1885-7 bar), the Most Honourable Order of the Bath, and was Mentioned in Dispatches (one whose name appears in an official report written by a superior officer and sent to the high command, in which is described his or her gallant or meritorious action in the face of the enemy) on two separate occasions.

His Victoria Cross and other medals are on display at the Somerset Military Museum in Taunton, Somerset, England. 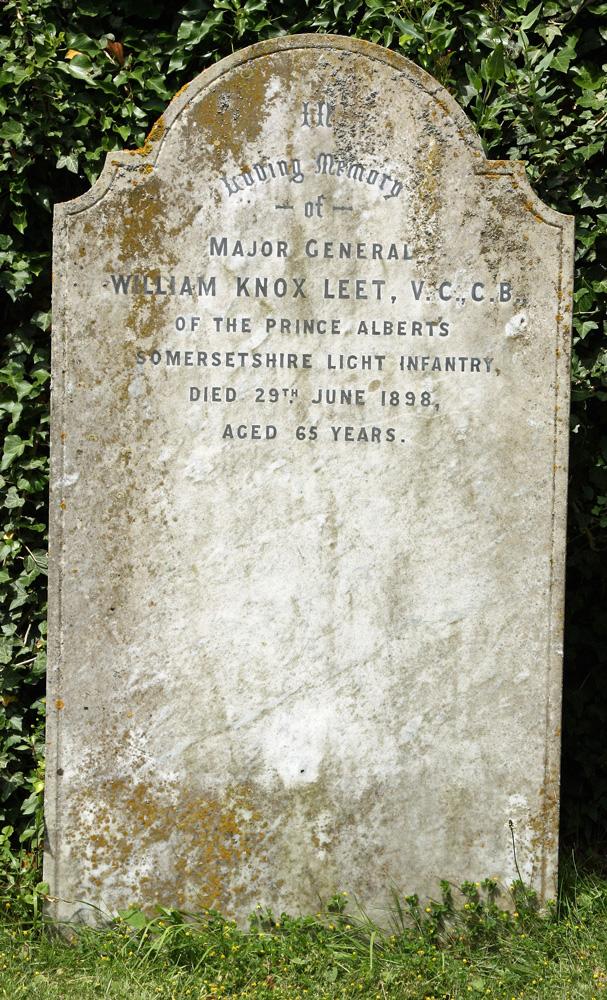