How Fort Mistake got its name 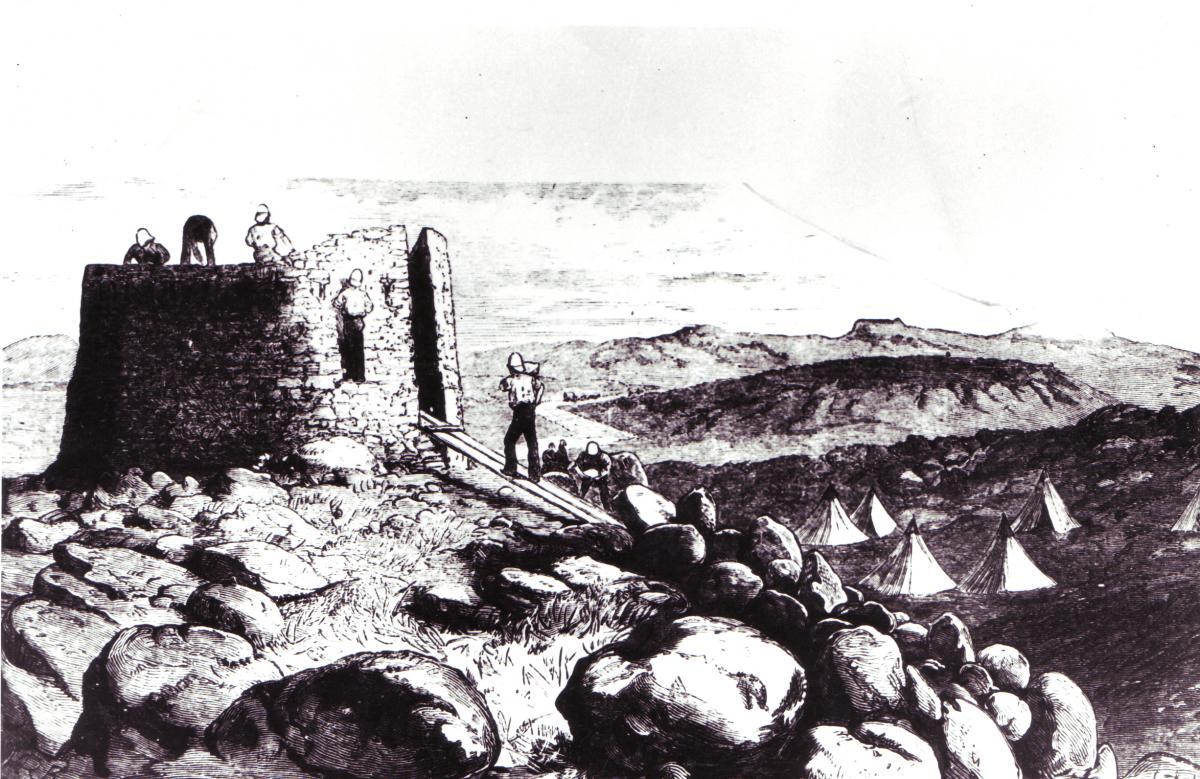 On the western heights of the Biggarsberg, Mkupe Mountain looks down on the strategic pass to which it gives its name and the Inkunzi river. During the Anglo-Zulu War (1879) and the 1st Anglo Boer War (1881), this pass was of vital concern to the British Army, as it was their supply line between military headquarters in Pietermaritzburg and the Frontier stations of Newcastle and Dundee. It was also the shortest route for any Boer invading force to strike at the communications system of the British defending forces and the quickest route to take to Ladysmith.

Fort Mistake from a distance via Talana Museum.jpg 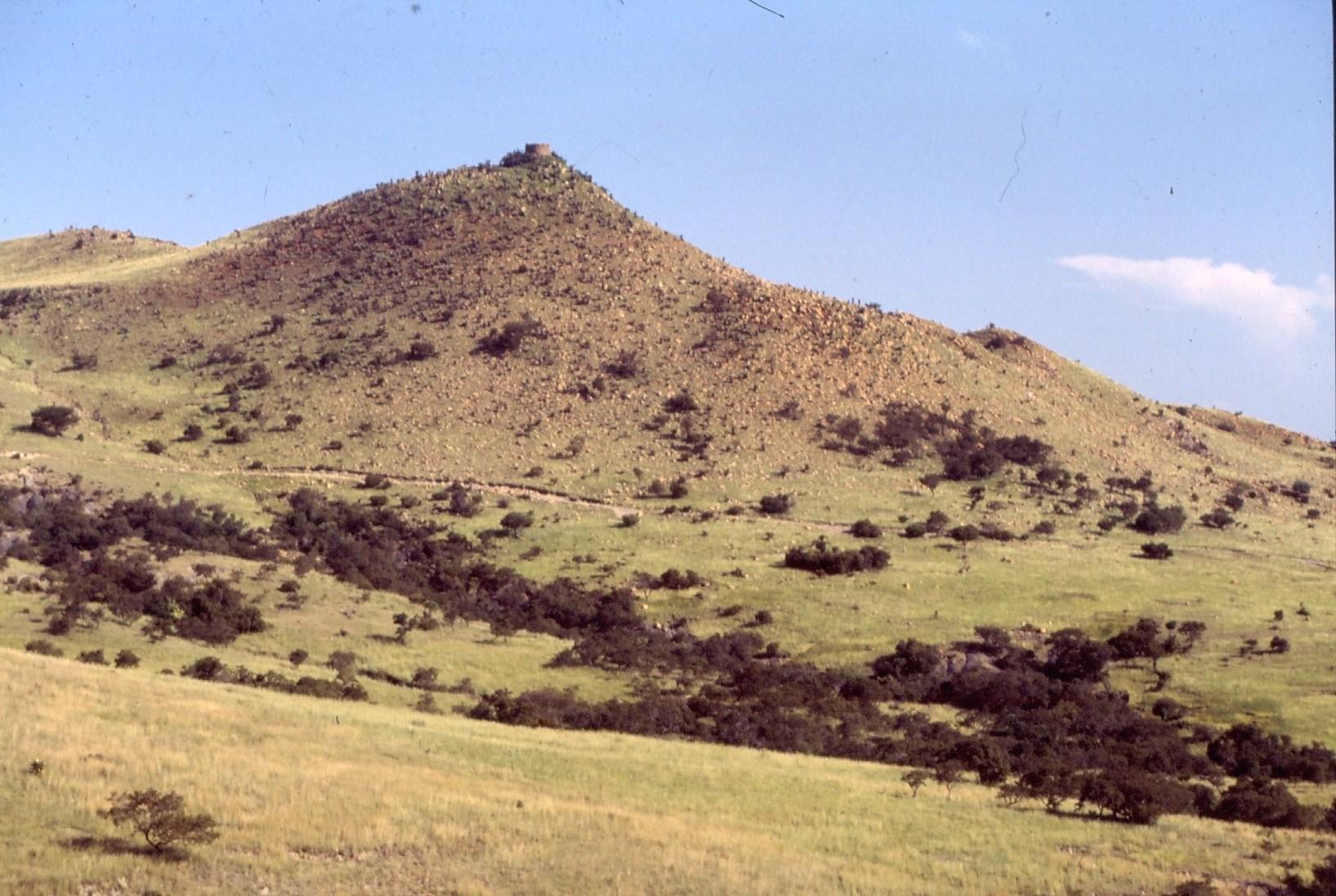 Fort Mistake from a distance

“Mkupe” is an old Zulu name meaning the "fouling of the Eagle’s Nest”. To this day the black eagles nest along its cliffs and soar across its northern flanks.

Other mountains with historical significence can be seen from these heights:

Many is the tale told of the origin of Fort Mistake and its quaint name – and many are the legends that continue to this day:

Unfortunately or fortunately none of these are true. The clue to the truth lies in a series of drawings and a brief report by the famous war correspondent of the “Graphic”, C.E. Fripp. Sometime early in March 1881, after the disastrous defeat of Majuba, he was hastening down country from Newcastle and at Mkupe Pass he found frenzied activity. During the armistice the British were preparing for a fresh outbreak of war, should peace negotiations break down.

Reinforcements from India who had marched up from Durban and Colonel Sir Evelyn Wood, who recognised Mkupe as one of the strongest strategic positions in Natal, was bringing up troops and supervising the building of a series of small fortifications as signal stations on the line from Ladysmith to Newcastle - at Sunday’s River, Mkupe, Dannhauser, Ngagane and at Newcastle itself.

At Mkupe the fort was a building on a small knoll marked as One Tree Hill on the map. The fort took this name, which was used on maps and which was referred to 16 years later, when Major Henderson’s Intelligence report and maps for the area in 1897 referred to two forts overlooking the vital road link – Fort One Tree Hill and Fort Mkupe.

In 1899, Bacon’s Map of the Seat of War, used the same names, marking a small circle to the west of the road and a large rectangle to the east of the road.

On his trip through, Fripp had just time to make some sketches of the camp of the 80th Regt., fresh from their exploits in Afghanistan, and of the building, a neat, dry stone-walled “Fort overlooking the Newcastle Road”. The mountain in the background is recognisably Mkupe and the rest of the skyline is an accurate reproduction of the Inkunzi valley.

A week or two later on his return trip, Fripp briefly recorded details of a day long battle at Mkupe and did a drawing from eye-witness accounts of the “Fight at Fort Eagle’s Nest in the Biggarsberg”.

It appears that the Free State Boers, had swarmed down the neighbouring passes after Majuba, and established their laager at Leeuwkop, directly opposite Mkupe.

The British, sensing a threat, had hastily mounted heavy guns on the buttress of Mkupe facing Leeuwkop and in a day had put up a stone redoubt commanding the transport road and a large wooden stockade above it on the flat heights of Mkupe - Fort Eagles Nest. Again the drawing was exact and the position recognisable. 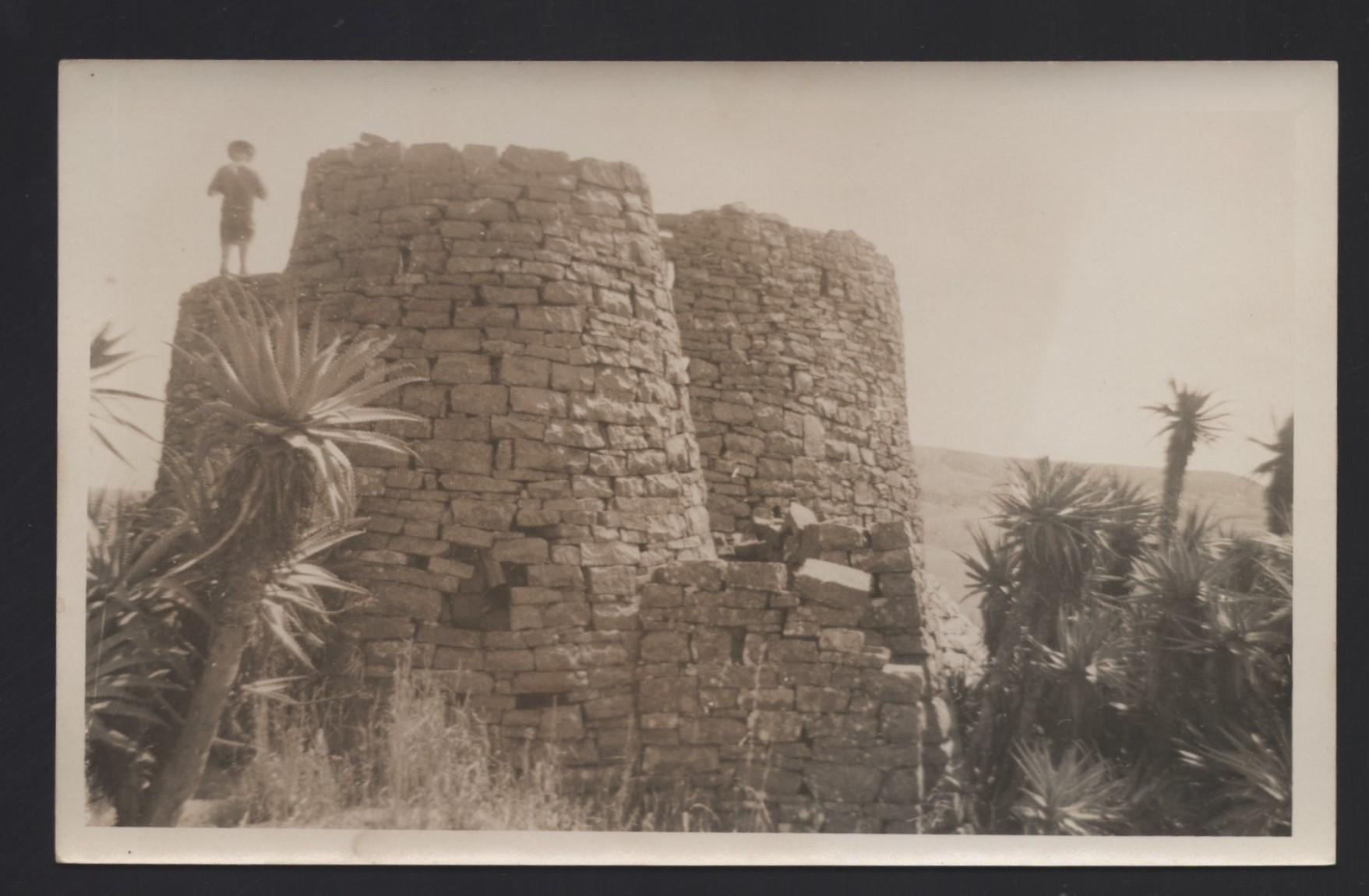 The “Mistake” is that of an unknown cartographer. Up to 1910 “One Tree Hill” is always shown to the east of the road and Mkupe Mt. to the west. The road has not changed position. But after 1910 the name Mkupe slipped off the map and “One Tree Hill” took its place. The cartographer moved it across the road and so the "mistake" happened. Confusion over Fort Eagles Nest and One Tree Fort and Fort Eagles Nest also slipped off the maps.

In 1924, when an expedition from Witwatersrand University noted the remarkable and unique fort, they requested its declaration as a National Monument, (a request at last acceded to after 55 years), but by then the name was firmly fixed in local minds as Fort Mistake and as such Fort One Tree Hill remains. 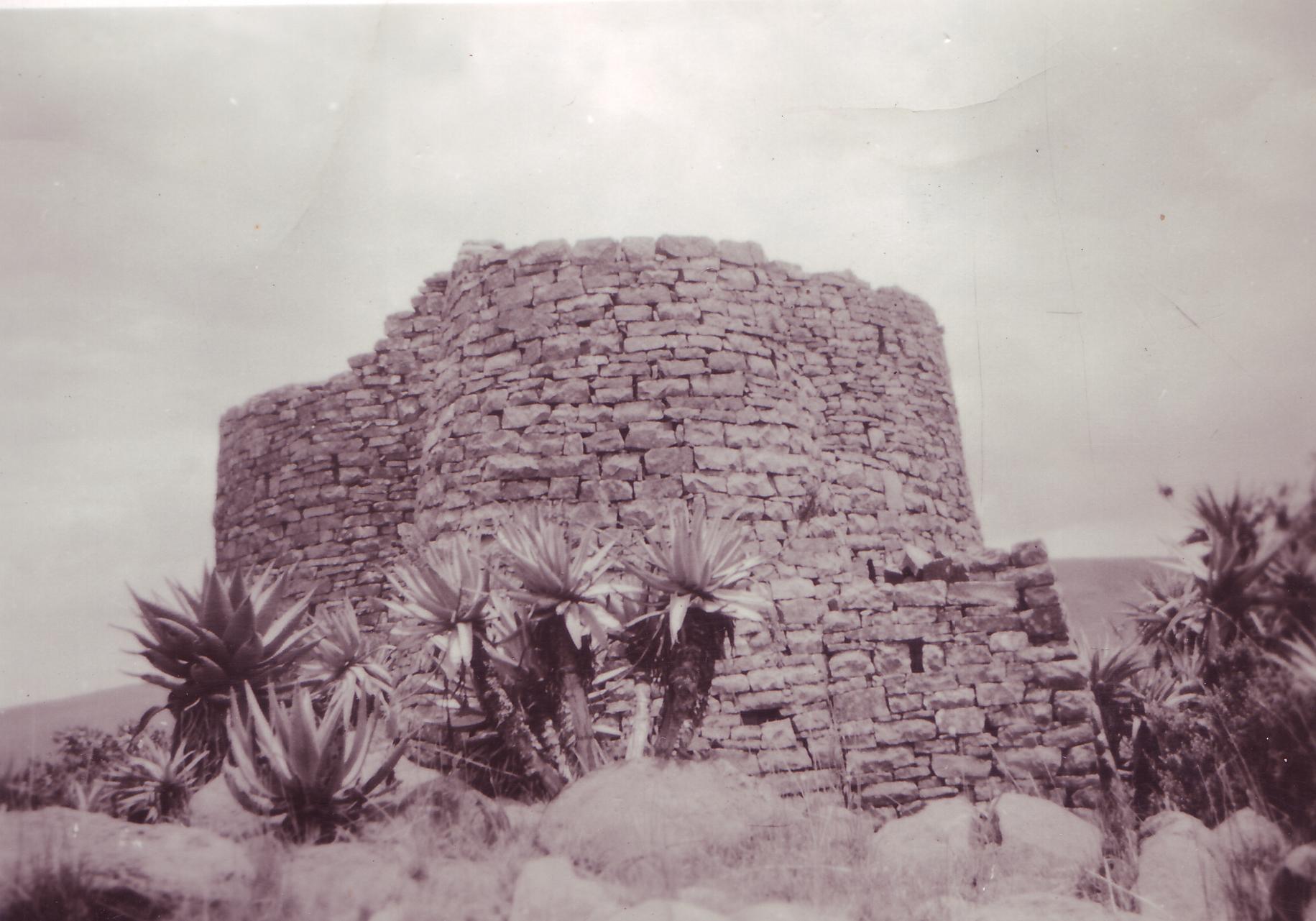 Another old photo of the fort

It is one of those coincidences of history that the Mkupe position in 1881 was commanded by Colonel Redvers Buller V.C., later to be ignominiously labelled “Bungling Buller” and "Sir Reverse" by British soldiers. He sat shivering in his tent, describing the snow-shrouded valley of May 1881 as the “coldest in a life time” of soldiering.

The position was re-occupied after the relief of Ladysmith in 1900 when the retreating Boers fortified the Biggarsberg.

But “Fort Mistake” stands as a reminder of the history that has flowed through this valley, of all too human mistakes and how local names and knowledge become embedded in the fabric of our history. All too often we accept what we are told without checking - Is it true?