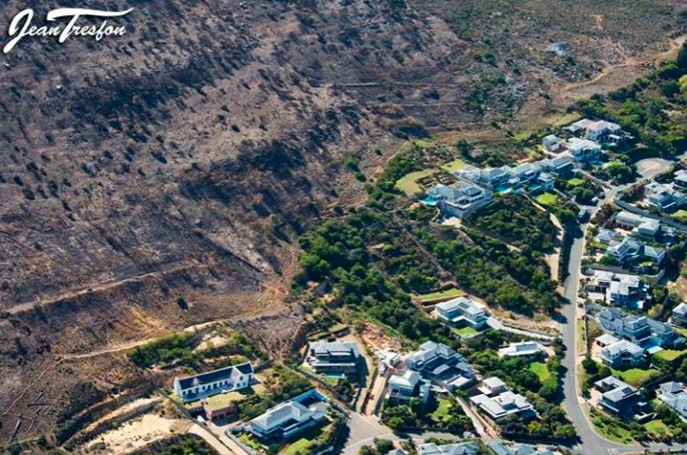 [Originally published in 2014] In the following powerful opinion piece Richard Bryant, Chairman of the Kommetjie Heritage Society, takes a critical look at some of the City of Cape Town's development policies and how they are impacting the Cape Floral Region Protected Areas (World Heritage Site). He argues that not only is the Word Heritage Site at risk but people's lives and properties as well.

Many Capetonians risked their all in fighting the recent wildfires that devastated much of the southern Cape Peninsula. They were “heroes”, the Western Cape Premier Helen Zille noted. It was, she added, a term “entirely appropriate in this context”.

One of those “heroes”, Hendrik “Bees” Marais, paid the ultimate price: he was the helicopter pilot who lost his life when he crash-landed in the Cape Point section of the Table Mountain National Park.

Cape Town mayor Patricia de Lille echoed many of our sentiments when she said of Marais, “We salute him and pay tribute to him for the contribution that he made in saving lives and protecting property.”

But what Zille and De Lille have neglected to mention – and this is indeed a terrible irony – is that it was Cape Town’s own developmental policies that put those lives and property at risk in the first place.

The fires raised important issues about the management of the city where it abuts both the acclaimed national park and the protective buffer zone surrounding it.

This is an area that in 2004 was proclaimed by Unesco as part of the Cape Floral Kingdom Protected Areas World Heritage Site.

As the world’s largest and most important natural floral kingdom, this heritage site ranged across the Western Cape and beyond to include the De Hoop Nature Reserve, the Swartberg mountain range and Baviaanskloof in the Eastern Cape.

Here are some 9 000 plant species, about 70% endemic to this region only. Of these, 1 500 species are considered to be threatened.

Obviously, the management of such an asset, especially where it fell within the boundaries of an expanding city, is a complex matter. After the Peninsula wildfires in 2000, the International Union for the Conservation of Nature, on behalf of Unesco, made two important recommendations regarding the management of the Table Mountain section of this world heritage site.

Firstly, Cape Town’s urban edge should be clearly demarcated and secondly, a protective buffer Zone should be proclaimed around the Table Mountain National Park. The acceptance of these conditions resulted in the inscription of the World Heritage Site in 2004 by Unesco and later confirmed by publication in our Government Gazette in January 2009.

This was to curb the impact of urban sprawl into the floral kingdom – and particularly to deal with the fact that fynbos species require regular burning to ensure regeneration and survival. Simply put, it is not a good idea to lay down a suburb next to an open, extremely windy natural area that’s required to be razed from time to time.

But the province and the city now appear to think otherwise. Last year, in developments wholly contradictory to the preservation of this heritage area, the city announced it would no longer recognise an urban edge that impeded upon its development-friendly policies.

As a result, several controversial residential proposals inside the Cape Floral Kingdom’s buffer zone have since been approved. Needless to say, they are not the sort of developments aimed at addressing the country’s critical housing shortage.

They include 109 properties in the Kommetjie area, 90 in the Glencairn valley and, most recently, a coastal development at Partridge Point, between Simonstown and Smitswinkel Bay.

Bafflingly, these proposals have been enthusiastically supported by SANParks – the very agency mandated with the task of managing and preserving this heritage area.

The fires exposed the folly of all this. Almost exclusively, these recently approved developments are security complexes. Electric fencing separates them from natural areas. These same fences greatly hampered firefighting operations.

Instead of containing a natural fynbos fire in our world heritage site, firefighters have had to concentrate their efforts on saving properties that bordered on natural areas. Many of them should not have been there in the first place. Many of these complexes have thatched roofing. How was that allowed?

Inside the residential complexes firefighters were fenced in and unable to deal with wildfires. Aerial photographs show the results all too clearly: green residential areas contrasting dramatically with scorched fynbos. 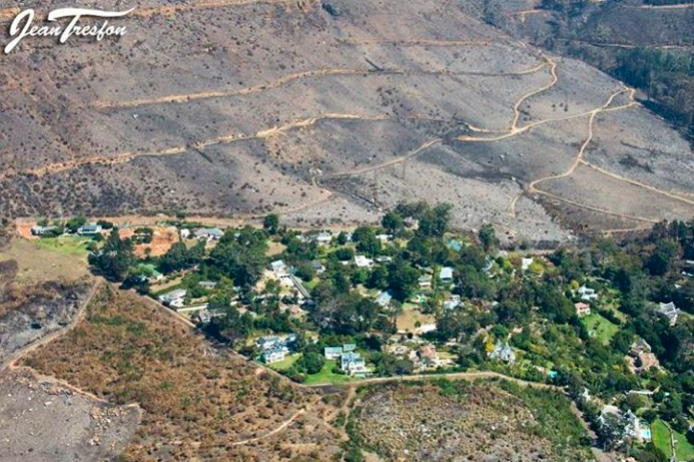 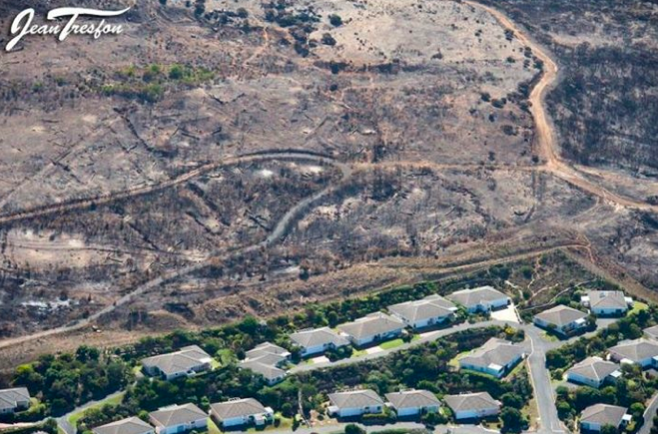 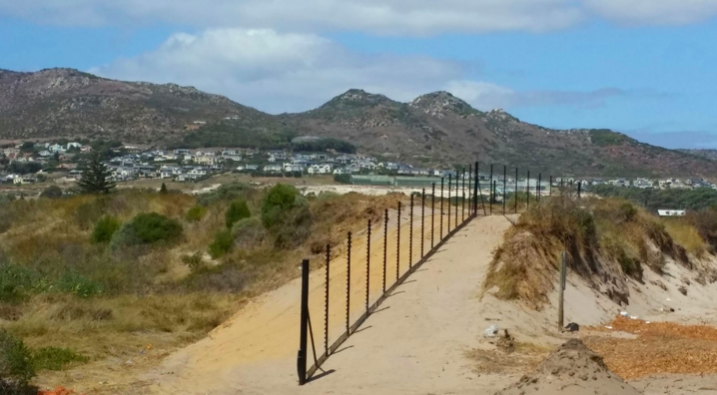 More of the same, we note the recent erection of 3m high electrified fences around the new Chapman’s Bay development at the bottom of Ou Kaapse Weg.

The city and the province are approving more and more of these developments in the buffer zone, thus further jeopardising a world heritage site. There will be more fires. These properties – and the lives of those who live there – will once more be at risk. They shouldn’t be there.

The same must be said of alien vegetation. There are effective programmes that manage invasive species in the Table Mountain National Park – but none that govern private properties bordering the park and inside the floral kingdom’s buffer zone.

Environmental bodies have appealed to city and provincial authorities to intervene in this matter, but to no avail. Suspicions are growing that some landowners are deliberately allowing alien vegetation to degrade their environmentally sensitive properties in order to achieve development rights.

The development lobby has significant political and financial muscle – and yet, typically, their efforts only benefit a small minority. None of the outlandish proposals which are being crowbarred into fruition against the southern Peninsula’s wishes will alleviate inequality in any shape or form in the Western Cape. Once unscrupulous and greedy developers get the go-ahead to cover the Cape Floral Kingdom in concrete, that’s it, it’s gone forever.