The history and restoration of Harare's oldest house 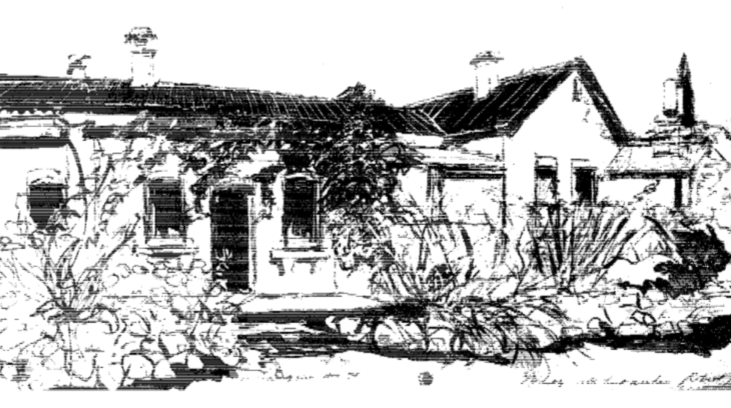 The article below was written by Peter Jackson and appeared in the 1994 edition of Restorica, the journal of the Simon van der Stel Foundation (today the Heritage Association of South Africa). As the title suggests, it reveals the history and restoration of Harare's oldest house located at 110 Livingstone Avenue. Jackson was then the Honorary Historic Buildings advisor to the City of Harare  as well as chairman of the Historic Buildings Advisory Committee to the Harare Museum of Human Science. The building still exists and is home to Gallery Delta (click here to view website). Thank you to the University of Pretoria (copyright holders) for giving us permission to publish.

In December 1991 I was honoured to formally open a small house - 110 Livingstone Avenue, Harare - as an art gallery. It was a very special occasion, since the well-known Gallery Delta had been required to vacate its former premises some seven months earlier, and as its new venue had provided a home for over forty years for Zimbabwe's most eminent landscape painter, Robert Fowler Paul.

The significance of the event was heightened as research indicated that the house was likely to be the oldest extant house in the city, post-dating by only four years the founding of Fort Salisbury in September 1890. (The 1892 Government Offices and the 1893 Market Hall are the only buildings known to be earlier). Stand 1951 of Salisbury Township Lands, comprising 125 square roods, was originally given to Edward Vigne, a solicitor, by Deed of Grant from the British South Africa Company in 1894. Vigne, who had come to the country with his brother Dr Alfred Vigne in 1893, was born in 1857 at Fort Beaufort, and practised as a solicitor in Kimberley. In August 1893 he became the ninth solicitor to be admitted to practice before the chief magistrate of Mashonaland.

He built his house in 1894 and by early 1895 he was in practice with Malley and Honey, the forerunner of today's legal firm of Honey and Blanckenberg. Vigne was an enthusiastic cricketer, and sponsored the Vigne Cup, which is apparently still in existence. 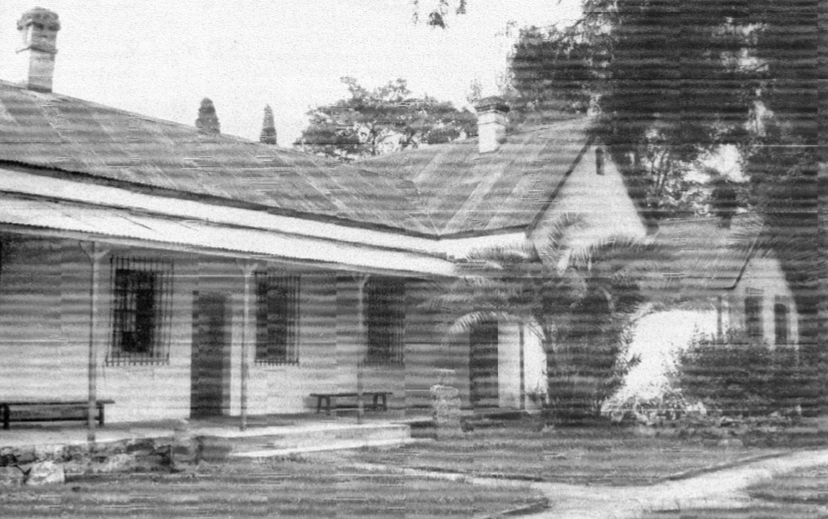 In November 1908 he was subjected to fits of depression, when he mysteriously disappeared from the Mazoe Hotel one Sunday afternoon. His decomposed body was found in the bush a few days later on 9 December.

Vigne had sold the stand in 1900 for 700 pounds. By then the house comprised two narrow thatched rooms, with a separate iron-roofed kitchen and bathroom. The next owner kept it for only a year, selling it in 1901 for 400 pounds to a Leonard Wigg, by which time Wigg had already had plans drawn up for a major extension linking all the existing rooms beneath a new corrugated iron roof. This is the appearance that the restoration was intended to achieve (plus the additional front gable added by the Pauls in 1940). 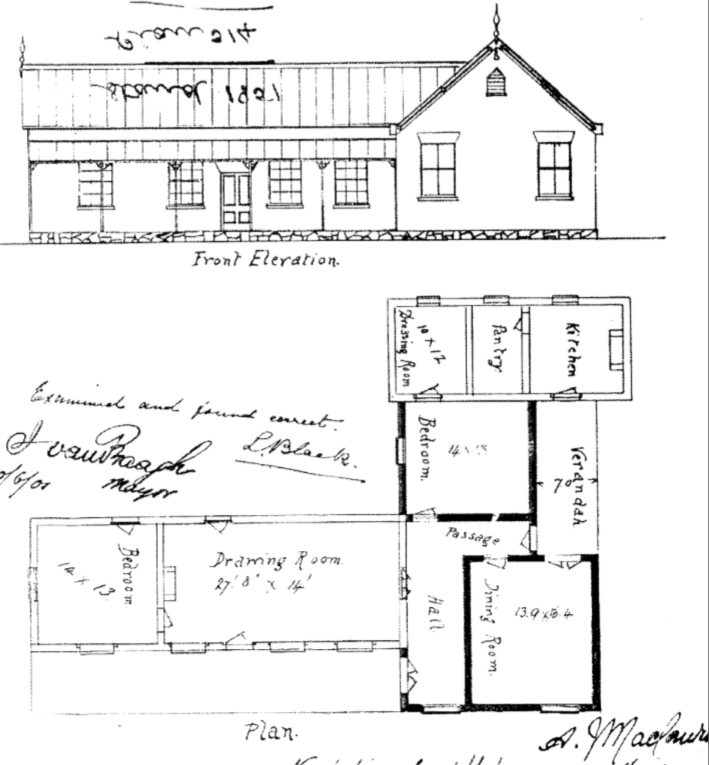 Less than six months later, the extended house was sold again, to James Ffolliott Darling for 1 500 pounds. Darling, a failed Dublin medical graduate, was born in 1859, emigrating to the Cape in 1883, where he became a medical·orderly. He joined 'X Troop of Cecil Rhodes' 1890 Column, and upon release in Salisbury took up prospecting. He was one of those rescued by the Mazoe Patrol during the First Chimurenga War. An enthusiastic naturalist, being a fellow of both the Dublin and London Zoological Societies, to whom he sent back numerous specimens from South Africa and Rhodesia. He eventually retired to Ireland and settled down as a gentleman farmer, where he died in 1929.

Darling sold the house in 1907, and it passed through a number of company liquidations during 1910. From 1912 to 1922 it belonged to Transvaal and Rhodesia Estates. After 1922 it was owned by Ethel Cooper, a spinster. The property was purchased by Marie Hawkins in 1928, who added a separate garage in 1929, and a further small stoep (later enclosed) was added to the east side of the house in 1933.

In 1934 the original earth closets were upgraded and connected to the new municipal sewer laid in the lane behind. Hawkins' daughter Dreen, a well-known tennis player, had moved into the house in 1933, and after the marriage to Robert Paul in 1937, a further bedroom and bathroom were built on in 1940 to provide an additional gable to the front elevation. Marie Hawkins sold the house to her daughter in 1953.

Robert Paul had been born in England in 1906, and came to the then Rhodesia in 1927 to join the British South African Police. While a mounted trooper, his sketching skills led him to becoming a cartographer in the vastness of the Midlands Province bushveld. In the late twenties or early thirties, he had been introduced to John Piper, later to become a renowned British neo-romantic painter, and they shared a lifelong friendship. He painted throughout his life, and after his retirement from the Pay Corps of the Southern Rhodesia (Permanent) Force in 1951, Paul painted while on holiday in the Transkei, at Beira, as well as in Salisbury and ever-increasingly the Inyanga mountains of Eastern Rhodesia. 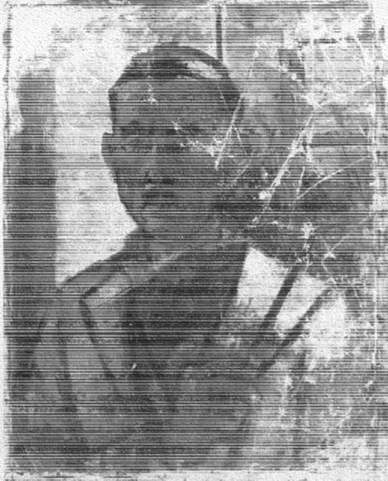 Robert Paul Self Portrait (via Restorica)

His paintings however did not only depict landscapes, either real or abstract; Paul also liked to paint buildings, and he clearly appreciated the special qualities of many older structures. In 1976 the National Gallery of Rhodesia acknowledged his contribution by mounting a retrospective exhibition of over 250 of his works. The National Gallery purchased some 30 paintings from his collection. In 1980 a further major exhibition was shown at the Pretoria National Gallery.

The painter was still living at 110 Livingstone Avenue up until the time of this death in September 1980. Dreen, his widow, died a year later, when the property was jointly inherited by their children Paul and Colette.

By 1991, after ten years of tenants, the house was in a very run-down and neglected state. The stand is zoned for use as residential flats, and its redevelopment value is considerably in excess of its value while supporting only a single dwelling. Commercial use seemed an ideal alternative to be able to support the costs of renovation and restoration, but the Department of Works has been actively and strongly resisting commercial pressures encroaching into the residential avenues.

When the owners of the building quickly responded to the plight of Gallery Delta no longer having a place in which to exhibit, it seemed an ideal opportunity to try to combine Robert Paul's ancient house with the needs of a dynamic and experimental art gallery. Application was therefore made in April 1991 to the city council for Change of Use to gallery purposes.

This was entirely outside the scope of the rigid town planning scheme, but in the context of the draft Historic Building Regulations and the undisputed historical significance of the building, the Department of Works respondend positively and agreed to publicly advertise the proposed change through the Special Consent process. No objections were raised and a permit for Public Building (Gallery) Use was eventually granted, on the very day that Gallery Delta re-opened with a special commemorative exhibition of the works of Robert Paul.

Despite years of neglect, and its new function as a gallery, the original architectural character of this lovely house remains intact. The "railway carriage" plan of the 1894 structure is an excellent example of frugal architecture from the earliest years of Zimbabwe's colonial settlement, typified by narrow rooms, a steep pitched roof and small window openings.

The 1901 timber verandah was also typical of the upgrading of buildings that took place about the turn of the century, for example at the government offices and the market hall mentioned above. This delicate verandah was later replaced with brick, and by having some sections of it enclosed. However, one timber post survived, which has enabled the original verandah to be replicated with new posts of old Oregon pine. A portion of the rear verandah was similarly restored, though the small store at the west end has been retained, as this is a room where Robert Paul did a great deal of his painting.

The response of the arts community to the new venue was tremendous, and further donations meant that renovation work would now continue in the very derelict back portion. The Swedish International Development Agency provided funds for the construction of a 100-person amphitheatre focussed on a side verandah of the house, which anyway required complete reconstruction. This area naturally lent itself to being developed as a small stage, with the former window openings being extended to contain three new tall Oregon pine framed glazed doors, which ambiguously serve as windows to the gallery within, and as an abstract backdrop to the stage.

Within the amphitheatre seating was the former well which was dug out to find water. We were able to locate a 50-year old hand pump. It was a memorable day indeed when the matchboard partition that had separated the front and back halves of the house for many years, was able to be stripped away, and the whole house was immediately transformed. This meant at last becoming available for a good variety of walk-through exhibition spaces. Very little major alteration has taken place, but the transformation has been remarkable, while the sculptor Arther Azevedo's security grilles provide the building with the necessary and magical continuity resembling the original Gallery Delta.

The building work, completed in mid-1993, was carried out by a very small building team under the supervision of Derek Huggins, one of the owners of the gallery. There is a condition in the Planning Permit requiring regular public access to the house, and the gallery intends to mount a permanent Robert Paul exhibition in one of the rooms. The last exercise will be to provide a removable roof over the amphitheatre seating, which must not detract from the character of the house, but will enable the stage facility to be used at any time of the year.

Since completion, the house has become a much visited tourist attraction, both as a gallery, and for the interest in this very early building. This is particularly significant at a time when the local museum Historic Buildings Advisory Committee is pressing the City of Harare to recognize the tourist potential of its architectural heritage. In particular, there are strong efforts being made to reduce traffic in, and to landscape Robert Mugabe road- formerly Manica Road, the original main street in the city, which is specially endowed with a considerable number of attractive examples of late Edwardian architectural eclecticism behind unifying verandah pavements.

This particular project has therefore been used to demonstrate to the city fathers that the best of Harare's colonial heritage can be of value and significance for the future. The project has saved for Harare an excellent example of its earliest urban architecture, and in such a way as to reasonably guarantee its survival well into the 21st century. It is not a museum; it has had to change to adapt to its new function, while at the same time re-establishing its original intergrity.

In celebrating its special association with Robert Paul, the house looks back, as well as forward to the future. Very often one can find young aspiring artists painting in the garden, on the verandah or in the theatre. Far from becoming just a showcase, 110 Livingstone Avenue has become a vibrant focus for artistic growth; a place of questioning, of testing aspirations; of making visions of the present and of the past, for the future.