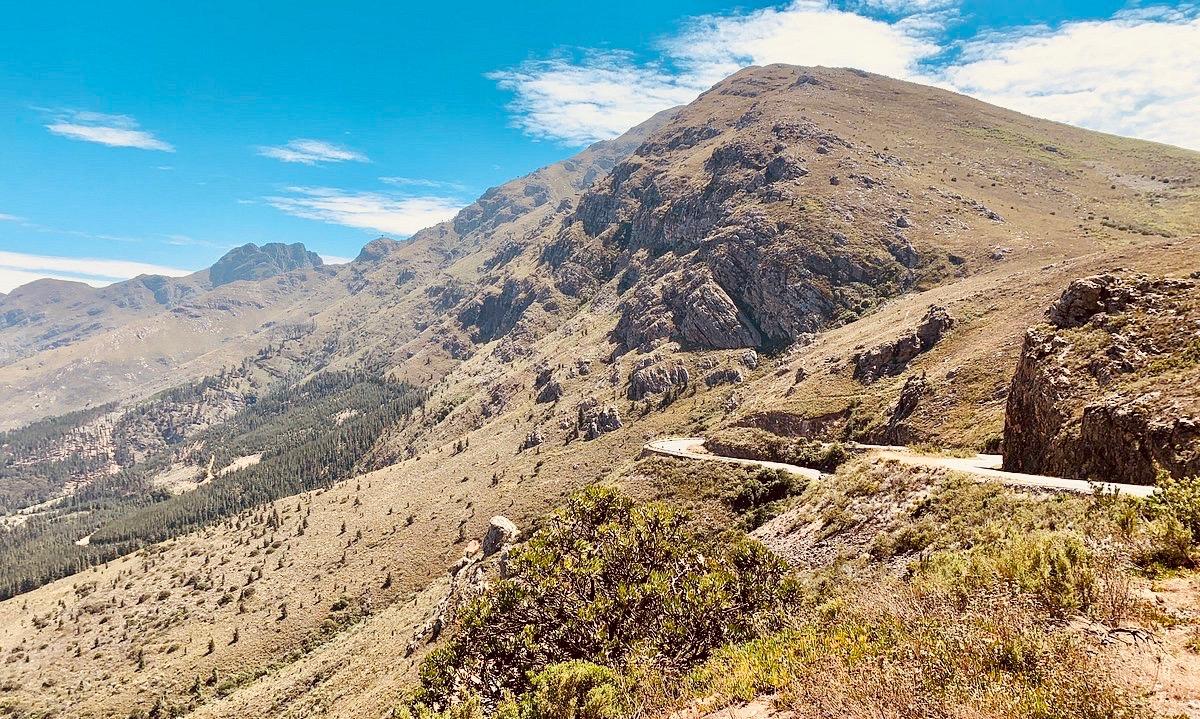 In the article below, Graham Ross tells the story of William Holloway, the engineer who built the magnificent Franschhoek Pass. The piece first appeared in the publication 'Past Masters: Pioneer Civil Engineers who contributed to the growth and Wealth of South Africa'. Thank you to Tony Murray for giving us permission to publish. Click here to view the stories of other great engineers.

Strictly speaking Holloway was not a civil engineer but a military engineer, since his professional life was spent as an officer in the Royal Engineers. However, he was the first person to carry out a significant civil engineering work in South Africa, and as such deserves pride of place in our catalogue.

William Cuthbert Holloway was born on 1st May 1787, the son of Major-General Sir Charles Holloway, R.E. and his wife Helen Mary. After passing through the Royal Military Academy at Woolwich he was commissioned in the Royal Engineers in January 1804.  During the Napoleonic Wars he did military service in Ireland, Madeira and Spain.

In October 1818 Holloway was sent to the Cape as commander of a detachment of Royal Engineers. His duties were essentially to provide infrastructure - including surveys and mapping - for military purposes. However, the Governor soon put his talents to wider use, and he began preparing plans and specifications for various public works in the Colony as well as supervising their construction. He was also required to make periodic tours of inspection. Based on these investigations he submitted a detailed report on the Colony’s roads to the Governor, and suggested various desirable projects, including the construction of a hard road over the Cape Flats, and a road through Cogman’s Kloof to improve access to the eastern frontier.

An early project supervised by Holloway was a general survey of the Cape Colony which was begun in 1819 and carried on until 1825, when it was discontinued because of the expense involved. About 35,000 square miles were surveyed, but unfortunately this work was not very well done. Holloway’s most important achievement in South Africa was the Franschhoek Pass. When he arrived in the country access across the mountains to the eastern regions was either by the steep and hazardous Hottentots Holland Kloof, or by a very primitive track at the head of the Franschhoek Valley built by a farmer, S.J. Cats in 1818. The Governor, Lord Charles Somerset, decided that one of these should be upgraded and Holloway estimated that the latter would be cheaper to construct. Perhaps His Excellency was also swayed by the route which led to one of his hunting lodges in the Villiersdorp area. 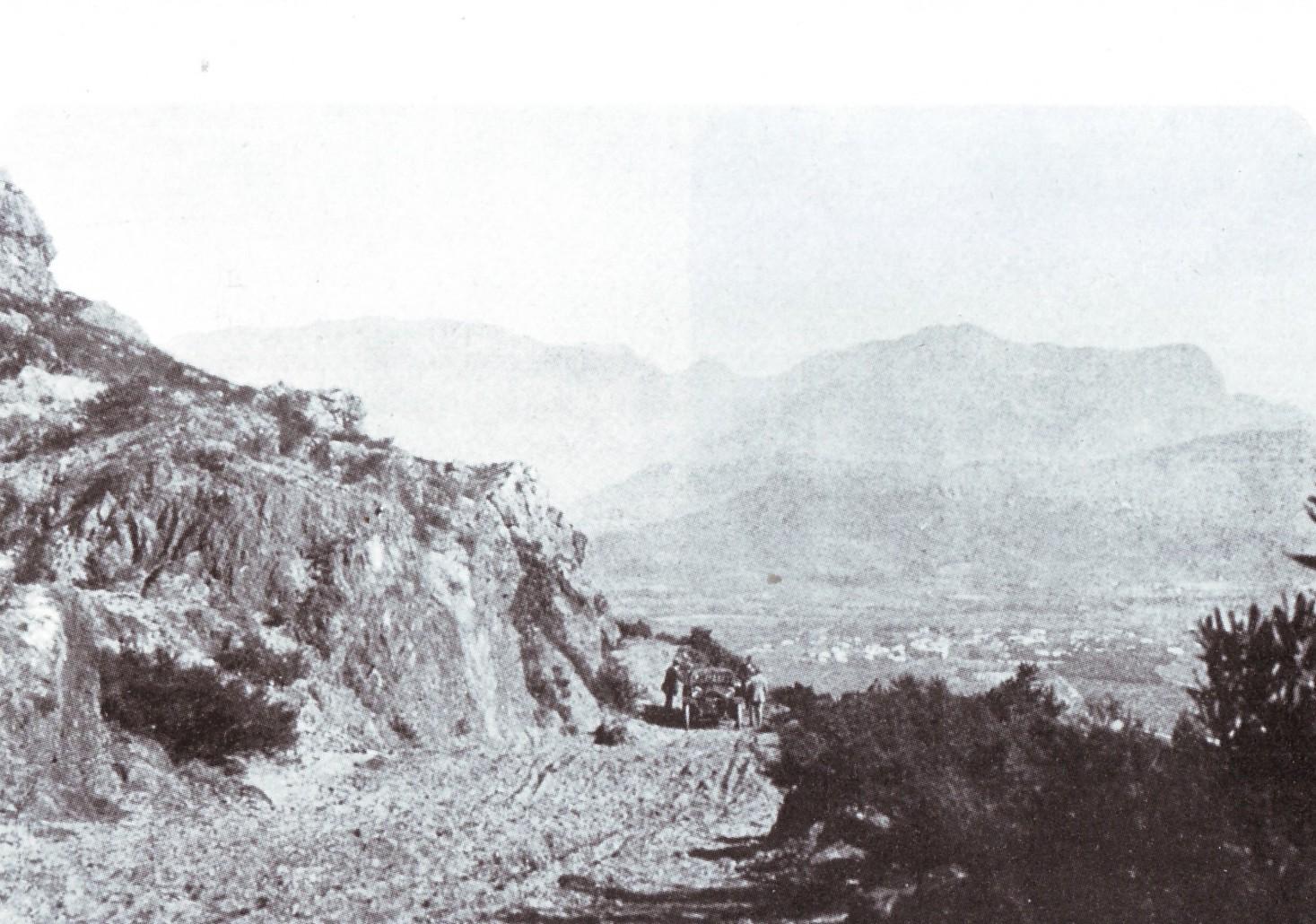 Franschhoek Pass in about 1925. Little had changed since its completion 100 years earlier. (Photo courtesy D. Stuart-Findlay)

The Cats alignment followed a path trodden out by elephants on their annual migration to the Franschhoek valley. It went straight up and over the top and the resulting “pass” was so steep that it could not be traversed by a fully laden wagon. Holloway designed a gently ascending route in side cut with a general grade of 1 in 15. The Governor was also pleased because two companies of the Royal African Corps were kicking their heels at the Cape while awaiting deployment to Sierra Leone; it was convenient to put them to useful work well away from the temptations of the Cape. Holloway must have regarded his reluctant workforce with some misgiving, but he did have some civilian artisans to assist with the skilled work.

Much of the difficulty of the Cats Pass alignment was due to a rapid descent after the summit to avoid a steep-sided ravine known as Jan Joubertsgat. Holloway kept the grade manageable by bridging the gap. For many years the neat little stone arch which is still in use was regarded as the oldest working bridge in the Colony. Recent research suggests that Holloway built a timber bridge, which was replaced by the stone arch by Michell in the 1830's. However for the present the bridge has been proclaimed a National Monument and is attributed to Holloway. 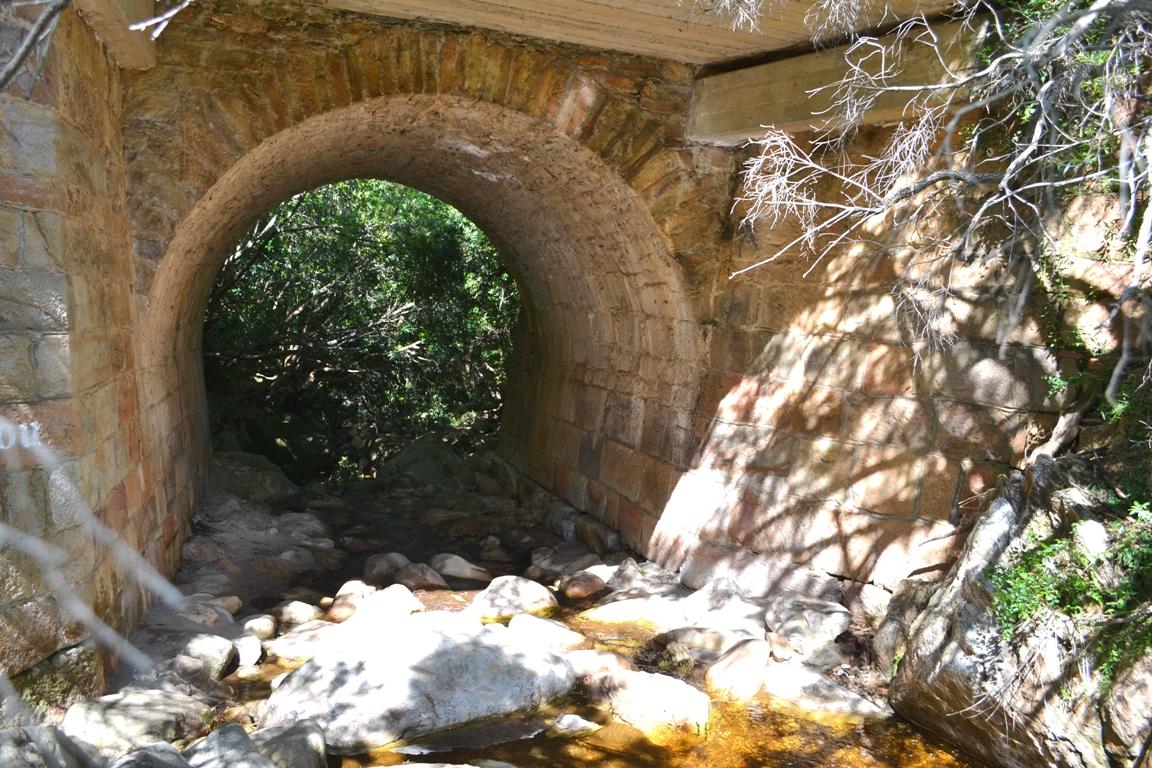 The stone arch (B Alexander)

The nine kilometre pass was completed in 1825 at a cost of £8,390. This was the first professionally located, surveyed, designed and constructed stretch of highway in Southern Africa; "a splendid mountain road in every respect", as an early visitor described it, which would serve well into the era of the motor car until improved in the 1930's and completely rebuilt. 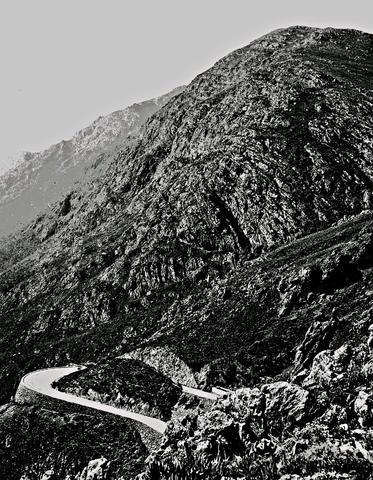 Ill health caused Holloway to return to England on long leave in 1824. While there he married Amelia Elphinstone, and assumed the surname Elphinstone in addition to his own. They had one son.

Elphinstone-Holloway returned to the Cape on 10th September 1825. In 1828 Charles Michell was appointed to the civilian post of Colonial Engineer and Holloway's duties reverted to the purely military, although several of his original schemes would eventually be implemented. After a final tour of the Cape in 1831, he returned to England and in September of that year was created a Companion of the Bath for his services in South Africa. It was a rare honour for a colonial official.

The remainder of his life was spent on a variety of military duties, including service in Canada and Ireland, until he retired to Plymouth. He died there on 4th September 1850.

Graham Ross liked to call himself a "padmaker". Although in the early stages of his career he roughed it with the hardy band of men who built roads in the dry and dusty rural areas of the Cape Province, in later years, after becoming one of the first qualified geometric engineers in the country, he operated out of a Cape Town office complete with drawing board and calculating machine. On retirement he began compiling a database of the history of Cape Provincial roads and, particularly, of mountain passes, which would earn him a doctorate from Stellenbosch University. This entailed a great deal of travelling, photographing, interviewing and research. At about the same time the Transportation Division of SAICE asked him to organise a series of articles about the passes for inclusion in the SAICE Magazine. For the SAICE centenary in 2003 Graham was persuaded to expand his articles into a book for general readers, which he produced at short notice with his customary care and flair, and "The Romance of the Cape Mountain Passes" appeared in bookshops soon afterwards.