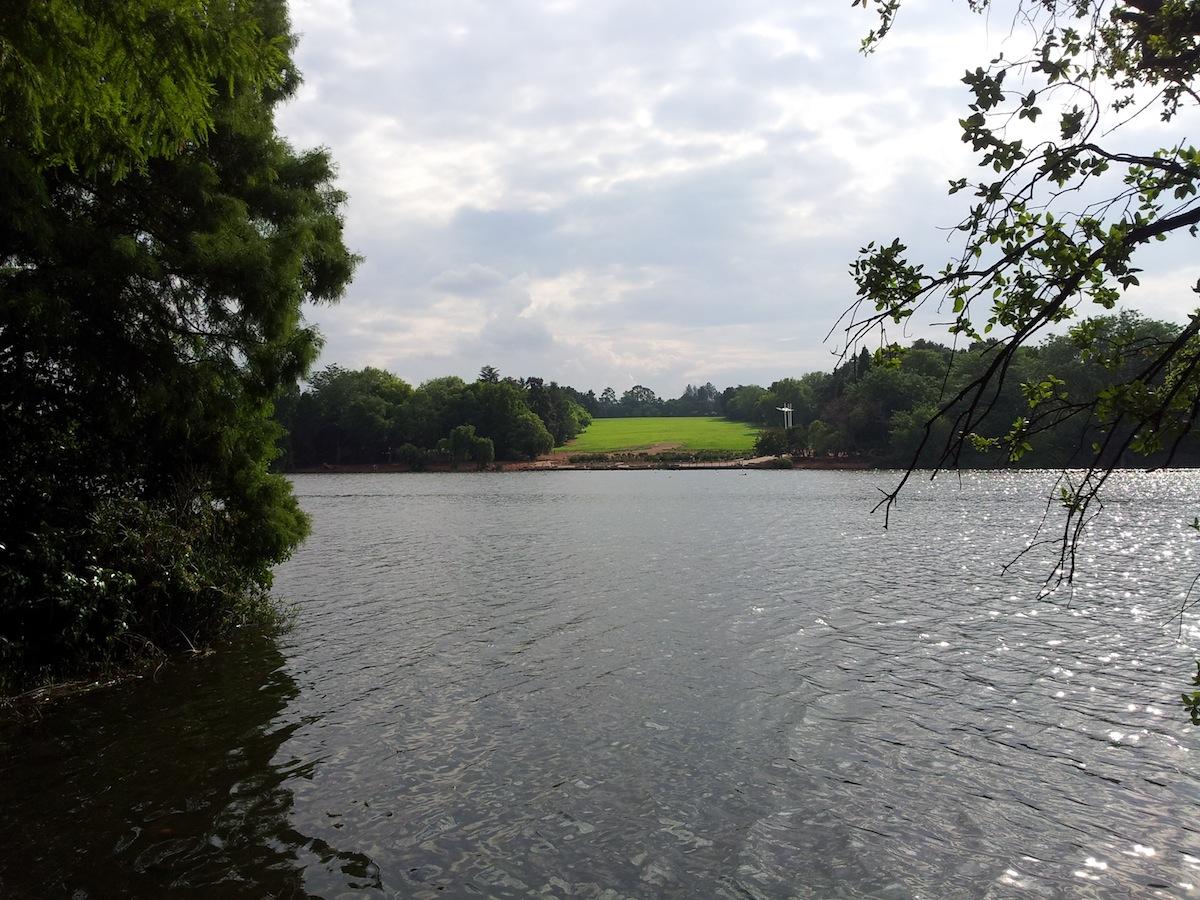 Emmarentia Dam is one of the recreation hot spots of greater Johannesburg. Thousands of people relax there every weekend but how many know its history? We certainly didn't until we stumbled across the following description compiled by the Joburg 100 Committee in the lead up to the city's centenary celebrations.

Lourens Geldenhuys (1864-1929) in conjunction with his brother Frans bought the farm Braamfontein in 1886. The two homesteads have survived - Frans' home as the club house at Marks Park and Lourens' home which has been kept in the family, in Greenhill Road Emmarentia. The brothers thought they would find the Clifton gold reef on their land but as it tuned out there was no gold and they set about farming. 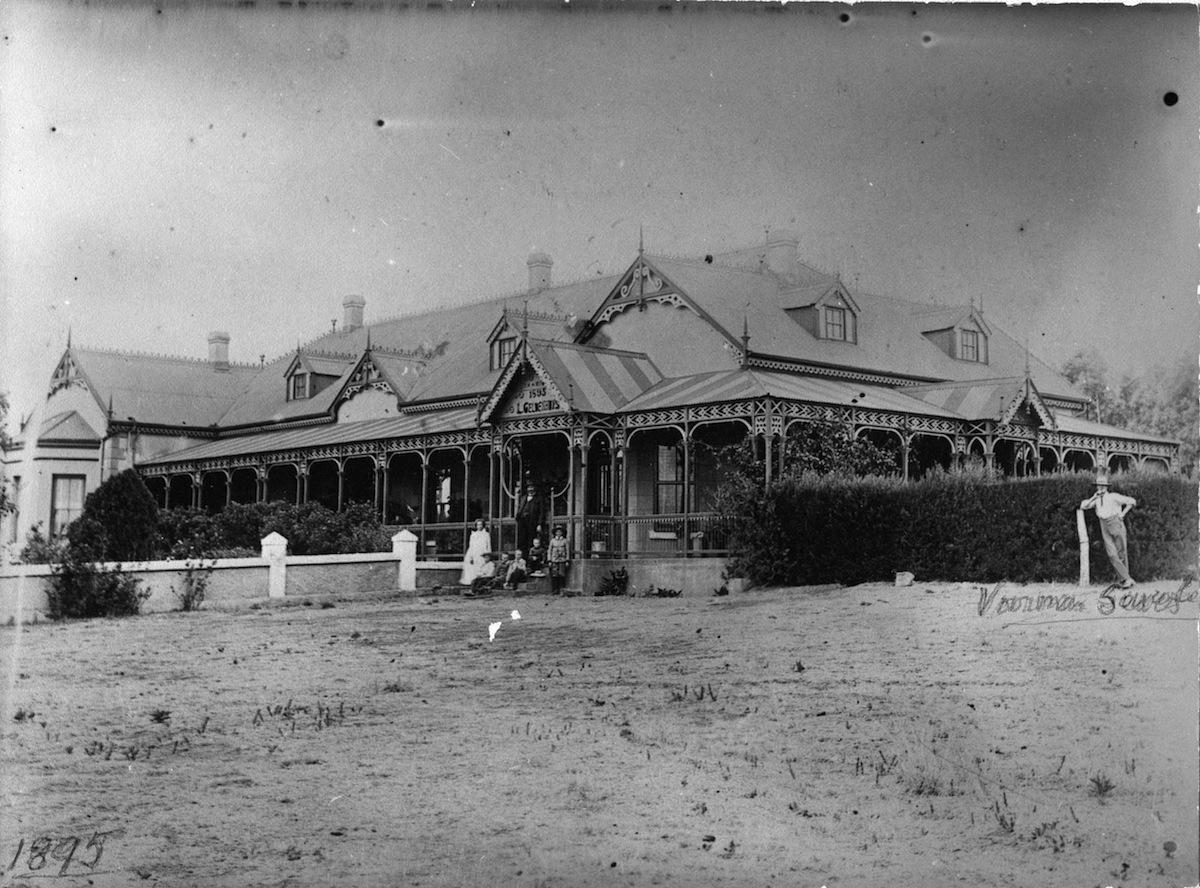 Lourens Geldenhuys was a generous man with a deep concern for his fellow Afrikaners and represented Vrededorp in the first Union Parliament. After the 1899 - 1902 Anglo-Boer war many Afrikaners were financially ruined and unemployed. Geldenhuys employed a number of these people, mostly ruined Transvaal farmers, to build a dam on his farm. He had two purposes in mind - to employ jobless Afrikaners and to ensure sufficient water for the cultivation of fruit trees. The dam was constructed of earth with a stone lining on the inside. The cost of the dam was £12,000. He utilised 145 morgen of his land to create 14 small farms which were irrigated. The farms were given to men selected from the dam builders and he supplied them with building material and peach trees. In return they had to pay him one third of their annual crop. The experiment worked well and all the men became successful peach farmers with Lourens Geldenhuys receiving a yearly rental of £1450 from the farmers. 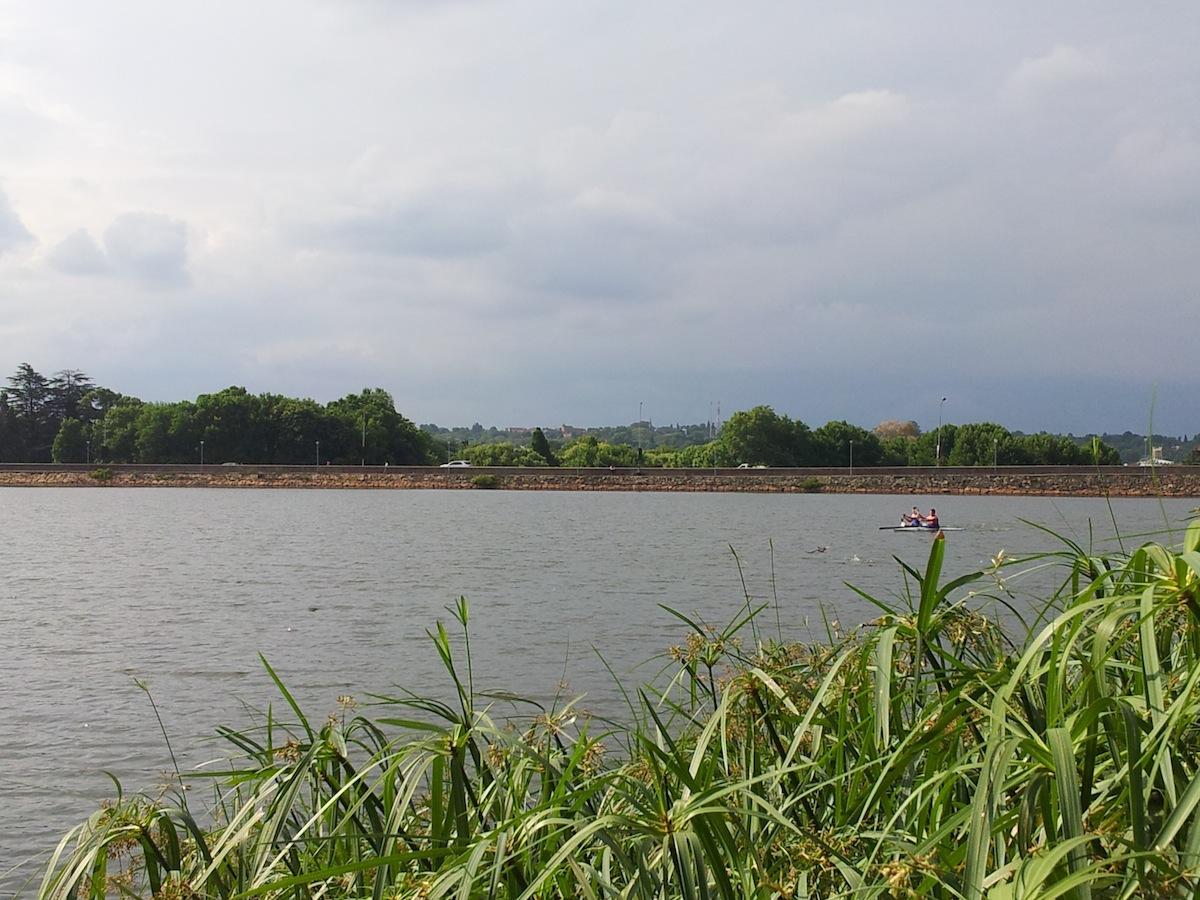 In 1939 when the township Emmarentia (named after Lourens' wife) was established, the dam and surrounding land was given to the City Council as an endowment. It has become one of Johannesburg's most attractive and most frequented parks. A portion of the land is now the Botanical Garden. The current use of the dam is wholly recreational and it has reached a point of overcrowding with dinghy and board sailing, canoe paddling, model boats and scuba diving all clamoring for space on or in the dam. A small section has been fenced off as breeding area for water birds.

The length of the dam is approximately 400m and the maximum height is 10m. This creates a water surface of 88,000m2. Inflow from the Westdene spruit varies from next to nothing in the winter months to a considerable inflow in summer when it rains. A 20 year recurrence interval of 65 cubic m and 100 year recurrence interval of 147 cubic m per second give an indication of the variation in the volume of water which can be expected to flow into the dam.