Early History of the Drill Hall 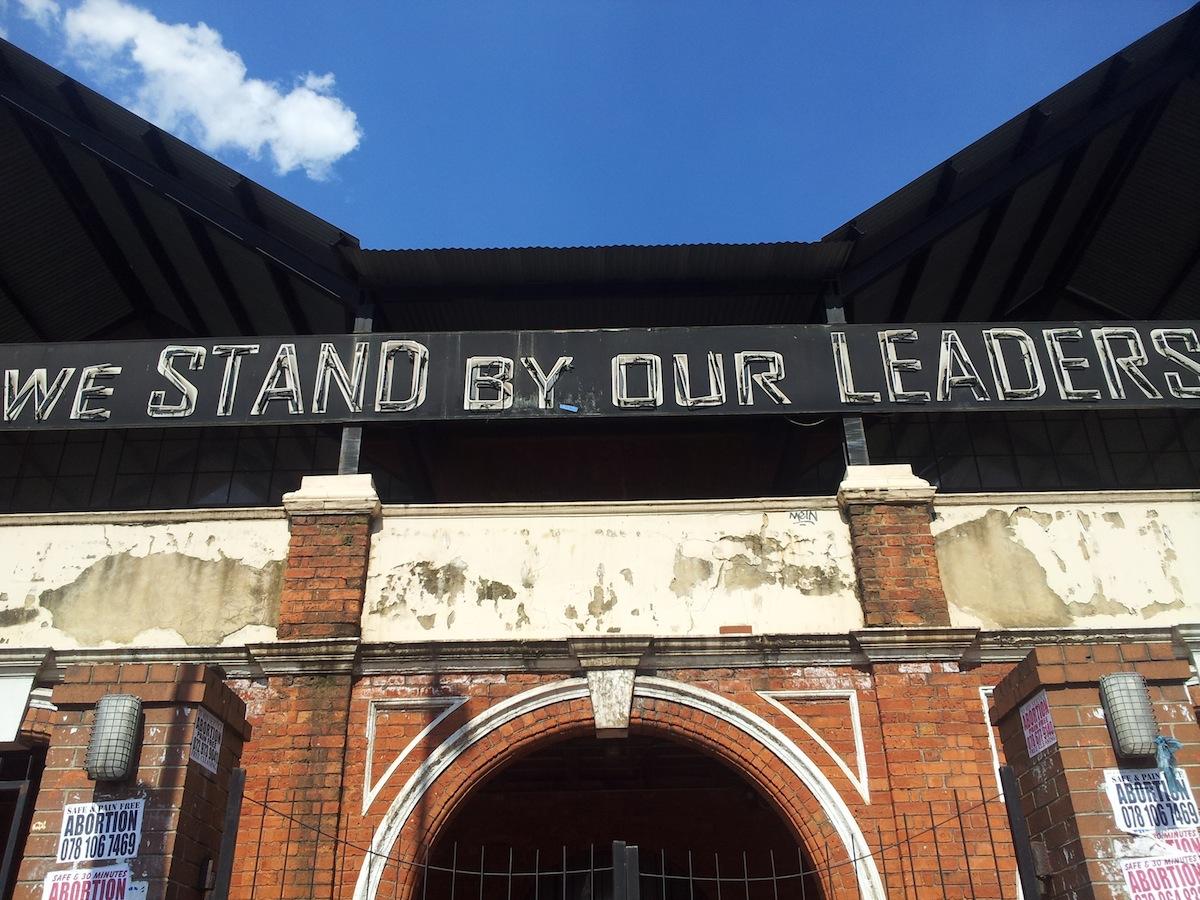 On the occassion of the 75th Anniversary of the Drill Hall in 1979 the following 'history' of the building was compiled.

The corner-stone of the Drill Hall was unveiled on Saturday 11 June 1904 at 14h00 by Lieutenant-General Sir H.J.T. Hildyard, Commander of the British forces in South Africa. The construction of this building, which was erected on the site of the old non-white prison in Johannesburg was completed in October of the same year. There had been a high wall around the outside of the prison, and the outside wall of the Drill Hall still rests upon those foundations today.

Initially, the cells within were fitted out as offices for various units. The actual Drill Hall in the complex which bears its name was the largest hall in South Africa in 1904 and its external dimensions were 45m by 24m. The Drill Hall was built to serve as headquarters of the Transvaal Volunteer Corps. During the closing months of the Anglo-Boer War a committee was formed on which influential residents of the Witwatersrand served. Their objective was to establish a volunteer corps in the Transvaal. When peace had been concluded, Kitchener also advocated that volunteers form the nucleus of a volunteer corps in the Transvaal. He recommended that the Imperial Light Horse, Johannesburg Mounted Riflemen, South African Light Horse, Kitchener's Fighting Scouts and the Scottish Horse each keep approximately five hundred men to be maintained by the government. Other units incorporated into the Transvaal Volunteer Corps were the Central South African Railway Volunteers, the Transvaal Scottish Volunteers and the Transvaal Light Infantry. The first commander of the Volunteer Corps was Col A.H.M. Edwards CB, MVO.

A start was made to provide headquarters and training centres, since, within a year, ten percent of the capable male population on the Rand belonged to the Volunteer Corps. At that stage, however, it was financially impossible to erect new buildings for that purpose. Nevertheless, an attempt was made to build up the various units to their authorized strengths. The old non-white prison in Johannesburg was fitted out for this purpose and the cells were converted into offices for the various units. The accommodation was, however, highly unsatisfactory and plans were soon drawn up for the construction of a new headquarters for the Volunteer Corps known today as the Drill Hall.

Construction was completed in October 1904 and all the Johannesburg Units moved their headquearters and Quartermasters stores to the building. While the Drill Hall was under construction, the units temporarily moved their headquarters to Bree’s Hotel. At the laying of the corner-stone, Lieutenant-General Sir H.J.T Hildyard pointed out in his speech that the opening of the building inaugurated a new era in training and in the facilities available for training. 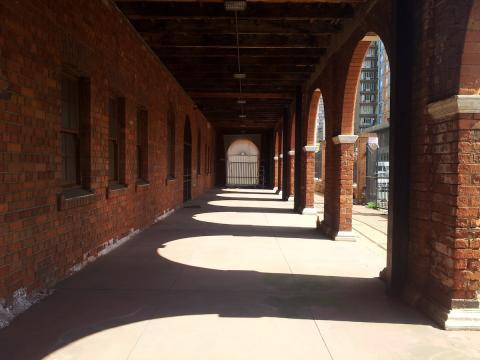 In the ensuing years, the Drill Hall underwent a number of modifications and new uses were found for it. At the end of World War I some of the rooms were converted into detention rooms for the custody of military prisoners. In 1922 the buildings, which had been administered by the English, were handed over to the South African Government as part of the Imperial Gift. Almost immediately, the Union Defence Force began to make alterations and improvements to the building. The Drill Hall also included a miniature shooting range which often caused great problems. Overcrowding arose due to lack of adequate shooting ranges elsewhere in the Johannebsurg area and all units were forced to use the Drill Hall range for training purposes. The work programme of the Department of Defence for the year 1939-40 held out the prospect of reconstructing the Drill Hall in two phases. According to plan, the total cost would amount to approximately R108 000.

Until 1955 approximately 22 regimental shields were displayed in the Drill Hall. After this they were handed over to the South African National War Museum for restoration and exhibition in the museum. This ageless building which has been the heart of many renowned regiments since 1904, today still proudly forms the headquarters of Witwatersrand Command despite the effect of the elements over the years. Col H.L.L Howes whose present office forms part of the room where the billiard table used at that time by the Rand Light Infantry stood, recalls that in 1968 a fire almost caused serious damage to the Drill Hall. A gas meter in the old billiard room exploded. Thanks to the prompt action of the Johannesburg Fire Brigade, only a ceiling was damaged. 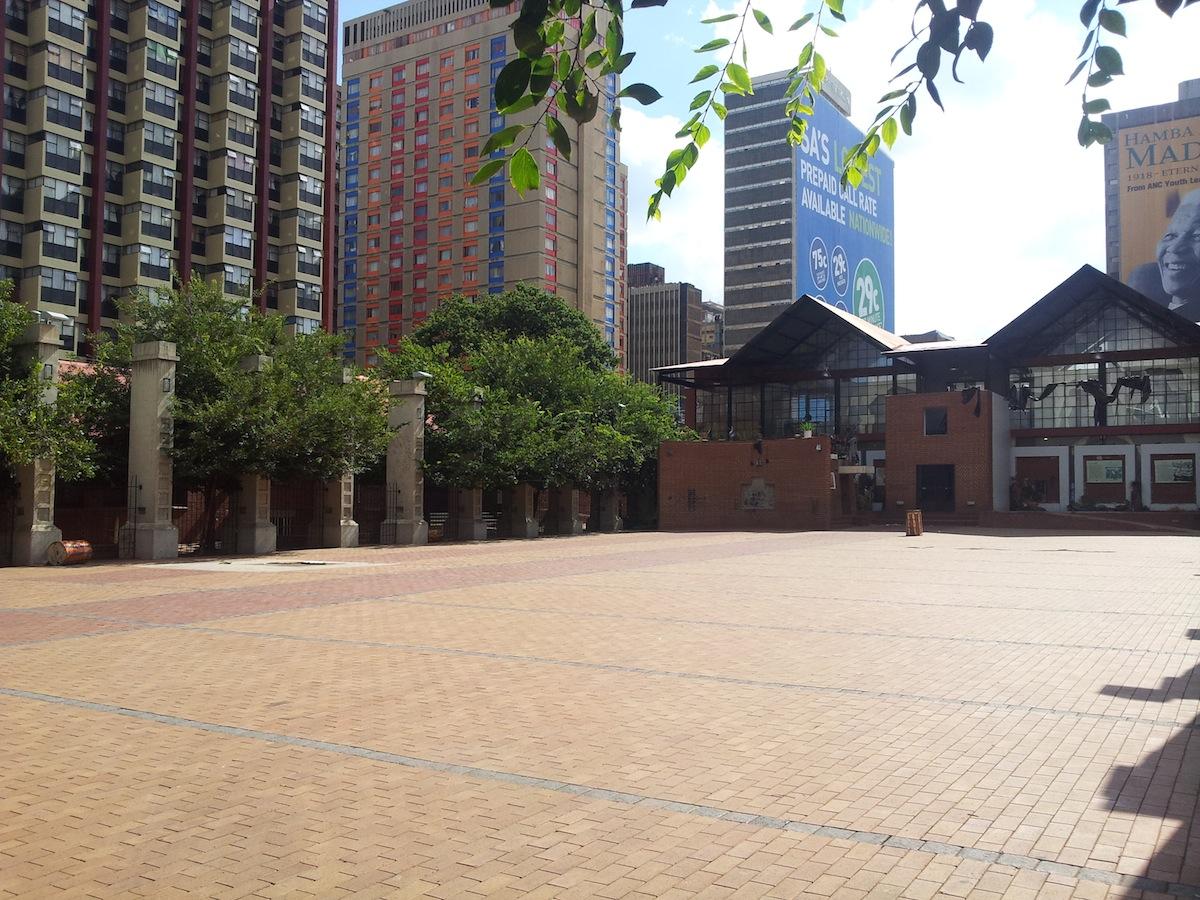 Inside the Drill Hall (The Heritage Portal)

During the same year the occupants were shocked by the collapse, in a cloud of dust, of the balcony overlooking Quartz Street. However, all the damage over the years has been lovingly repaired and today the Drill Hall nestling between Quartz, Plein, De Villiers and Twist Streets, is a unique building. On the one hand it is an efficient military headquarters. On the other hand it is a museum filled with military memories, for in its passages and spacious rooms one is carried back into the past...

The date of construction 1904, is immortalized in concrete high on a gable on the western side of the building. In the office of Captain P.J.S. Zinn, two round marks can still be clearly seen on the floor. They mark the place where the billiard table stood before the Second World War when that part of the building formed part of the officers’ mess. Where offices are today, the men of the Rand Light Infantry relaxed two decades ago. The office at present occupied by Cmdt J.B. Prinsloo was previously the corporals mess and Colonel H.L.L. Howes now occupies the former Sergeants mess.

Cmdt B.G. Simpkins, who at that time was officer commanding, Rand Light Infantry, recalls the Drill Hall served as the unit’s headquarters since its inception on 1 October 1905. Until the unit was mobilised for the Second World War in 1940, its various campaigns were planned in the Drill Hall. As early as 1906, troops from what became the Rand Light Infantry were sent to surpress the Zululand Rebellion. The regiment was mobilised during the strikes of 1914 in Johannesburg and in the same year troops were also sent to South West Africa. Cmdt Simpkins recalls that at that time one entire wing of the Drill Hall formed a factory for artificial limbs. He also says that he can not understand why the rebellious strikers of 1922 did not try to occupy the Drill Hall, which was very poorly guarded, for, if they could have laid their hands on the variety of machine guns, as well as store-rooms filled with guns and ammunitions they could have prolonged the revolt.

Col D.R. Smitherman, OBE ED, writes as follows about the tension filled moments in 1939 just before it was decided that South Africa would enter the Second World War:

I and many others congregated at the Drill Hall to await the result. The anteroom of the Officers’ Mess was packed, and thick with tobacco-smoke, but for once nobody seemed to be enjoying his drink. There were chaps in the various offices in the building hanging on to telephones. Charlie Ross, OC Witwatersrand Command, was one of them, twirling his enormous moustache. I sat clean shaven and thin lipped in the anteroom moistening my lips occasionally with Scotch and water from the dull-looking glass in front of me. Suddenly the swing doors at the entrance burst open and nearly jumped off their hinges. A wild-eyed fellow rushed in, his unruly, straight black hair well down over his forehead. It was Major Jack Macmenamin, the Adjutant of the 2nd Transvaal Scottish, the medical guy who insisted on being a combatant officer. ‘General Smuts won the day by thirteen votes’ he shouted. All present jumped to their feet, chairs skidded in all directions and pandemonium broke out. The Mess Steward and his assistants went haywire under the sudden rush to order drinks. It was a memorable scene.