Sandton has a new tallest building!

The last week of April 2018 will be remembered by Sandton enthusiasts for many years to come. It was the week that the Leonardo surpassed the Michelangelo Towers (140m) and then the Sandton City spire (141m) to become the tallest building in Sandton. 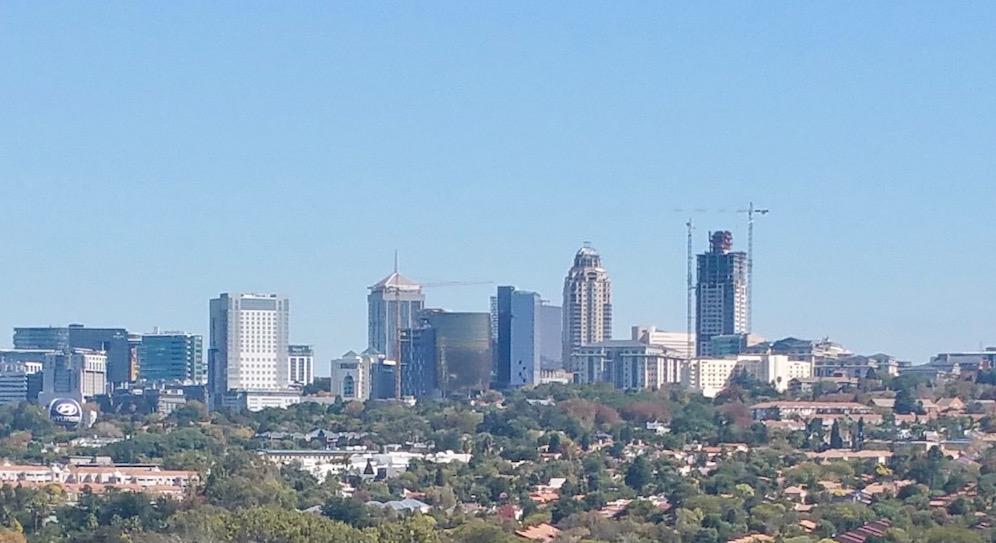 The Leonardo is a multi-billion rand development by the Legacy Group. It is located on Maude Street a short stroll from the JSE in one direction and Sandton Square and the Gautrain in the other. Once finished, the Leonardo will consist of apartments, prestigious office space and what is being billed as the most exclusive and expensive suite in the country. Those lucky enough to call the building home will enjoy their own concierge service, gym, spa, rooftop restaurant, garden, coffee shop and business centre. They will also be at the centre of a brand new precinct which will include a buzzing new square. The project is a massive boost to what is already South Africa's premier business node.

Artists Impression of the Leonardo - posted on skyscraper city.png 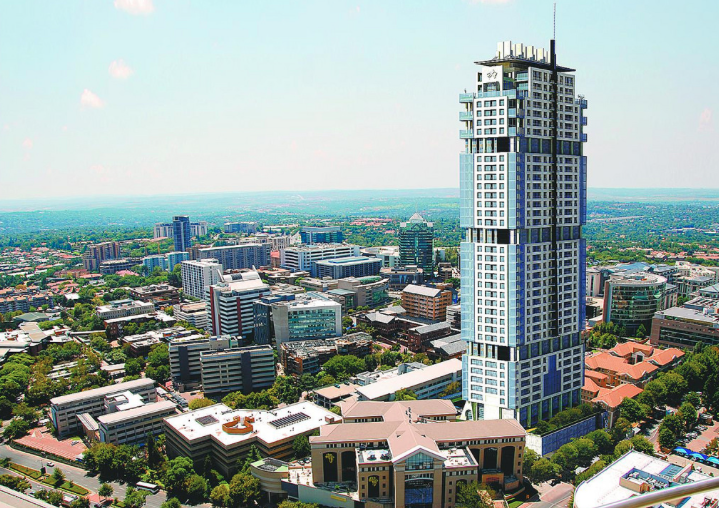 Artist's impression of the latest design (via Skyscraper City)

Now the question on everyone's lips is how high will it go. Conservative estimates suggest around 180m while every built environment fundi is hoping the developers have something up their sleeves to take it above 200m and perhaps even past the Carlton Centre's 223m (click here to follow all the updates and speculation). If the dream scenario unfolds and the Leonardo does break a 44 year old record to become Africa's tallest building it won't hold the record for long with the Pinnacle in Kenya looking to set a new marker in excess of 300m in the next couple of years. South Africa will then have to take up the challenge and bring the record home once again! 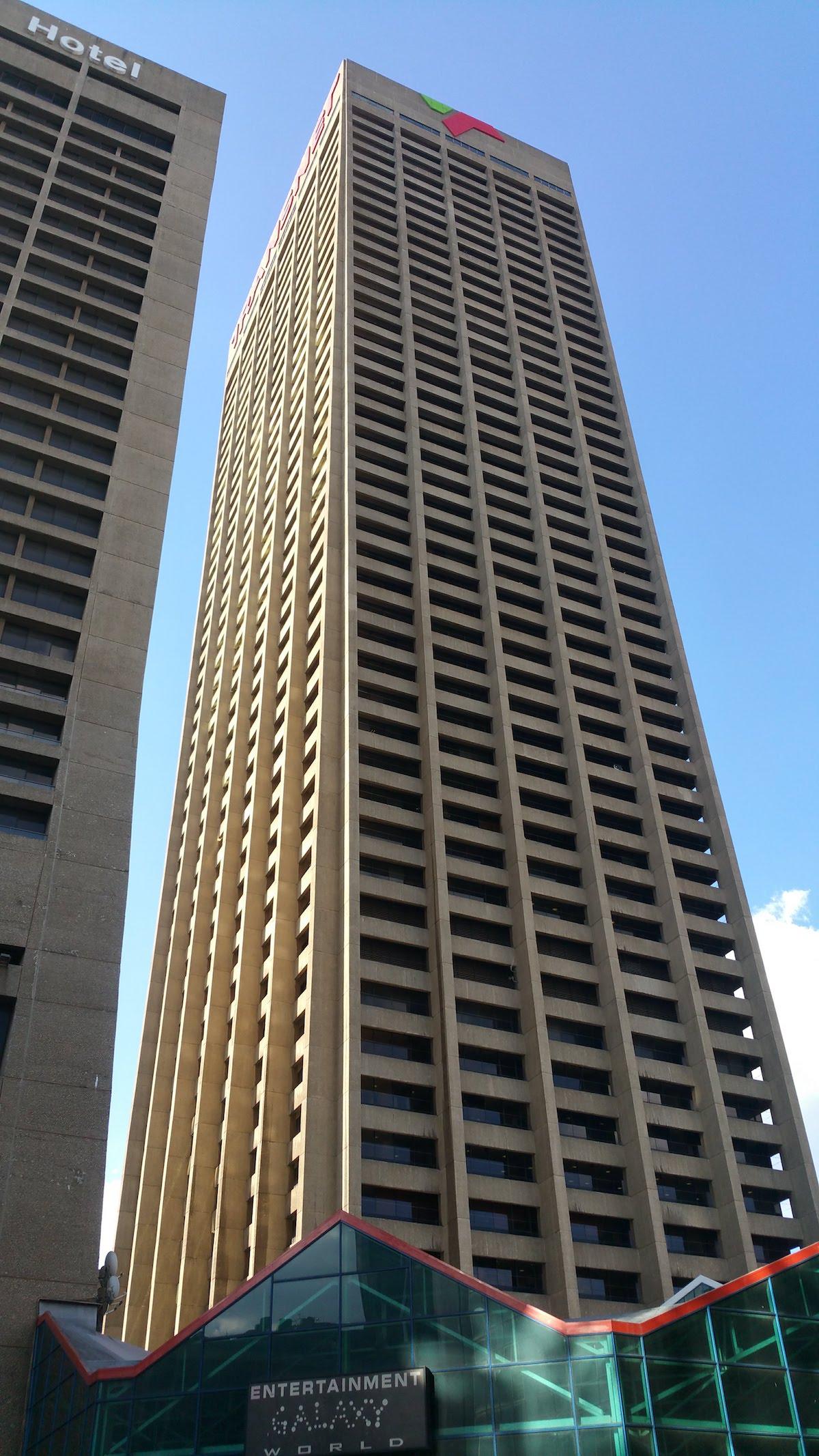 The Carlton Centre (The Heritage Portal)

Over the last two years I have been tracking every piece of news about the Leonardo and watching the excitement on Internet forums as the building reaches higher and higher into the sky. I've also been heading to the site as often as I can to take photos. Below are a few pics showing the progress of this record breaker (click here for all the latest pics). 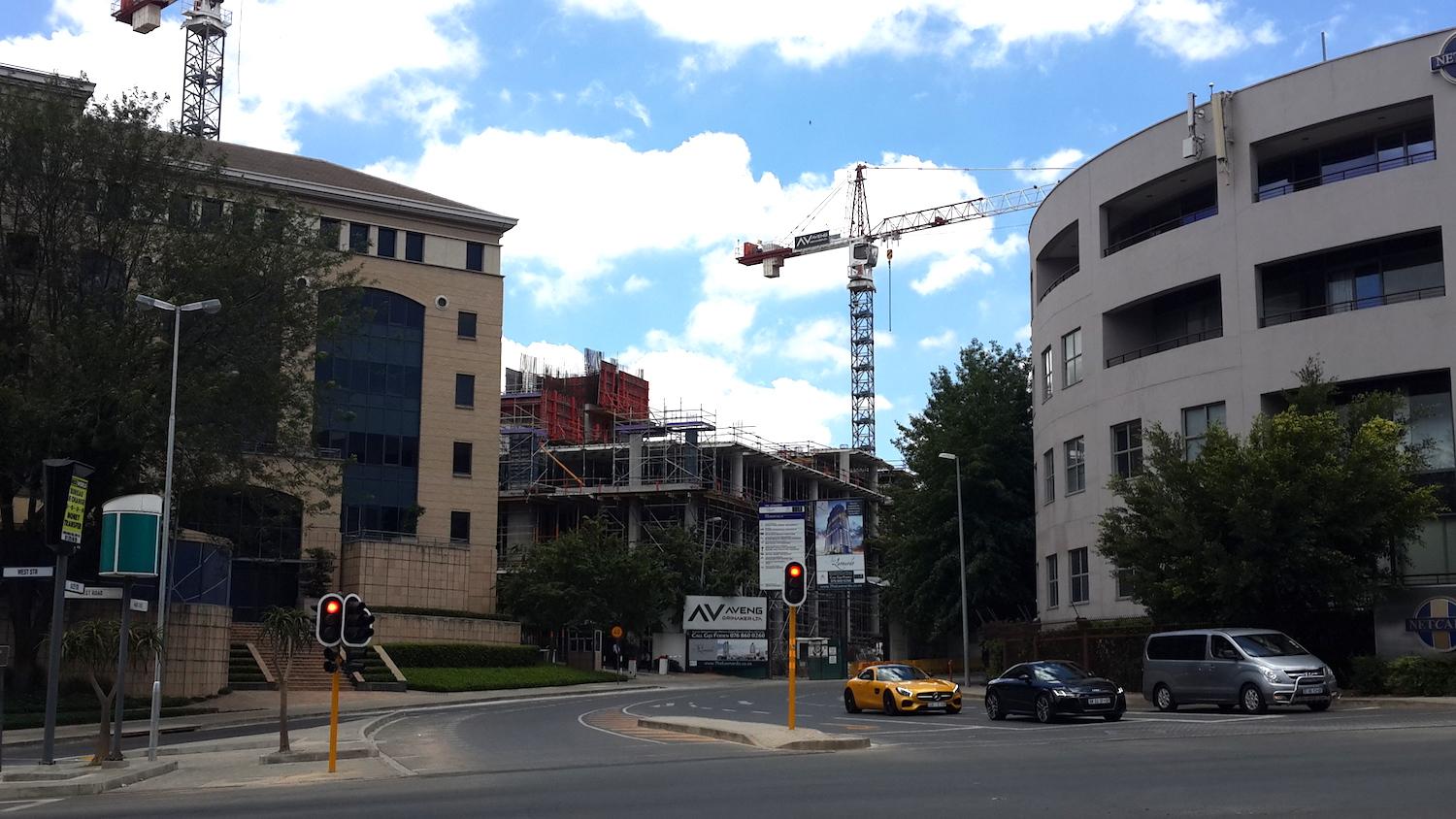 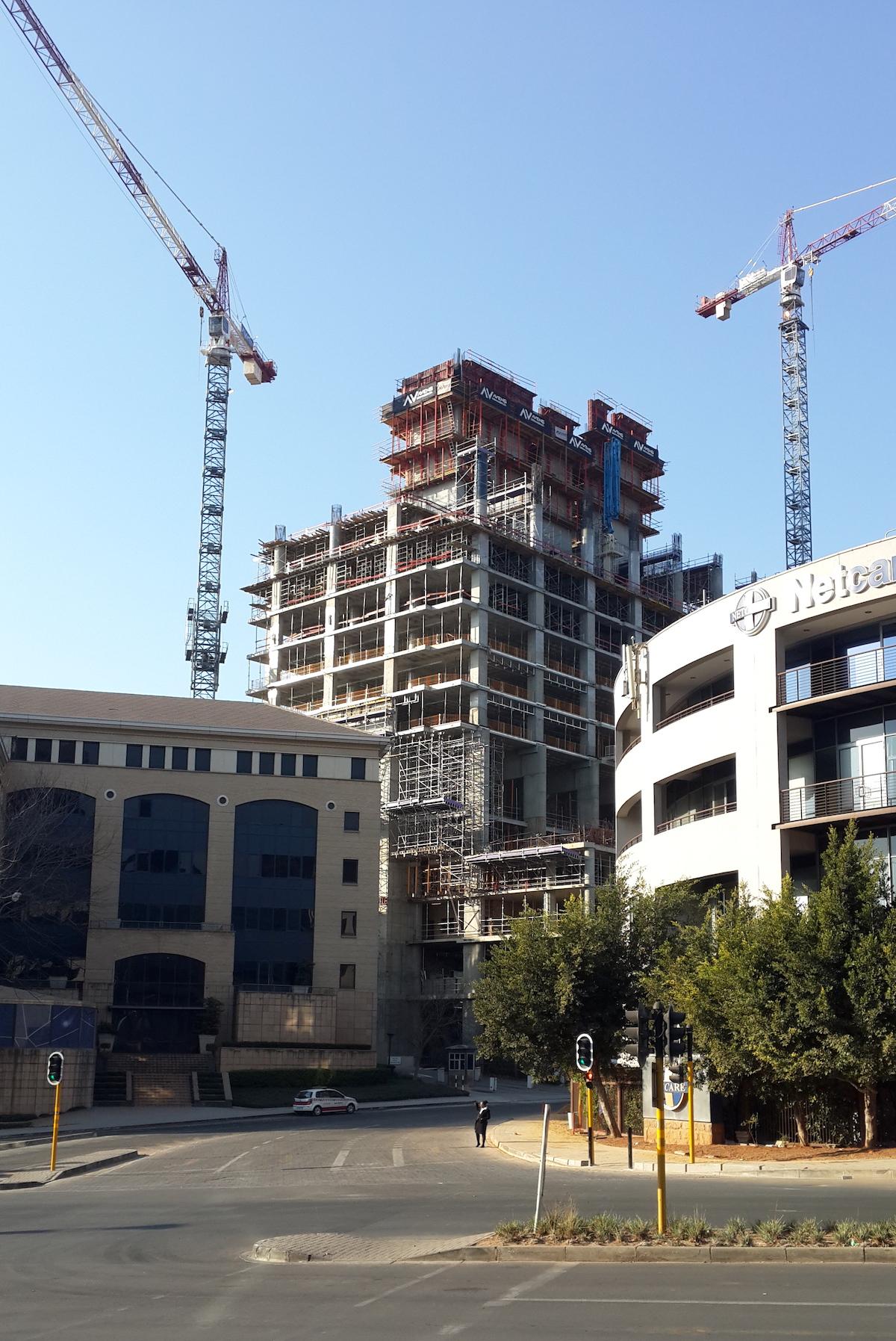 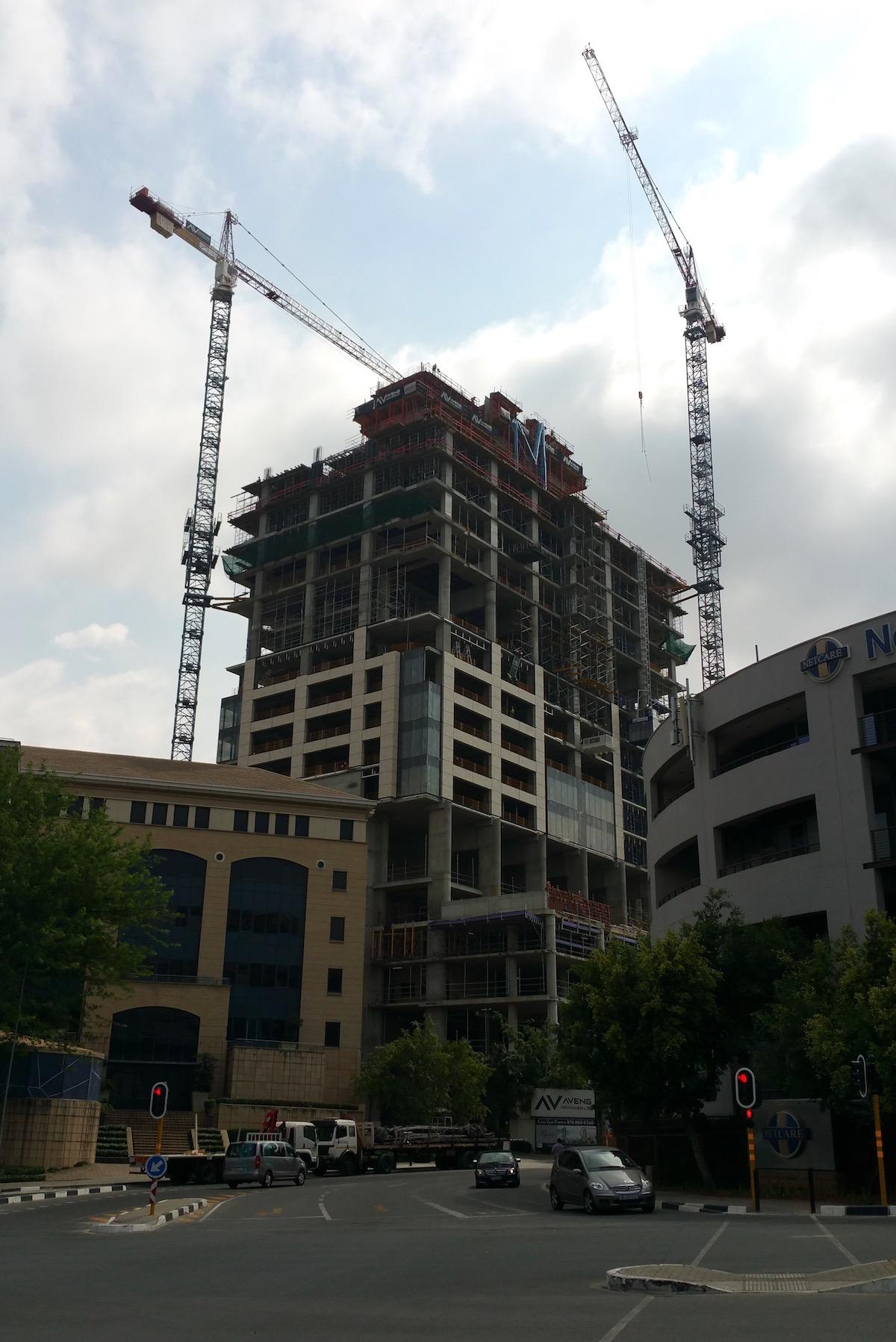 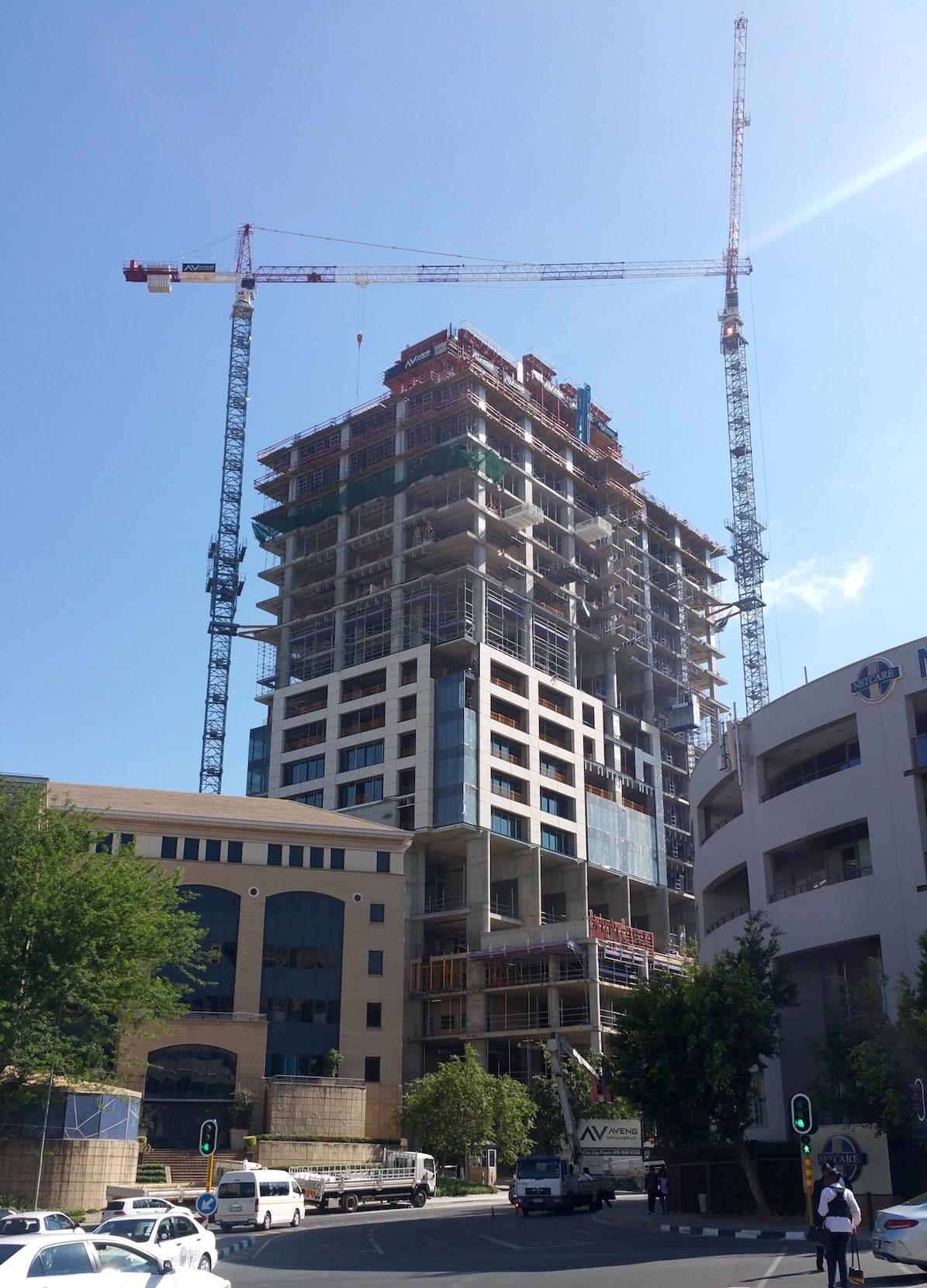 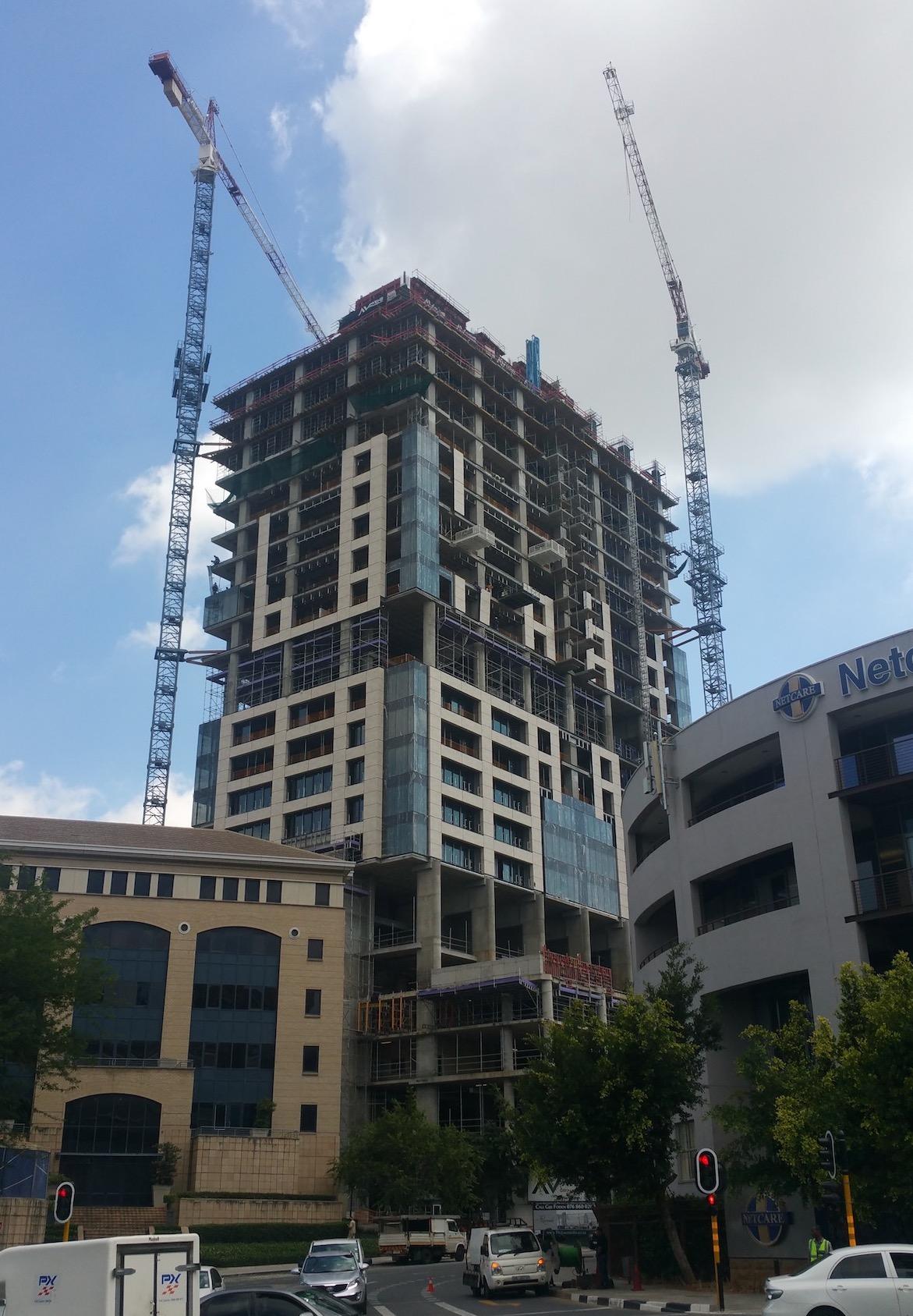 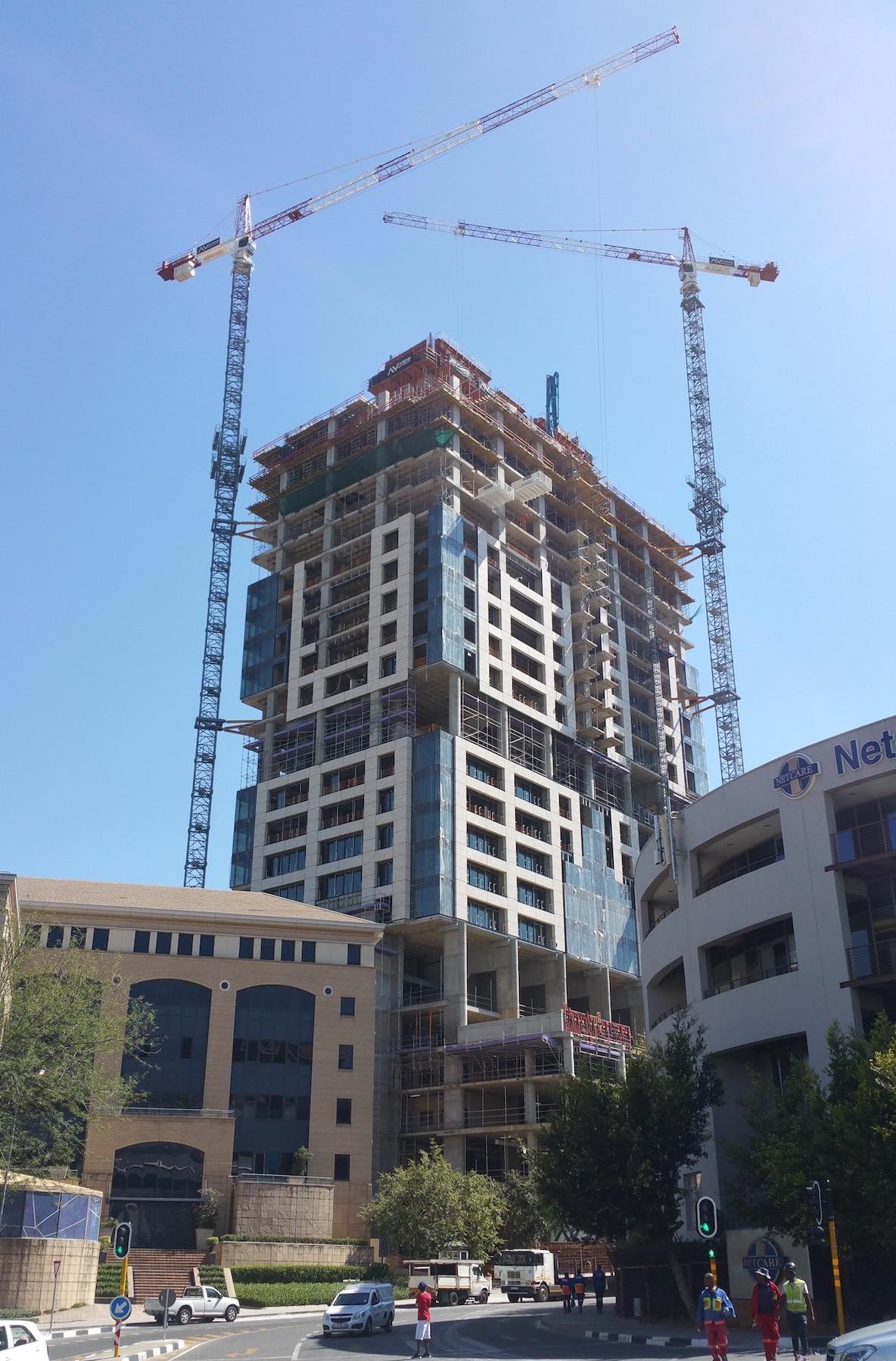 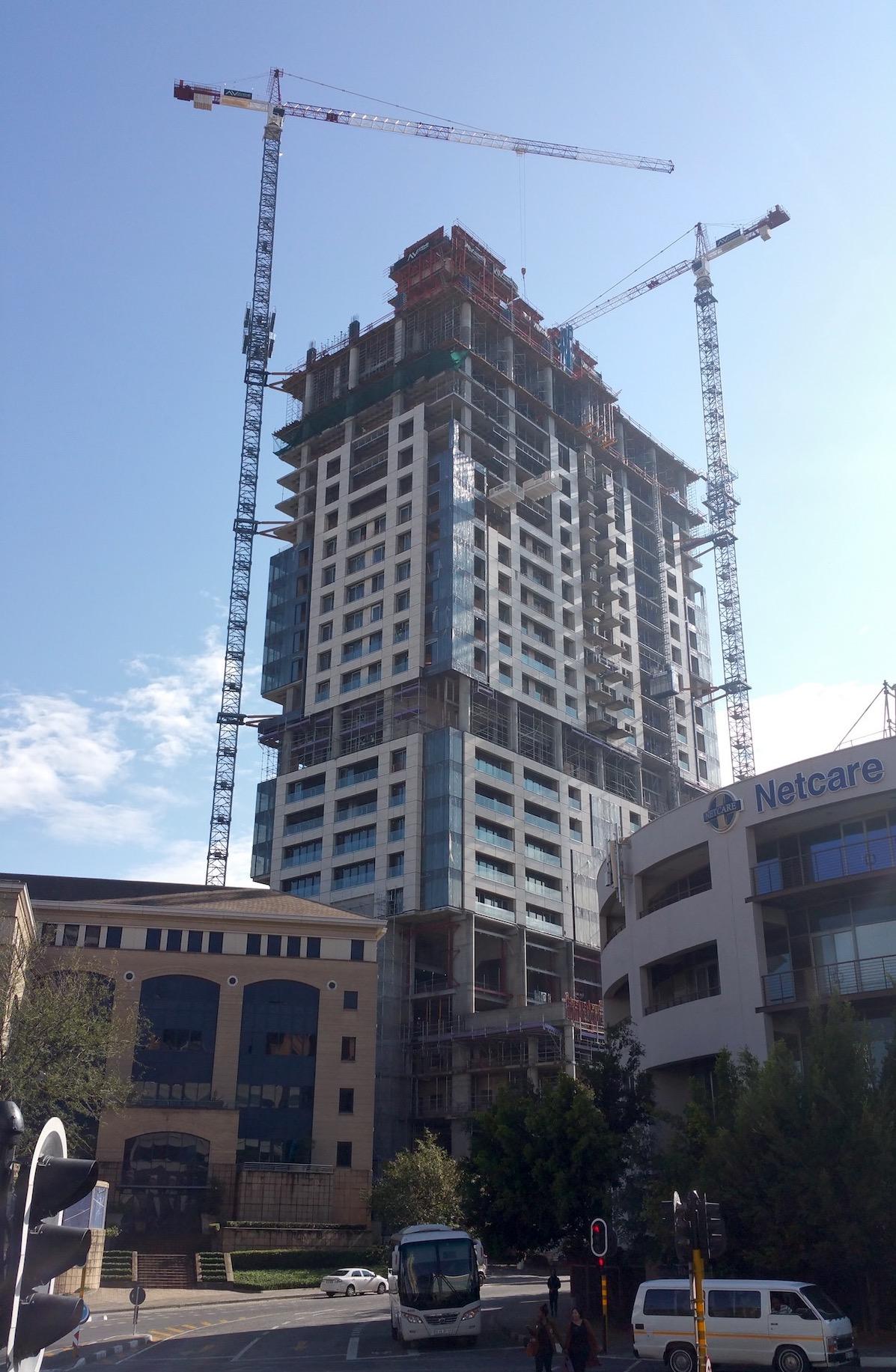 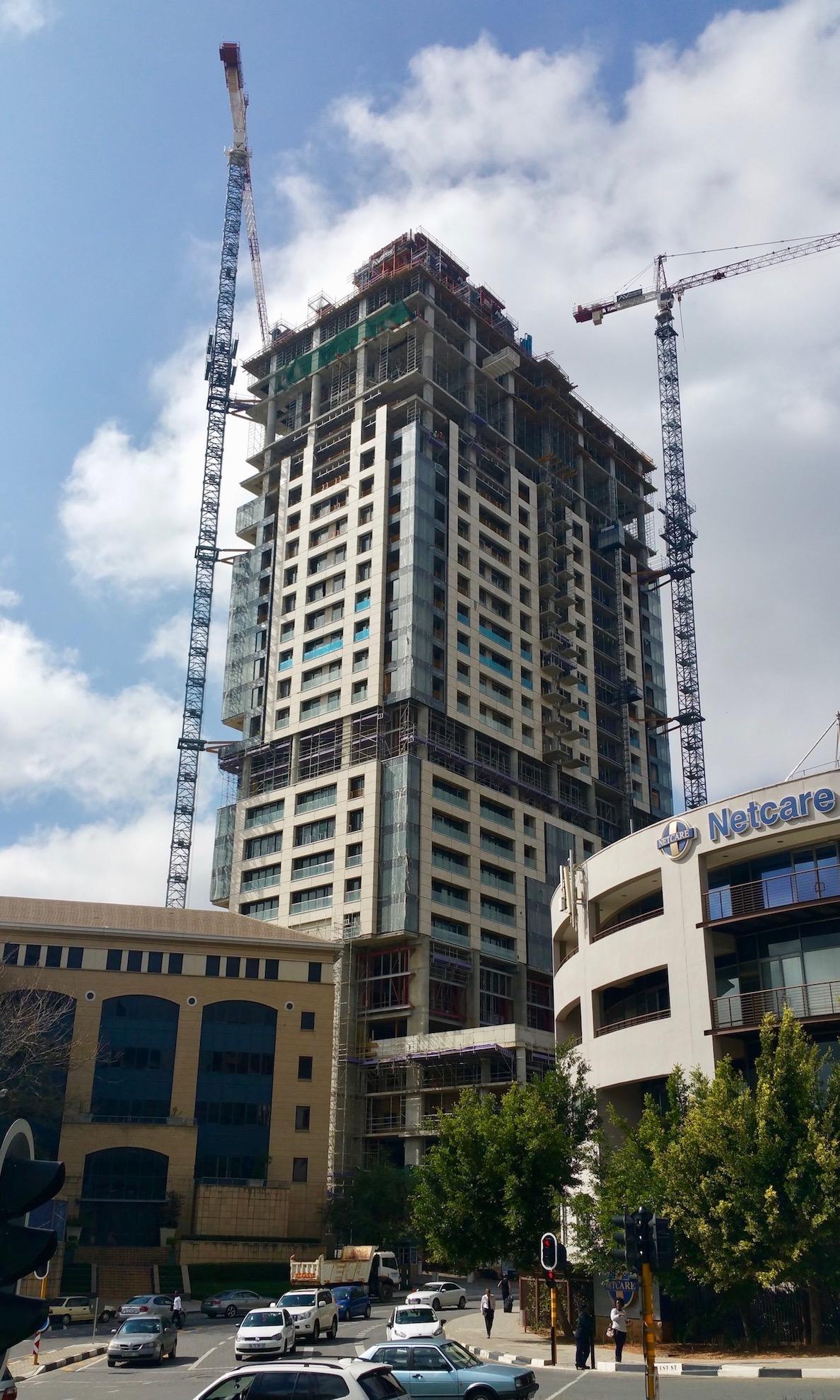 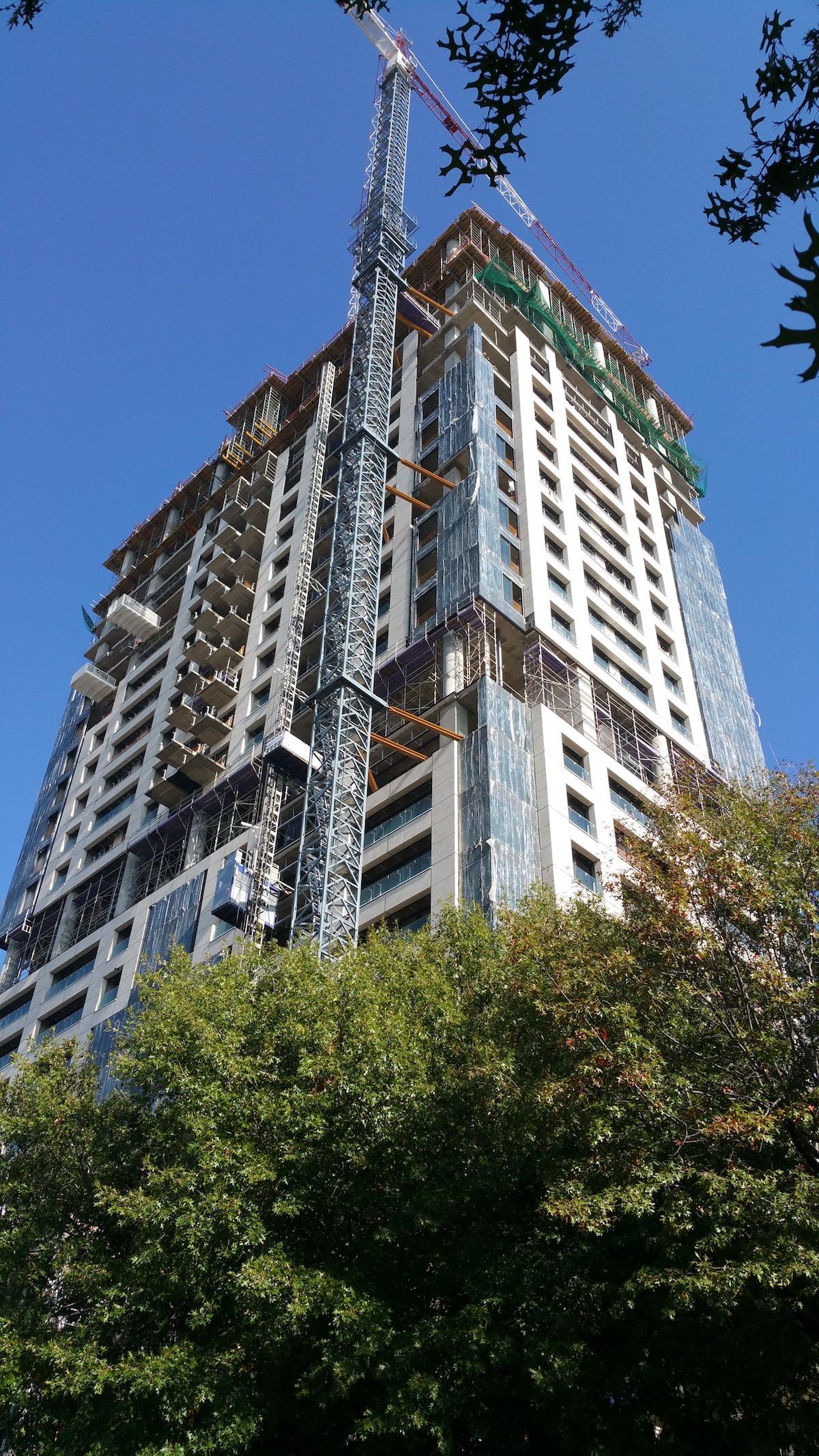 A different angle in March 2018 (The Heritage Portal) 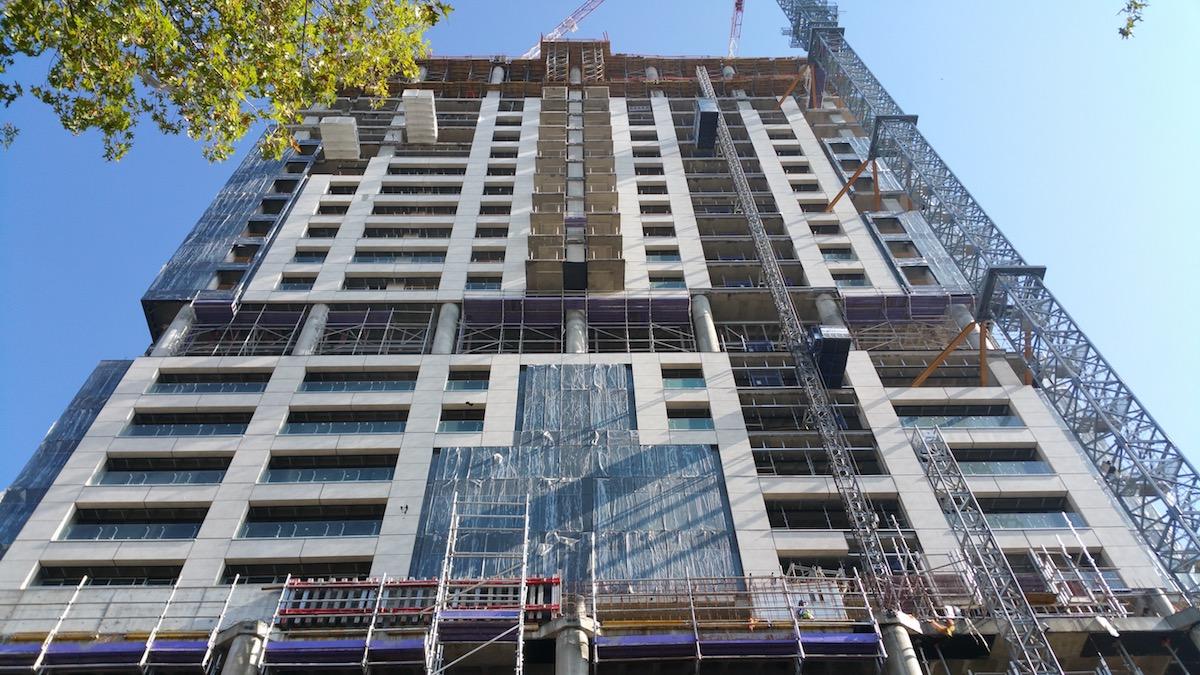 From directly below in March 2018 (The Heritage Portal) 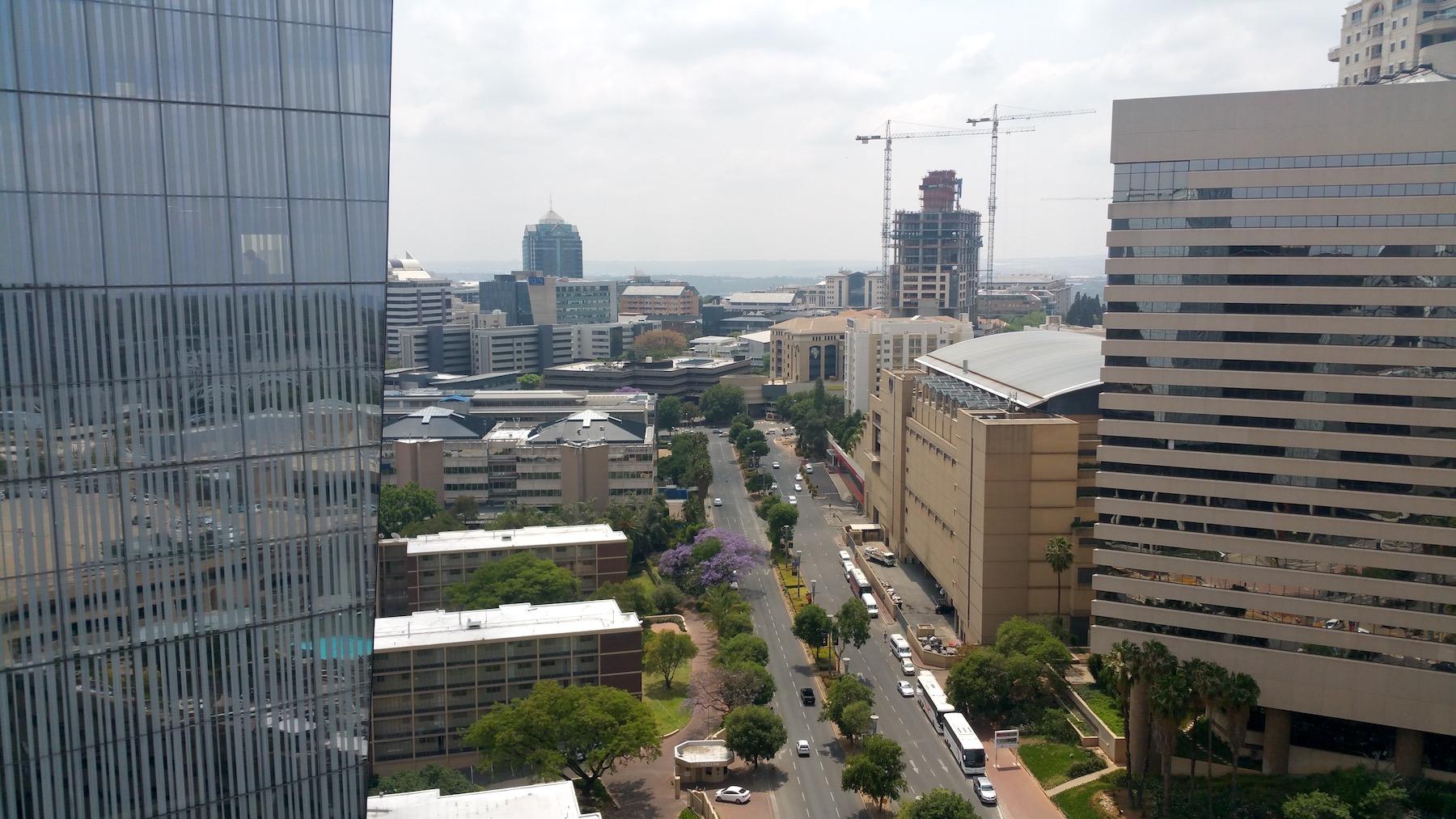 Progress from the Bowman Building in October 2017 (The Heritage Portal) 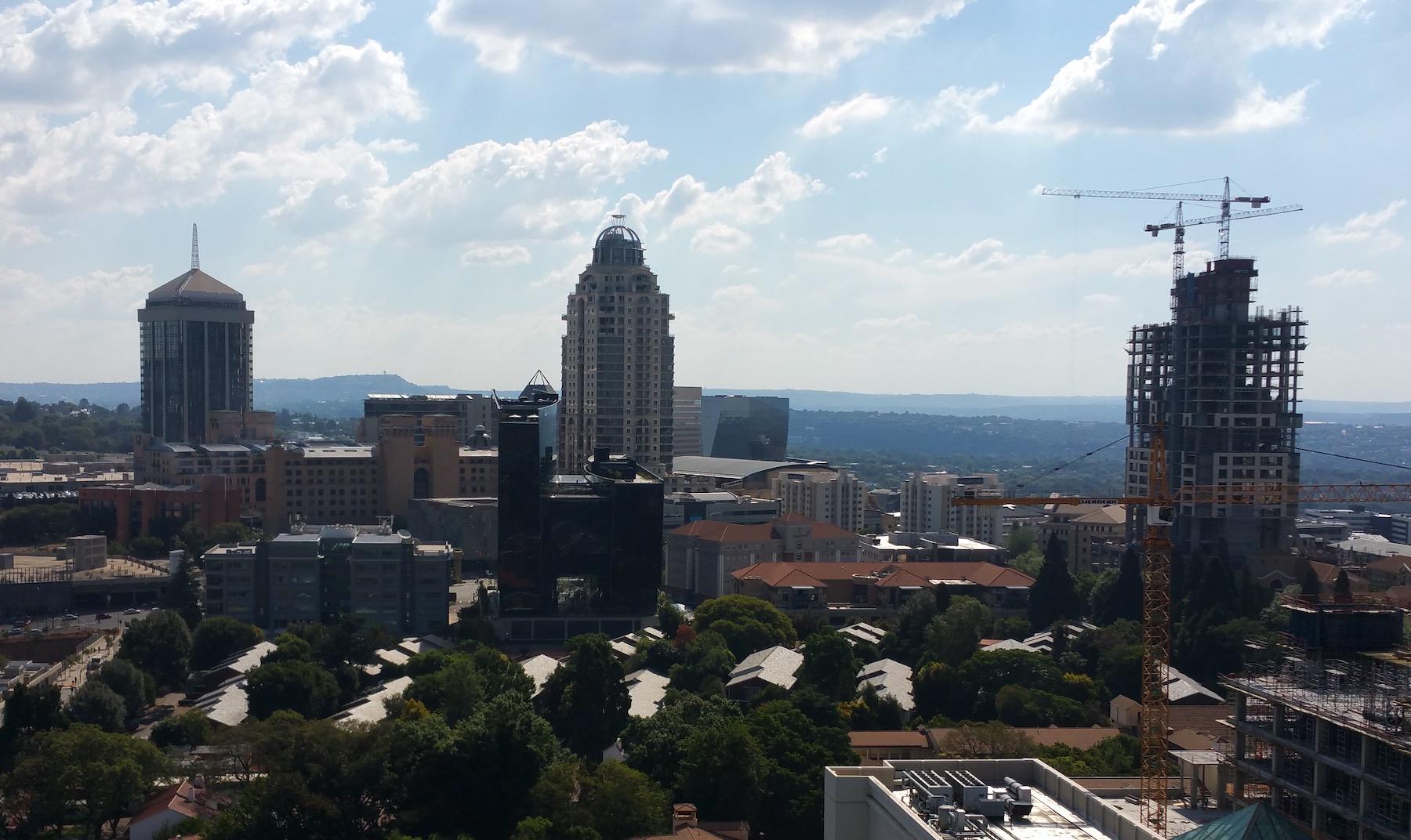 Progress from the Radisson in November 2017 (The Heritage Portal) 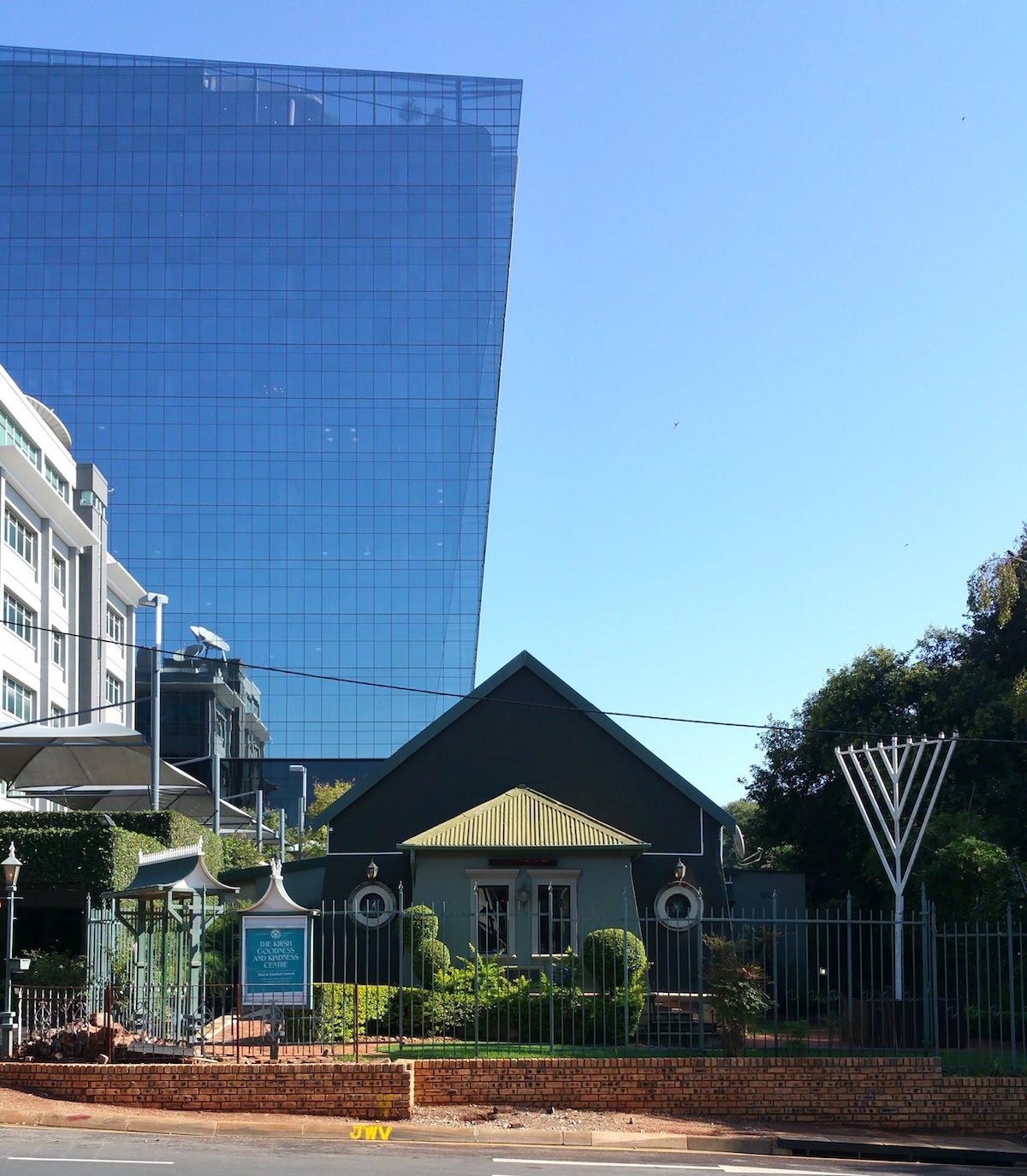