The Story Behind the Oudstryders Monument 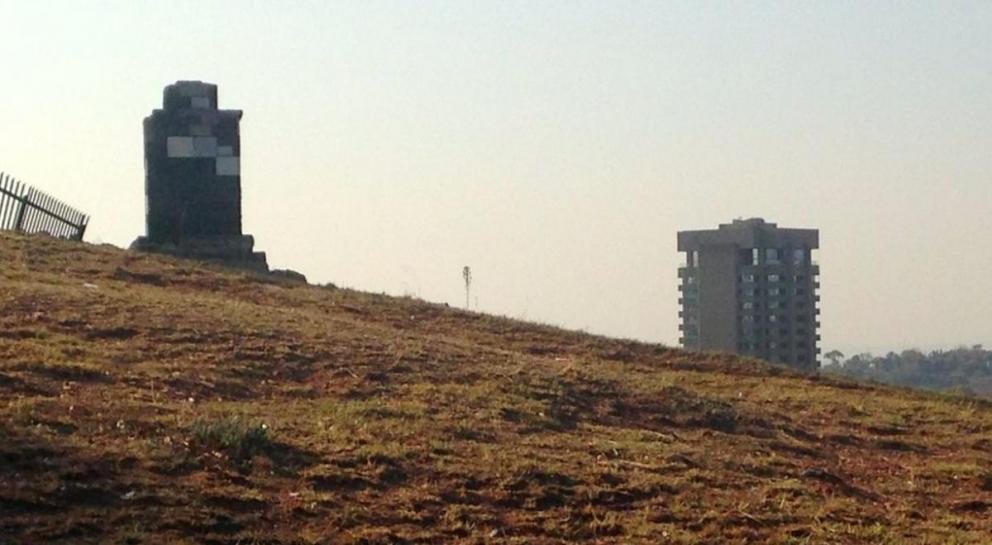 The monument honours Boer veterans of the Anglo-Boer / South African War, 1899-1902. Small plaques cover all four sides of the monument, a two metre-tall rectangular structure, spilling over onto the base. The memorial is crowded with inscriptions, set on a patchwork of small plates of different sizes and of various materials: sandstone, granite, slate, soapstone, etc. There are 41 small plaques to men who fought in the war. It stands on the crest of the ridge, on the south-eastern corner of the New Nation School, overlooking the old Gas Works. 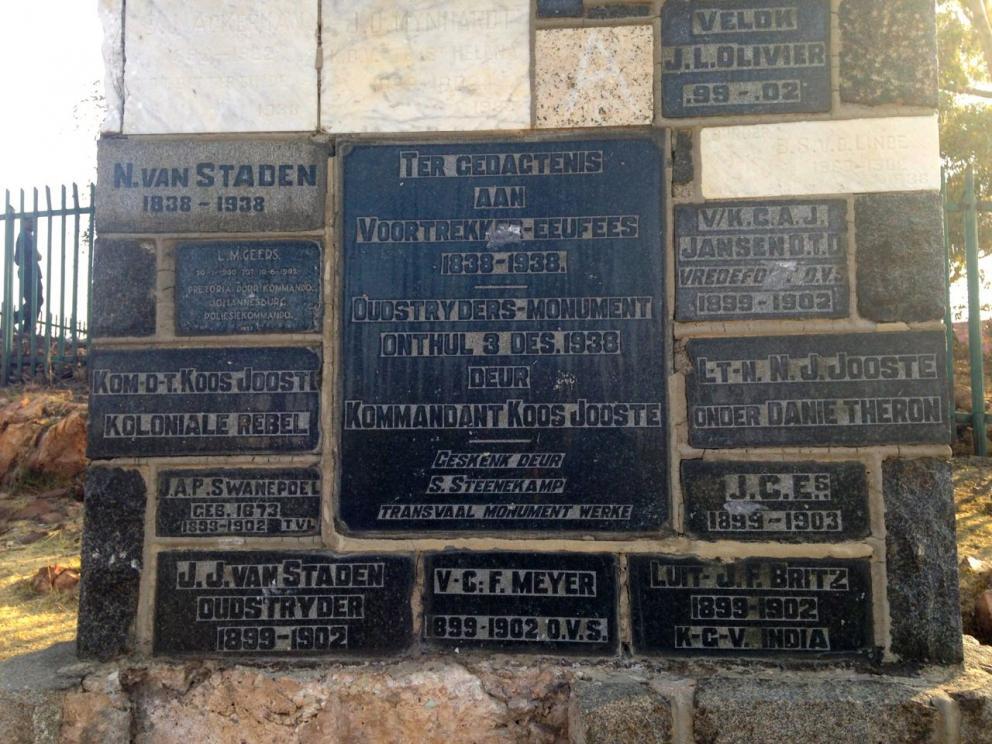 Crowded with inscriptions, set on a patchwork of small plates (The Heritage Portal) 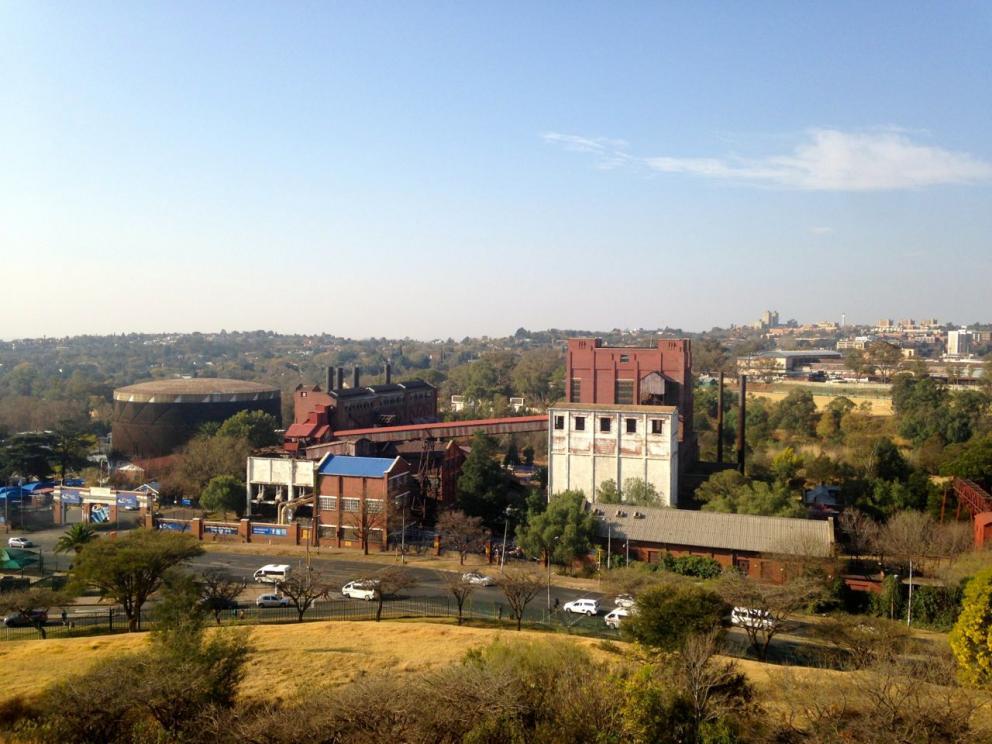 View over the Gas Works (The Heritage Portal)

The monument was unveiled on the grounds of the Cottesloe Primary School as part of the Voortrekker Centenary celebrations in Johannesburg on 3 December 1938:

“In early December 1938 a group of elderly men moved slowly up the Brixton Ridge overlooking the Gas Works, each weighed down by a slab of sandstone, slate or granite. Nearly every plaque was awarded a place on a crude, two and a half metre stone construction on a rocky outcrop, though some were relegated to its base”. (Sue Krige)

The memorial was initiated by the chairman of the Monument Committee of veteran combatants, Mr Gert Jooste, and unveiled by the City’s former Mayor, Maldwyn Edmund.  It was preceded by a rock piling ceremony by veteran combatants and ex-prisoners of war on 19 November 1938.  Commandant Koos Jooste unveiled the corner stone of the monument at 08:00 on 3 December during a visit by the ox wagons on their way to Crosby. 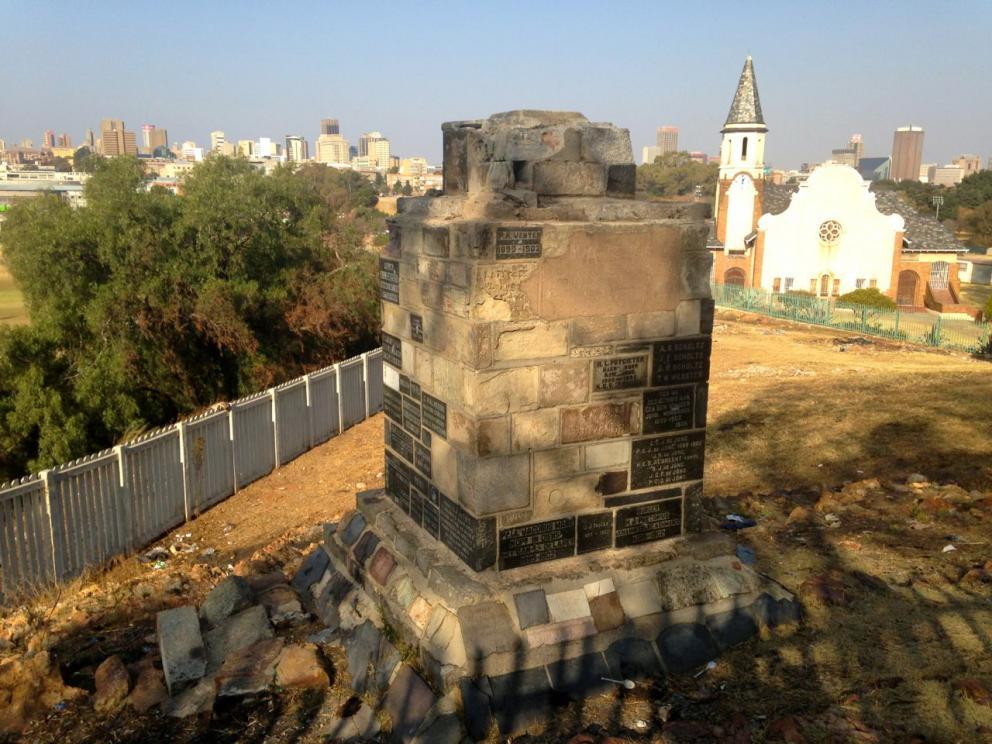 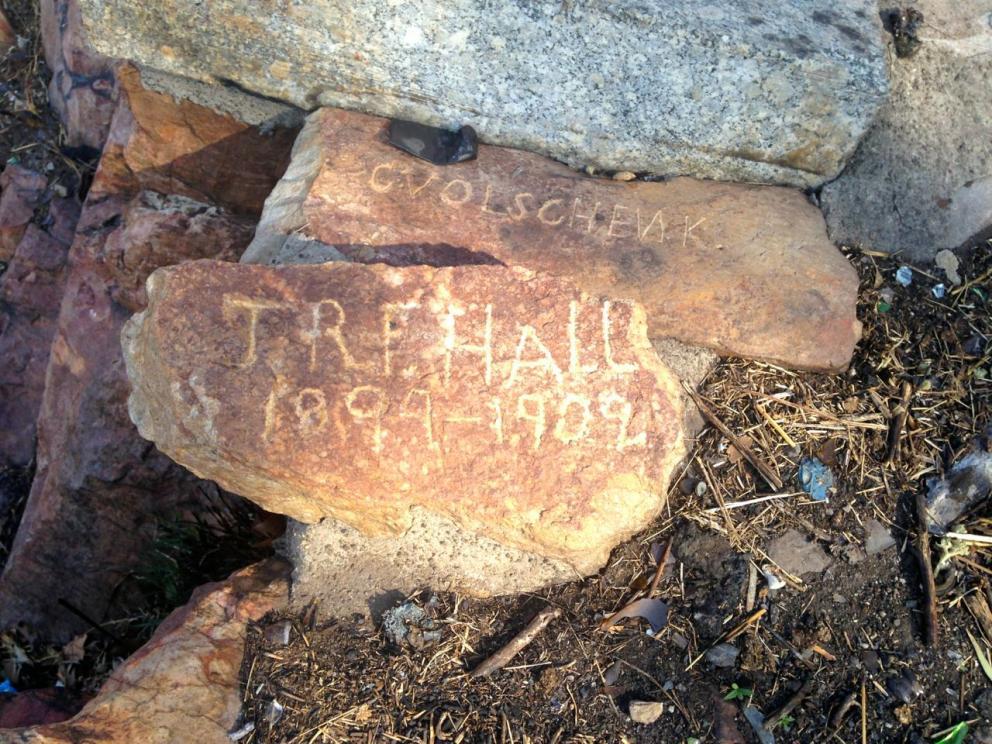 Inscribed stones below the Monument

"At first glance, this monument appears to be an embarrassing relic of the past. Stand there long enough and you are drawn into the stories embedded in it. There is the extraordinary fate of the Pienaar family, a father and four brothers, prisoners of war in Bermuda, St. Helena, Portugal, and closer to home, Newcastle.  And ‘Korporal D J. Du Toit’, a Boer spy sentenced to death, but later exiled to ‘Bellary,’ India for the duration of the war.  The plaque materials tell their own stories.  Wealthy oudstryders, like Du Toit, bought granite, and engraved lengthy epitaphs. Others were more economical.  Those stories dominate. Poorer veterans merely etched a few words in fragile slate or sandstone.

What I find most significant is the nature of the monument.  No famous artist designed it. It is the simple physical sum of the gifts and memories [of] a group of individuals who fought and suffered together. It stands unsignposted on a hill, in plain sight, yet unnoticed by motorists on the M7. nevertheless, even in its obscurity, it contains both the stories of the past and the possibilities for future forms of commemoration”.  (Sue Krige) 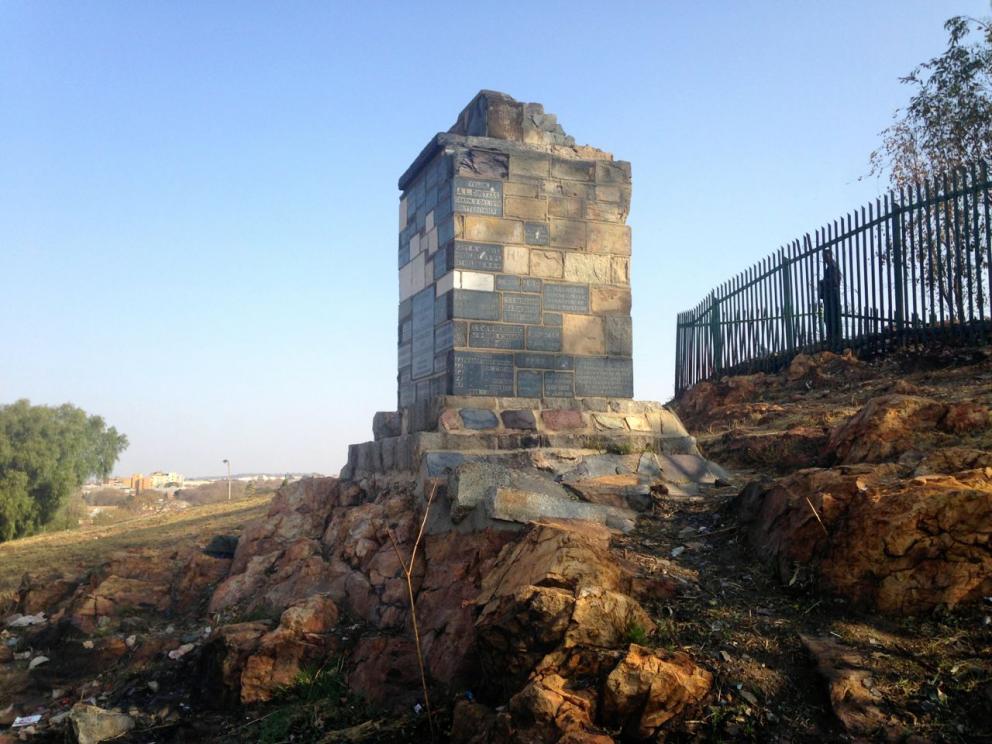 The Monument from another angle

[The excerpts above were taken from the Inventory Form compiled by Eric Itzkin from the City of Johannesburg quoting Sue Krige. The Monument was restored by the City in 2006. This involved 'cleaning the cracks and making them waterproof' as well as treating the marble plaques to slow the weathering process. It appears as though the main visitors to the Monument in 2015 are vagrants and revellers as the site is full of litter, broken glass, human faeces and old clothing.]