A Lengthy Railway Journey in 1889 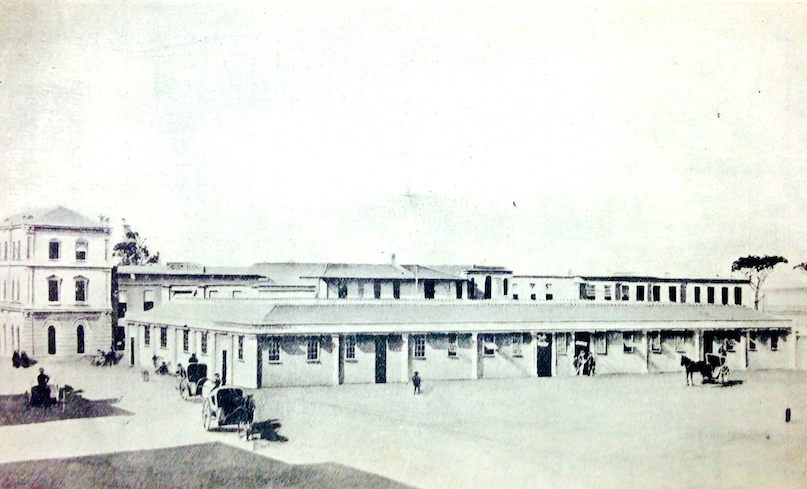 Take a journey back in time before the car, the plane and luxurious train and you will find some epic railway journey stories. The article below tells the tale of a trip from Cape Town to Bloemfontein in 1889. It reveals the adventure, risks and tragedy of the ten day journey. The piece appeared in a 1907 edition the South African Railway Magazine. Thank you to the Heritage Office at Transnet for giving us access to their archives.

The cynic will no doubt smile at the title, and maintain that all railway journeys out here are lengthy. At the same time, with lofty superiority, performance of the Great Western Railway's latest - "The Riviera Limited" - will be quoted; the same company's champion slow trains, in other parts of Devonshire, being judiciously ignored.

The journey I write of was one from Cape Town to Bloemfontein, which occupied ten days, as against 36 hours at the present day.

On the 6th December 1889, a party of railway men left Cape Town, to work the railway extension from Colesberg to Bloemfontein, opened for traffic on the 17th of the same month.

Railway travelling in those days was not so luxurious as today. Instead of saloons with bedding, dining cars, and attentive conductors and stewards, so prominent a feature of South African travelling today, the coaches were of the 'compartment' type, with let-down berths. Passengers had to provide their own bedding; there were no foot warmers, and the oil lamps were - as Max O'Rell described Mr Rhodes's hat - "impossible."

The scramble for meals at refreshment stations, and lack of physical exercise, usually brought on an attack of indigestion.

For lavatory purposes travellers had to depend on the water supply and accommodation at depot stations. As can be imagined, water was scarce at many Karroo stations, and I well remember the horror with which a Station-master discovered our use of his prized tank of rain water in removing traces of a particularly atrocious dust storm.

Norval's Pont was reached in due course; but our further progress was barred, owing to heavy rains having washed away the temporary bridge, erected as a makeshift pending the completion of the present permanent structure. The temporary bridge had been erected a few yards east of the present one, and consisted of a crude road-bed of concrete blocks and stone, which formed a sieve-like bank, at a shallow part of the river.

On this were placed the rails and sleepers, which allowed the passage of "construction" trains, when the Orange River had - as is usual with South African rivers - little water.

Unfortunately, at that time, continuous heavy rains were reported from Basutoland, and prospects of the flood abating, to enable necessary repairs to be done, were indeed small.

The only methods left of crossing the river, were thus reduced to two - by surf boats which had been obtained from Port Elizabeth, or by the pontoon owned by Mr. Norval.

Once across the river there would be no difficulty in getting to Bloemfontein, as a number of engines and carriages had been kept on the Free State side. For the benefit of the uninitiated, it may be explained that the pontoon at Norval's Pont was a huge  wooden raft, sufficiently large to transport a buck wagon with its attendant team of mules or oxen. At each side was a sturdy chain, connected with pillars, which were cemented into rocks on either bank. Wind lasses were used for hauling the pontoon from one side of the river to the other. For a day or two the pont could not be worked, owing to the strong currents, and the officials passed the time in many ways - cricket and rambles round the country. 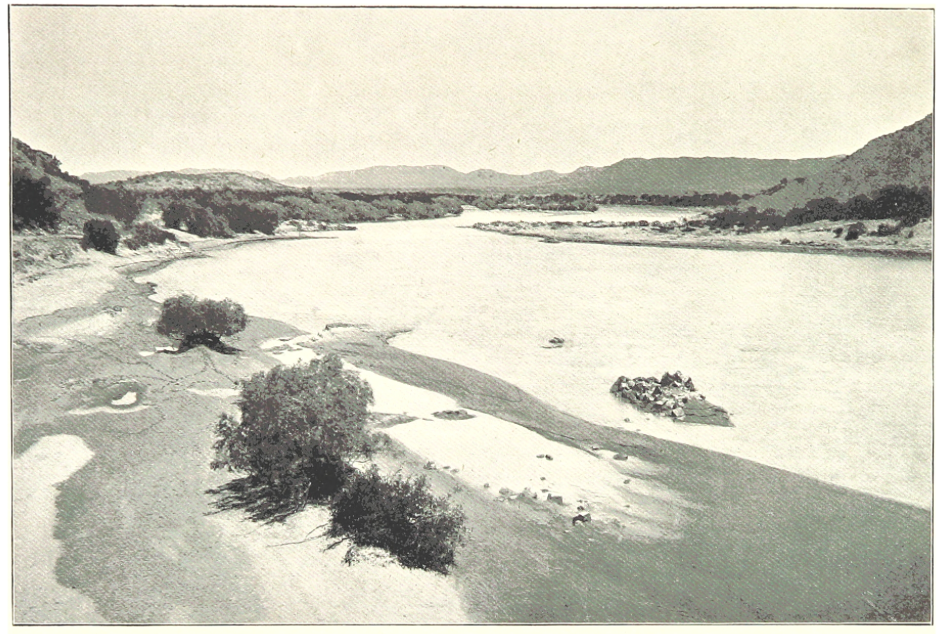 We slept in the carriages and existed on sardines and rice pudding, with an occasional spring hare. The latter were easily secured at night. They are exceedingly inquisitive, and a lighted lamp placed in the veldt, soon attracts several hares. A man with a gun does the rest.

When the river had subsided sufficiently to render pont working safe, one of the first consignments taken on the pont was a buck wagon, with its team of mules, three white men and about twenty natives. In midstream a particularly vicious wall of water placed too heavy a strain on one of the pillars, which 'gave,' and  the other pillar - too weak to stand the impact - collapsed entirely.

The pont was over-turned, and wagon, men and mules, were precipitated into the flood. Excited natives quickly gave alarm to the camp, and the banks of the river were crowded in a few minutes by hundreds of people.

The river below the bridge was nearly half a mile wide, and in the water was a confused mass of kicking mules and struggling men.  Swimming was out of the question, the only hope being that the men would manage to cling to any of the semi-submerged trees, the tops of which were visible where the river narrowed.

A shout went up from the assembled crowd, when it was seen that one man had succeeded in retaining his hold, notwithstanding the strong current, which every minute threatened to dislodge him. A rope was quickly obtained and after a few abortive casts, the half-drowned man secured it around his body and was thus dragged ashore. Rescue parties were immediately organised to search the banks for any of the other men who might have managed to get ashore, but to no purpose.

Needless to say, this disaster cast a gloom over the camp, and our party was diminished by one man, a white porter being the one drowned.

The surf boats were then utilised to take us across. The boat I crossed in contained, besides the boatman, the wife of one of the Station master, her baby, servant and parrot. I was prevented from being scared by soothing the fears of the ladies, whilst admiring the boatman's ability in going up stream in the quiet waters of the bank, watching the set of the currents, and taking advantage of one which carried us swiftly to the opposite bank, almost opposite our original starting place.

Of our journey to Bloemfontein, little further need be said except to relate an episode characteristic of train arrangements which obtained under construction regime.

Our train, going north, met a ballast train coming south, some distance from a crossing place, and the question arose, which was to have the "right of way". The drivers of the trains settled the matter by having a fight, which was won by our driver. The defeated man had this to set back some miles for a crossing loop, followed by the victorious driver on our train.

Readers in the C.S.A.R. will be interested to know that three of their present officers were in this party. I refer to Messrs W. H. Barrett, C. F. Pryee and H. F. King.