Remembering the 'Eiffel Tower of the Rand' 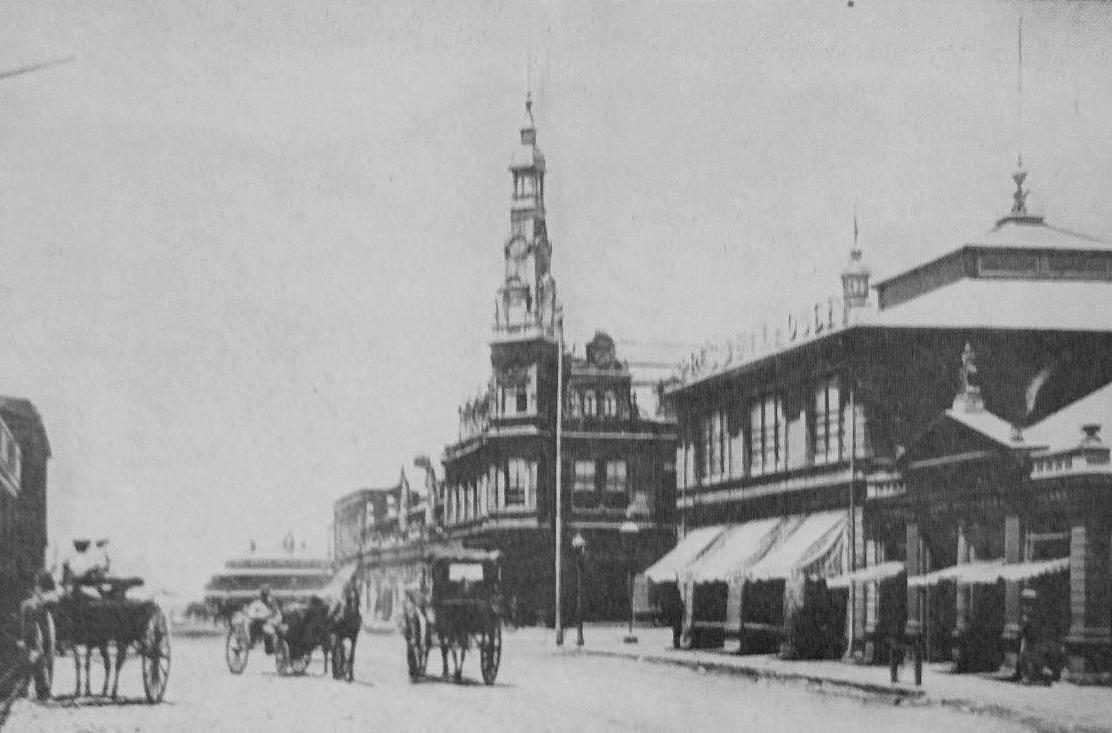 In 1889, just three years after the founding of Johannesburg, the finishing touches were being put on a building that would become one of the city's landmarks for seven decades. It rose almost 30m into the sky and was the tallest building in town until the Markham's Building claimed the title in 1897. Considering it dominated the skyline, it is no surprise that it gained the nickname the 'Eiffel Tower of the Rand'.

The structure I am talking about is, of course, the Palace Building (or Palace Buildings) located on the prime corner of Rissik and Pritchard Streets. It was designed by John Stanislaus Donaldson and was Joburg's first three storey building. Retail dominated the ground floor, offices were on the first floor and the top floor was used for accommodation. Real estate developer, William Gwynne Evans certainly showed immense confidence in the future of Johannesburg by erecting such a commanding structure at a time when most people believed the gold rush would not last. 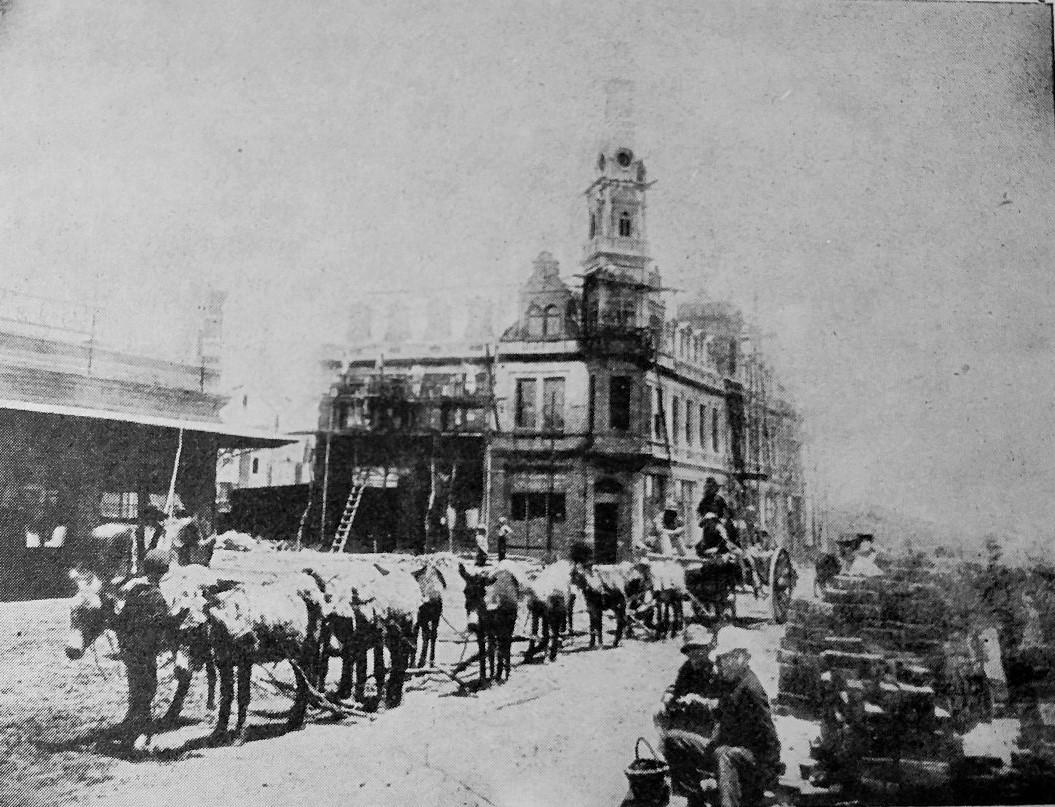 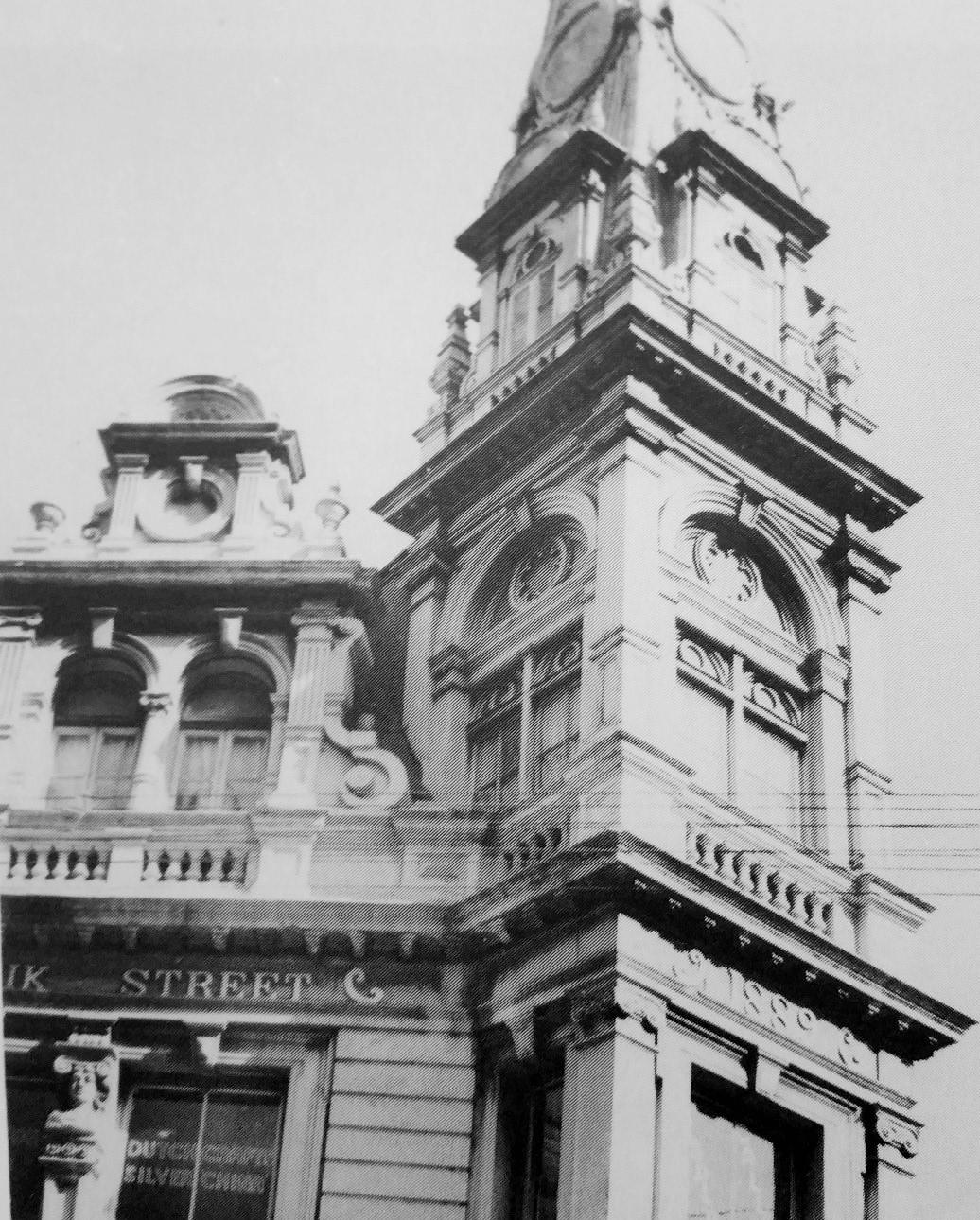 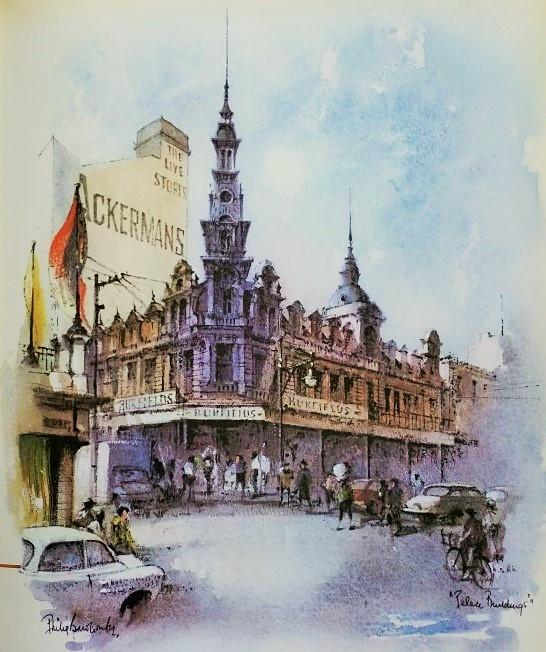 The Palace Building played a significant role in cementing Pritchard Street as one of the prestigious shopping streets of Johannesburg. Initially, the building's landmark status pulled shoppers north of market square which was the main shopping area in the early days of the town. Later, following the arrival of the train, it acted as a beacon encouraging pedestrians walking from Park Station to the center of town to take a short cut from Eloff Street into Pritchard Street. Over the years, the building housed Johannesburg's first toy shop, first jeweller, first news agency and many other famous stores. The well-known photographer O'Bryne also leased space in the building.

Pritchard Street with Palace Buildings on the right - A Johannesburg Album - Oscar Norwich.jpg 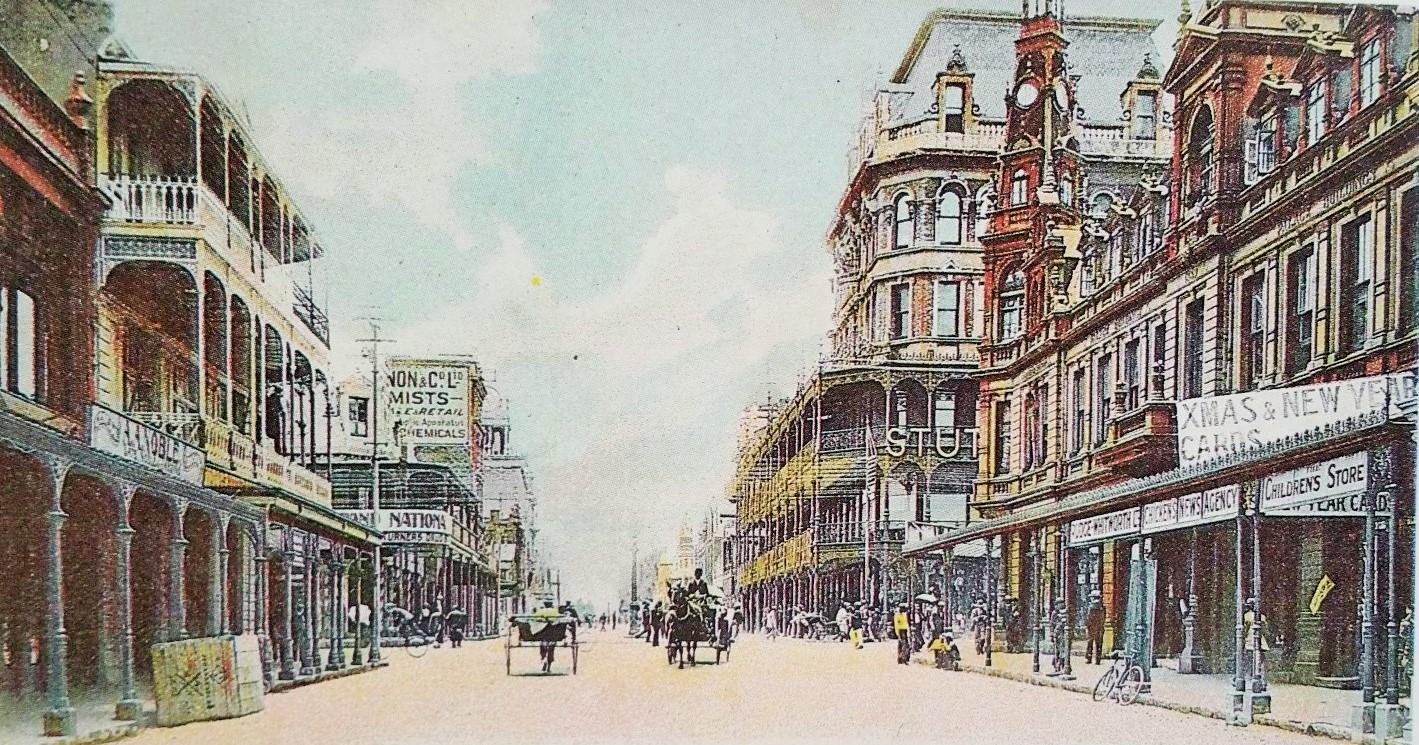 An old postcard with a view up Pritchard Street. The Palace Building is on the right. (A Johannesburg Album) 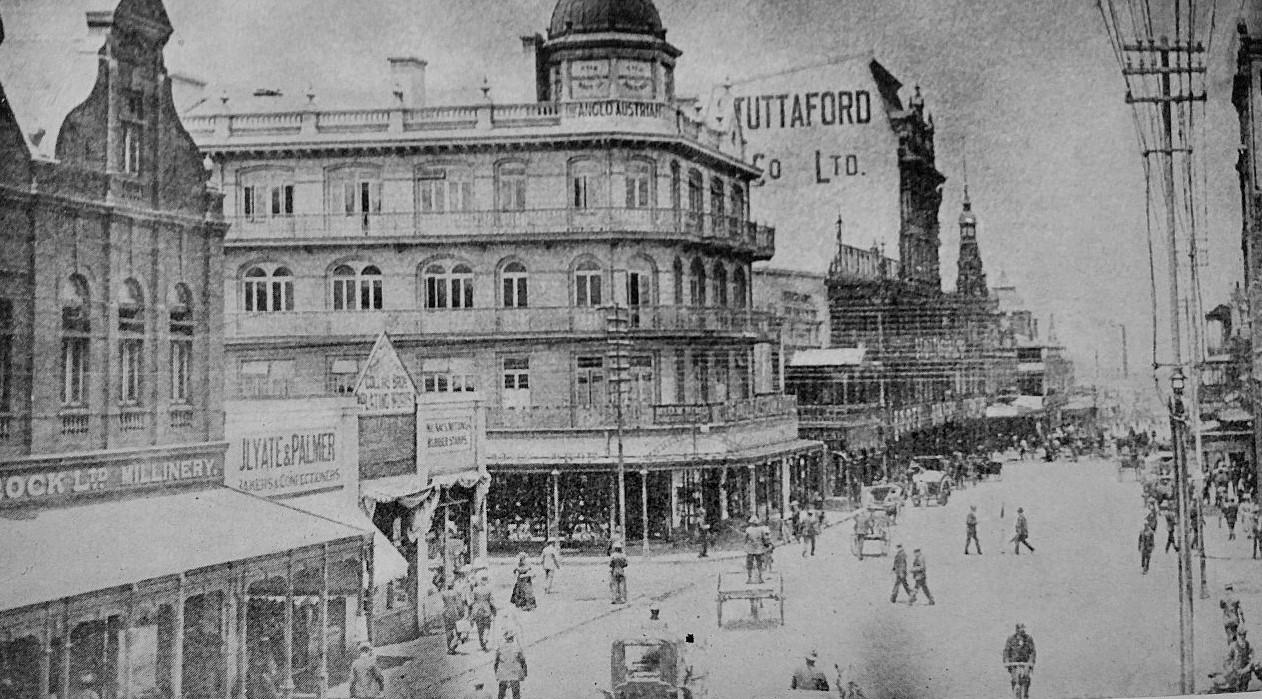 Looking at Pritchard Street from the other side. The Palace Building is in the distance. (Seventy Golden Years) 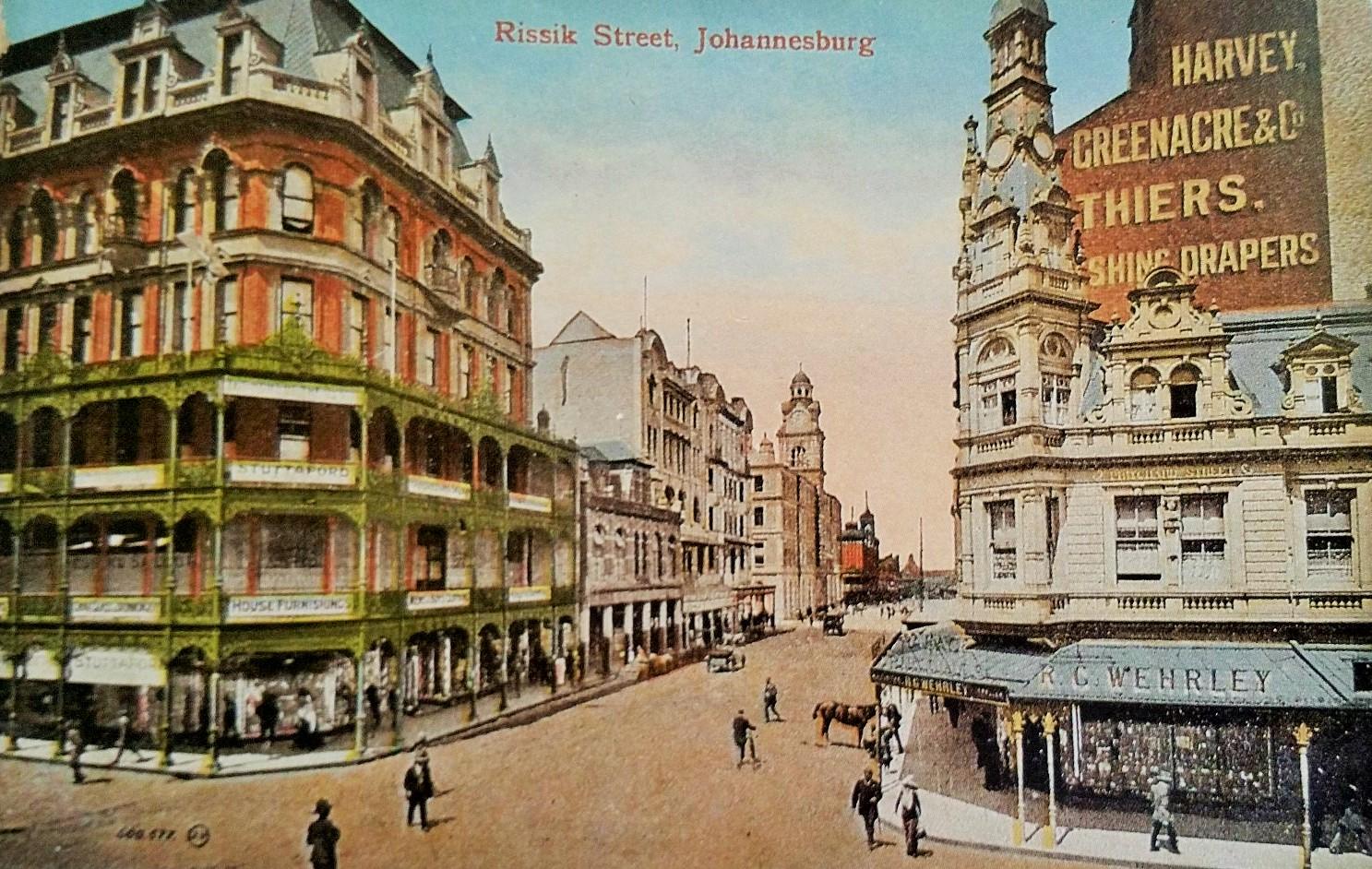 Some unsavoury events also took place around the building. In the book, The Johannesburg Saga, John Shorten describes how anti-German feeling during World War I led to severe looting which affected several establishments including Wehrley's jewellery and fancy goods shop in the Palace Building. The mob stripped the fixtures, fittings and stock  and created a huge bonfire in the street. The photograph below shows the destruction taking place. 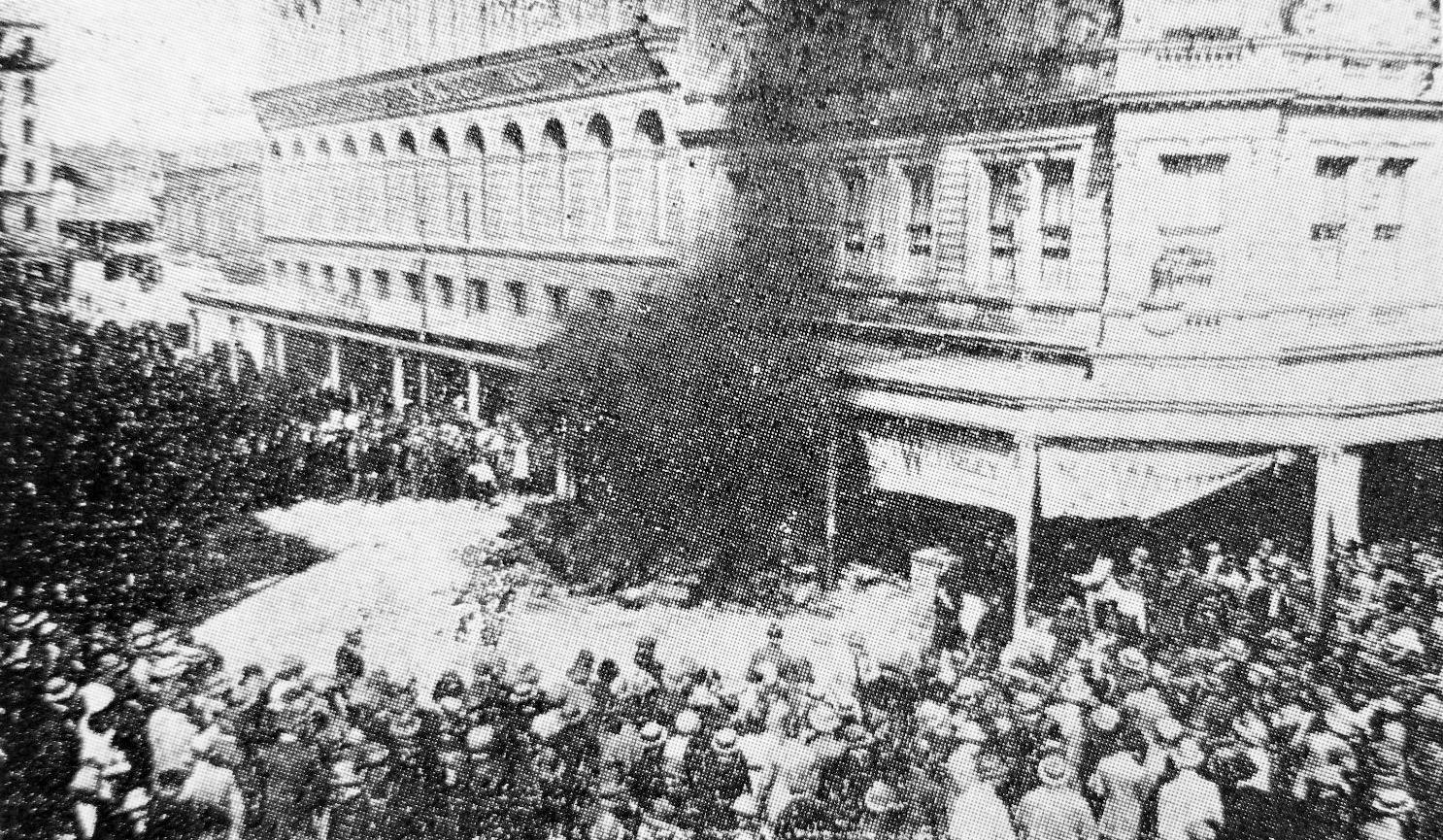 Anti-German mob outside the Palace Building (The Johannesburg Saga)

The Palace Building is a structure that many in the heritage community wish was still standing. Its history and character could have played a major role in the culture and tourism offering of the city. Alas it was demolished in the late 1950s despite protest from concerned citizens. The building was replaced by an eleven storey structure also called the Palace Building. The developers commemorated the historic landmark by including a model and plaque in the lobby. According to Arnold Benjamin, the weather-vane on the smaller tower was saved and sent to the Africana Museum (today Museum Africa). I wonder if it is still there. 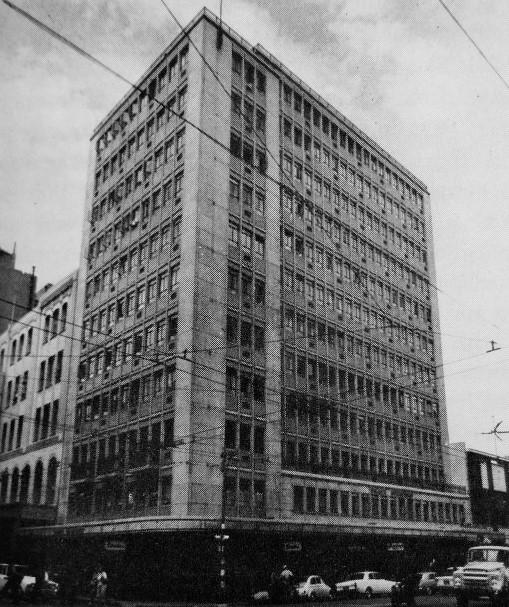 The Second Palace Building was also demolished. Plans for a larger development stalled and for many years the site operated as a parking lot, a far cry from its glory days. More recently, the larger Palace Site was acquired by FNB and the company is in the process of building a multi-level parking lot. Wouldn't it be great if some kind of commemoration could be included on the corner where the original landmark once stood? 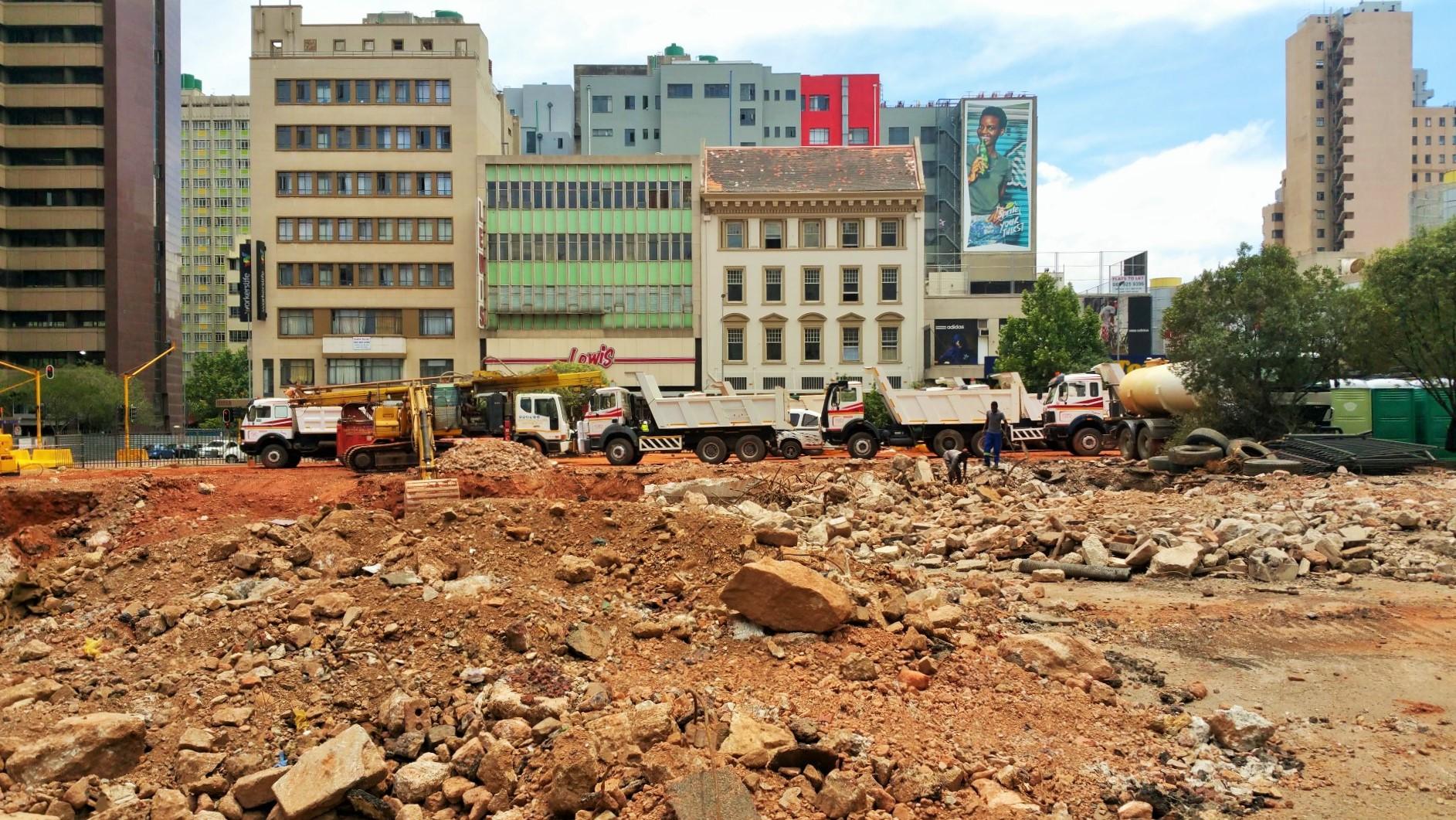 Construction on the FNB Parking Garage has begun (The Heritage Portal) 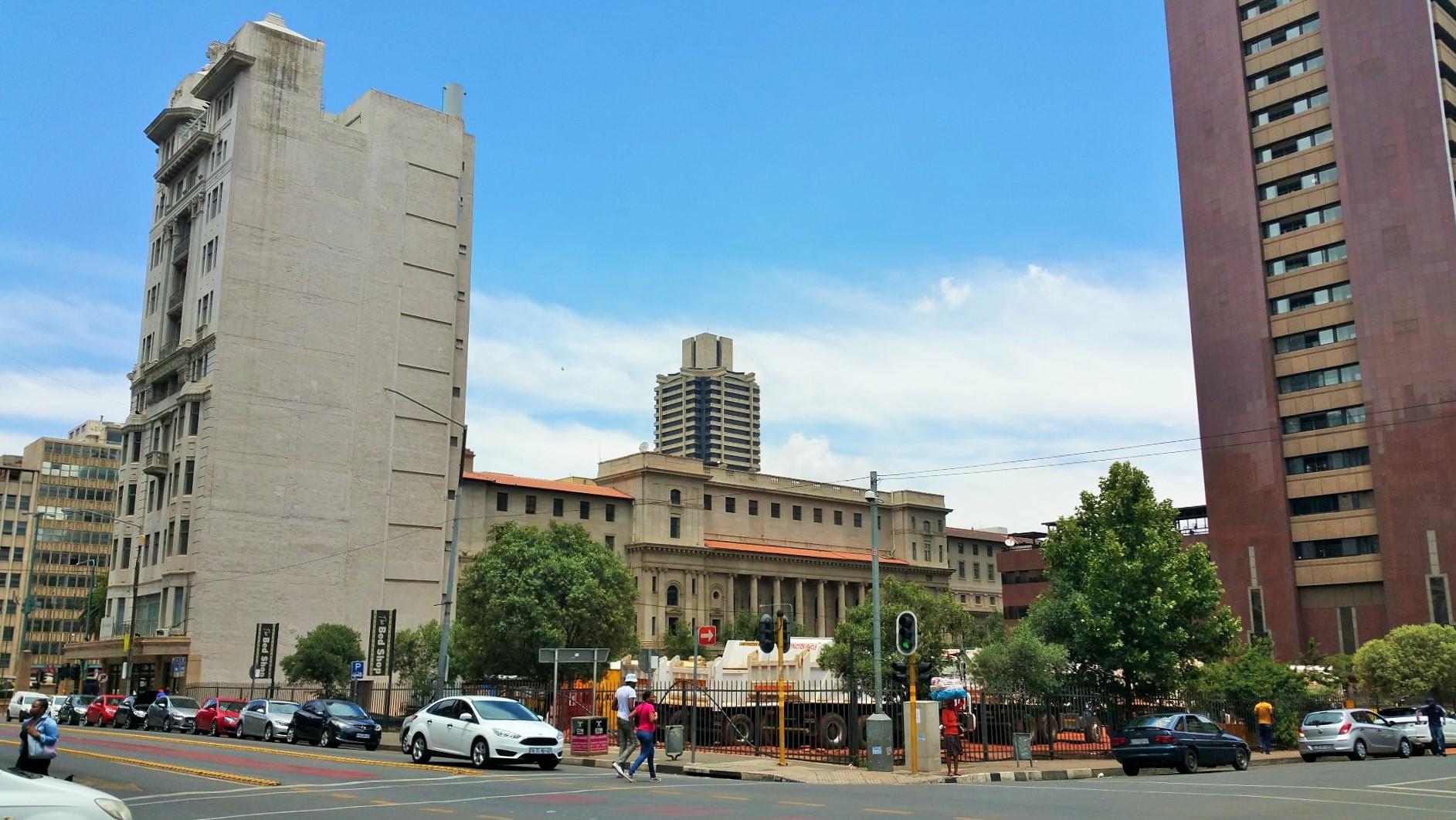 The corner where the Palace Building once stood (The Heritage Portal) 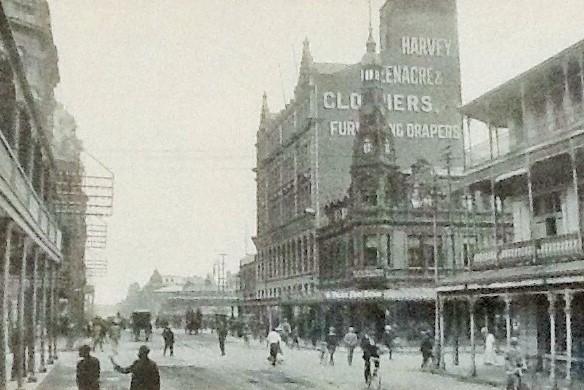 Is there an opportunity for FNB to commemorate the famous Palace Building? (1905 Johannesburg Guidebook)