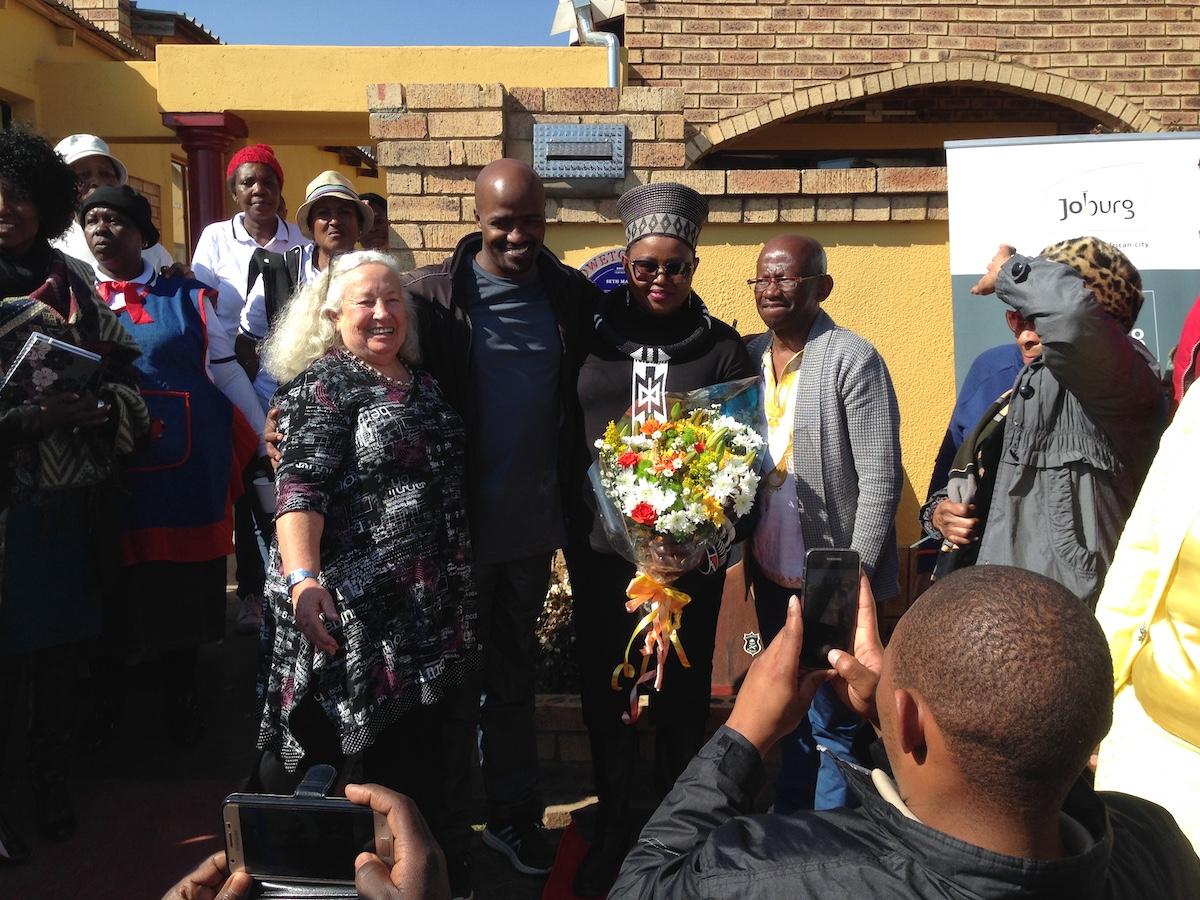 Seth Mazibuko’s home located at 1806 Msimango Street, Orlando East dates back to the 1930s when it was used by the community as a founding headquarters of the Mahon Mission Church in the African Township, presided over by his grandparents who were deacons of the Church.

Planning meetings for the student revolt of June 1976 were held at this house as well as at the Donaldson Hall (DOCC), also in Orlando East, with the likes of Tsietsi Mashinini, Murphy Morobe, Zweli Sizani and Sibongile Mkhabela holding secret meetings at this home. During the last planning stages of the June 16 1976 march, PAC leader Zeph Mothopeng paid visits to the Mazibuko’s home to offer political advice to the youth.

The site became a meeting place of SASM leaders such as Billy Maseltha, Tsietsi Mashinini, Sibongile Majakathata, Murphy Morobe, Zweli Sizani, and many other leaders of 1976. It was also visited by Steve Bantu Biko to meet with leaders such as Thenjiwe Mthintsho, Kenneth Rachidi and Aubrey Mokoena (these were then senior leaders of the Black Consciousness movement).

Seth Mazibuko outside his home in 2019 via Eric Itzkin.jpg 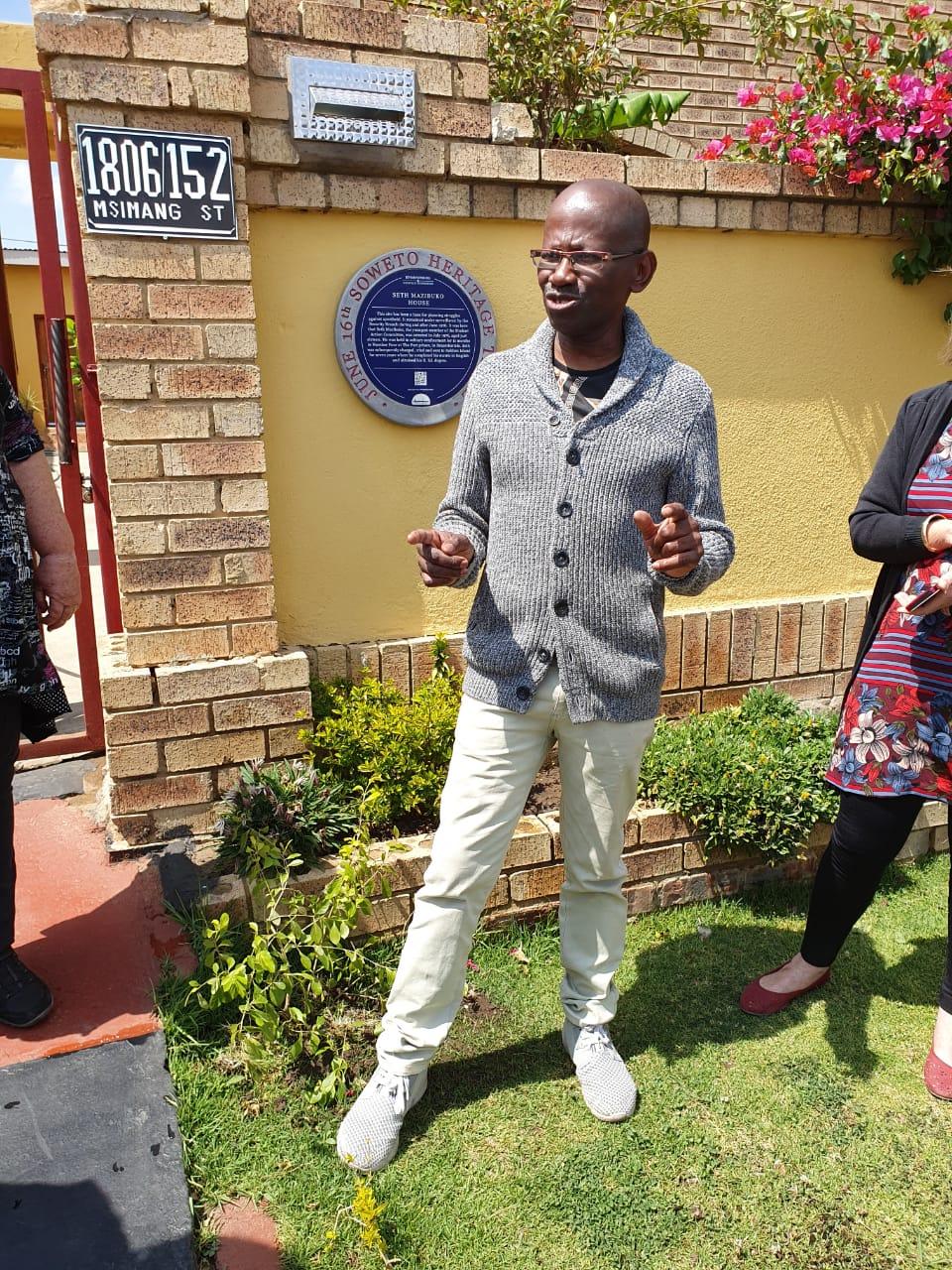 Seth Mazibuko outside his home in 2019 (Eric Itzkin)

Seth Mazibuko was arrested at the same property at the age 16, after he had gone to hiding and was avoiding arrest. On 3 July he was arrested at the site by the Security Branch and soldiers after being dropped off by Dr. Aubrey Matlhare of the Parents Committee of 10, and was subsequently detained without trial and kept in solitary confinement for 18 months under Section 6 of the terrorism Act of 1966.

He describes how he was arrested at the house in Msimango Street:

Then on the morning of July 3, I was missing my family terribly. My mother, my father and my brother were so much in my heart and mind. I hadn’t seen them for a long time. I asked the guy who was keeping us in hiding: ‘Please take me home, just to go and see my parents’.

I walked my parents halfway to work and then I came back home. And I just decided to take a nap on the couch, because when you are in hiding you never sleep. It was about 8 o’clock in the morning when soldiers and police knocked on the door. Because of my small body, the cops didn’t think I was the person they were looking for.

They said to me, 'Where is Seth Mazibuko?', and I said, 'Seth Mazibuko’s got a temp job in town'.

They went into the bedroom, where my brother was, and asked him where I was. My poor little brother pointed at me. So I got arrested.

I went through one of the worst times of my life. I was arrested under Section 6 of the Terrorism Act, which kept me in solitary confinement for 18 months. I was tortured, interrogated in the middle of the night.  A teenager.  A sixteen-year-old. I was the youngest political prisoner on Robben Island. I hardly had a prison uniform size” .

After 18 months of solitary confinement, Seth Mazibuko was arrested in 1977 and sent to Robben Island from where he was released in 1981. While imprisoned at Robben Island, Mazibuko gained his Bachelor of Education degree. 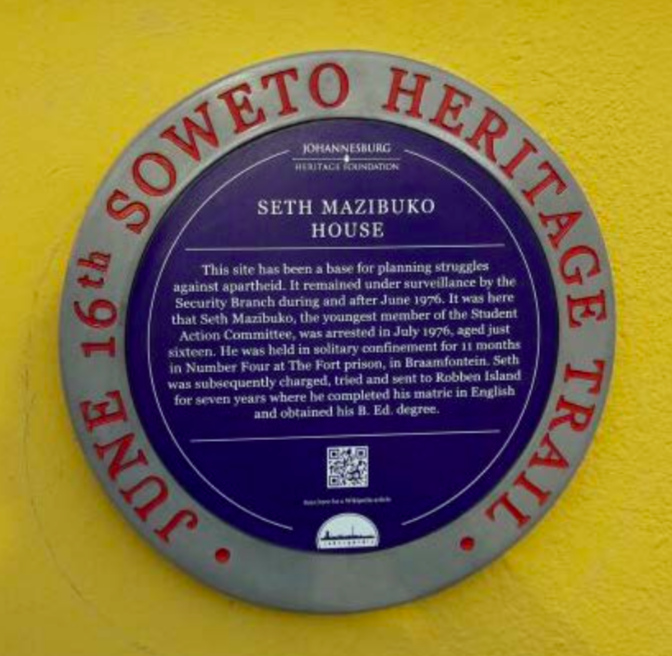 Over the years, the house was used as a site of youth liberation meetings with senior leaders of the times, including meetings with Winnie Madikizela-Mandela, Aubrey Mokoena, Thenjiwe Mthintso, Stephen Bantu Biko, Kenneth Rachidi, Ishmael Mkhabela, Lybon Mabasa, Khehla Mthembu, and Cyril Ramaphosa. The house hosted meetings of the underground movement structures of the ANC around 1976 and 1977. Around this period, the home was monitored by the security agencies such as the Bureau for State Security and the NIS.

In later years, the house became a meeting place for the Leadership of the Release Mandela Campaign (RMC) during Seth Mazibuko’s tenure as Chairperson of the Committee. Among the activists who attended meetings of the Release Mandela Campaign were Dali Mpofu, Tiego Moseneke, Pascal Moloi and Bheki Mlangeni, who were also students and leaders of the Black Students Society from Wits University and who were also detained with Seth Mazibuko.

It was in this home that Seth Mazibuko wrote the play “Who is to be blamed?”, which bemoaned the atrocities meted out by the apartheid regime against black people. The play’s rehearsal was at Phfeni High School and at times at the Mazibuko family home.

Following his release from Robben Island, Seth Mazibuko was treated by the phychologist Saths Cooper (also a former political prisoner), and then left to the care of his mother and father, after having suffered mental illness due to torture and abuse at hands of the apartheid police. He remains at the same site to this day after both his parents passed on some years ago.

Mazibuko became a teacher and school principal.  He has also served as the Chief Operating Officer of the Moral Regeneration Movement, an NGO focused on nation-building and social cohesion.

Main image: Dignitaries outside the Mazibuko home at the plaque unveiling in 2017. Flo Bird is on the left, with Seth Mazibuko on the right, alongside the MMC for Community Development, Clr. Nonhlanhla Sifumba.

The details above were extracted from the City of Johannesburg's inventory form for the Seth Mazibuko home. Click here to download.