The British Hit Parade Before the Beatles 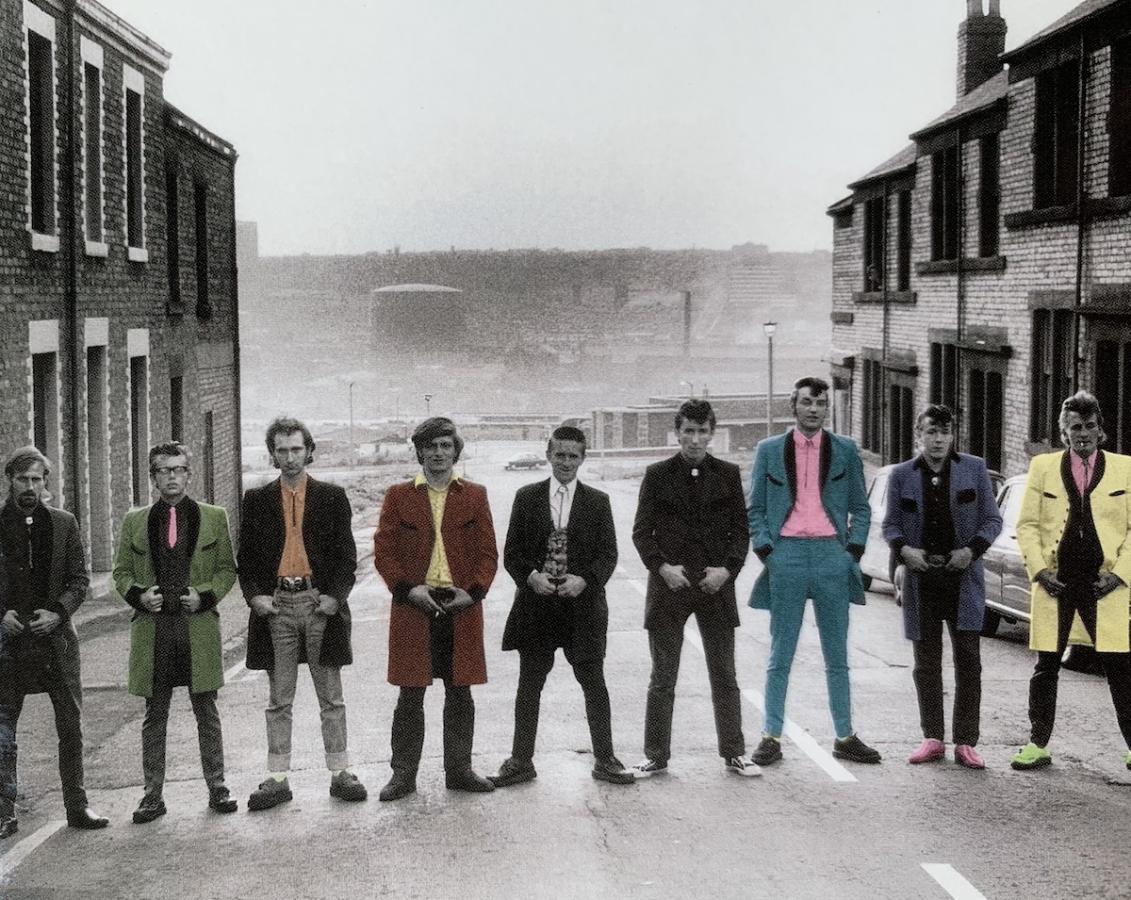 “Greetings Pop Pickers”: those words were the weekly introduction to Pick of the Pops as spoken by the legendary Disc Jockey (DJ), Alan “Fluff” Freeman, over the airwaves of BBC Radio’s Light Programme, throughout the 1960’s. On Sunday afternoons, between 4 & 5pm, he would give a weekly update of the British Hit Parade, with chart movements, new entries into the Top Twenty, new releases and as a “finale” he would play each of the Top Ten Singles in ascending order. He was therefore an eye witness to the biggest revolution in the history of popular music and culture – The Beatles.

The British Hit Parade, in the years either side of 1960, was dominated by American recording artists and the British singers who did make the “Top Ten” would have mainly covered American songs, which is evident when paging through 40 years of NME Charts (from 1952 to 1992). The song “Tower of Strength” sung by Frankie Vaughan, which reached No. 1 in November 1961, was a cover of Gene McDaniels’ original recording which reached No. 5 on the American charts.

Britain in the 1950’s was still recovering from the damaging effects of the Second World War (1939 to 1945) and although the British had been on the winning side, it certainly did not feel like it as austerity and food rationing were the order of the day. Economic improvement had been slow to begin with but was starting to pick up when the British Prime Minister, Harold Macmillan made a speech in 1957, where he said “Indeed let us be frank about it – most of our people have never had it so good” (now paraphrased to “Never had it so good”). 1957 was also the year in which Paul McCartney (then 15 years old) first met John Lennon (16) at a church fete whilst John was performing on stage with The Quarry Men Skiffle Group; a fortuitous meeting that would change history. 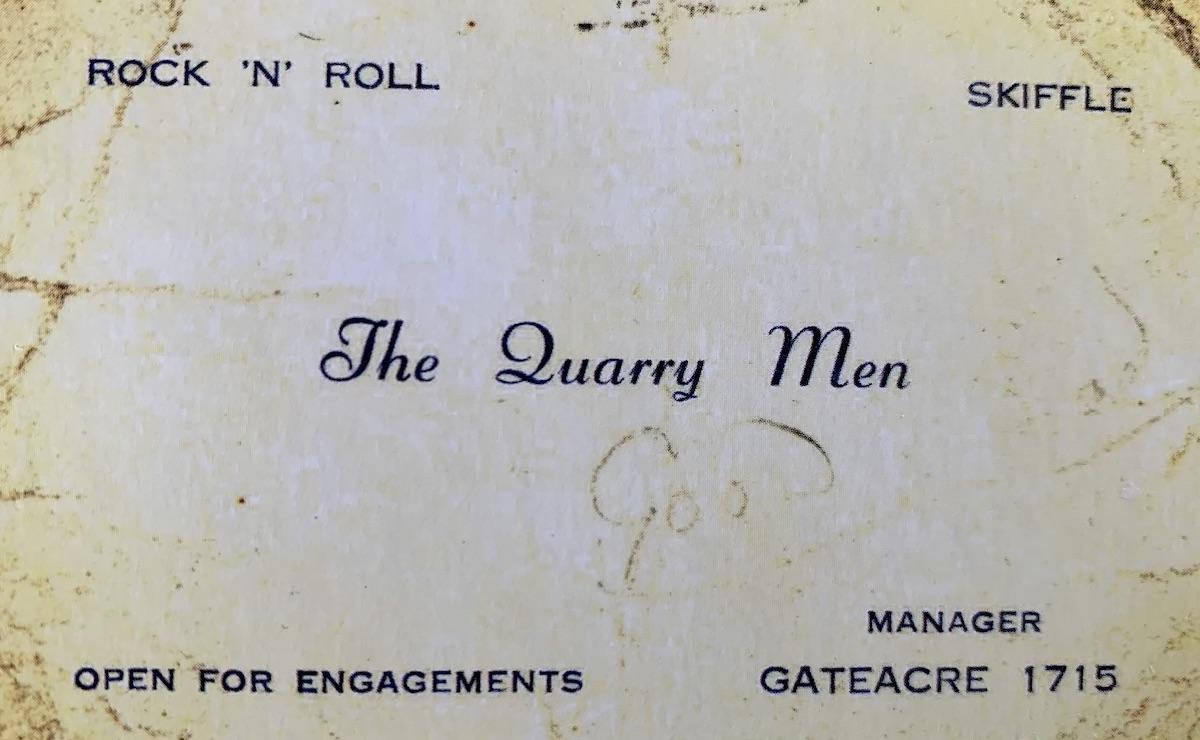 Britain and America have many things in common, not least the English language and this made it easier to absorb the cultural and musical styles emanating from either side of the Atlantic. Britain had been the leading light during the 19th century, but throughout the 20th century America had steadily become the trend setter. Thus it was that post-war Britain took its musical cues from the USA and the contemporary British singers and musicians were heavily influenced by the American popular music of the 1950’s, as performed by artistes such as Elvis Presley, Bill Haley, Buddy Holly, Fats Domino, Chuck Berry, Little Richard, et al. Buddy Holly deserves a special mention as he was seminal, being the singer / songwriter / lead guitarist in a group calling themselves the Crickets and it could be reasonably said that he and the Crickets were the blueprint for the British four man beat group, who also wrote their own music. His life was tragically cut short at the age of 22, when he was killed in a plane crash on the 3rd February 1959 – said to be “the day the music died”. It is gratifying to know that his music is still played regularly on radio stations around the world. My favourite track of his is “Reminiscing”. 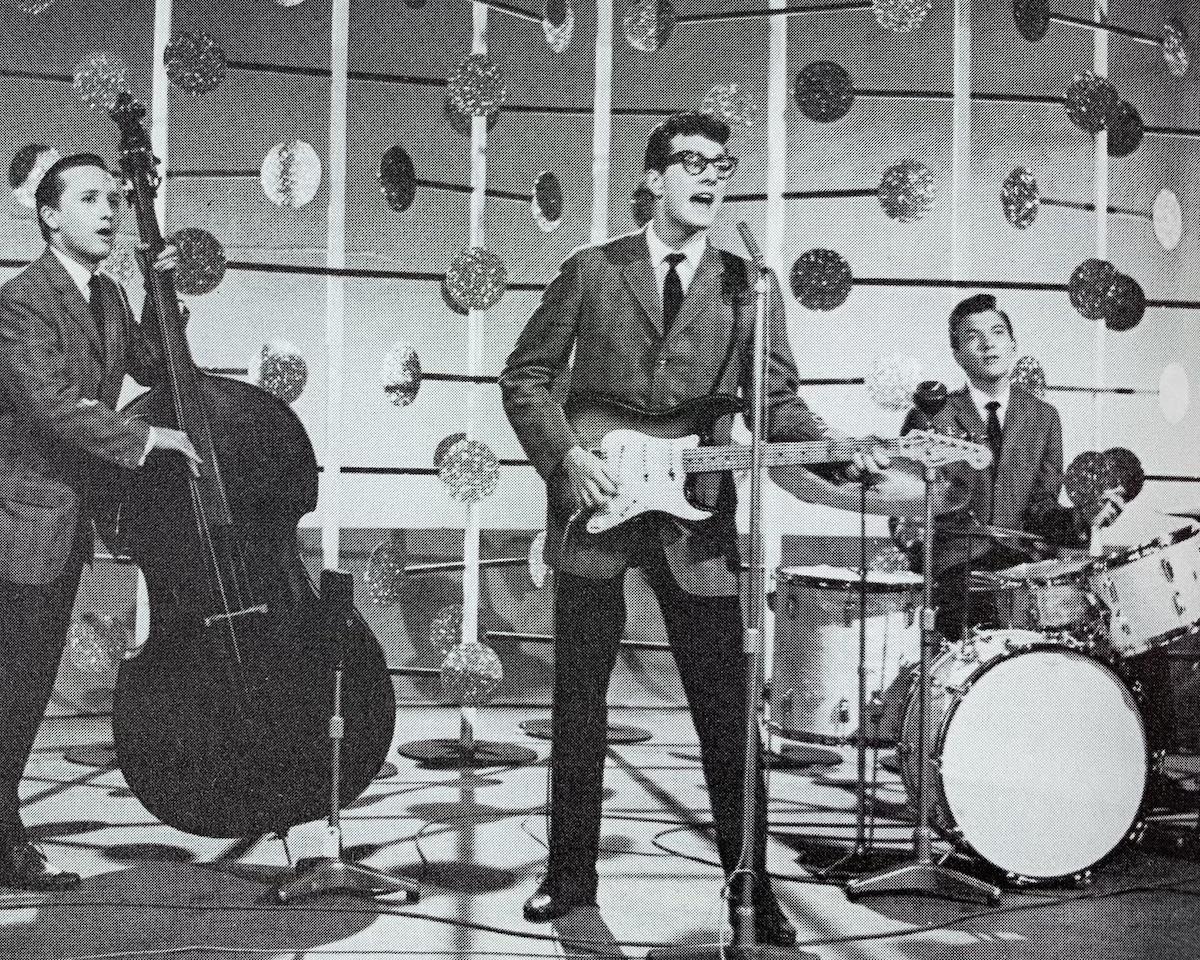 Lonnie Donegan was another musician who many youngsters could aspire to. Originally a banjo player with the Ken Colyer Jazz band and then moving over to the Chris Barber Jazz Band, he would become known as the “King of Skiffle” and he would carve out his own successful solo career. 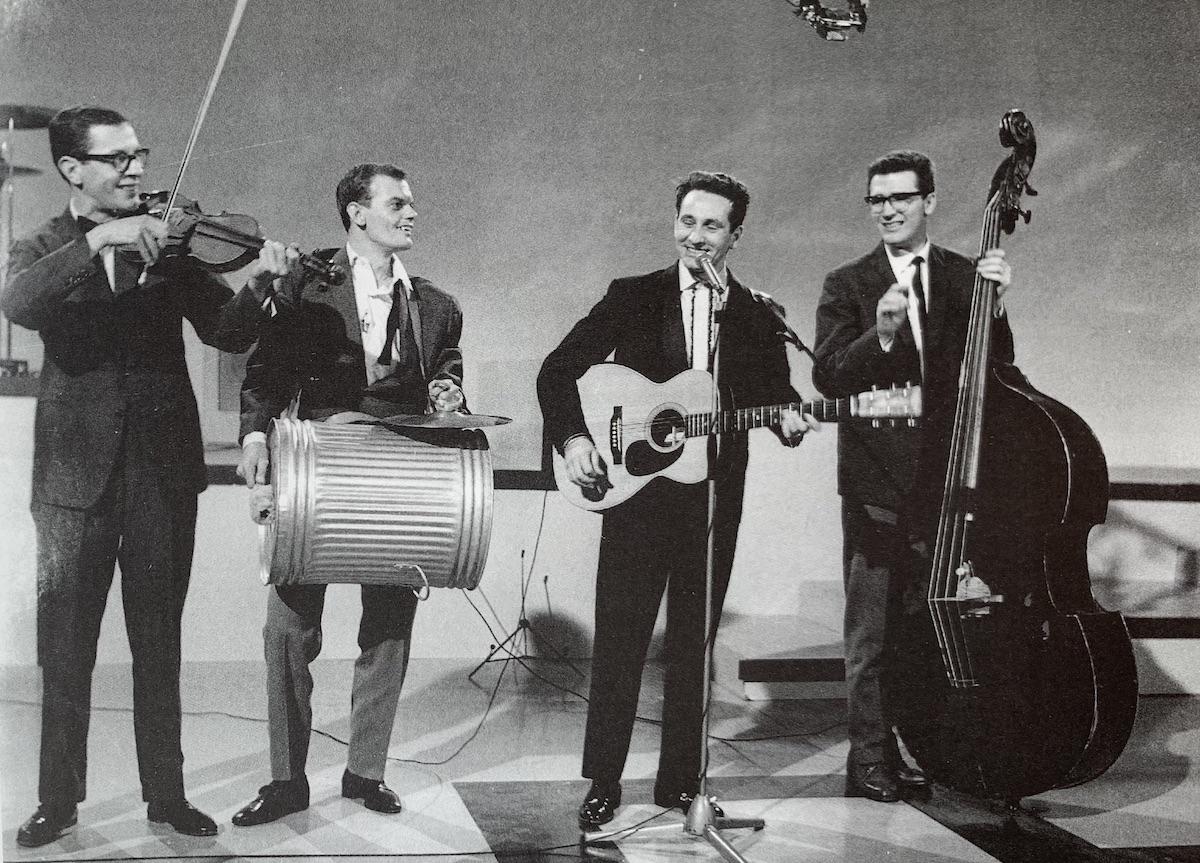 Skiffle was a short lived music craze in the UK during the mid-1950’s which originated in Chicago back in the 1920’s and was a mix of Jazz, Blues and Folk. Skiffle’s attraction was that it was “do it yourself” music, using rudimentary instruments such as washboards, jugs, a tea chest bass and above all a guitar and all over the country skiffle groups sprung up like mushrooms. Chris Barber played traditional New Orleans Jazz and he would often feature a skiffle set in the band’s repertoire. Donegan, with his nasal tones, would lead these skiffle sessions. In 1954 the DECCA label would release an album (a long playing record) by Chris Barber called New Orleans Joys, two tracks of which were in the skiffle idiom and those tracks would be released 18 months later as a single credited to the Lonnie Donegan Skiffle Group. The odds of the single with its A-side being Rock Island Line being a transatlantic Top Ten hit were fanciful at best, some would even have said insane, but that is exactly what happened as Rock Island Line reached No. 8 on both the British and American charts in early 1956. Lonnie Donegan would become the most successful and influential British recording artiste before the arrival of the Beatles, chalking up 17 Top 10 hits between 1956 and 1962. He certainly influenced the young and impressionable John Lennon to buy a £5 guitar and start strumming.

A real supporter of British musical talent especially in the Rock n Roll genre was the producer Jack Good who would in the late 1950’s bring shows to the “Telly” both on BBC TV and on Independent TV (ITV), aimed squarely at the younger generation. Perhaps squarely was not such a good choice of word as a “Square” was someone who was not “Hip”. He first worked for the BBC and produced Six-Five Special compèred by Josephine (Jo) Douglas and Pete Murray. It first aired on Saturday 16th February 1957 at five past six, in the evening. It was the first programme to fill the interlude (a period when TV went off air) between 6pm and 7pm – the so called “Toddlers’ Truce”; a time when parents could put their children to bed. The Radio Times (the BBC’s weekly magazine) promised “plenty of music in the modern manner, with rock n roll, skiffle groups, traditional jazz, featuring top music groups and soloists”. Scheduled for six shows only, its early success led to an extended two year run, with appearances by Cliff Richard, Marty Wilde and Adam Faith, making them household names (at least with the younger members) and in turn it would bring them chart success. Good would move over to the “other” channel (ITV) and produce Oh Boy which went out “On Air” at the same time on a Saturday as Six-Five Special and it would run for nearly a year, between September 1958 and May 1959. It had guest stars, resident singers and a backing band – and the regulars were  Cliff Richard, Marty Wilde, Cuddly Dudley (Britain’s answer to Little Richard), the Dallas Boys, the Vernons’ Girls and Lord Rockinham’s XI big band with Cherry Weiner on vocals and the Hammond Organ, she being known as “The First Lady Of Rock n Roll”, hailing from East London (South Africa that is). Both Six-Five Special and Oh Boy would become templates for the later long running Top of the Pops on the “Beeb” (BBC TV). 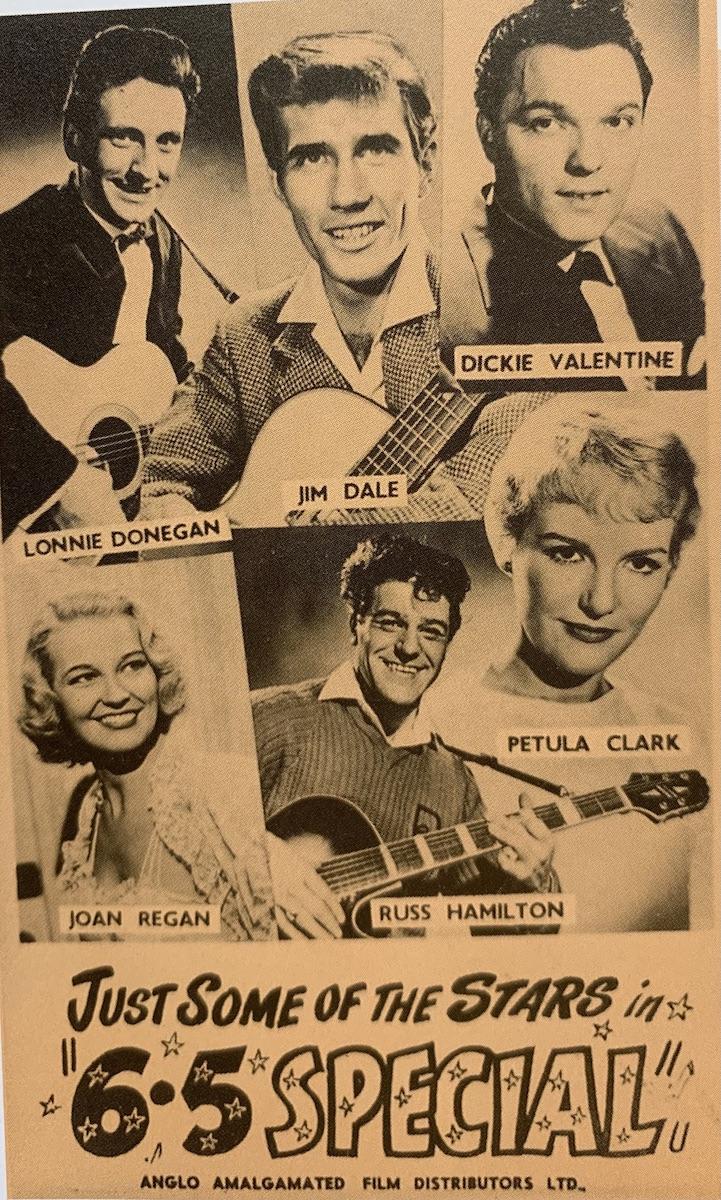 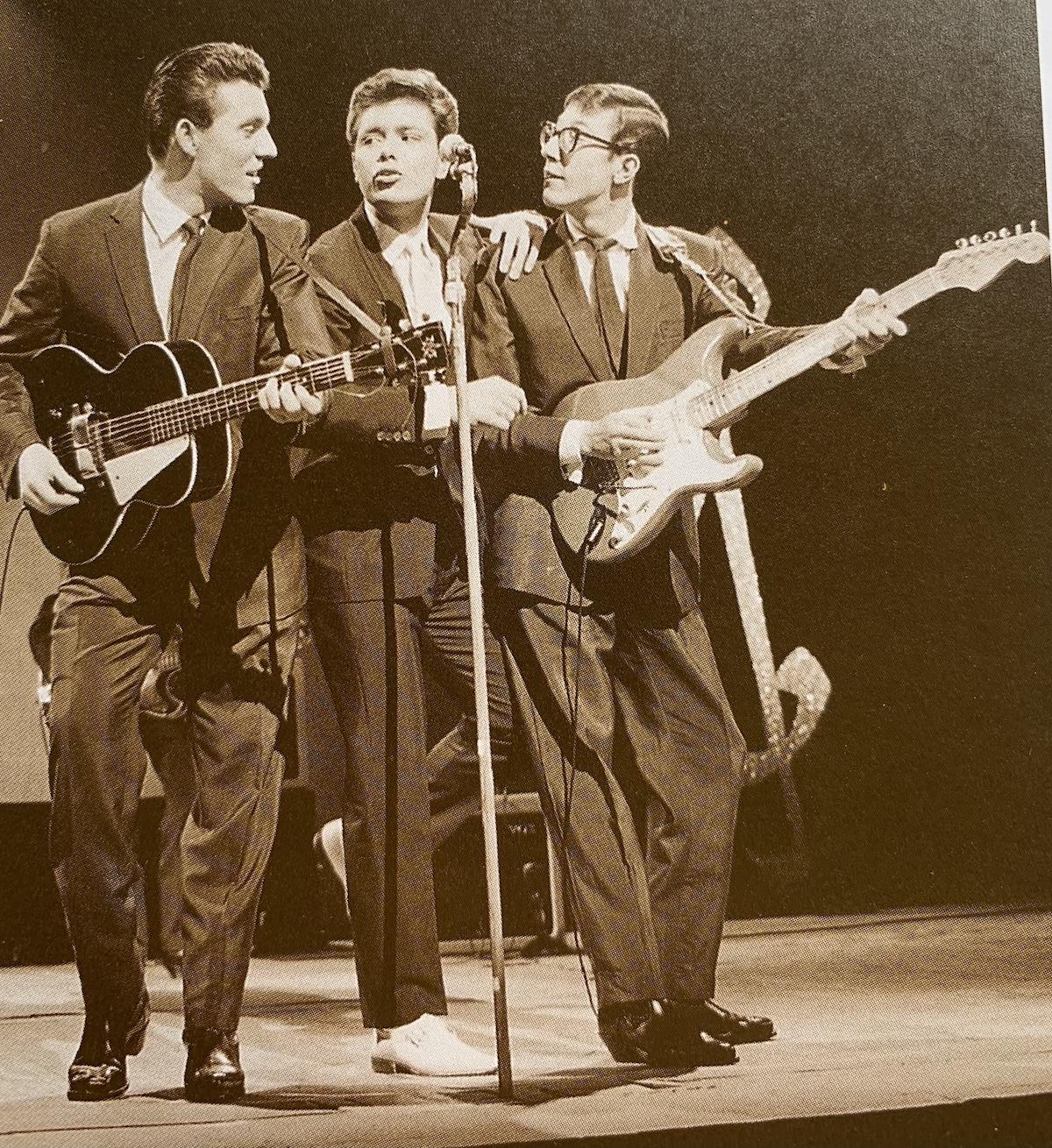 The Swinging Sixties will be always remembered for the “British Invasion” onto the American Hit Parade as a result of the phenomenon of “Beatlemania” which quickly transferred itself across the “Pond” to the USA. Initially however Capitol Records, EMI’s American arm, were reluctant to issue the Beatles records and it was Del Shannon who would have the first American hit written by Lennon/McCartney when he covered From Me To You. There was an about face when Brian Epstein, the Beatles’ manager flew to New York in November 1963 to make sure their next single would be released Stateside, He got satisfaction from the “Suits” at Capital and better still a booking for the Beatles on the Ed Sullivan Show on CBS TV, a regular Sunday night variety show for the family. With a $50 000 promotional campaign proclaiming “The Beatles Are Coming” and their records being played day and night on radio stations across the States so much interest was drummed up that by the end of January 1964 their new single I Want To Hold Your Hand was on top of the Billboard charts. When the Beatles first appeared on the Ed Sullivan Show on the 9th February 1964, it was in front of an estimated 73 million TV viewers (40% of the population), such was the excitement generated prior to their arrival. On a sombre note though it should be remembered that while this hype was happening, the Americans were still mourning the death a president, assassinated 11 weeks before and it could be said that the four lads from Liverpool were the breath of fresh air that was needed to lift the nation’s spirits. 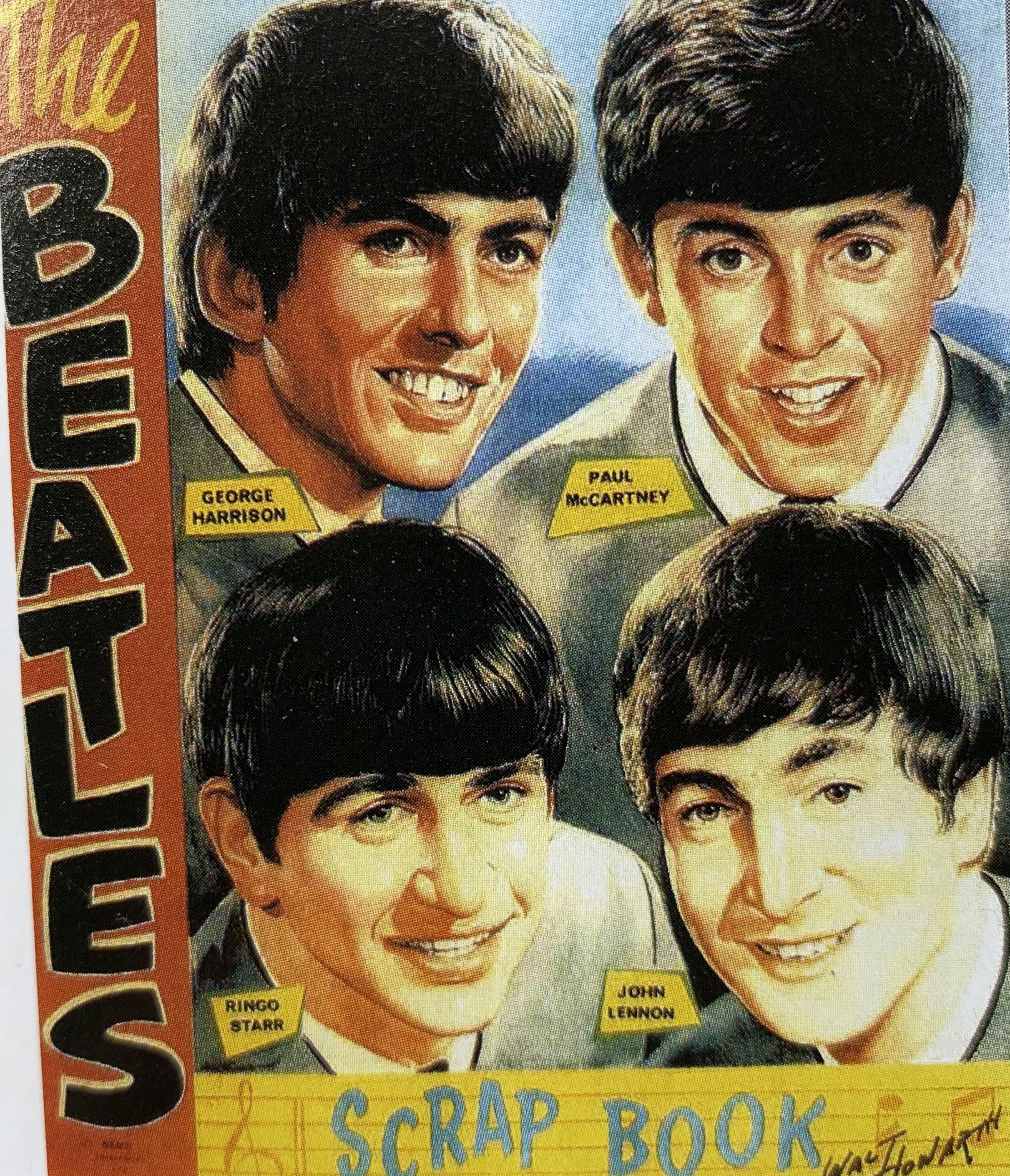 Newsweek magazine’s February 24th issue was very uncomplimentary about them and on its cover it had a picture of the Beatles, with the title Bugs about the Beatles. On the inside pages a scathing review quoted that:

Visually they are a nightmare, tight, dandified Edwardian-Beatnik suits and pudding bowls of hair. Musically they are a near disaster: guitars and drums slamming out a merciless beat that does away with secondary rhythms harmony and melody. Their lyrics (punctuated by nutty shouts of “yeah, yeah, yeah”) are a catastrophe, a preposterous farrago of Valentine-card romantic sentiments. The big question in the music business is will the Beatles last?

The article got it all wrong as the Beatles lasted as a group to the end of the decade and as solo artistes even longer. Both Paul McCartney (vocals, bass guitar & keyboard) and Ringo Starr (vocals & drums) are still at it.

The Beatles were in the vanguard with several other British groups close behind them when it came to assailing the British and American charts and they would collectively turn the tide of popular music and culture that had hitherto been flowing the other way.

As for the British pre-Beatles favourites, not many would have their careers left intact after the arrival of the Groups. Lonnie Donegan who was a trail blazer in the 1950’s would have his last Hit on the British Hit Parade in August 1962 with “Pick A Bale Of Cotton”, which got to No. 11. The irony here being that his initial influence over the young up and coming musicians would eventually lead to his own downfall as a recording artiste. He would continue in show business as a popular and well respected entertainer and cabaret singer and would team up again at the end of his career with his contemporary Chris Barber playing “Trad Jazz”. On the other hand Cliff Richard and the Shadows, performing either together or apart would cement their place in Hit Parade history and were popular at home and abroad with the exception perhaps of the USA where Cliff had only a few chart entries. In my view he has few equals as a singer either on stage or on record.

The years from 1957 to the end of 1963 were when British popular music came of age and the brimming home grown talent was just waiting to burst forth. All it needed was “A Little Help From My Friends”, the Beatles who were the catalyst to make it possible for British acts to take the world by storm.

Alan Freeman (remember him, the DJ of Pick of the Pops) would, after giving the rundown of the Top Ten, sign off by saying “Alright, right, stay bright”.