The Nedbank Historical Collective is a 20-entity-strong assemblage of archives and historical data, dating back to 1831. The previous article (click here to view) looked at the Cape of Good Hope Bank Savings Society, The Board of Executors, The South African Association for the Administration and Settlement of Estates and The Kimberley Permanent Mutual Building and Investment Society. This article will continue the journey through the entities in our archive.

In 1890 De Paarlsche Afrikaanse Trust Matschappij Beperkt was established in Paarl as a general regional bank and operated as such until 1954. Then, in partnership with local lawyers, the Paarlsche Trust established the Wes-Kaaplandse Afslaers as the Trust’s presence had begun to spread further afield. The Trust’s reach and growth was explosive and by 1960 De Paarlsche Afrikaanse Trust Maartschappij Beperkt changed its name to The Paarl Trust Limited. In 1963, The Paarl Trust Limited merged with African Mutual Trust and Assurance Company Limited, and changed its name to the Boland Board of Executors Limited. On 21 August 1969 the Boland Board of Executors listed on the Johannesburg Stock Exchange (JSE) with total funds of R86,1 million. In the same year, the first branch opened its doors in Cape Town.

The year 1970 saw a merger with Stellenbosch Distriksbank and Vogdy Bank, and a 30% shareholding of Mercabank Limited. As a result, the bank began building a bigger head office in Paarl. On 5 August 1971, the Boland Board changed its name to Boland Bank Limited and by December that year the first branch outside of the Cape Province was opened in Pretoria. By 1975 there were 65 Boland Bank branches across the country.

In 1976 Boland Bank made its momentous move to computerised banking, which was followed by its first TV advert in 1978. By 1984 Boland Bank had introduced ATMs across the country, known as the ‘BankMan ATM’, and had started offering foreign exchange facilities at select branches.

Boland Bank saw an incredible stride in its internet banking service offering by securing safe credit card transactions for online payments in 1998. In April that same year it changed its name to Boland PKS and in a surprising turn delisted from the JSE in July, as it merged with NBS to form NBS Boland. In 2002 the entity merged with the Board of Executives (BoE) and merged into the Nedcor Group the following year. 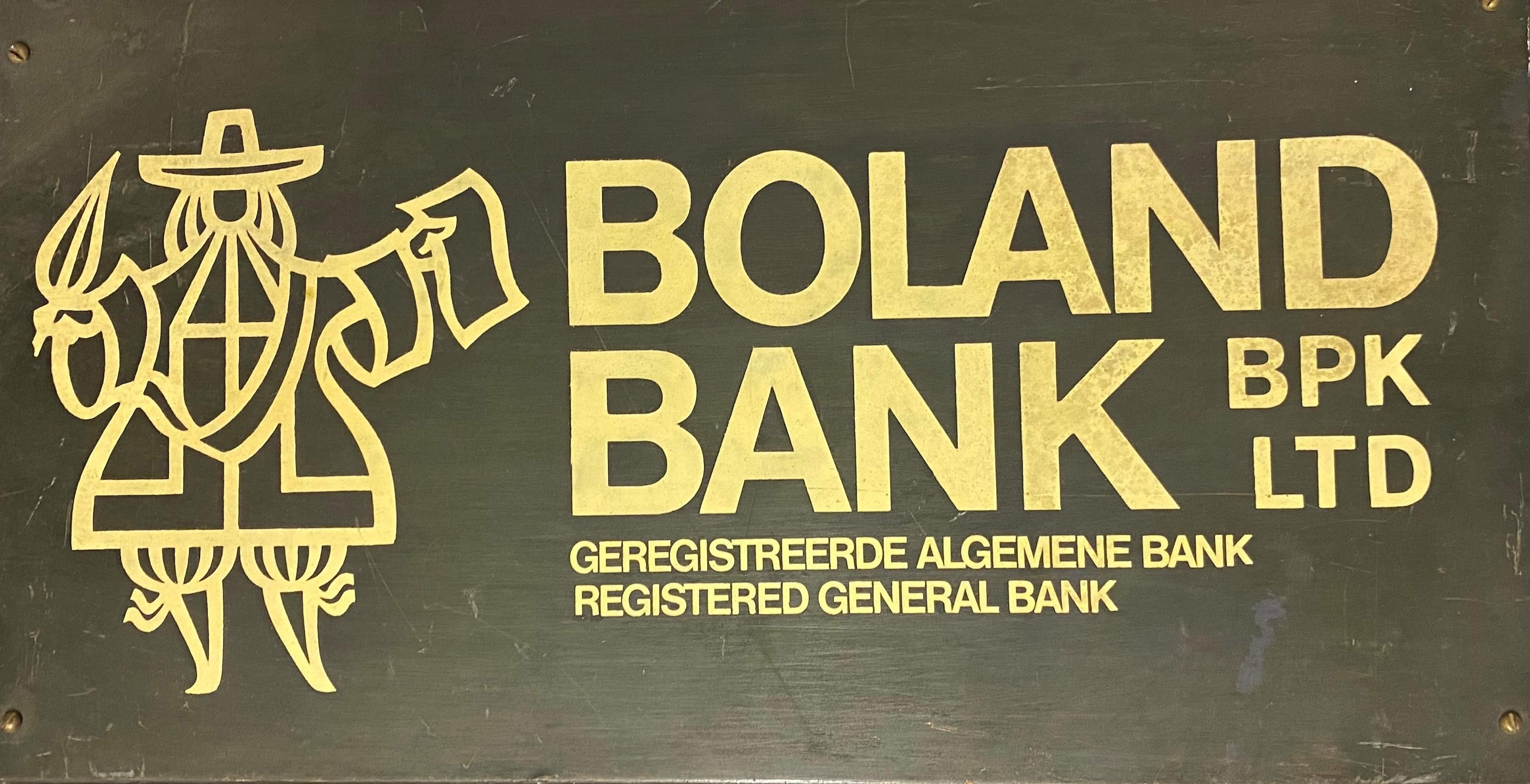 The Syfrets Trust Company Limited was established by Edward Syfret in Cape Town, on 27 April 1851. The first estate to be entrusted to the fledgling company and its 29-year-old founder was for the sum of £400. The company's success was astonishing, and between 1851 and 1876 there were a series of premises expansions and moves before it settled down in St George’s Street. 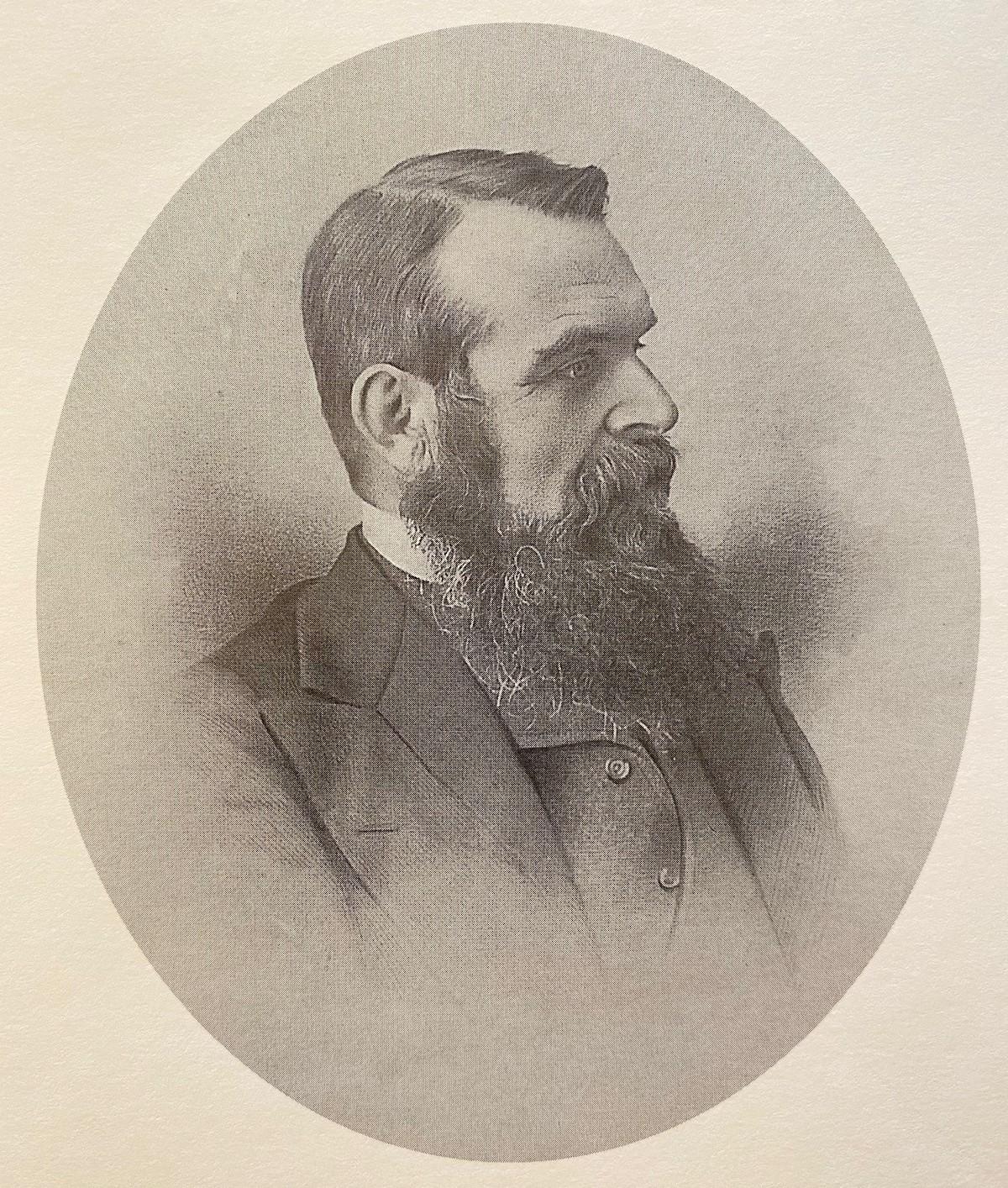 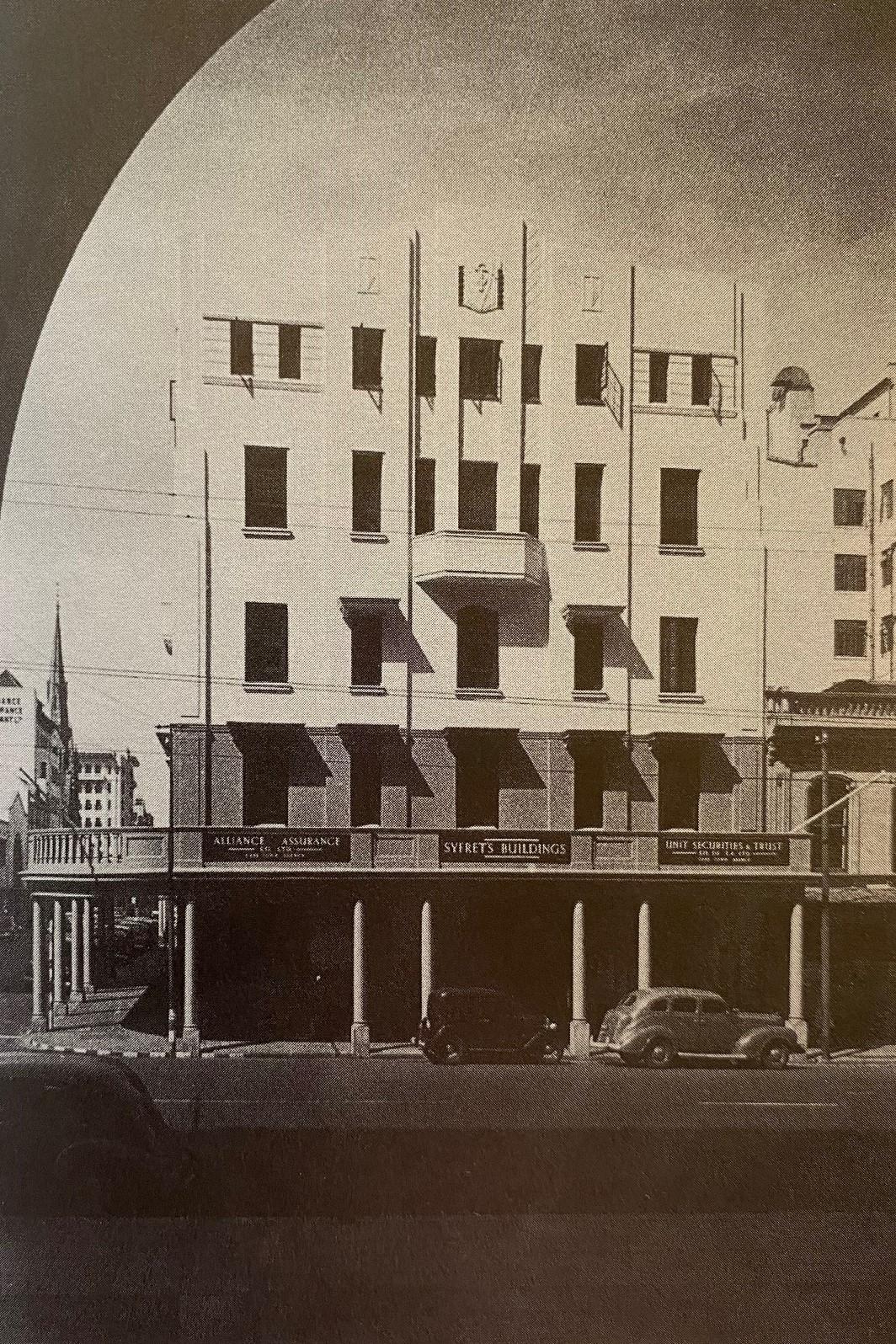 While financial markets around the world were shaken by the outbreak of World War I and the subsequent economic depression, Syfrets remained firm and continued to grow. This was spurred on by the moving away from the Gold Standard in 1932, which resulted in an influx of interest and investment in the country that all sectors began to benefit greatly from, with Syfrets alone reporting an annual profit of £37 831 for the year.

However, the success was short-lived. By 1937 the infamous Black Friday occurred and the international slump returned, followed shortly thereafter by the outbreak of World War II.

After the war, Syfrets sought to expand once more and immediately bought 393 of the 400 shares of the General Estate and Orphan Chamber in 1952. Not long after this, a separation of entities was announced and the Syfrets Trust Company was divided into ER Syfrets and Company and Syfrets Trust. Syfrets Trust, being part of our historical collective, announced that its first point of presence in Johannesburg would be opened in 1959.

In 1968 Syfrets merged with the South African Association for the Administration and Settlement of Estates (then the world’s oldest still-operating trust) to form Syfrets South Africa. In August 1969 Syfrets listed on the JSE, with a total company capital of R15 million. This listing sparked further ongoing success for Syfrets and the entity was soon joined by Union Acceptances Limited in 1973.

In 1985 Syfrets launched its Syfrets Managed Assets Division, which dealt with large-scale institutional investments. In 1986 the Syfrets Participation Mortgage Bond Scheme reached the R1 billion mark – the first company in South Africa at the time to do so.

In 1989 Syfrets South Africa become a fully owned subsidiary of Nedbank Limited and changed its name to Syfrets Group Limited.

The year 1882 saw the opening of the Stellenbossche Distriksbank by means of a gazetted Act of Parliament. The bank was established with the aim to preserve Stellenbosch culture and operate as a family bank within the community. The bank was founded with an initial shareholding of 1 000 shares, at £15 each. The Act declared that the bank would have five directors, on the condition that each one must own more than 10 shares. By 1883 the first set of payment promisals were printed for circulation, with a total of 800 promisals of varying values.

Tragedy struck in 1886 when a phylloxera plague invested vineyards in Stellenbosch, which caused many of the wine farms (the bank’s primary clientele) to close production and their farms for good. This led to a drastic decrease in cash flow to the bank, as farmers were withdrawing all their savings. In 1911 the bank was totally emptied in a robbery – all notes, gold and silver, which amounted £3 246,15, were stolen. This is the only record in the archive of such an event where a bank has been emptied in a robbery.

The year 1920 saw the bank’s first step towards ‘automation’ with the purchase of its first typewriter – for £35. In 1947 the bank’s proposal to the Reserve Bank to be registered as a commercial bank was accepted.

The last 30 years of the Stellenbossche Distriksbank was a time of progressive changes – in 1970 there was a merger with Boland Bank and Vogdy Bank.

Nearly a decade later, in 1979, the Stellenbossche Distriksbank had become a fully owned subsidiary of Boland Bank and was renamed to the Distriksbank in 1981. The entity merged into the Nedcor Group in 2003.

On 7 February 1856, the 30 founding members of the General Estate and Orphan Chambers (the Chambers) met at 28 Adderley Street in Cape Town and established the trust company. The Chambers were a formalisation and extension of the old Dutch Weeshere (which means 'Orphan Masters') which saw to the custody and administration of funds and estates belonging to orphans, widows and persons under tutelage. The Chambers were signed into existence as an Act of Parliament, which is still in effect today.

On 4 March 1856, less than a month later, the deposits made to the company were an incredible £280. The company soon took up a business residence in Adderley Street and opened its official business banking accounts with both the Union Bank and the Cape Commercial Bank (so as to avoid allegations of favouritism, it seems). 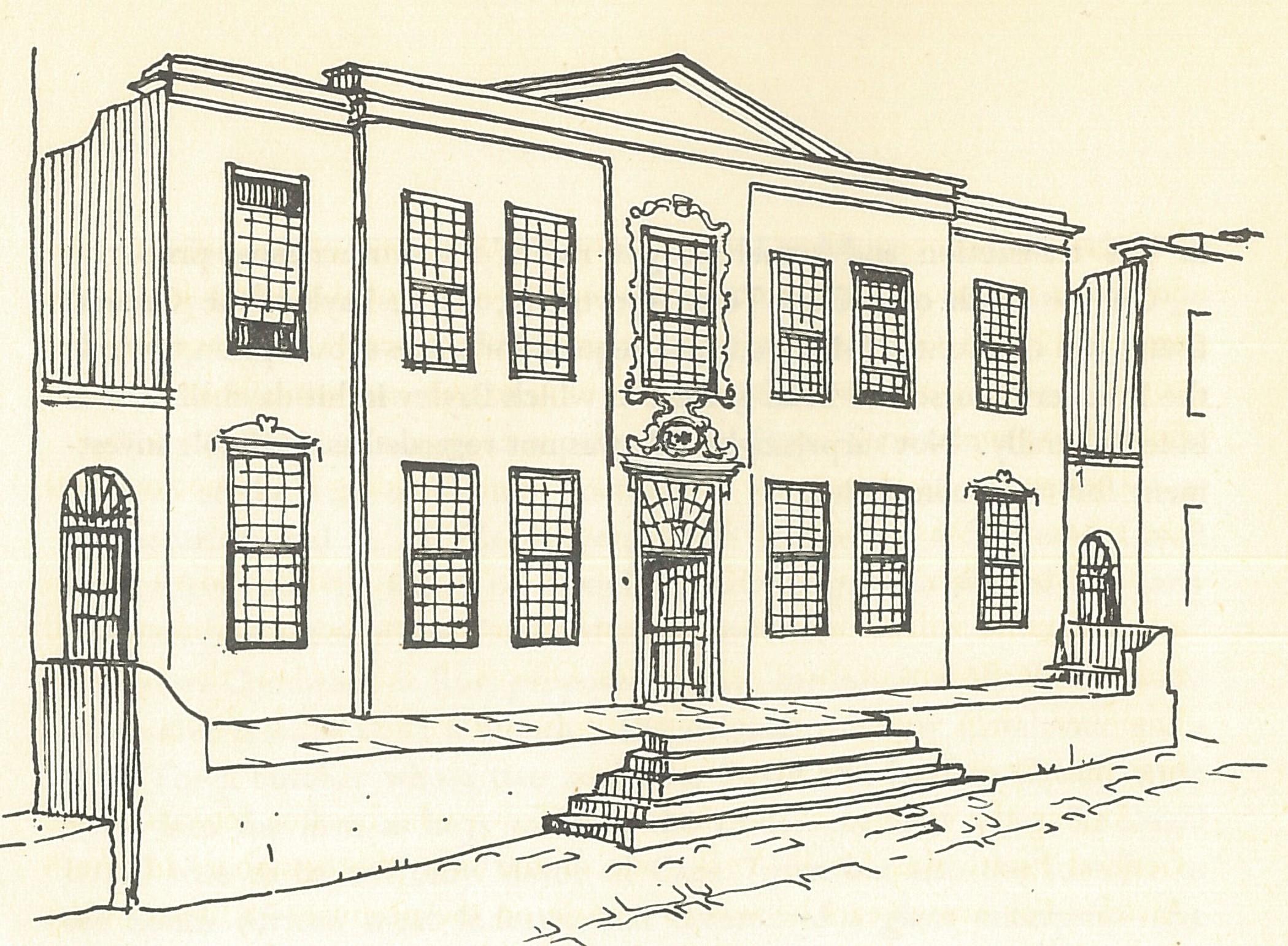 By 27 March, the Master of the Supreme Court handed the trust its first insolvent estate to administer and so began the official business of The Chambers. By the following year, The Chambers moved to a larger premises in Adderley Street. In not needing as much space as they had then, they opened some of the rooms for rent by other businesses, such as the offices of Scott Tucker, an engineer for the state; F York, one of South Africa’s first photographers; the legal offices of Advocate Barry, as well as an astronomer, Sir Thomas Maclear, who was conducting South Africa’s first trigonometrical survey.

By 1860 the host of institutions active at the time in the Cape Colony (many of these are entities that have merged into the Nedbank Historical collective) had regular dealings among themselves; the Chamber, Syfrets and Board of Executors (BoE) serving as worthy contemporaries.

By 1870 the Chamber had expanded its business out of the Cape Colony to the Orange Free State, by conducting business to the sum of a few thousand pounds with local farmers and miners in the area. Its presence in the area was at perfect timing, with the discovery of the goldfields in the Witwatersrand soon thereafter in 1886. 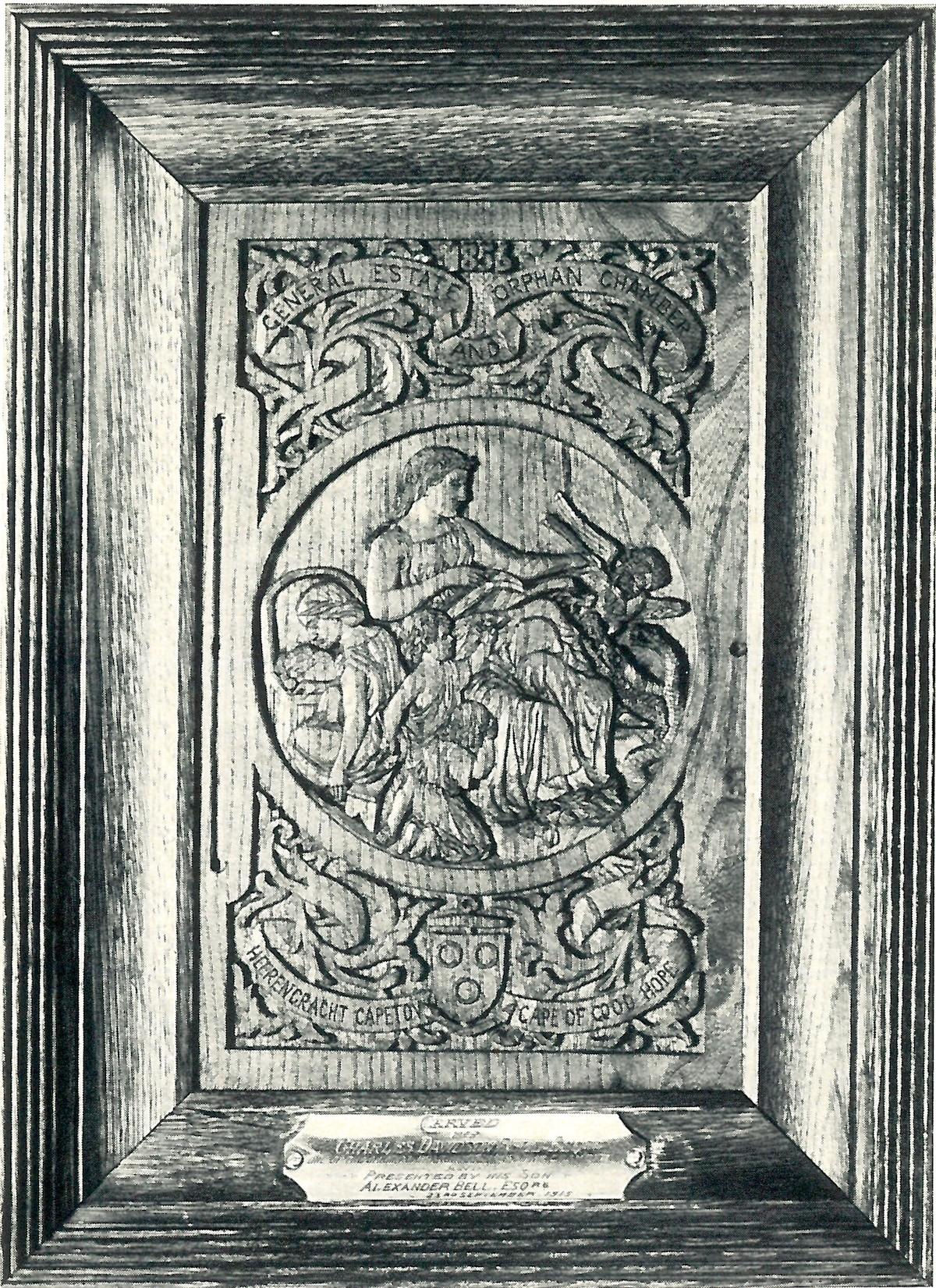 The following year saw an unforeseen ripple in the South African economy with the mysterious closure of the (original) Cape of Good Hope Bank and the loss of nearly £1 000 000. However, The Chambers was able to step in and help those who had suffered financial losses during the collapse of the once proud entity.

By 1906 the Chambers had grown in all strengths and was the spearheading figure of a novel moment in South African history whereby all active trust companies at the time joined forces to build the Cape Supreme Court in Victoria Street, Cape Town.

Alexander Andreou currently serves as the Heritage and Arts Manager in the Corporate Real Estate Centre of Excellence at Nedbank Group Ltd. In this role he ensures the best practice, risk mitigation and industry and legislative standards for the bank’s heritage resources (both owned and associated with), as well as the tangible and intangible conservation of these resources. The bank’s expansive art collection is also under his portfolio and management. Before joining Nedbank in 2016, his field of work spanned a tenure as Museum Cultural Officer, amidst other roles, at the University of Pretoria Museums.

He completed his MPhil in Conservation of the Built Environment at the University of Cape Town in 2021. The research (All That Glitters is not Gold: authenticity and historical accuracy in representations of Mapungubwe, Andreou 2021) focussed on addressing the concept of authenticity and accuracy in the archaeological praxis, while challenging the Eurocentricity of Archaeology as a discipline, with Mapungubwe as a case study. His undergraduate is in Archaeology and Ancient Cultures from the University of Pretoria in 2013 where he later completed his post-graduate in Heritage and Museum Studies in 2015.  He has also completed courses in Museology and Heritage Conservation through the University of Stellenbosch in 2016.

He is currently underway with his PhD in Development Studies at the University of Pretoria, focussing on an interdisciplinary study bridging the worlds of architecture, public histories and economics.