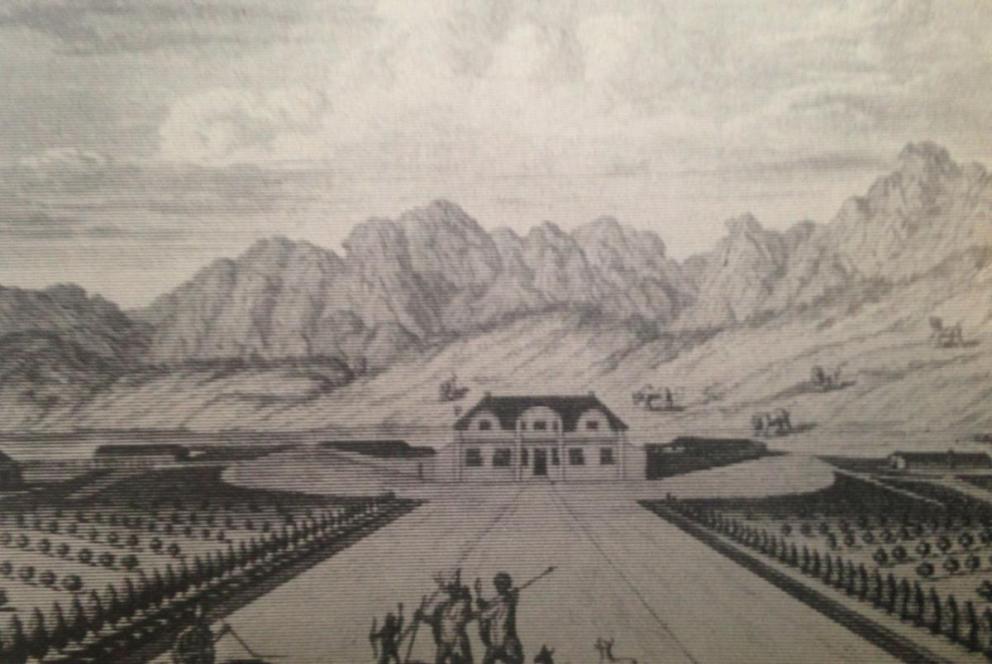 In 1994 Wilma De Bruin, editor of Restorica, compiled an extraordinary article on the history of the Vergelegen Estate with the title 'Vergelegen: a perfect blend of past and present'. We have transformed this piece into a special series. After a brief introduction, part one looks at the first two centuries at Vergelegen and then tracks the estate’s decline in the early 20th Century under the ownership of Samuel Kerr. Thank you to the University of Pretoria and the Heritage Association of South Africa (previously the Simon van der Stel Foundation) for giving us permission to publish.

When governor Willem Adriaan van der Stel established his residence in the Cape in 1700, he named it Vergelegen (literally “Far Away”). And with good reason: It was situated a full day’s ride from Cape Town, which, at the close of the 17th century, was little more than a refreshment station for the VOC ships en route to the Far East.

The reason for this remote setting at the foot of the Hottentots Holland mountains for his 400 morgen estate, is self evident: It was, as indeed it still remains, one of the loveliest of the Cape Valleys.

Its scenic splendour has not diminished with the passage of time - even though Vergelegen is now little more than a 30 minute drive from Cape Town. Today, majestic camphor trees (now national monuments), the ruins of a mill on the banks of the Lourens River, and the famous octagonal garden still bear testimony to the former gubernatorial estate.

Vergelegen was purchased by Anglo American Farms (Amfarms) in 1987. As a result of the considerable investment in the estate by Amfarms, Vergelegen, with its beautifully restored house and octagonal winery, is once again a fully functional estate, commanding a presence at least as significant as it must have been in Van der Stel’s time and enticing some 50 000 visitors and tourists annually to experience its splendour. 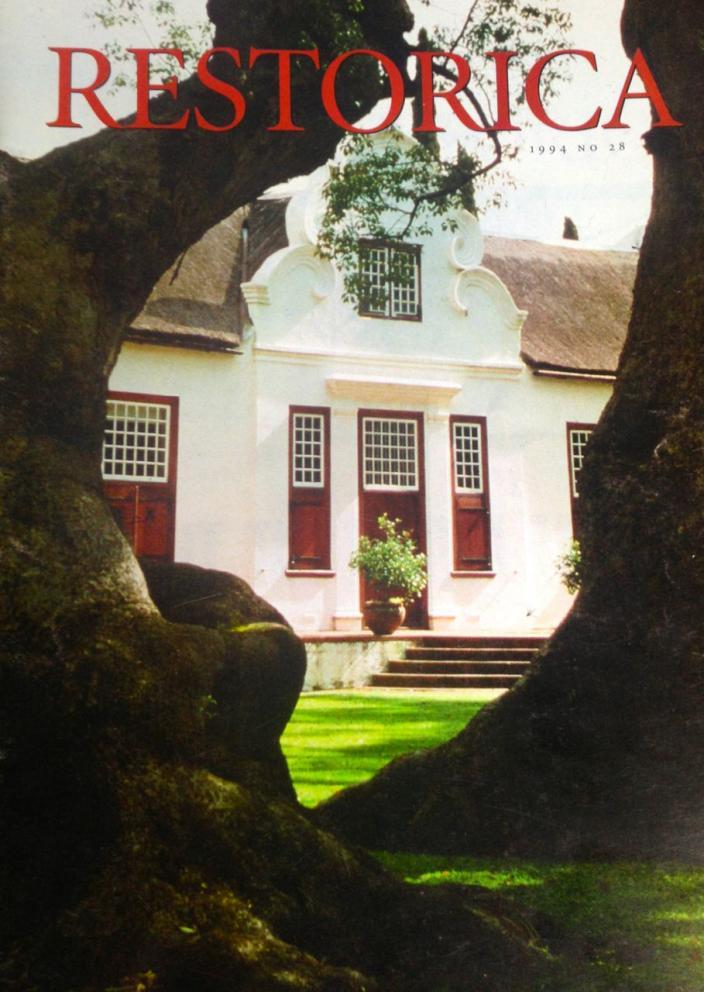 Vergelegen on the front cover of the 1994 edition of Restorica

It is perhaps the mystery which has always surrounded this magnificent homestead at Vergelegen which makes the house so fascinating. Described during its history as alternately ostentatious or desecrated and dilapidated, the homestead has undergone many changes since it was originally built by Simon van der Stel who founded the famous Groot Constantia estate in the Cape (click for additional details on the founding of Groot Constantia).

Granted to Willem Adriaan by Deed of Grant, signed by visiting Commissioner Valckenier on 1 February 1700, the estate and its buildings have been a source of great interest since that time.

The younger van der Stel was a man of divergent interests and besides building the beautiful homestead, a corn mill and other subsidiary buildings, he transformed the uncultivated land into a veritable paradise. He planted vines and, after six years, had half a million vine stocks; he laid out fruit orchards and orange groves; he planted camphors and oaks; he established eighteen cattle stations with 1000 cattle and 1800 sheep. He made reservoirs, dug irrigation canals and controlled the Lourens River.

In one of the earliest known descriptions of the house, in 1705 the Reverend Francois Valentijn commented “… I viewed this lovely homestead, around which was an eight-sided, ornamental, high and thick wall against the wild beasts. I found the gallery in the centre 80 feet long and 6 wide…This lovely and unusually pleasant gallery was very airy and high, and on each side of it were 4 lovely rooms, and close to them on each side another 4, very neatly furnished, worthy to have been preserved forever because of their beauty and the great amount spent on them…”

Willem Adriaan was, however, in bitter dispute with Adam Tas and other Free Burghers. Finally his enemies triumphed and the directors of the Dutch East India Company, in a letter dated 30 October 1706, ignominiously dismissed him and ordered him to return to the Netherlands.

Whatever the verdict of history may be, in personal terms Willem Adriaan was a genius. His knowledge as botanist, forester and horticulturist, the vision of his imagination and the scale on which he planned, contributed greatly to the agricultural development of the Cape.

Three years later, on the implicit instructions of the Company, Vergelegen was sold and divided into four separate farms. The “large dwelling house” was ordered to be demolished. It seems unlikely that the order for the demolition of the homestead was fully complied with, although the fact that much rubble is built into the walls of the old section of the house, is taken as evidence that a part, at least, was knocked down. Guarding the front entrance of the homestead to this day are five magnificent camphor trees planted by Willem Adriaan - these trees were declared a National Monument in 1942. An oak tree, presumably planted at the same time as the camphor trees, also still graces the estate. It is thought to be the oldest surviving specimen in South Africa.

The property was to pass through several owners before Rear-Admiral Stravorinus visited he estate in 1774 when he described the dwelling house as a handsome edifice, the front of which faced east. This is yet another enigma in the changing face of Vergelegen’s homestead, as the current front entrance is from the west side where the magnificent camphor trees are planted.

The Theunissen family who owned the estate for more than a century from 1798 to 1899 by passing it from father to son, ensured that the vineyards flourished. In 1816 they built a new cellar which now houses the library. During their family's tenure the house had probably already acquired its present front gable, although the first Theunissen is credited with remoulding the end gables.

A period of decline

However, with its transference to Mr Samuel Kerr in 1901 the estate and the homestead in particular, entered a period of sad decline. While the extensive Kerr family led a busy social and outdoor life and Vergelegen became known for its parties and picnics, the modernisation which Samuel Kerr carried out on the house came close to vandalisation. The old front windows of 60 panes of glass set in teak wood were replaced by plate glass and painted deal frames.

The original teak door was removed and a painted door installed and modern concrete steps replaced the old stone ones. Not only did he demolish walls outside the house but he also removed the magnificent teak and yellow-wood screen which divided the ‘voor’ - and ‘agterkamer’.

Dorothea Fairbridge, author of several books on the Cape, summed up the Kerr alterations like this: “Down deep aisles of stately trees you drive to staring iron gates - gates painted white picked out with green; gates that would be appropriate enough to a modern villa in a suburb of Birmingham, or a factory at Salt River, or a garden in Jeppestown: they are new and spick-and-span and expensive.”

To be continued... click here to read Part Two