Heritage Heist - The mystery and intrigue behind Yukon's missing windows 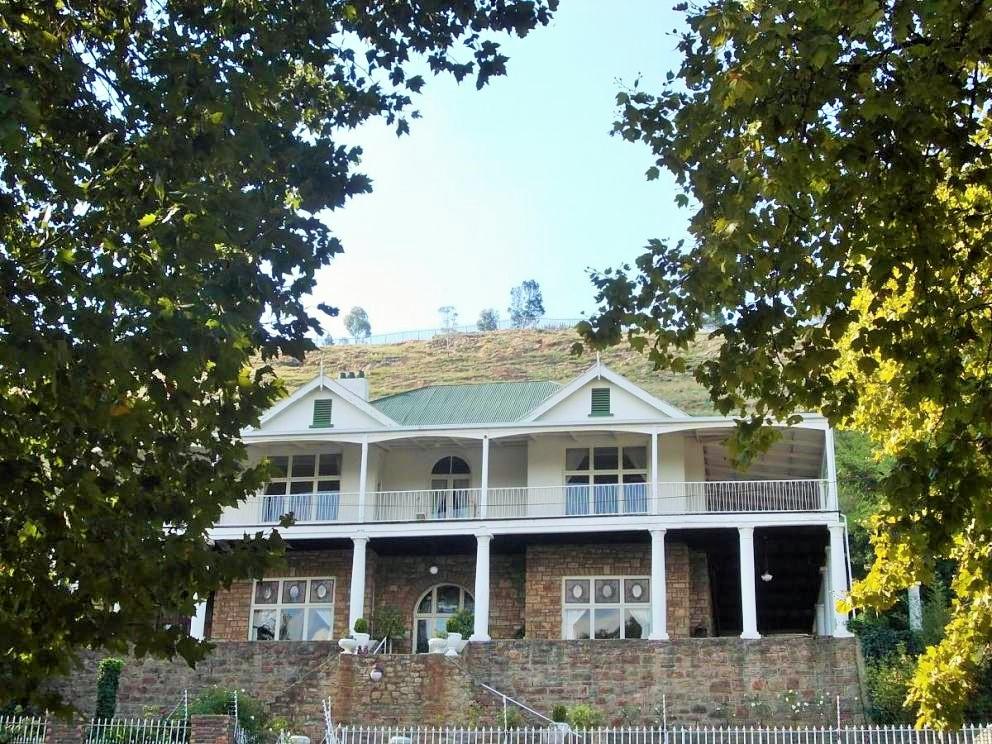 [Intro originally published in March 2013] A few weeks ago we visited Yukon, the famous historic mansion in Bez Valley. The owners, Henry and Loretta, gave us an overview of the mystery and intrigue behind the disappearance of the house's hugely significant stained glass windows. It would be fantastic if we could find them and bring them home to South Africa. Below is a brilliant article from the Saturday Star (1993) that gives some background to the saga.

What has happened to the stunningly beautiful historic stained glass windows that disappeared from a national monument in Johannesburg? That's the mystery worrying the National Monuments Council, which has laid a charge of theft with the police. The windows are said to be worth R200 000.

The monument is a house in Bezuidenhout Valley, eastern Johannesburg, which dates back to the turn of the century and was once the residence of at least two mayors of the booming gold-mining town. The current owner, Michael Bloom, is offering R10 000 reward to anyone who can locate his windows which went missing five years ago. Bloom discovered in September last year that the precious windows of his legendary mansion, Yukon, had been stolen. Yukon is a large symmetrical, double-storey house and is built partially with stone from the koppie on which it rests. Although the exterior is imposing enough, the interior is of even greater importance. There are handsome floor tiles, fireplaces, wood panelling, a wooden staircase and interesting plaster mouldings. The pride of the house, however, were four huge stained glass windows, respectively titled Commerce, Justice, Industry and Agriculture.

The windows were manufactured in England and considered the finest of their kind. They were initially used in the first stock exchange building, before being moved to Yukon. The building of Yukon began in 1906 and was finished in 1911 for its first owner, Johannesburg mayor Tommy Allen. In 1930 Yukon was occupied by AS Holland who became mayor of Johannesburg during the 1940s. After Holland, the house was occupied by several people, until Angelo Avlonitis acquired the property in 1971. 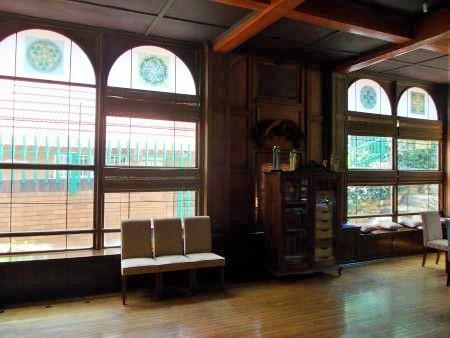 Where the windows once stood (The Heritage Portal)

In 1981 someone phoned the National Monuments Council to say that Avlonitis had offered to sell him the windows because he could not restore them. Avlonitis had no money to maintain the house. The council then made an offer to Avlonitis to declare the house a national monument, and he agreed. In terms of the law, the council acquired the right to supervise any alterations or changes, and paid for restorations. The law also prevented the owner from altering or demolishing any part of the structure. The windows were subsequently removed and replaced after they had been refurbished. That cost the Council R20 000.

In April last year, Bloom bought the house from Avlonitis. At that stage Avlonitis was financially desperate and felt that nobody cared about the area. Not being aware of the main attraction of Yukon, Bloom didn't realise that the windows were not there... "I only discovered after I'd read through the Council's files that the most prestigious asset of the property was missing", he said.

A former employee of the National Monuments Council, Flo Bird - an authority on historic buildings in the city - said the council viewed the situation in a very serious light. She said most owners of houses declared national monuments are very proud and don't want to alter the buildings in any way. It was illegal for Avlonitis to remove the windows without the Council's permission and the Council had laid a charge of theft with the police.

When the Saturday Star contacted Avlonitis in London, he admitted to having sold the windows to a Mr McKenzie of England. He said that when he bought the house, he turned it into a studio and the windows were damaged in 1993 after a photographic set collapsed on them. "At that time I had financial difficulties. I could not afford to restore the windows. I took them to England for repairs and was told they would cost me R15 000, which I did not have at that stage. I then decided to sell them. But I was too embarrassed to confront the National Monuments Council about that. Hence they didn't know what had happened to the windows," said Avlonitis. He added that if the Council wants compensation he is prepared to make a R10 000 donation to a charity of its choice.