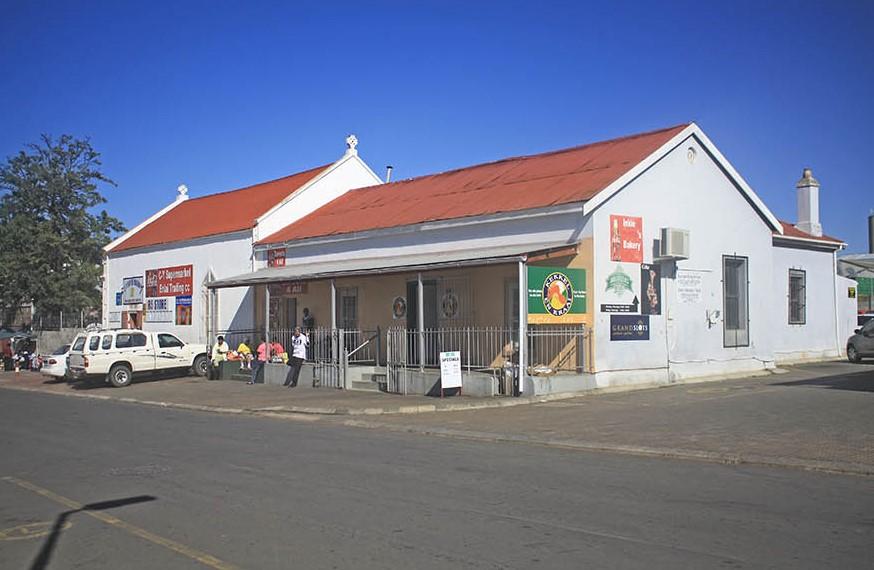 This group of structures still survives. But in what form? They came on my heritage radar more than a decade ago but I would like to review the situation now. Originally established as a mission church in the town, there was an attached pastorie, plus school building divided between boys and girls. In the grounds behind the group is one of the wells that helped sustain the early town.

Then came the infamous group areas act and forced removals - the coloured people who had made up the congregation were relocated to a section of the town called Wesbank. The church had lost its function and amongst subsequent owners was the Department of Community Development. Something of an irony.

A fascinating side story had developed over the years. In 1910 a new pulpit was purchased by the NG Church in Malmesbury, and the original was donated to the NG Mission Church. When in 1973 The ‘Calvynse Kerk’ sought a pulpit for their new church they approached the Department, which sold 80 pews, and the pulpit for the grand total of R50. The pulpit, however, is of historical value, dated 1795, and believed to be the work of renowned sculptor, Anton Anreith. The solid oak pulpit was transported in sections from Cape Town to Malmesbury by ox wagons in 1795, and inaugurated on 23 October of that year.

To return to the mission church. It later became a store for an agricultural company and although preservation was not part of their core focus, the windows were covered by security mesh, which helped save them. Overall, though, the complex deteriorated through lack of maintenance. 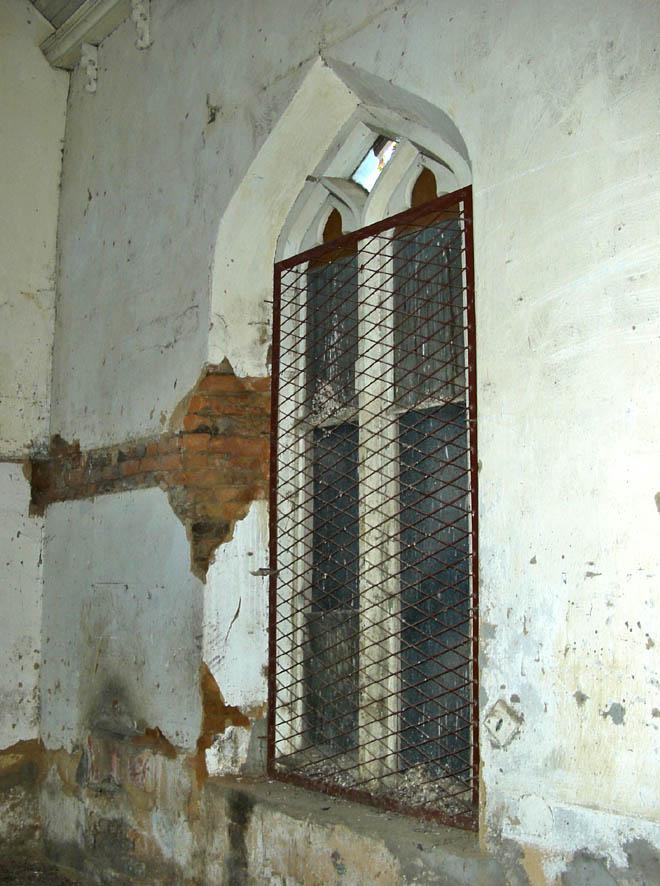 The structures then came into private hands; the owner wished to create a multi-denominational church, and sought advice on how to maintain such a valuable group of buildings. But then tragedy struck - during a wet winter one of the walls collapsed. 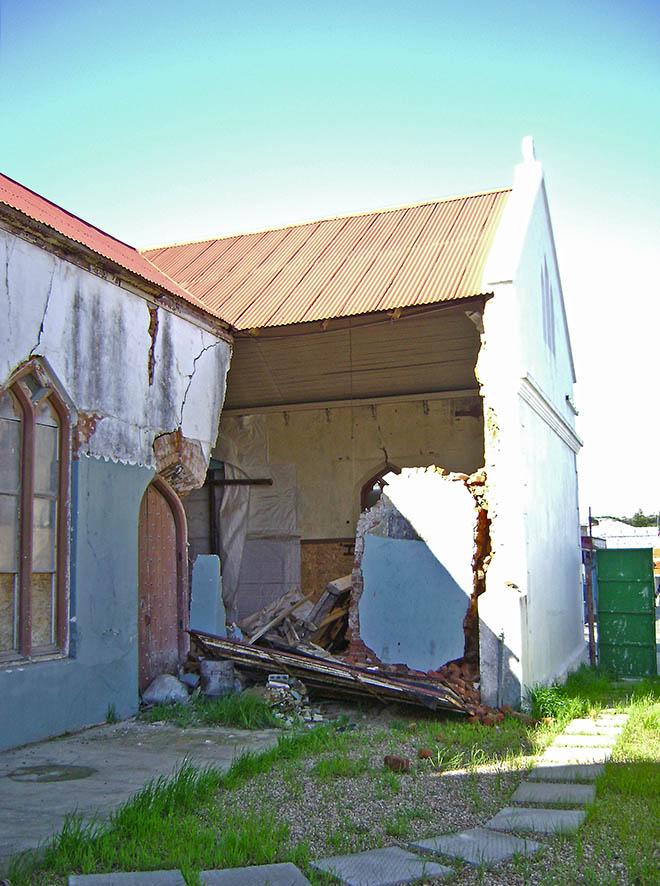 Short of capital the owner wished to make a temporary repair; the roof above the collapsed section was volatile and needed support, and the only material he could afford was cement blocks. Heritage Western Cape refused and the owner abandoned the project.

Now, in 2016 the group is utilised as low cost shops. Alongside is a new retail store built in a not at all sympathetic style to the original architecture.

I ponder whether the outcome is satisfactory? The structures are apparently better maintained, but what of their cultural value? Adaptability has to be a motivation in contemporary heritage, but with the loss of original function in this case, what actually has been retained?

Take a look at the photographs below and feel free to share your thoughts. 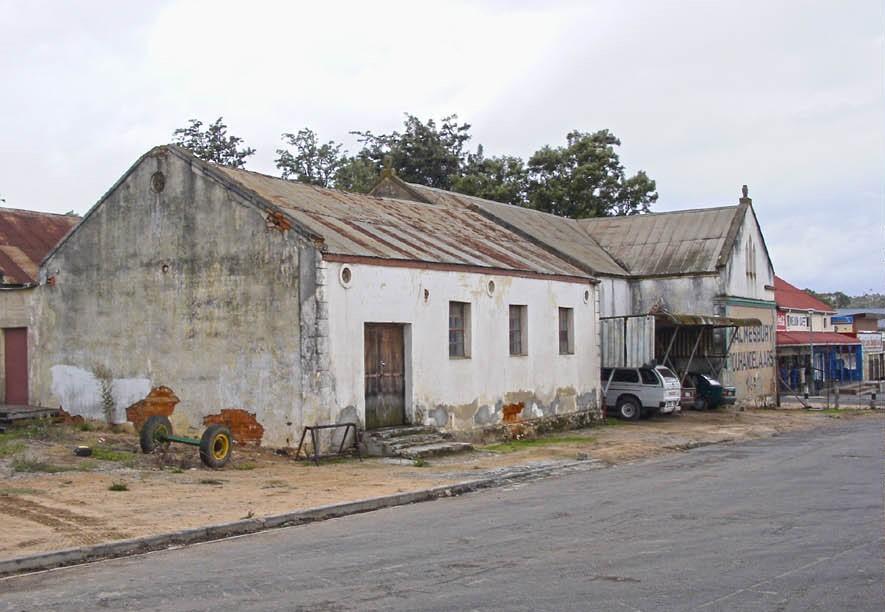 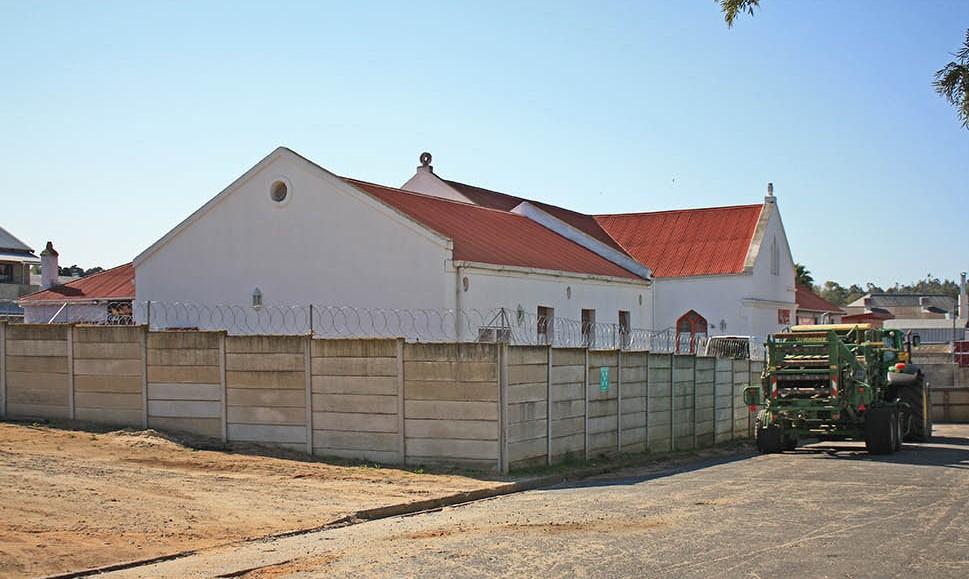 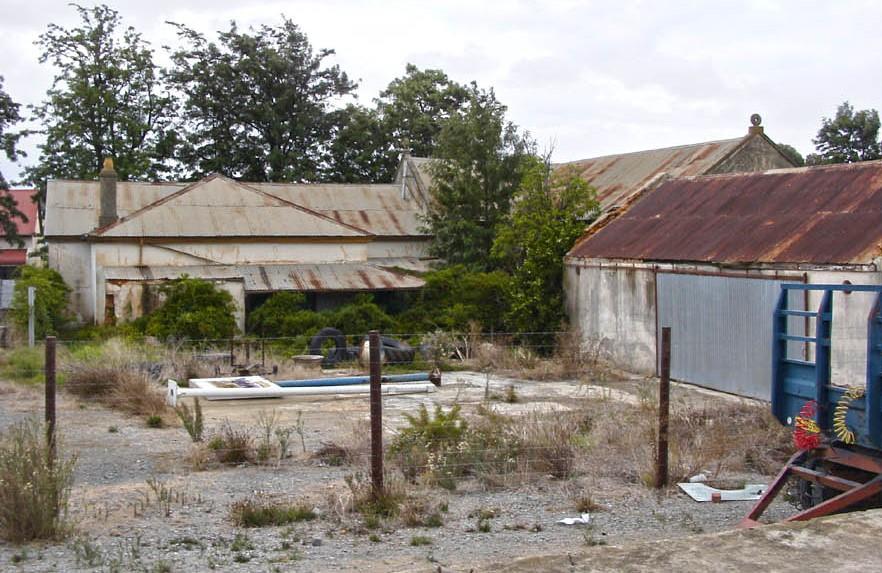 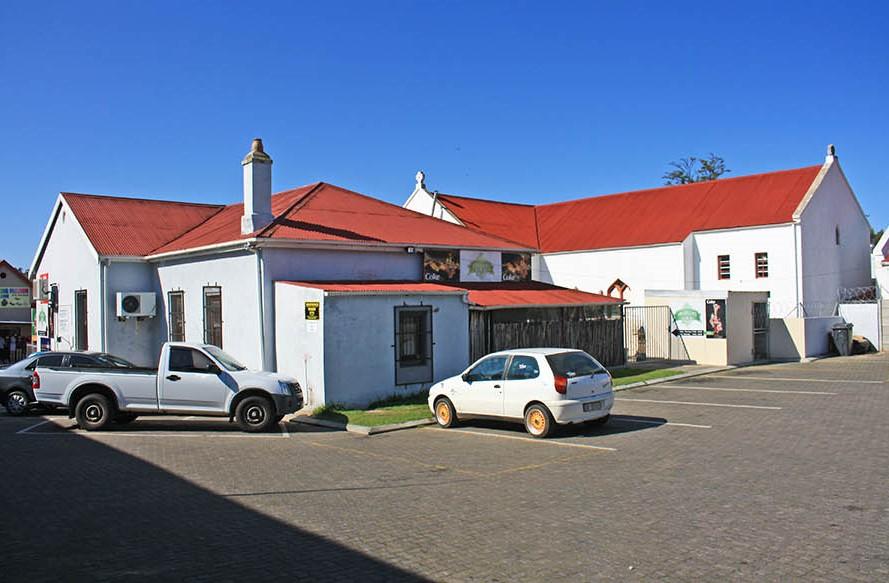 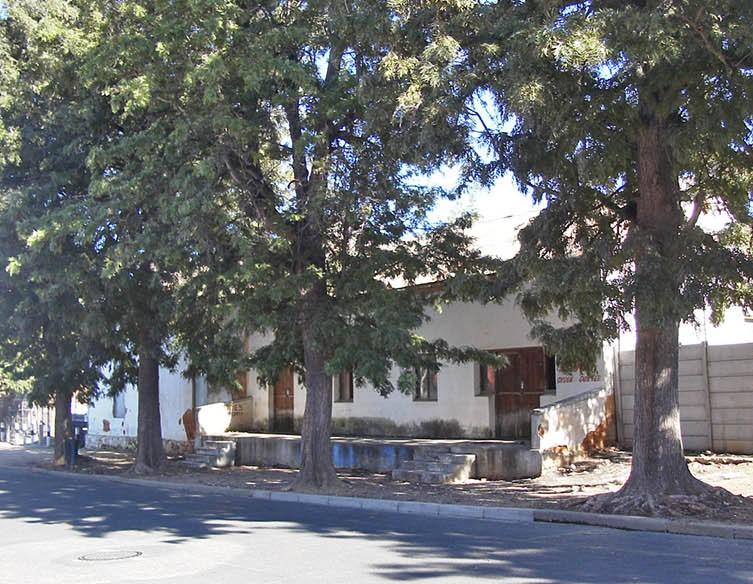