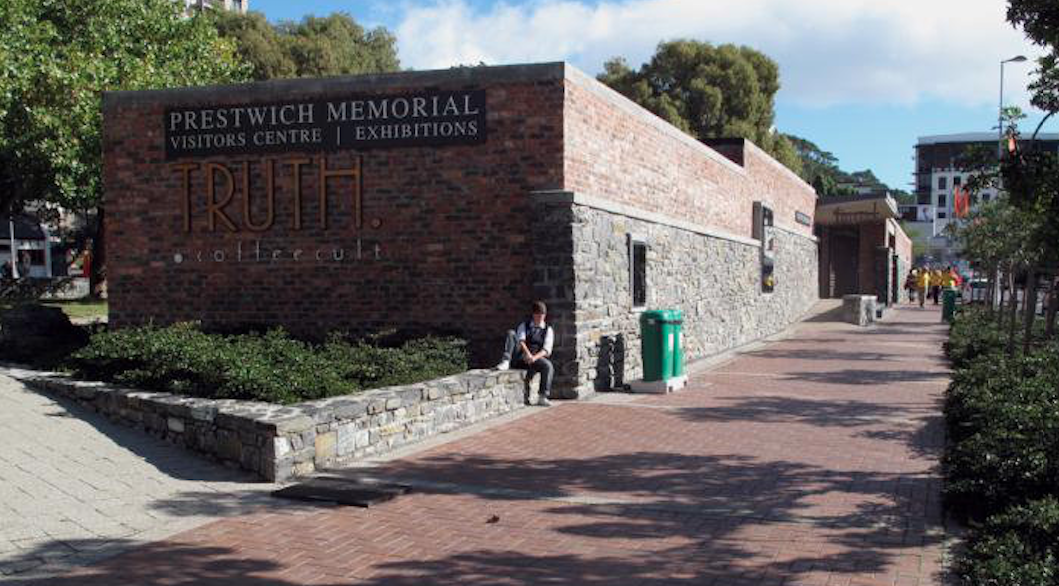 In the article below, journalist and heritage enthusiast Lucille Davie reveals the fascinating story behind the Prestwich Memorial in Cape Town. The article was first published on the Media Club South Africa website on 30 September 2013. Click here to view more of Davie's work.

Sometimes new developments can lead to more than just creating fresh spaces. During excavations for a new residential block in Cape Town, old bones were uncovered, the unmarked graves of slaves dating from the 17th and 18th centuries.

The modern story goes back to 2003, when construction began for a new luxury apartment block in Prestwich Street, Green Point. The bulldozers soon unearthed the bones, and excavation was halted. Archaeologists from the University of Cape Town were called in, as prescribed by the National Heritage Resources Act.

The remains were exhumed and taken to the mortuary at the Woodstock Day Hospital. Decisions had to be made regarding what would be done with them, as human remains are always a sensitive issue. Descendants need to be consulted, and reburial is sometimes a contentious point.

This story ended with the opening of the Prestwich Memorial, on the corner of Buitengracht Street and Somerset Road, in 2008. The single-storey building is finished in grey Robben Island slate. It makes a striking statement, built next to the first Presbyterian Church in the country, completed in 1828. It was the first church to allow freed slaves through its doors, after slavery was abolished in 1838 in South Africa. 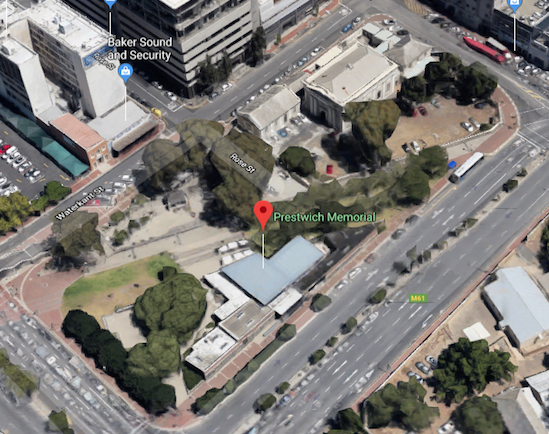 "Prestwich Place in Green Point in Cape Town has long been a subject of class and racial conflict in the Western Cape," writes Xolelwa Kashe-Katiya, the deputy director of the Archival Platform, a network and advocacy research group. During the 17th and 18th centuries it was a Dutch Reformed cemetery, and some 2 000 unmarked graves suggest it was also used for the burials of slaves, sailors, poor people, and indigenous Khoi.

Several lobby groups went to court to preserve the construction site as a memorial for the dead, but the developers won their case, and construction continued. In the meantime, the City of Cape Town approved a site a few blocks away, where an ossuary and a visitors' centre were built. Kashe-Katiya described it as "yet another victory for development", but she said too that the heritage sector "was also satisfied that for the first time in South Africa, memorialisation in the form of an ossuary was achieved in the case of the Prestwich Place human remains".

The building consists of a large entrance room with story boards explaining the background to the find, giving a historical perspective to the remains. Off to one side is the ossuary, where over 2 500 boxes line rows and rows of shelves. It is closed to the public except by appointment, but the rows of boxes containing the remains are visible through wooden slated doors.

The doorway to the ossuary is low, at just over a metre high. This was purposely done, says Fagmee Jacobs, the project co-ordinator of the memorial. "As a sign of respect for the dead, people have to bow down to enter the ossuary," he says.

"The memorial is to remind us of the people who have helped contribute to make the city of Cape Town what it is today," adds Kashe-Katiya. No analysis of the remains has been allowed. "Research was not allowed on the Prestwich Place human remains and as a result we cannot truthfully say who the individuals being remembered are or even who their descendants are most likely to be," she explains.

The "descendant communities don't want the bones to be examined", explains Jo-Anne Duggan, the director of the Archival Platform. It was noted, though, that in some cases teeth had been sharpened, suggesting that they were slaves from Africa. Duggan is at pains to explain that the remains are not displayed, as in a conventional museum, but are rather "stored".

Kashe-Katiya adds that the whole of Green Point is littered with human remains, as it was believed to be an extensive cemetery. In the 1960s, remains from marked graves were removed and reburied at the Maitland Cemetery, but she says it is likely that more remains will be uncovered. "It is very haunted, that landscape."

Similar sensitive reburial issues surfaced in Mapungubwe, where human remains were also uncovered. The Limpopo site dates back 1 000 years, where a society with a highly sophisticated trade network, trading gold and ivory with China, India and Egypt, flourished for 400 years. It is now a World Heritage Site.

Mapungubwe is probably the earliest known site in southern Africa where a class-based society existed. The king and his courtiers lived on the top of an isolated hilltop; they were ancestors of the Shona people of Zimbabwe. "There are deeply held cultural issues," explains Duggan.

The remains found in Mapungubwe have been reburied at the site, in titanium boxes to preserve them. Because the bones were not analysed, no one can claim they are direct descendants. This raises the question of what ceremony should be used when reburying the bones, says Duggan. In Mapungubwe, items found in the graves included gold jewellery, broken pots, and beadwork. The first researchers of these items glued the shards of pottery together again, not realising that they were purposely broken as part of a ritual, explains Duggan.

The bones of Sarah Baartman, a slave in Cape Town in the late 18th century, were finally laid to rest in the Eastern Cape in 2002, 187 years after she died. Baartman had been taken to London, where she was displayed as a "scientific curiosity". She had unusually large buttocks and genitals, and Europeans, arrogantly obsessed at the time with their superiority, and thus with others' inferiority – particularly black people – paid to see these "freak" exhibits.

Baartman's physical characteristics were not unusual for Khoisan women, although her features were larger than normal. But they were touted as "evidence" of this prejudice. She spent four years in London, before she was moved to Paris, where the round of degrading shows and exhibitions continued. Once the Parisians tired of the Baartman show, she was forced to turn to prostitution. She didn't last the ravages of a foreign culture and climate, or the further abuse of her body. She died in 1815, at the age of 25.

A plaster cast was made of her body, her skeleton was removed and her brain and genitals were displayed in bottles at the Musee de l'Homme in Paris. Some 160 years later they were still on display, but were finally removed from public view in 1974. In 1994, then president Nelson Mandela requested that her remains be brought home. Finally, in August 2002, her remains were returned and buried at Hankey, where she was born. 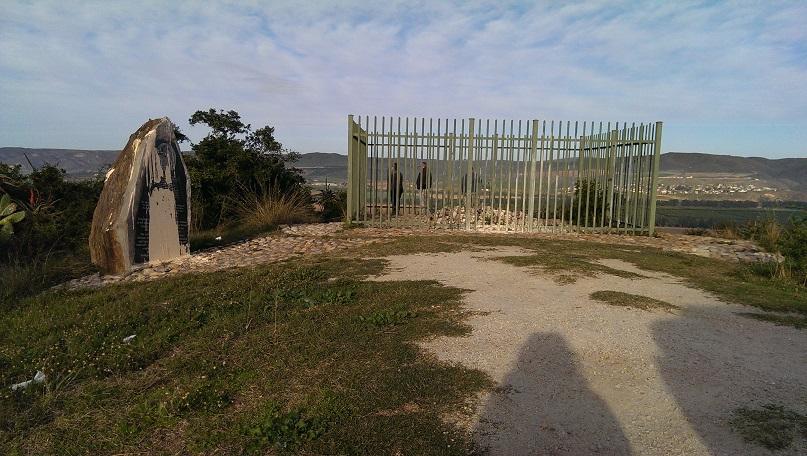 Another case had ended a few months earlier, in April 2002. The South African government repatriated the remains of a Khoisan couple, Klaas and Trooi Pienaar, from Austria, where they had been taken illegally 104 years ago.

In 1909, the couple died within a month of each other on a farm near Kuruman in the Northern Cape. Their bodies had barely been laid to rest when an Austrian anthropologist, Rudolf Poch, had them exhumed, placed in a barrel of salt, and taken to Europe so he could study them.

Many years later, their remains were tracked down to the Imperial Academy of Sciences, before they were moved to the Natural History Museum in Vienna. It took the South African government four years of negotiation before the remains were returned to the country.