Kathy Munro visits one of the top libraries in the world! 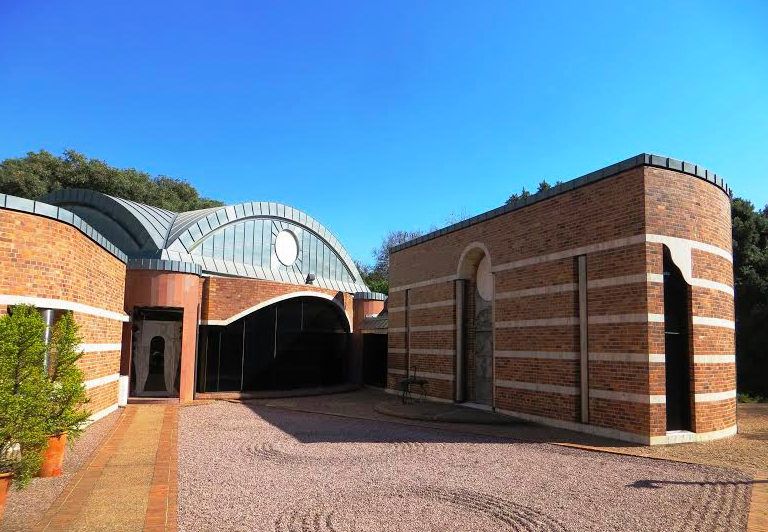 A visit to one of the top libraries of the world, the private Africana library of the Oppenheimer family, the Brenthurst Library (by appointment only) is more than a treat. For a bibliophile one feels as though one has had the happy experience of dying and being directed to heaven. Located off the M1, at the lower end of the grand Oppenheimer estate in Parktown, Johannesburg, this distinguished library is all a world class private library could possibly be from the tranquil garden setting to the treasured volumes viewed on fine, eye level, wooden, free standing bookcases. The subdued lighting from shaded green library lights at comfortable table is just right for reading. The attention to functional detail as well as the magnificent presentation of the collection of books, artworks and maps creates the perfect ambience of the ultimate gentleman's library. The comparison has to be with the JP Morgan library in New York or the Chester Beattie Library and Museum in Dublin. I visited the library this week and needed to pinch myself to decide I was still alive and be reminded that Johannesburg indeed has some hidden delights. 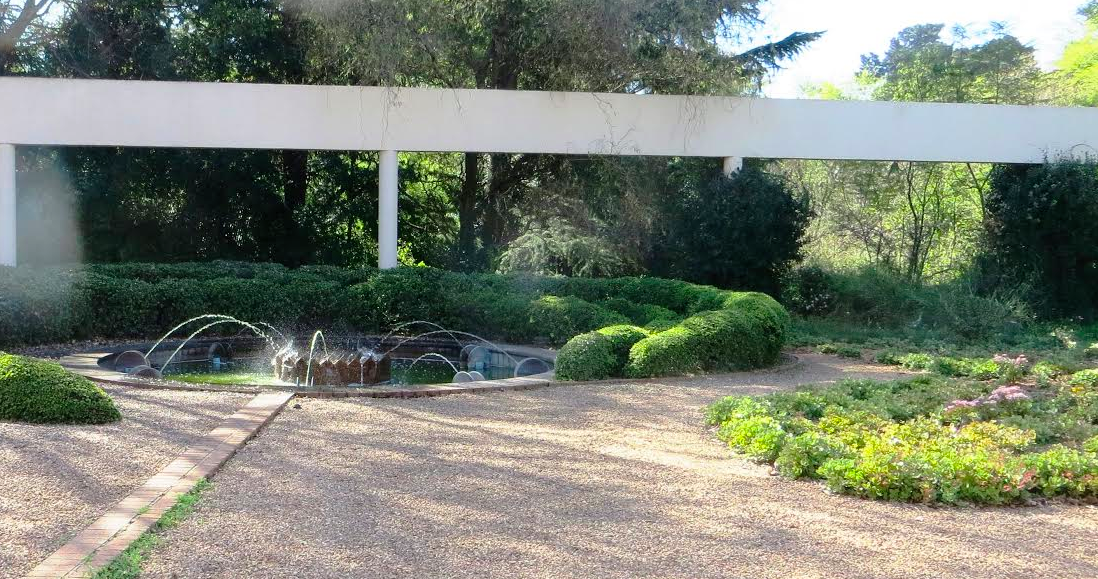 Scholars and researchers on areas of historical specialization of the library are welcomed, once credentials have been provided. There are security checks. Anyone working in fields such as mining history, Johannesburg history, South African history, cartographic history, South African military history will often find that rare, elusive book or manuscript right here. The library was originally created by Sir Ernest Oppenheimer, the founder of the Anglo American corporation and has all of the advantages of focused collecting for nearly a century. A wealthy gentleman collector at this level could set friends, agents, librarians to search for the best and the unique. Today the Library is still a family library but is also a South African heritage resource. 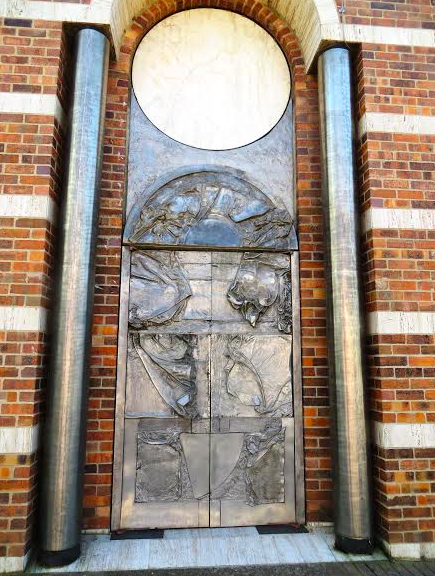 The ambience is ethereal and rarified, but the welcome by the three professional librarians, Sally, Jennifer and Imarie is welcoming and warm. The library is still actively collecting and acquiring fine and unusual manuscript items as well as relevant contemporary books within their fields of focus.

A special feature of the Library is their well put together bibliographic and art exhibitions. Themes of exhibitions often match a centenary or an event of note. Manuscripts, letters, artifacts, art works, books drawn from the Brenthurst collection are displayed with flair in the small exhibition room. Items of such rarity are displayed that one can happily spend an hour inspecting the treasures in just a single glass case. The principal exhibition room is crafted as a miniature gem.

Two exhibitions may be viewed at present: The Prisoners of War exhibition (coinciding with the centenary of the First World War) explores the lives of South African men and women who had the unhappy experience of being prisoners of war through conflicts from the frontier wars, to the Anglo Boer War, to the 20th century First and Second World Wars. I thoroughly enjoyed reading the facsimile copy of a hand written letter Winston Churchill left behind when he escaped from Boer hands in 1899, thanking his burgher captors for their kindness and hospitality. Equally absorbing is the history of the proud but sad, illiterate and embattled Zulu King, Cetshwayo KaMpande, exiled to the Cape after the Zulu War of 1879. One of my favourite books is Denys Reitz's Commando (a wonderful memoir about his Boer War experience), so it was exciting to see the original manuscript of this classic book handwritten in Dutch. Drawings, diaries, souvenirs of life as a prisoner of war make the experiences real and the microcosm of life as a prisoner of war adds texture and detail to the bigger political picture.

Prisoners of War Exhibition at Brenthurst.jpg 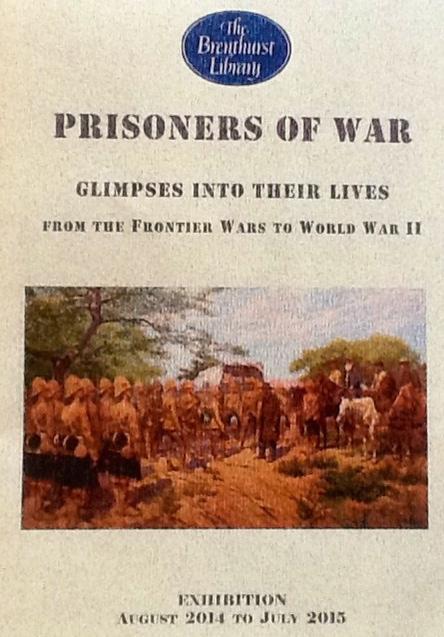 Prisoners of War Exhibition at the Brenthurst Library

The second exhibition is a display of the artworks of Frederick Timpson I'Ons, who documented frontier, hunting, political life and the daily life of both settler and tribespeople on the South African so called Eastern Frontier on the mid 19th century. The quality of the art works is uneven and the best are the water colours. Their value lies in the historical documentation of colonial and rural life. Most intriguing is the series called ""the Aquila Caricatures "" or ""the Stockenstrom cartoons"", (14 hand coloured lithographs) which were commissioned by two army men, (I'Ons was the artist), to vent their spleen and anger over the loss of their cattle raided from across the Great Fish River. Stockenstrom, as Lieutenant Governor would not allow the men to cross the river to recover their stolen cattle from the Xhosa, following the signing of a treaty. Stockenstrom is turned into a figure of fun and ridicule to a point of slander. These lithographs are rare. They encapsulate a lesson on frontier history.

Viewing of these exhibitions is by appointment only. Telephone 011 544 5400 or email info@brenthurst.co.za