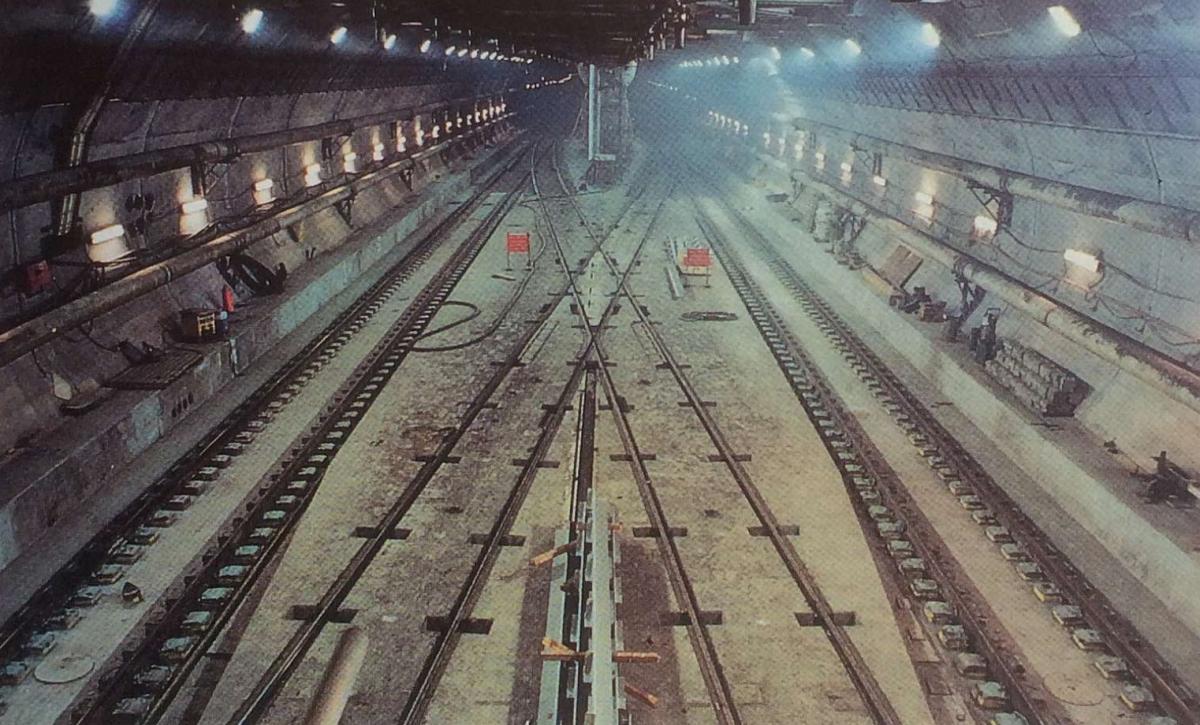 The Channel Tunnel, nicknamed the “Chunnel” is a 31 mile (50 km) long rail tunnel beneath the English Channel (La Manche) which provides a fixed link between England and France. It is geographically situated at the narrowest crossing – the Strait of Dover (Pas de Calais). The Chunnel has been operational since its official opening on the 6th May 1994 and is run by the company “Eurotunnel” – the concessionaire until 2086. 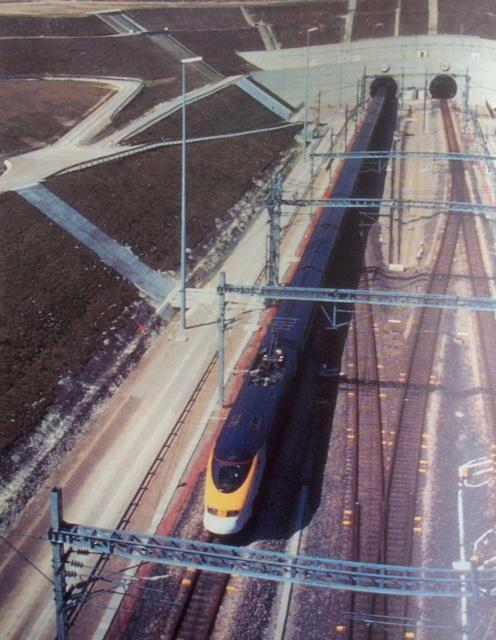 The idea of a Channel Tunnel was first mooted at the beginning of the 19th century, by a French engineer – Albert Mathieu-Favier and although Napoleon showed interest in his scheme, it was not practicable at the time and was put on the back burner. That was until the coming of the railway age when the idea resurfaced and focused the mind of a Victorian entrepreneur who was to be the last Railway King of England – Sir Edward Watkin. He had a vision of a high speed rail link between Manchester and Paris via a tunnel under the Channel and in 1881 he floated the Submarine Continental Railway Company to carry out investigations but soon found that he had competition in the form of the Channel Tunnel Company, both companies would soon merge under the banner of the latter. Tunnelling was in fact started using Beaumont’s boring machines powered by compressed air and operating from both sides of the Channel so as to meet in the middle, but it was soon stopped due to fears on the part of the British that an invasion would occur should the tunnel be completed. The hapless Sir Edward tried as he might to argue his case, even suggesting that a button could be pressed in Whitehall to set off explosive charges which would cause flooding in the tunnel to stay an attack, but it was all to no avail and it was not until 1955 that the British government changed its stance. It was obvious to all that after the Blitz of 1940 the “Moat” between England and France could no longer provide the safeguard against invasion.  Using the Game of Thrones analogy, castles were indefensible against attacks from dragons.

Beaumont boring machine as used in the 1880s - Eurotunnel Magazine.JPG 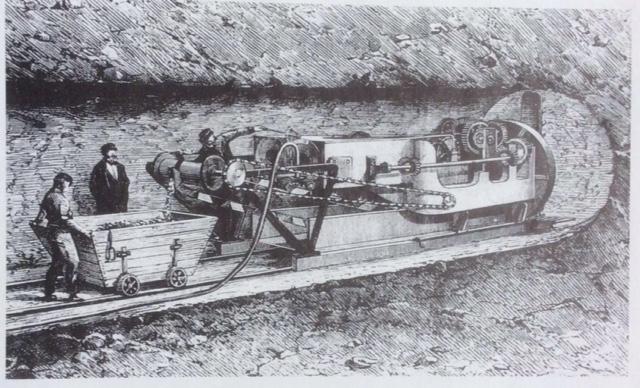 Beaumont boring machine as used in the 1880s (Eurotunnel Magazine)

After the Second World War the British and French were like the “Bickersons” - John and Blanche, who were always bickering and at odds with each other; not really surprising given their shared history over the previous millennium (since 1066 AD). The only thing they could agree upon was the cultural and economic benefits to be gained from having a fixed link between them. The impetus to start a tunnel was the United Kingdom’s (UK) admission into the European Economic Community (Common Market) on the 22nd January 1972 and by 1974 work had started in earnest on tunnelling from both sides of the Channel. However there was a change of government, brought about by industrial unrest in the UK, which was to have a major impact on the project. Labour under Harold Wilson was returned to power, with a mandate to control the Unions but with the economy ailing he was forced to unilaterally abandon the project, in order to cut government spending. It was later said that when Edward Heath fell from power the Channel Tunnel fell with him. Heath being the one term Conservative Prime Minister (from June 1970 to March 1974) who brought the UK into the Common Market. In June of 1975 the UK had a referendum on whether or not to stay in the Common Market, the result of which was 2 to 1 in favour of staying in.

Fortunately a decision was taken by those who had worked so hard on the scheme to keep the “Idea” alive and as a first step it was decided that the site of the English terminal, at Cheriton, near Folkestone, should be kept free from other development for the time when the project would be resurrected. They did not have long to wait as in 1979 the Conservative party was swept back into power with Margaret Thatcher becoming the first woman Prime Minister and she proclaimed that she would support a privately funded Channel Tunnel. 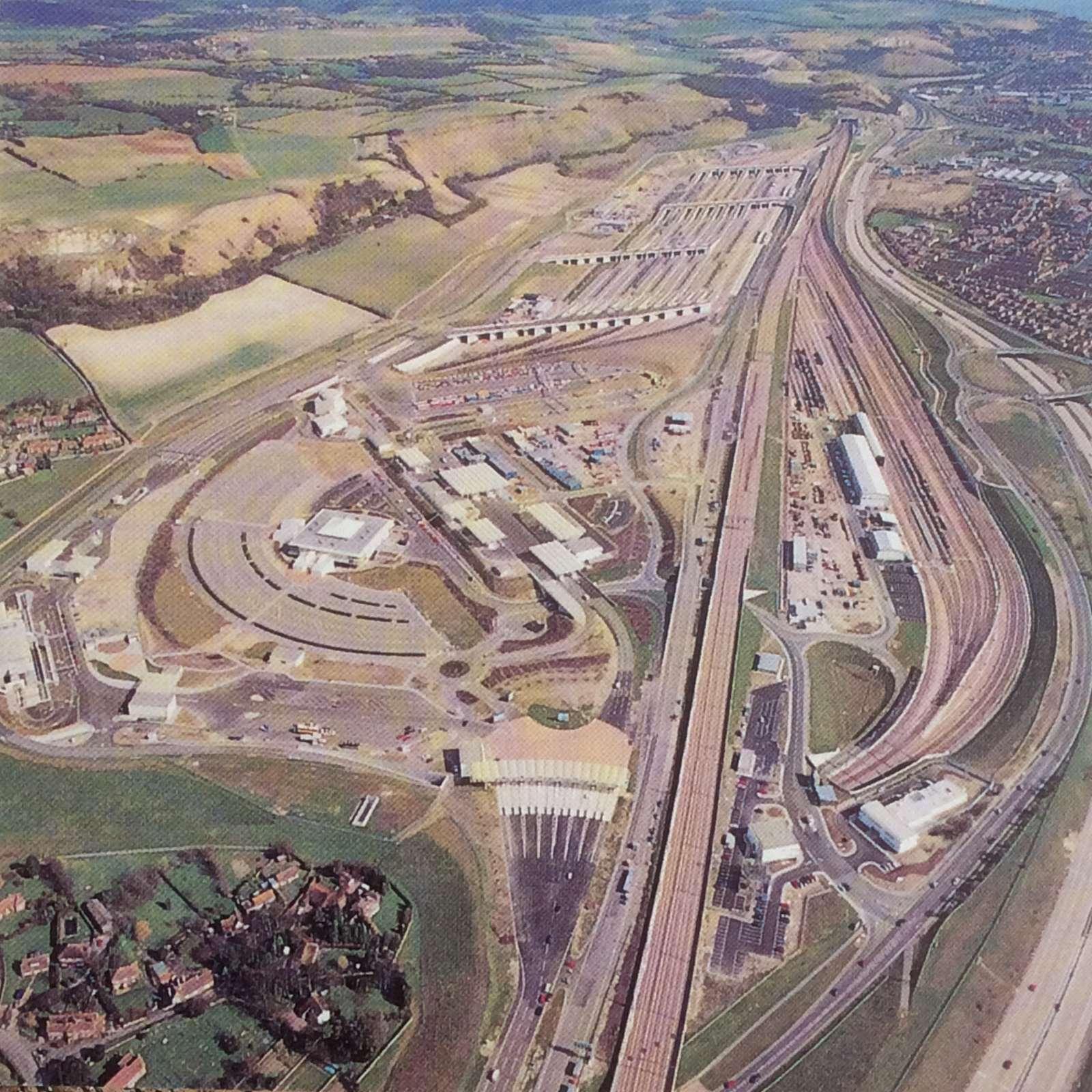 Although poles apart ideologically, Maggie Thatcher (a disciple of Milton Friedman’s free market) and the President of France, Francois Mitterrand (a Socialist), agreed on one thing and that was the feasibility of a Fixed Link between their two countries. Notwithstanding the Falklands War of 1982 (where the French had arms deals signed with the Argentineans) the two leaders worked together towards good relations. Mitterrand explained it paradoxically saying “There is a complicity between us which can only be explained by the difference in our beliefs” or maybe he was just a smooth talking Frenchman. Both were to have long tenures as leaders of their countries.

The Chunnel was back on the agenda but it would take until the 12th February 1986 for a formal Treaty to be signed – the Treaty of Canterbury, which took place in the sanctuary of the medieval cathedral, this paved the way for tunnelling to resume after a hiatus of 12 years.

Two Companies were contracted to do the work, one British and the other French, the Channel Tunnel Co. Ltd. and Trans Manche S.A. respectively. The work commenced in 1988 and the planned construction period was for 5 years, however there was an overrun of a year and it was officially opened to traffic on the 6th May 1994. Not only was there time overrun but there was a cost overrun the project came in at £4.65 billion; £2 billion over budget.

From a financial perspective the Channel Tunnel is considered to be failure. As the world’s most successful investor, Warren Buffet, put it “If you overpay for an asset, there ain’t no way back”. He may well have had the Chunnel in mind when he said it. Having begun their concession in debt “Eurotunnel” has always had financial difficulties to put it mildly.

However from a Civil Engineering and human achievement perspective the Channel Tunnel is a stupendous success, the American Society of Civil Engineers (ASCE) has honoured it as one of the Seven Wonders of the Modern World.

What has been written above is only an appetizer for those who are interested in delving into the mountain of information to be found on the Web and in Print.

Post Script: a famous remark made in 1858 by Henry John Temple – Lord Palmerston, the then British Prime Minister; he was presented with a scheme for a Channel Tunnel and his reply was abrupt “What! You pretend to ask us to contribute to a work the object of which is to shorten a distance we already find too short”. No doubt it resonated with Parliament both Whig and Tory.