Railway Modelling, a hobby that lasts a lifetime 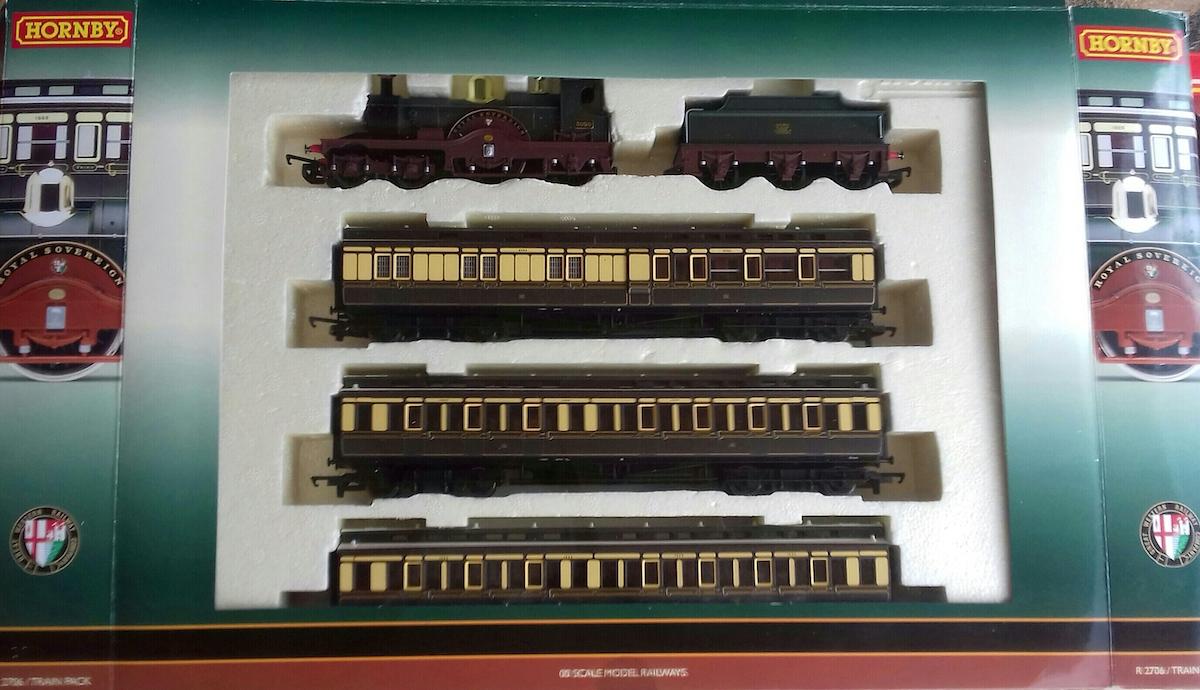 What do Rod Stewart, Elton John, Phil Collins, Jools Holland and Pete Waterman have in common? Before stating the obvious, just try and think of what shared interest other than music they could possibly have. Well it may be hard to believe but the fact remains they all share a love for model railways and have their own layouts.

Railway modelling or in American parlance model railroading, is a hobby that has had an enduring appeal for over 130 years and to define it one could say it is “the art of creating in miniature a replica of a full-size railway”. The term “Toy Train” to describe a model railway is demeaning as it does not do justice to the hobby, as the railway modeller is not only concerned with the engine and carriages (the train) but also with the other aspects of railway operation such as trackwork, signalling, stations, lineside structures and civil engineering works, all of course in miniature.

The first introduction to the hobby is usually when a child reaches the age of six and it is when he or she receives the “Big” present from “Father Christmas” – the “Train Set”, this being a boxed starter set containing all that is needed to run a train on an oval track, which after opening is laid out on the floor or on a table top. Dad is usually the more enthusiastic one and takes charge of the power controller, leaving the child wondering who the present was really meant for! From this beginning the eager child can build, little by little, his railway layout with the addition of more track and points (switches), rolling stock and buildings.

The first Train Sets were sold in the 1890’s and they were made by the German manufacturers, Bing and Marklin and together they would develop the first standard for railway modelling, to be known as O-Gauge with a track gauge of 1¼ inches (32mm), which would later be emulated by Ives and Lionel in the USA and by Bassett Lowke and Hornby in Britain. O-Gauge equated to a scale of 1:43.5 of full size (or 7mm to the foot) and it had no rival until HO (“Half O”) was introduced in 1922, when Bing introduced “the world’s smallest clockwork railway” with a track gauge of 16.5mm and a scale of 1:87 (or 3.5mm to the foot). Trix-Twin (of Germany) would market their HO electric train sets in 1935, and by 1938 Hornby (of Britain) had produced a range of clockwork and 3 rail electric (12 volt DC) train sets under the trade name of “Hornby-Dublo” (OO) to a scale of 1:76.2 (or 4mm to the foot) that could still be run on 16.5mm track. The anomaly of two modelling scales running on one track gauge would cause consternation amongst the purists (“rivet counters”) but this did not prevent the OO-Gauge from gaining popularity amongst hobbyists of the British railway scene. 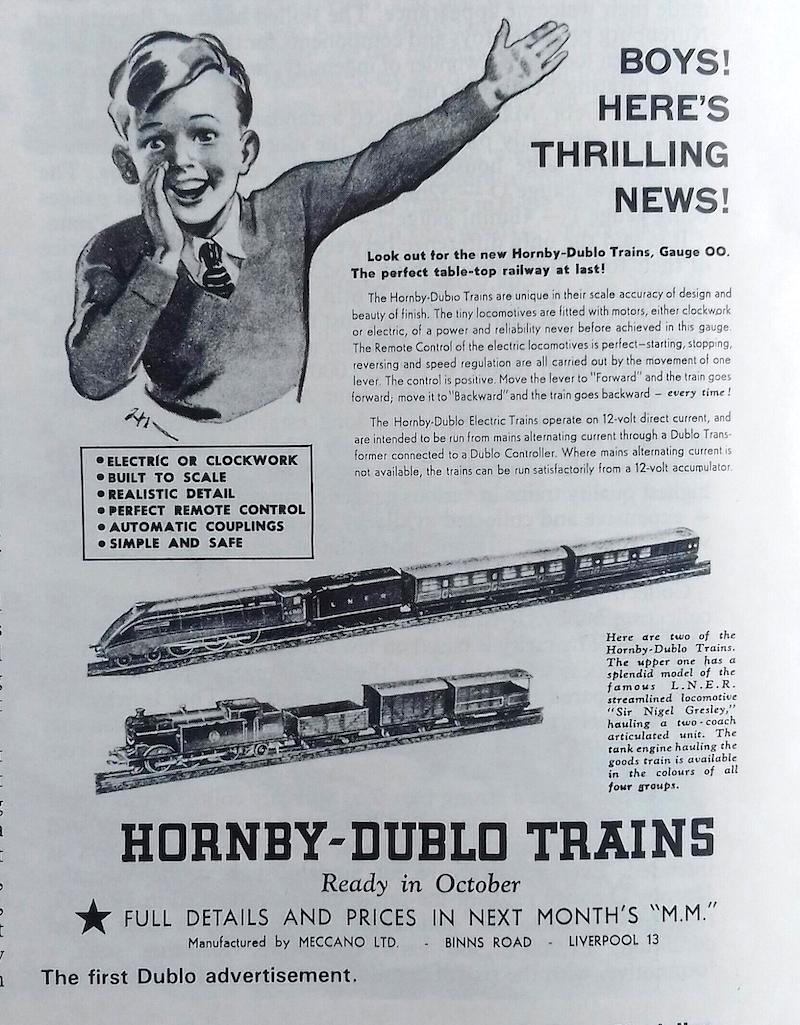 HO & OO have become the most popular scales in which to model a railway layout, but modellers are at liberty to choose other scales if they so wish that would better suit their circumstances. Lack of space is a major factor and many a modeller has turned his attention to N-Gauge, which has a scale of 1:160 (1:148 in Britain and formerly known as OOO) and has a track gauge of 9mm; being half the scale of HO/OO it thus takes up a quarter of the floor space in a room, e.g. a 3m x 2m base board in OO Gauge would become a 1.5m x 1m in N Gauge, for the same track layout. 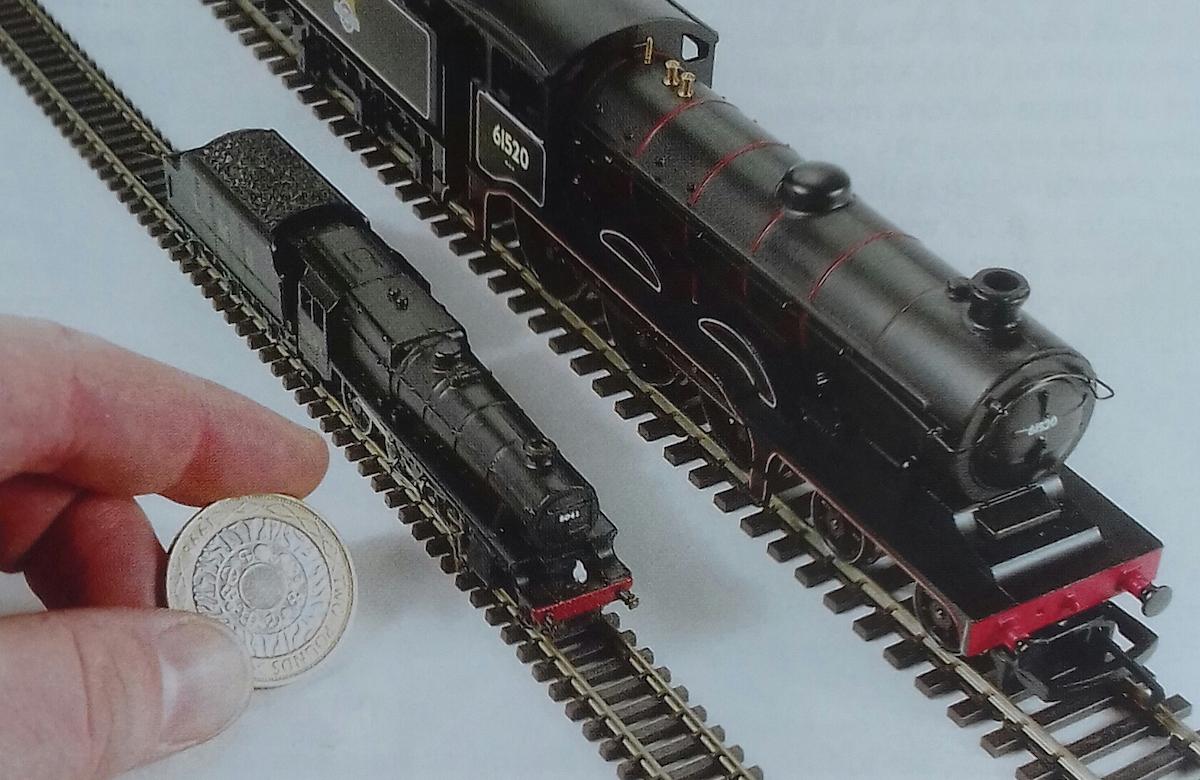 A comparison between OO and N gauges

For the “Would Be” railway modeller getting started can be a hurdle, but to make it easier to jump over one must decide at the outset what you can afford not only in financial terms but also in terms of time and space, these three factors will determine to a large extent the kind of model railway you will be able to create. The aim is to first build and then operate a working model, which should always be treated as a work in progress, therefore try not to be too ambitious in your plans as you may risk over reaching yourself. The third factor, space must be given special consideration with necessary allowances for future extensions, that is to say a simple layout to begin with can always be incorporated into a larger plan at a later date provided you have given it some forethought. Possible spaces that could be utilised to house a model railway are as follows: a loft conversion, a basement, a garage (single or double), a garden shed, a spare bedroom, a house extension, an outbuilding/studio or even a living area where a fold away baseboard such as a table tennis table could be a possibility. I even knew someone who drained his swimming pool in order to repurpose it for housing his layout!

Late for Supper Railway Cartoon - Off the Rails.jpg 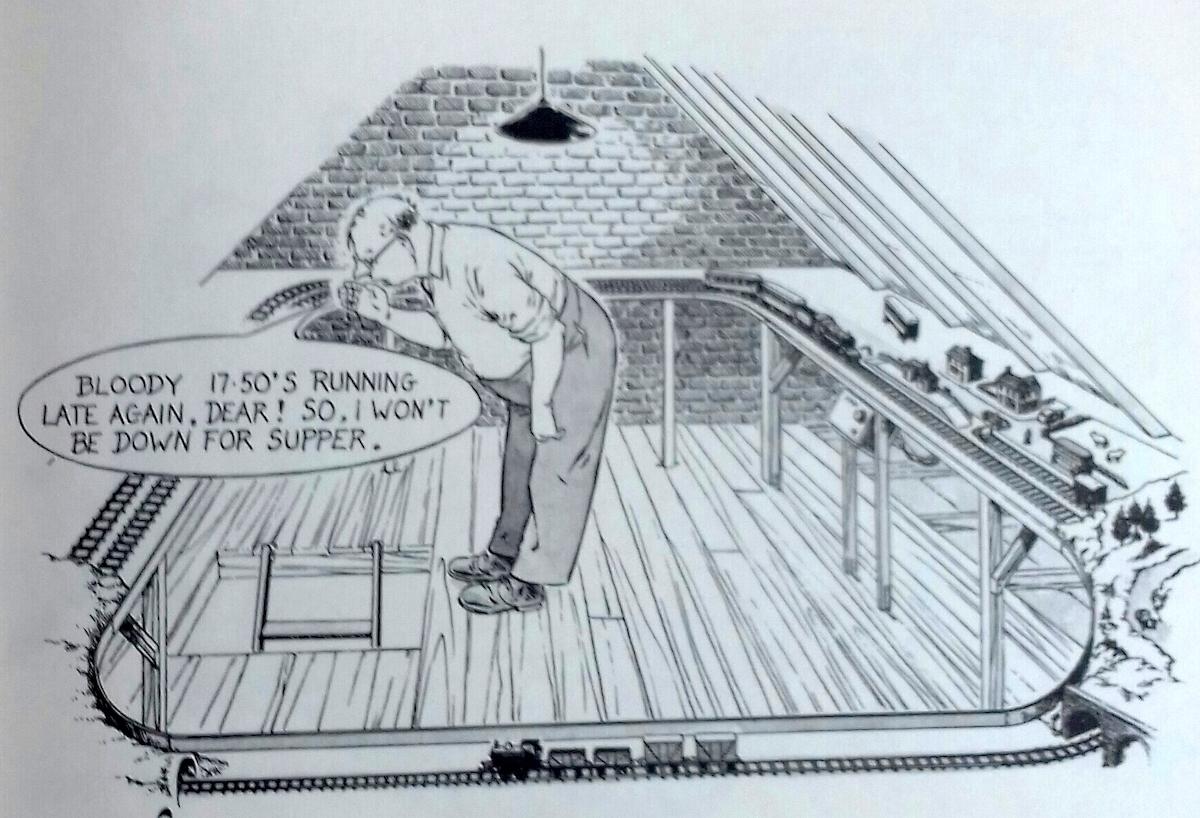 Kids in the attic playing with trains cartoon - Off the Rails.jpg 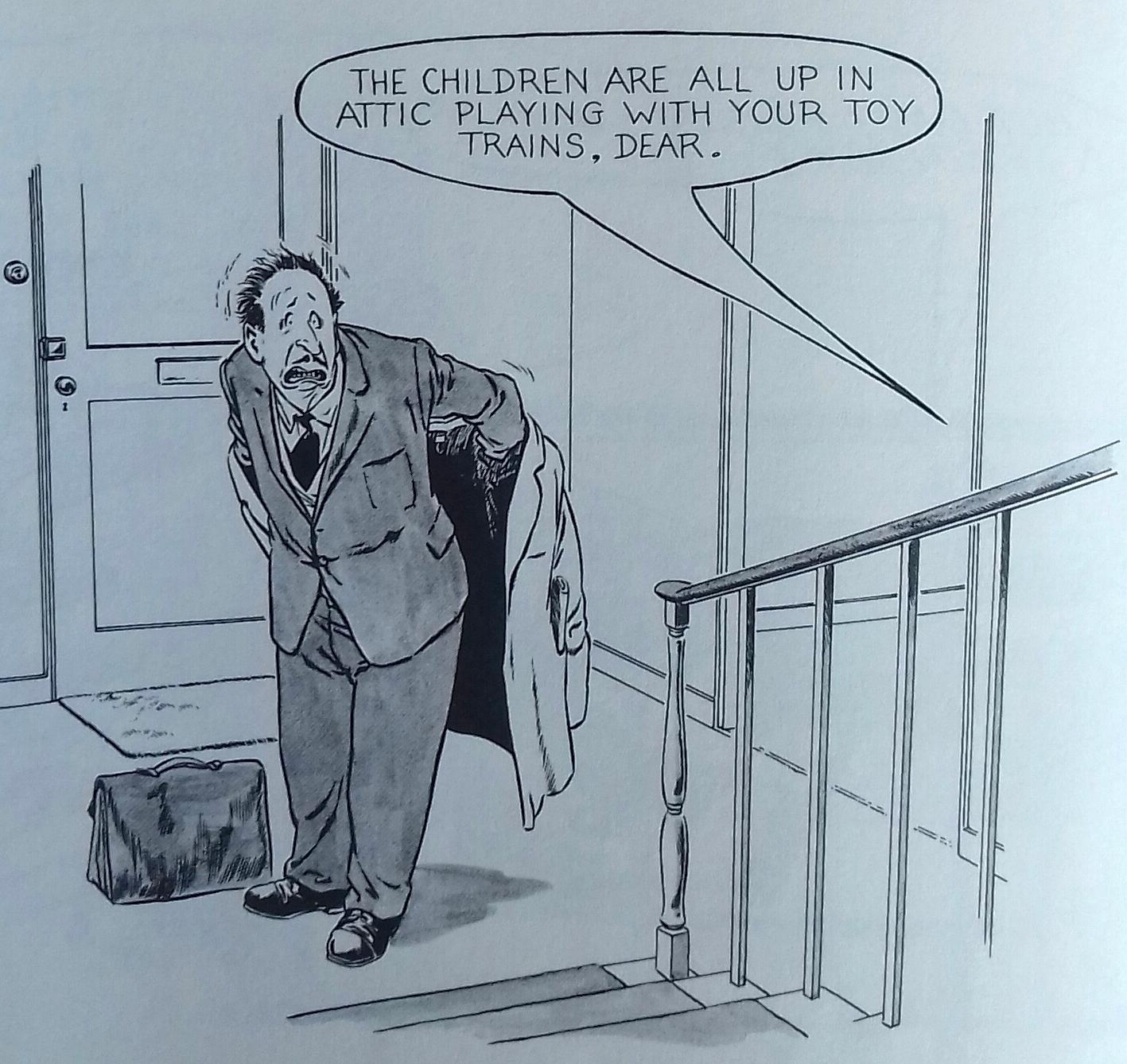 Garden railways can be an option when modelling in the larger scales such as O-Gauge, Gauge 1 (1:32) and G-Scale, the latter two sharing the same track gauge of 45mm. However they are expensive to purchase and the track is difficult to protect against the elements and as such are reckoned to be not only literally outside but also outside of the preferred scales for railway modelling, which I suggest are (from smallest to largest) N, HO/OO & O gauges (even though the latter is thought to be too big for most homes). 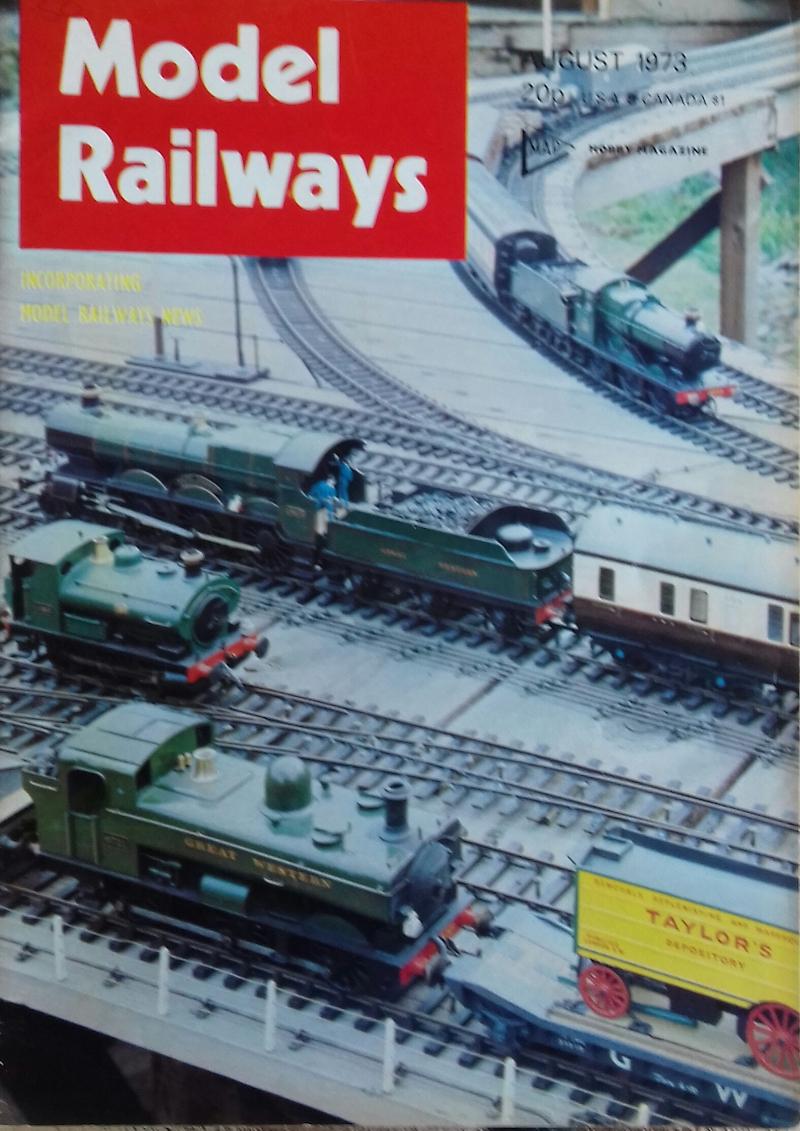 The internet is a wonderful source of information and inspiration for the railway modeller and YouTube has many videos showing the building of as well as the operation of model railways, that can only whet the appetite, but I still advise to start small and grow over time and it is a good idea to set a scene, say a branch line which does not require a large amount of track and equipment.

Life size railways come in all shapes and sizes and that is one of the reasons there are discrepancies when we model them. For example, the reason we have OO-Gauge as well as HO is because the real life loading gauge in Britain was lower and narrower than that on the continent of Europe (the Berne Gauge), thus when scaling down at 1:87 Hornby could not fit the clockwork mechanism or an electric motor into the body of a British outlined steam locomotive – the LNER A4, 4-6-2 (Pacific) tender engine and they were perforce to enlarge the scale to 1:76.2 in order to accommodate said mechanism or motor. To be true to scale locomotives and rolling stock modelled to 1:76.2 should be running on track with a gauge of 18.83mm (i.e. 76.2 x 18.83mm = 1435mm, equal to the imperial 4ft-8½ in). 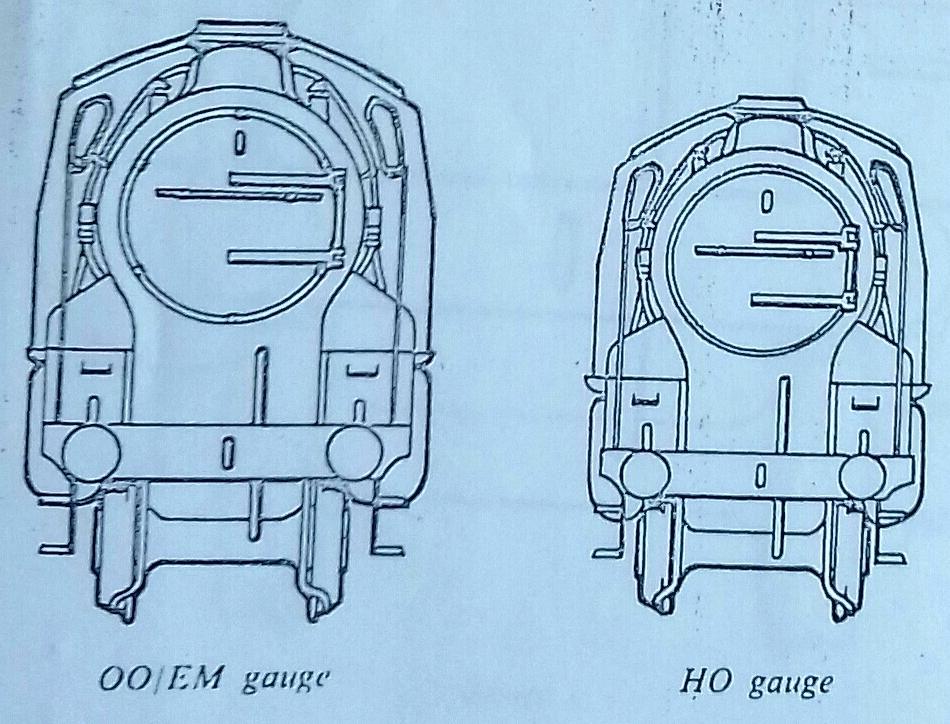 Comparison between OO to HO scales

Now I come to the rub, as far as modelling the railways of South Africa is concerned; thus far I have only discussed the modelling of Standard Gauge (1435mm rail gauge) railways that are the most common in America, Europe and Britain. However, here at home we have the Cape Gauge which is a narrow gauge of 1065mm (formerly 3ft-6in), even though the loading gauge is similar to that of Britain. Let it be said that compromises were made in the past on commercial grounds, as the ready-to-run models that were made available courtesy of Lima (Italy) were to the HO gauge (1:87) running on 16.5mm gauge track (as befits a Standard Gauge railway). This was all well and good should the modeller wish to mix and match his stud of locomotives and his variety of rolling stock, but running the Flying Scotsman with a rake of Blue Train coaches is more than I can take. I am a firm believer in “each to his own” when it comes to railway matters and that South African rolling stock should always be coupled up to a South African locomotive. When taking the argument to its logical conclusion the proper track gauge we should use is 12.25mm (1065mm/87); fortunately the nearest ready made track is 12mm, which suits metre gauge (1000mm) railways modelled at a scale of 1:87 (HOm). Thus it is equally suitable for accurately modelling the South African scene and we designate this scale as HOn3.5. Note that HOn3.5 it is not unique to South Africa but is also used by modellers in New Zealand, Queensland, Western Australia and Japan, as they too have 3ft-6in. gauge railways.

What I have written only scratches the surface and should you wish to delve deeper into the possibilities that railway modelling has to offer please pay a visit to your local railway hobby shop. To those of you who are already actively involved in model railways I apologise for preaching to the converted.