The Restoration of Grahamstown's Old Gaol (in 1984) 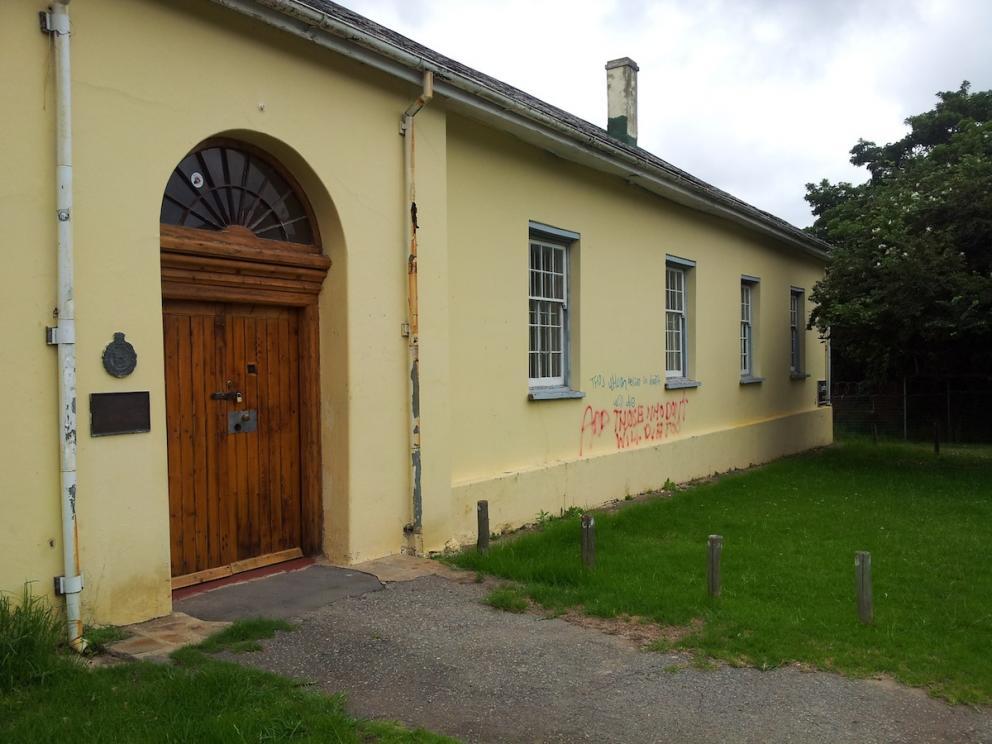 When we visited the Eastern Cape in 2013 we were very sad to see the state of Grahamstown's second oldest building - the Old Gaol (pic above). There has been talk for some time of millions being invested and SAHRA using the site as a flagship heritage training facility. We certainly hope these plans come to fruition quickly. While digging in the archives we come across this short but fascinating piece on the restoration of the Old Gaol in 1984. It appeared in Gordon, Verhoef & Krause's magazine called Finesse. We hope it won't be long before restoration work begins again...

Until vacated in 1975, the old Grahamstown Gaol was the oldest functioning prison in South Africa. After the last prisoner left, the Gaol attracted the attention of other criminals, thieves who stole the lead riding from the roof. Today the Gaol is receiving the attention of Gordon Verhoef & Krause who are undertaking the restoration of the gaol.

The Gaol, built in 1824 is of great historic interest in the architectural history of the Eastern Cape Frontier. It is the second oldest public building in the City of Grahamstown. The oldest is the small Gaol situated in High Street which is a National Monument. The small Gaol was found to be inadequate by Landrost H. Rivers in 1822 when he chose Grahamstown as the chief administrative centre for the newly formed district of Albany. The Governor of the Cape Lord Charles Somerset, agreed to the construction of a new Gaol which cost 70 000 Rix Dollars (about £5 250) to build. The building housed 200 prisoners, was plastered and finished with shell lime and had a flat roof. By 1828 however the roof was found to be decayed which at the time was attributed to green wood having been used by the builder. A new pitched roof was therefore constructed covered with shingle.

The greatest care is being taken to use original materials in this restoration. The first part to receive attention is the roof. The existing, very attractive, Welsh slate is being removed, sorted out and the re-used.

A number of doors callously bricked over by the prison authorities are being opened up again and restored to their original beauty. The original yellowwood floor and ceilings are being treated and restored.

Once the renovations are completed the administrative block of the gaol will be used as a new museum commemorating the role played by the early Dutch Settlers in the history of the region. The interior of the building will be transformed into a series of tableaux and displays showing different aspects of the culture and lifestyle of the first white colonists in that part of the country. The building will also house the regional offices of the National Monuments Council under whose jurisdiction it will fall.

After completion of the museum, in the administration block of the gaol, plans will be considered to turn the picturesque old cell blocks, each with its own exercise yard, into a unique shopping centre, perhaps even including an "Old Gaol" restaurant with authentic decor. Any reservations for cell no. 9 for dinner?"