The Birth of the Market Theatre 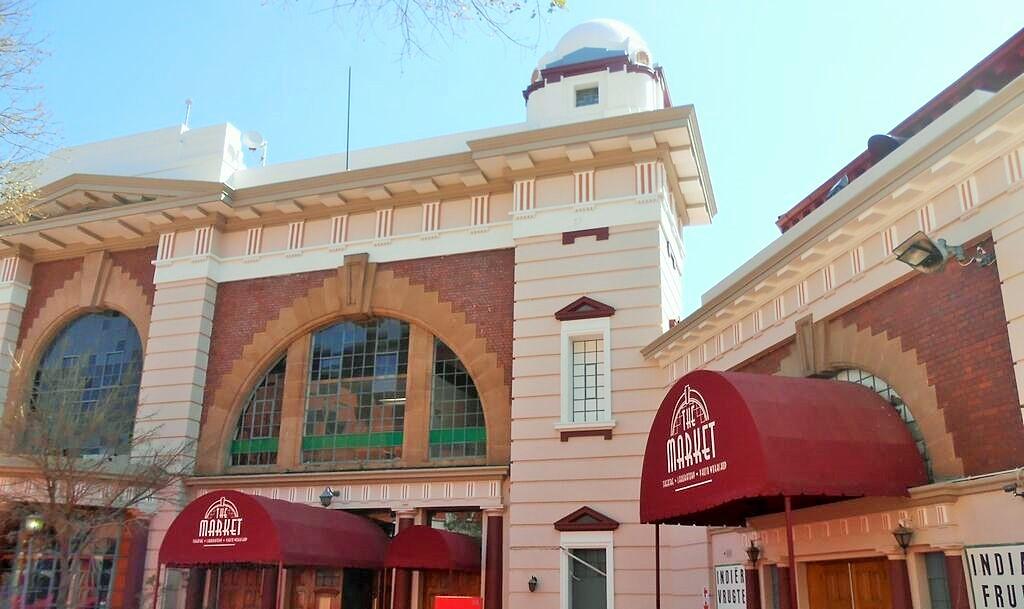 The original conversion of part of the Newtown Market Buildings to create the Market Theatre complex in the mid 1970s is one of the great adaptive reuse success stories in South Africa. The complex is one of Joburg's cultural icons and a huge asset to the reviving Newtown Precinct. In the article below Nigel Mandy describes the fight, vision and generosity that it took to get the initial project going.

The Newtown area went into decline when the municipal market was moved to City Deep south-east of the City. Empty stood the magnificent main market hall, 206 metres long by 37 metres wide, with its spectacular lofty steel arches. Empty too stood the annex with its impressive dome in which the Indian fruit market had operated. Deserted were the market master's offices with their elaborate Victorian facades. The probability was that these buildings would be demolished to clear space for another motorway. 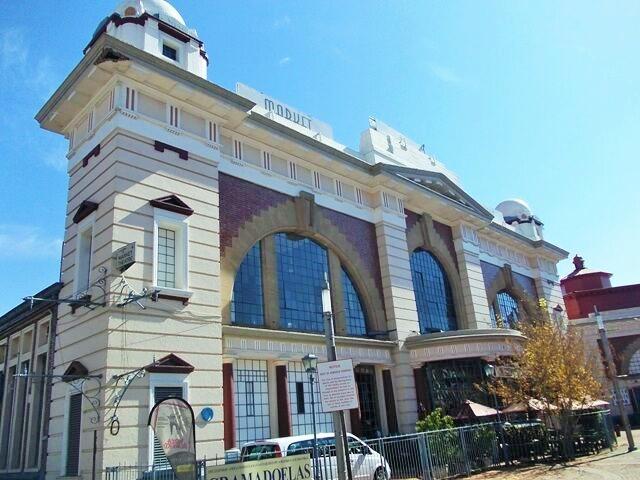 Outside these buildings the once animated Mary Fitzgerald Square - named after rebellious Pickhandle Mary, who had risen to become deputy Mayor - had become a little-used parking lot covered with tarmac. Many buildings in the vicinity were derelict or falling into disrepair.

Suggestions that a new theatre complex could be created here were at first dismissed being uneconomical and visionary. Then Maurice Norton of the City Engineer's Department made known the fact that the building contained an architectural marvel: the largest three-pin arch in the southern hemisphere. Having second thoughts, the council invited tenders for conversion of the Indian fruit market into a theatre.

This prospect attracted Barney Simon and Mannie Manim, leaders of a group called The Company who sought to present ""relevant theatre"" which would make people think as well as entertaining them.

The octagonal shape of the fruit market precluded the possibility of a conventional stage with proscenium arch, flies and wings. Instead Simon, Manim and their architects, Manfred Hermer and Rodney Grosskopf, envisaged a deep thrust stage for a theatre in the round. Among the many theatrical personalities whom they interested in the project was the famous South African-born actress, Janet Suzman. Her husband Trevor Nunn, director of London's Royal Court Theatre, was brought to see the project. On the way there he expressed scepticism, warning that very few buildings were capable of successful conversion into theatres. Entering the hall he first walked through the downstairs area, then ran up the stairs to the upper balcony from where he called breathlessly to Manim, 'You have found it!' According to Nunn, the layout corresponded closely to that of Shakespeare's Globe Theatre.

The plans envisaged that in the 475-seat main theatre nobody would be seated further than 13 metres from the stage. Wherever possible, the hall would be left in its original state with exposed steel girders, flagstone floors, decorative ceilings and even the signs put up by the departed traders: R. O. Patel, Wholesale Fruit Merchant specialising in oranges and tomatoes; M. H. Essop, Wholesale and Retail Fruit and Vegetable Market; M.P. Patel for quantity and quality, 'Now go and wash your hands' and of course 'Do not spit - moenie spoeg nie'. 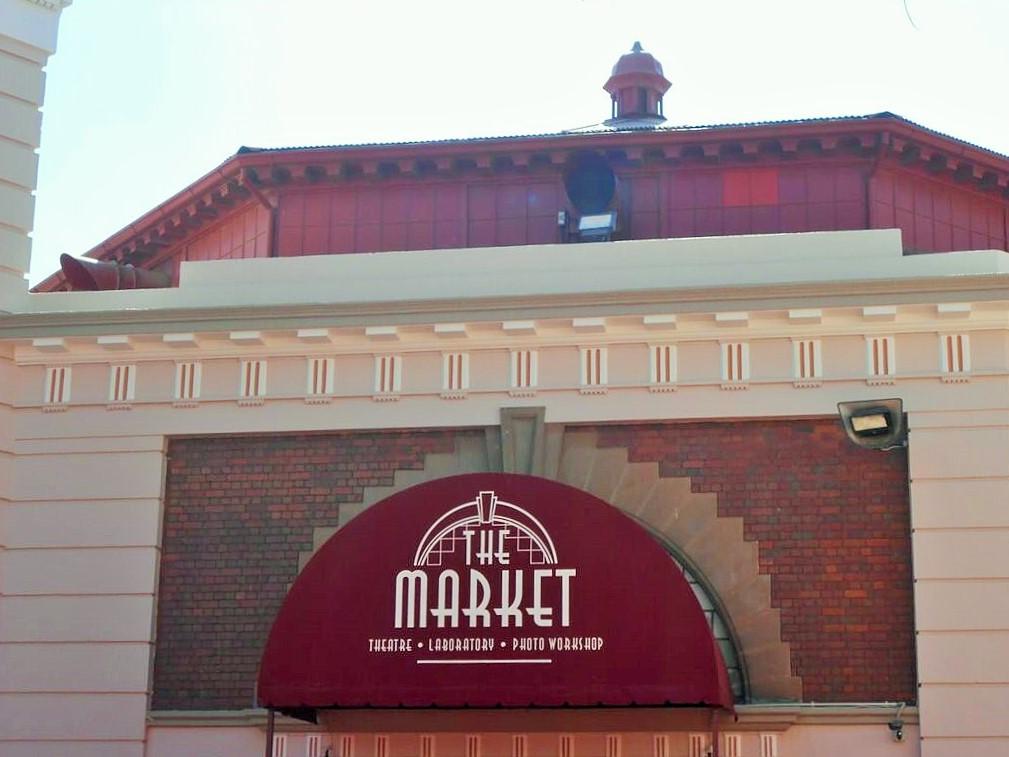 The market rates hall would become a smaller experimental theatre seating a hundred. Provision was also made for an art gallery, theatre bookshop and restaurant. Plenty of parking would be available on Mary Fitzgerald Square. To give advice on how to raise the R300 000 required, Simon and Manim approached businessman Murray McLean of Abercom Investments. Manim recalls:

He walked into the building, went very quiet and then said 'Right, see me in the morning' and the next morning, with businessman's bluntness he said 'Let's go'. The important thing, he explained, was to get going, dive in and then it will all happen.

McLean formed the non-profit Market Theatre Foundation, negotiated a ten-year lease with renewal options from the Municipality and arranged an overdraft from the bank. At the start only one third of the funds required was available, but, said McLean, 'It made so much sense. To put up a complex like this from scratch would have cost millions and here we have the chance to do it for R300 000. 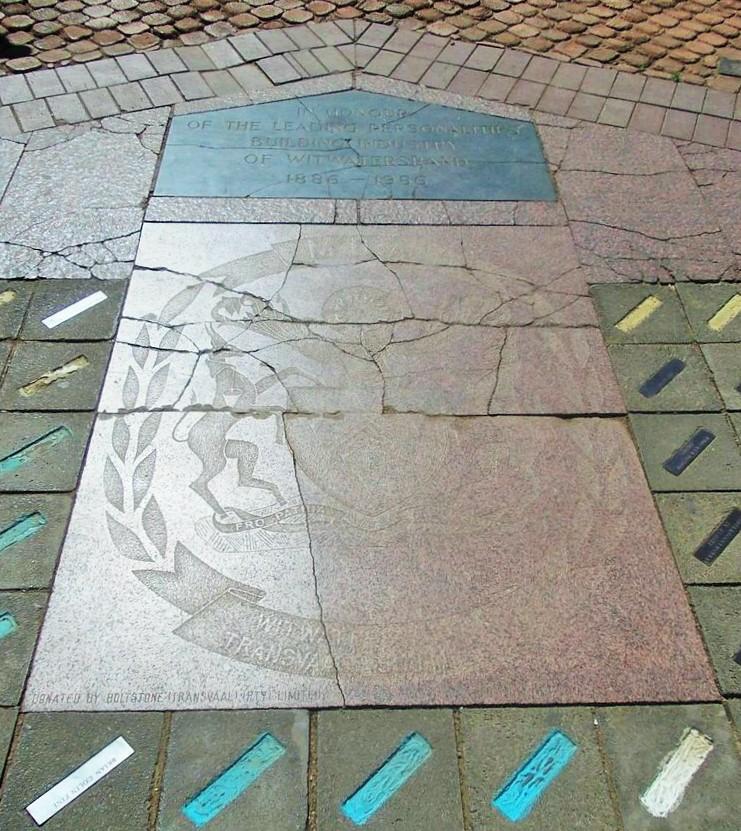 Commemorative Bricks outside the Market Theatre (The Heritage Portal)

Diligently investigating the situation, municipal building plan examiners and fire prevention officials uncovered enormous difficulties, which they then enthusiastically helped the developers to overcome. Many business organisations made substantial contributions. Individuals donated anything from R5 for a brick to R50 for a seat. Construction commenced in August 1975. At weekends volunteers arrived to paint, move rubble, shift plans and generally give a hand whenever possible.

Equipment, seating, furniture and fittings were brought from disused cinemas and on sales. The actors themselves built stages and dressing rooms.

Upstairs at the Market opened on 21 June 1976 with Barney Simon's production of The Seagull. In the same month the bookshop opened and the first exhibition was held in the Market Gallery. In October 1976 the Market Theatre itself opened with Marat/Sade. Since then many controversial and experimental productions have been presented here, stimulating and sometimes shocking the people of Johannesburg.