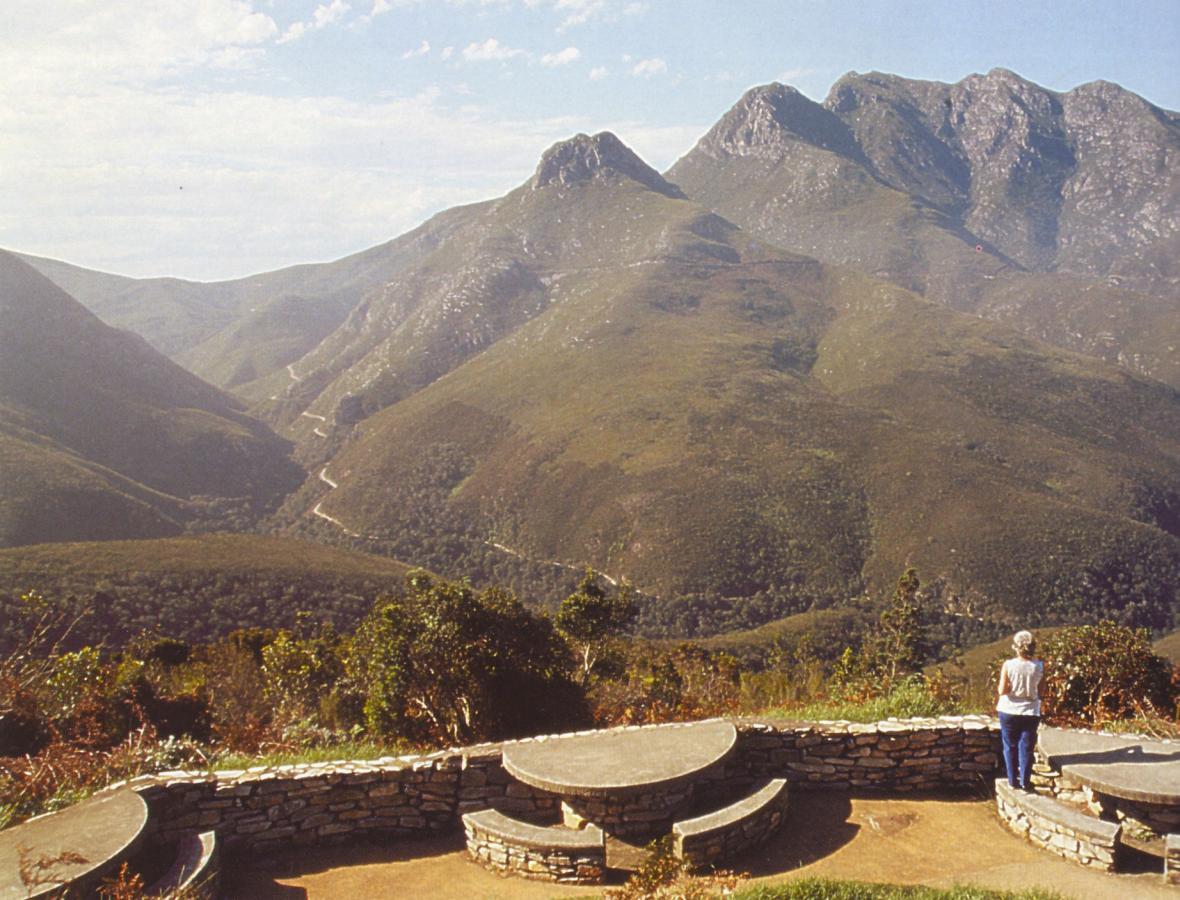 In the article below, Tony Murray unpacks the career and achievements of Henry Fancourt White. The piece first appeared in the publication 'Past Masters: Pioneer Civil Engineers who contributed to the growth and Wealth of South Africa'. Click here to view the stories of other great engineers.

White is one of the less well-documented engineers in South Africa’s history and his early days are a bit of a mystery. According to official sources he was born in Yorkshire in 1811 and arrived in the Cape with his parents in a party of British 1820 settlers. His family were allocated land at Riviersonderend and eventually settled at Assegaaibosch near Port Alfred, but this is not confirmed by settler records. It appears more likely that aged 17 he moved directly from England to Australia to join his ex-convict father. Certainly it was here that he obtained surveying experience and was appointed as Assistant Surveyor by the New South Wales Government. He also began speculating in property, and is credited with planting the first vineyard in the Hastings River wine region. However after a disagreement with a magistrate he was dismissed from his survey post, apparently unfairly, and he sold up and left for the Cape Colony.

He arrived in South Africa in 1843, and applied for a job with the newly constituted Roads Board. Perhaps the Colonial Secretary Montagu (click here to read more), who knew all about unjust Australian authorities, was sympathetic, for despite his record White was appointed as a Roads Inspector in Col. Michell’s (click here to read more) department. White subsequently named his son Ernest Montagu which seems to indicate that he was somehow indebted to the Colonial Secretary.

He was assigned to the job of improving the road between Mossel Bay and George, in the course of which he built a new pass up the Great Brak Heights which was much appreciated by the long-suffering populace. His reputation thus established, he was an obvious choice to lead the construction team for the daunting task of conquering the Outeniquas when the original supervisor fell down on the job.

This excellent route to the interior was the third properly engineered pass in the colony, and served for a hundred years until superseded by the modern Outeniqua Pass. The construction, completed in 1847, was acclaimed as a major step in improving communication in the country, and remains White’s lasting achievement.

Work began in 1844. 250 convicts were assigned to the job under Montagu’s great scheme for putting the energies and frustrations of prisoners to good use through the construction of public works. The response was amazing, as with reasonable food, fresh air and comparative freedom, and a sense of accomplishing something useful, (all tempered with a smattering of compulsory religion) the old lags worked with a will. At the end of their sentences they were released with the gift of a bible, and, fit from their exertions and with a new-found will to work they were snapped up by farmers. Some even applied to return to road-building as free workers.

White apparently had some skill in the use of explosives and most of the road was blasted out of the cliff face. Although the use of dry stone retaining walls is usually credited to the Bains, the process is apparent on this job and may well have been developed by Michell.

The work force was accommodated in a camp at the foot of the pass. This was originally known as “Whitesville” after the engineer, but he preferred a less obvious version of his name: “Blanco”.

The pass was opened at the end of 1847 with the usual pomp and ceremony and named in honour of Montagu who had done so much to promote the system of good roads in the country. It was an immediate commercial success – so much so that Eastern Cape merchants sent a formal complaint to the Governor, alleging that their trade had been affected because Karoo farmers were now sending their merchandise to Mossel Bay instead of to Port Elizabeth. But trade in George flourished: bakers and wagon-makers grew rich and the farmers of the interior registered record profits. Never was there a better demonstration of how good roads create wealth. 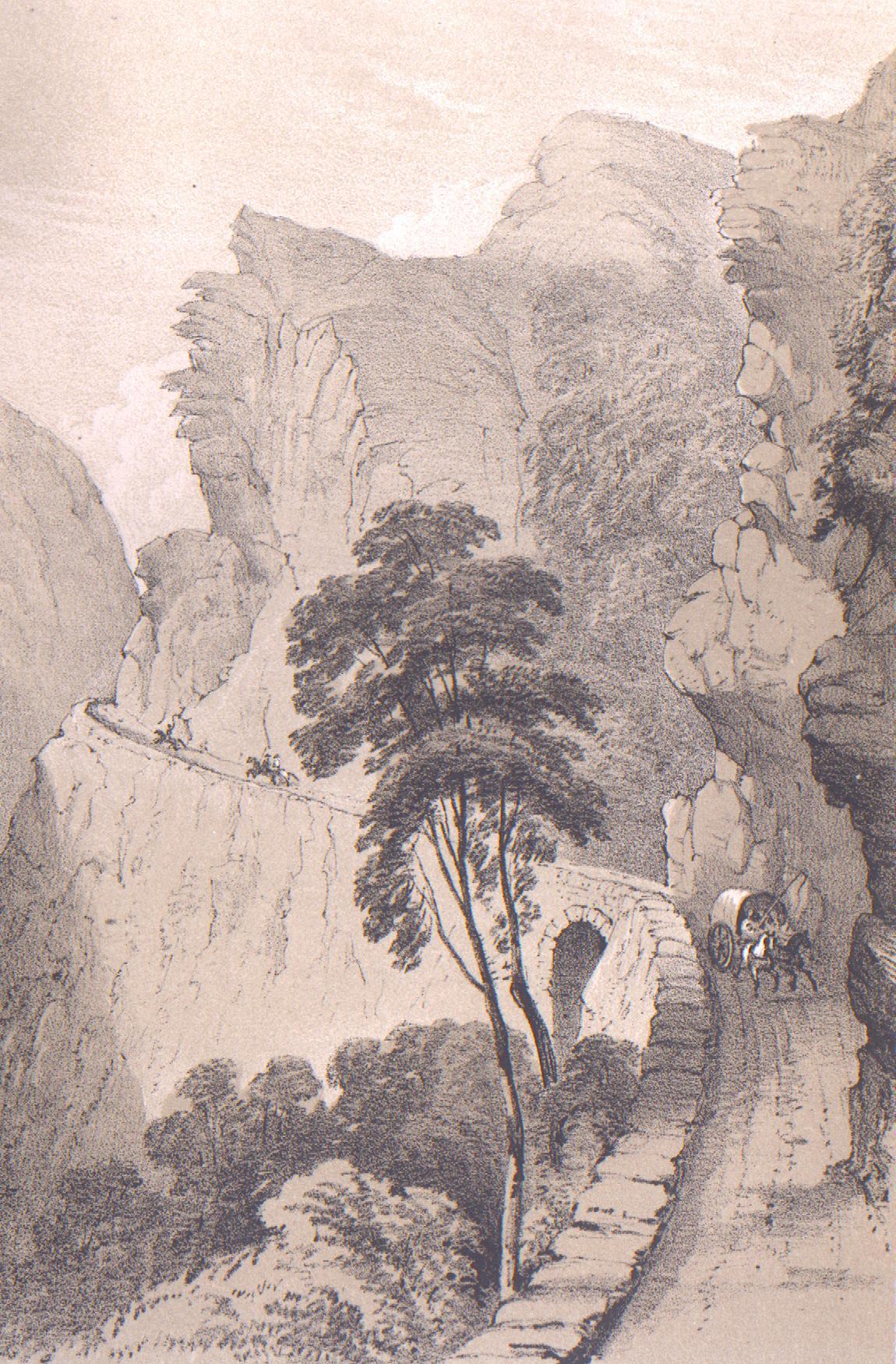 Montagu Pass The viaduct carries the railway - Past Masters.jpg 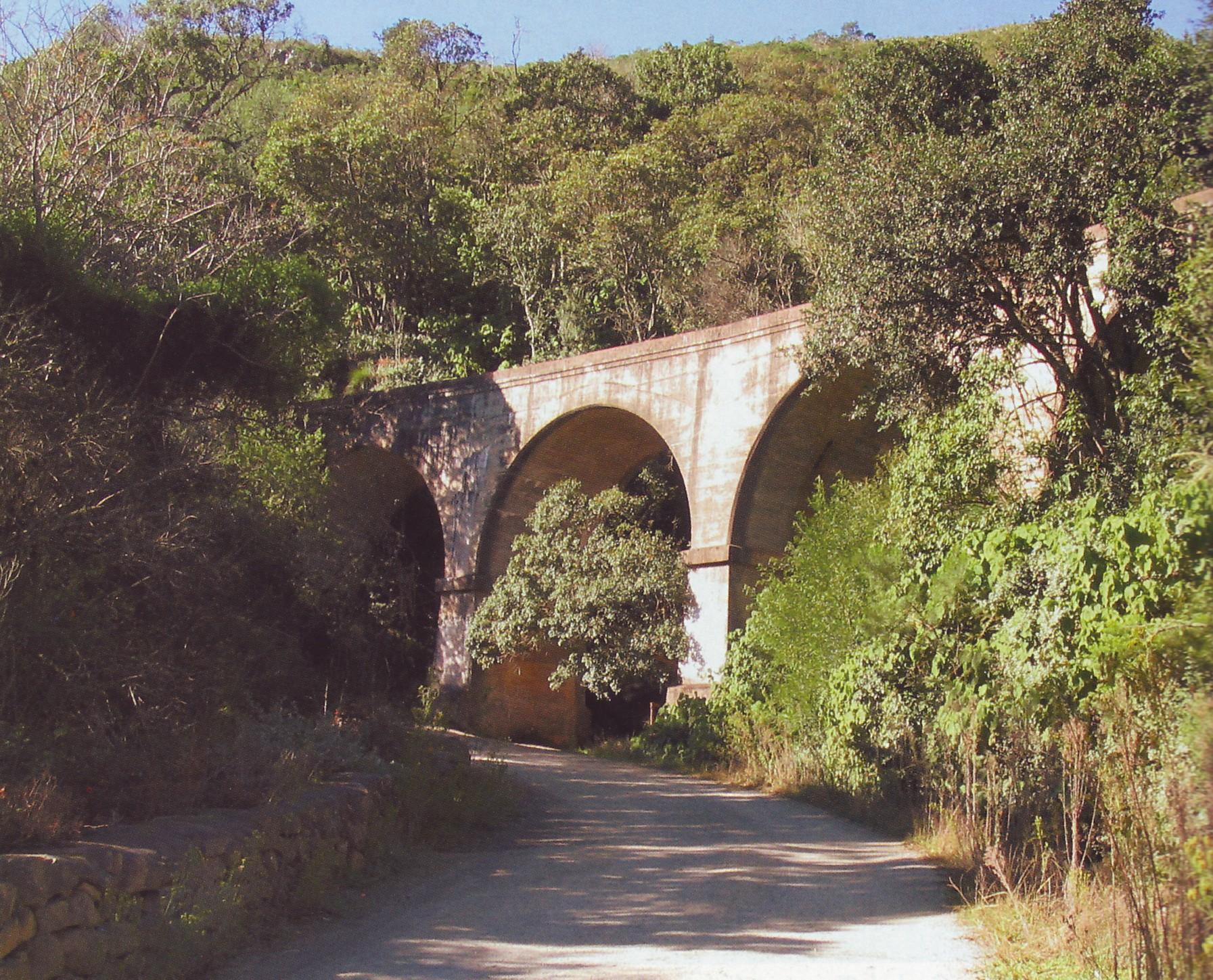 The viaduct carries the railway

With the pass complete White went on to build the road through the Longkloof to Port Elizabeth, Howison’s Poort outside Grahamstown, and the first section of the important Zuurberg Pass. At this stage bad blood between himself and Woodford Pilkington, a fellow engineer came to a head. Pilkington was the son of the new Colonial Engineer, and so White wisely realised that he had little future in the Roads Department. He resigned, entered politics and became the member for Algoa in the Colonial Legislature, but found it was no place for an active man. He retired to live in the mansion he had built on a farm at the foot of the Montagu Pass on the outskirts of the village of Blanco. He died there in 1866. 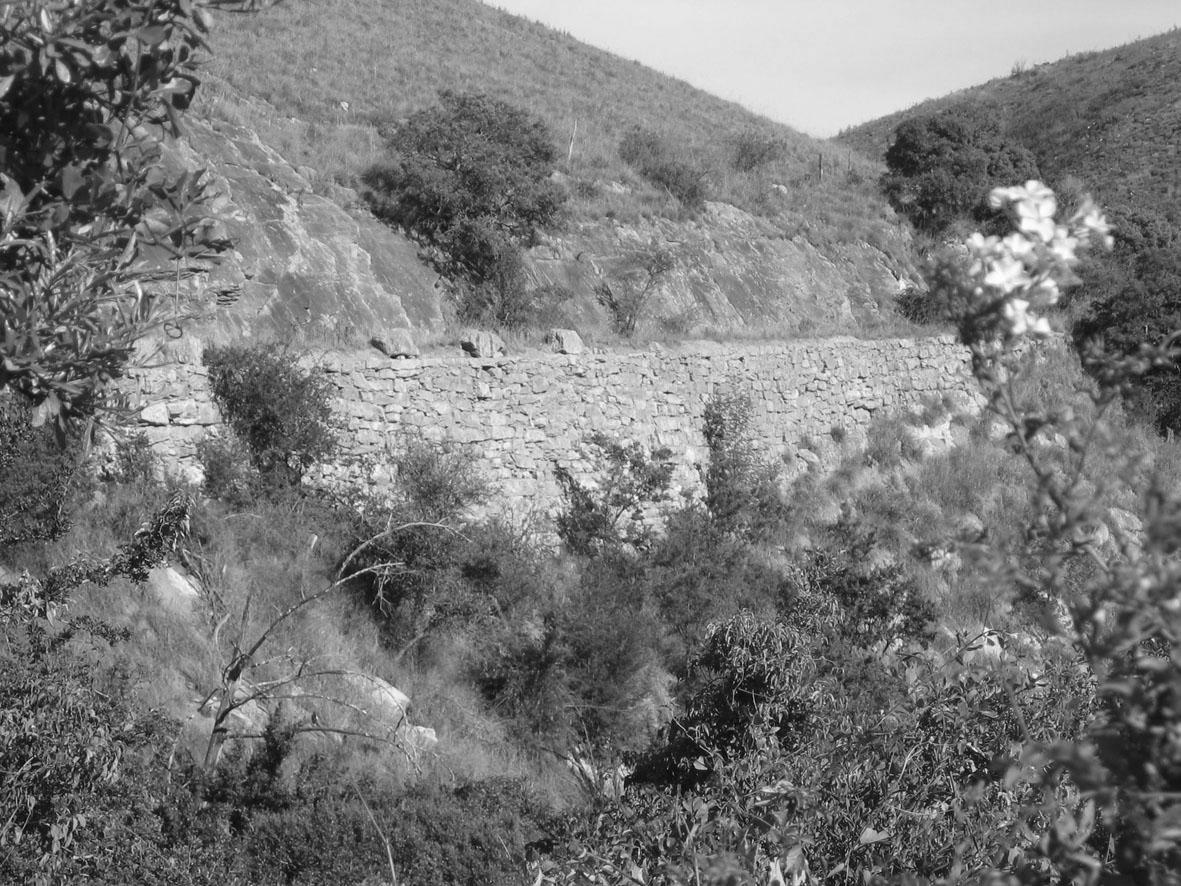 Ernest Montagu White became a successful and wealthy businessman, and was instrumental in developing the Wilderness resort. The road he built to make the beautiful venue accessible to the public is still known as White’s Road.  Ernest reclaimed the Blanco estate, refurbished the old mansion and renamed it “Fancourt” in honour of his father.

Henry White may well have just been remembered by the village which bears a variation of his name, but today we have a better reason to be reminded of this tough and successful roadmaker. In the late 20th century his country estate was developed into the world-renowned golf resort, venue for the 2003 President’s Cup, and his second name is known wherever golf is played. 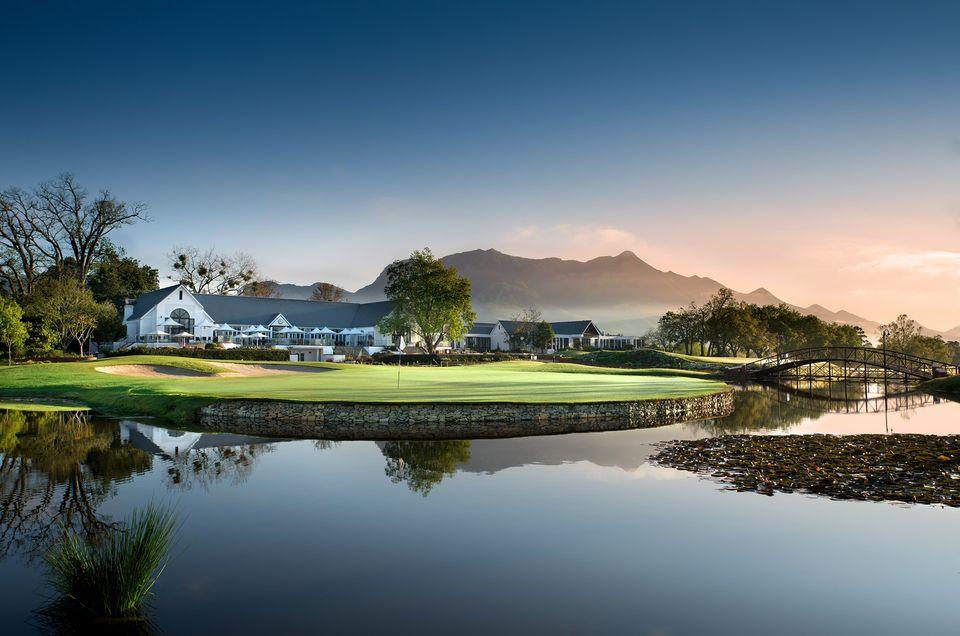