A walking tour of historic Durbanville 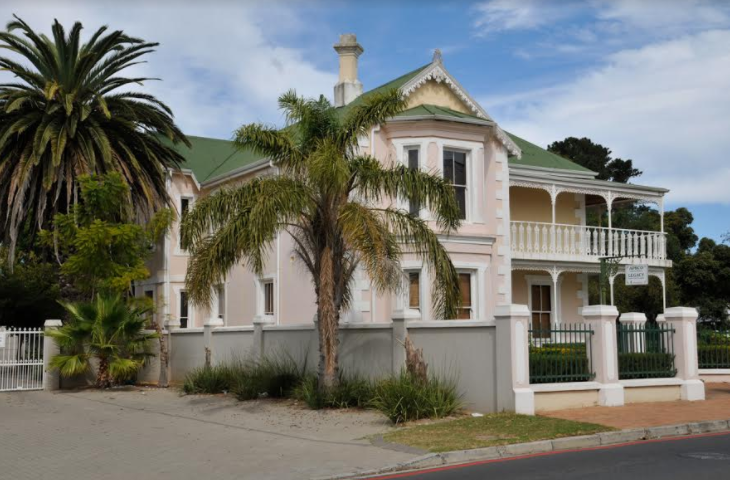 Fifty years after van Riebeeck landed at the Cape, the Tygerburg hills were occupied by loan farms. Within these farms was an outspan with a good strong spring of sweet water that became an important stopping place on the road to the north.

This stopping place became known as Pampoenkraal (Pumpkin Patch) and a village was laid out in 1806. On the 2nd September 1836 it was renamed D’Urban in honour of the Governor of the Cape from 1836 to 1838, Sir Benjamin D’Urban. Unfortunately the following year, Port Natal changed its name to Durban. This caused some confusion, such as that carrying on today with towns having similar names like Ladismith (Western Cape) and Ladysmith (KZN). To avoid this, the name was changed to Durbanville in 1886.

Up until the mid-19th century D’Urban was a farming centre with a church, school and no doubt a trading store. Prosperity arrived with the founding of King Brothers Wagon Works. These works expanded to take up half a block, extending from Church Street and running between Durban and Gladstone roads up to the carpark between Durban Road and Scher Street. It was said by some to be the greatest wagon works in South Africa and at its height employed 80 people. The business closed before the First World War.

A wagon business needs a blacksmiths and Baxter Brothers started their establishment around the same time. Their works were situated where the Caltex fuel station is at the corner of Wellington Road and Voortrekker Street.

In 1886 three thousand eucalyptus trees were planted to line eight kilometres of Durban Road. These were removed to enable road widening but a similar avenue can be seen in Tygerburg Valley Road where it cuts through the Altydgedacht wine farm.

In the early part of the 20th century it was proposed that a railway branch line be constructed from the main line at Bellville where it already served the quarry (to the south of where Willowbridge shopping centre is) terminating somewhere near where Durbanville High School stands today. However, the line was never built but Durbanville did have a station from 1920 to 1930 situated understandably in Station Street, now Voortrekker Street. Here you could purchase a ticket for anywhere in South Africa and have the porter carry your luggage to the bus to take you to Bellville.

The idea for creating this walking tour of historic Durbanville came from a similar list created over two decades ago (A Survey of Conservation-Worthy Buildings and Sites in the Central Area of Durbanville compiled by Brian Bassett and Jalmar Rudner). Of the 28 buildings listed then you will still be able to see 17. Some original, others renovated out of recognition. A brochure was created which can be viewed here. 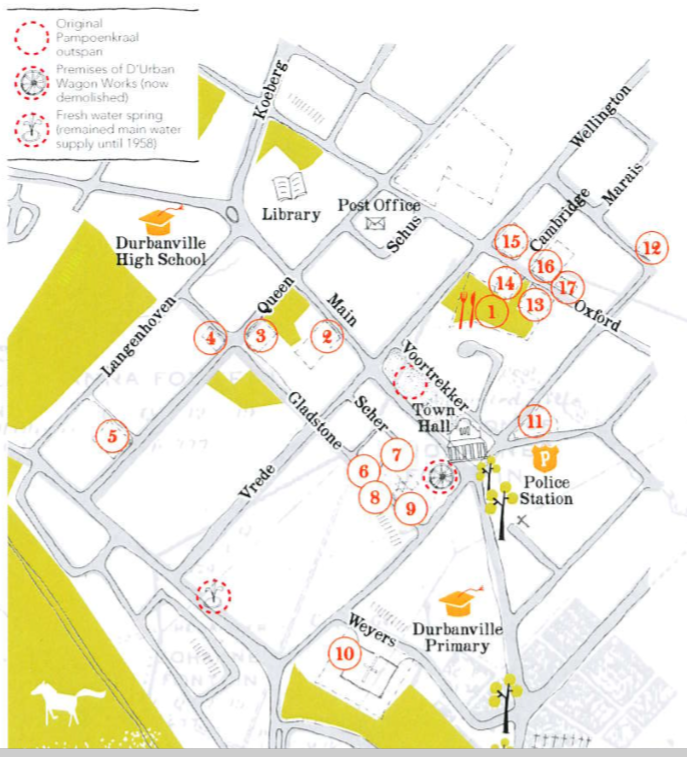 The building was perhaps created as early as 1808 and if not initially built that way it was developed into a T plan house. Around 1850 it became the magistrate’s offices, and jail cells were added. From 1926 to 1979 it was used as four separate dwellings. It was restored to its present appearance in 1984 and has since then served as a cultural centre, housing a gallery, ceramics museum and art studios. 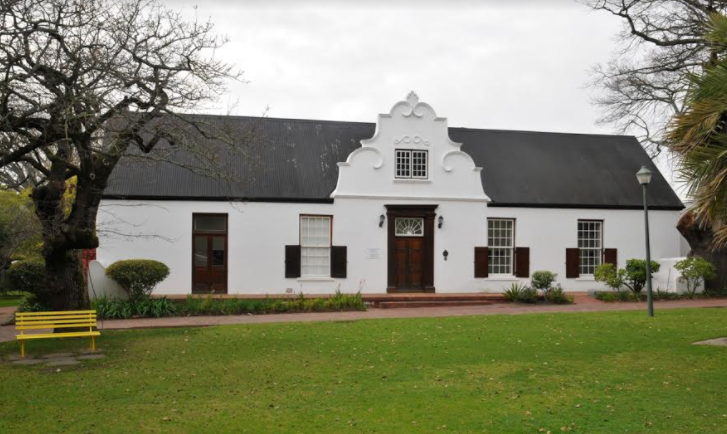 This Victorian U shaped house (since extended to the rear) dates from the 1870s and was built for Dr Andreas Bosenburg, the general practitioner. It has a slate roof with a central veranda flanked by flat fronted stoepkamers featuring plaster quoining. The attractive front wall and gateway are thought to be contemporary with the house construction. It is a private property. 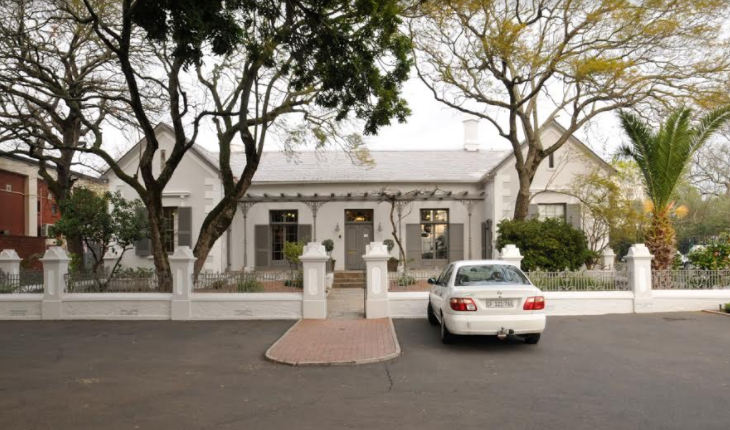 The Skakelhuis is a long building, originally semi-detached houses built at the turn of the 19th/20th century. Incorporating baroque type end gables and smaller gables over the two (original) entrances it has also been extended rearwards to increase space. It is now business premises and is private. 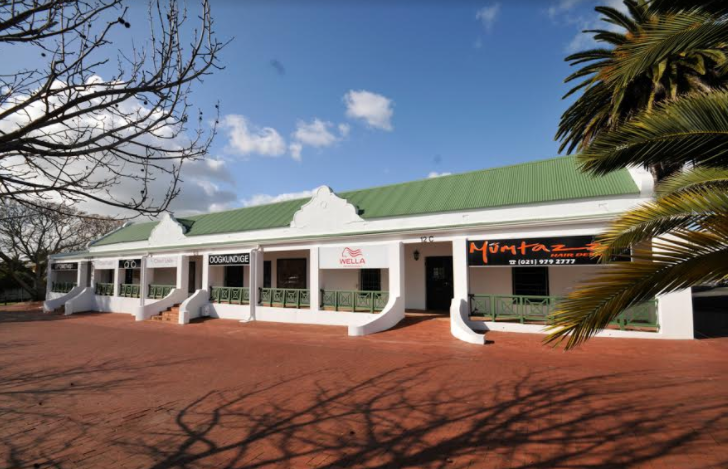 (4) Corner of Queen and Gladstone Streets

This building diagonally opposite the Skakelhuis is of similar age but had been extensively altered in recent times from a semi-detached house into business premises. It is thought that these dwellings were for workers of the Baxter Brothers who owned a large blacksmithing business in Durbanville. It is a private building. 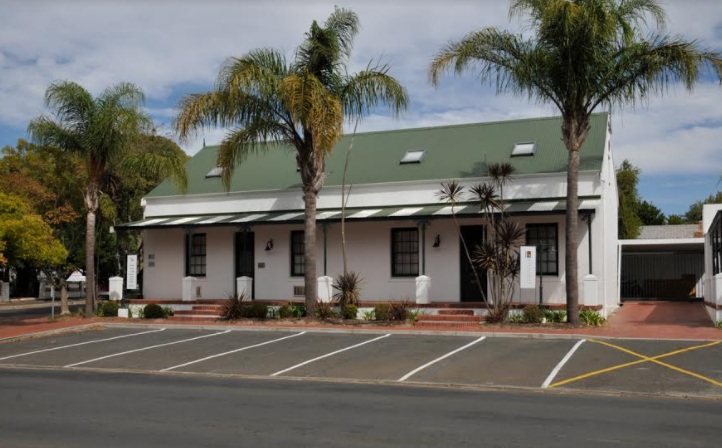 This is a large Edwardian house now having a tile roof to replace the original corrugated iron. The facades are decorated with plaster quoins and window surrounds and the gable ends have shell ornaments. The veranda is supported on classical pillars. It is thought to have been the home of William Baxter. 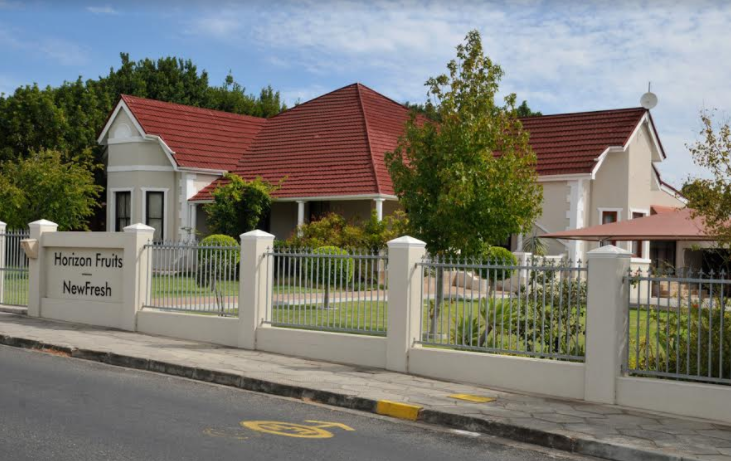 This late Victorian house (1901) was built for the Churchwarden of the Dutch Reform Church probably by the King Brothers. The veranda has a concave corrugated iron roof with closed ends and a four panel front door with a three paned fanlight. It was purchased in 1954 by the Hebrew Community. It is a private house. 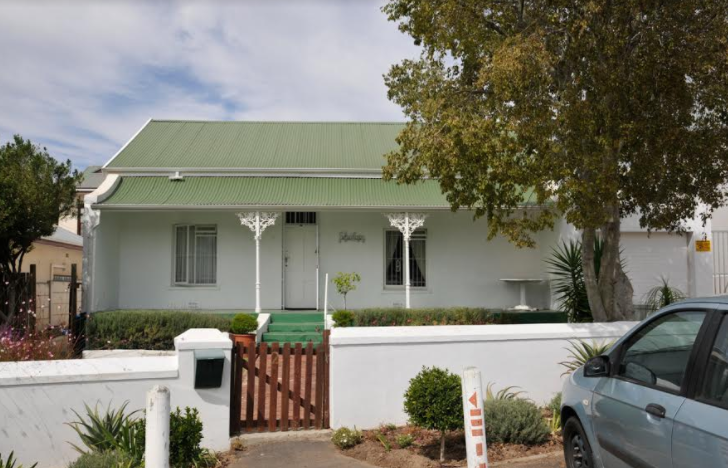 Hidden behind a large bush, this Edwardian cottage with a half-hipped corrugated roof with ridge ventilators was originally part of King Brothers Wagon works. It is a private business. 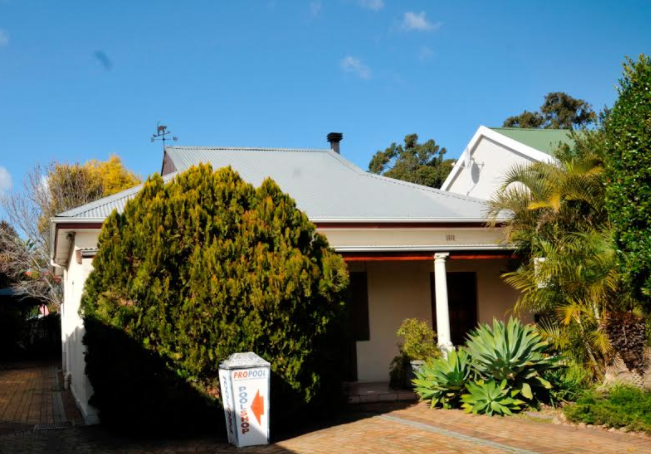 This building, now used as a dance studio has a corrugated iron roof at 45° indicating that it may have once been thatched. Note the closed up doorway into the loft space. It was probably part of King Brothers Wagon Works. It is a private business. 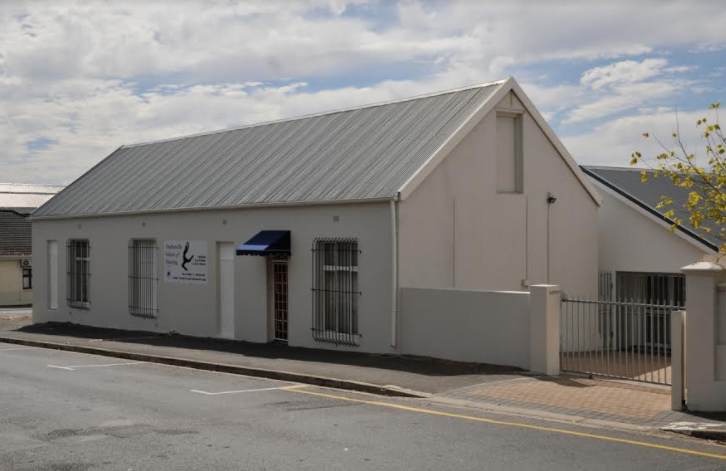 Built in 1927 for the Durbanville Jewish community, it was designed by the Town Clerk, T Chenoweth and built by the Baxter Brothers on a piece of ground rented from the Dutch Reformed Church. In 1954 the community purchased the ground and adjoining properties. 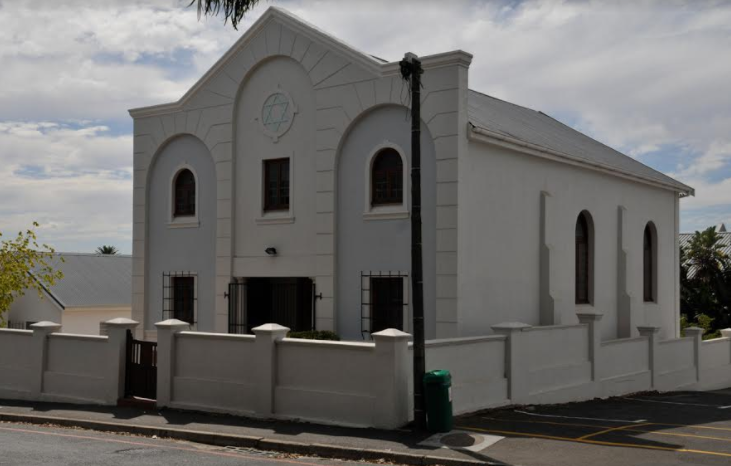 The original church built in 1826 was referred to as the Tygerburg Church as it served a wide area but by 1845 was called the D’ Urban Church. In 1859 it was much extended but in 1863 the church at Philadelphia was consecrated considerably reducing the congregation in Durbanville. 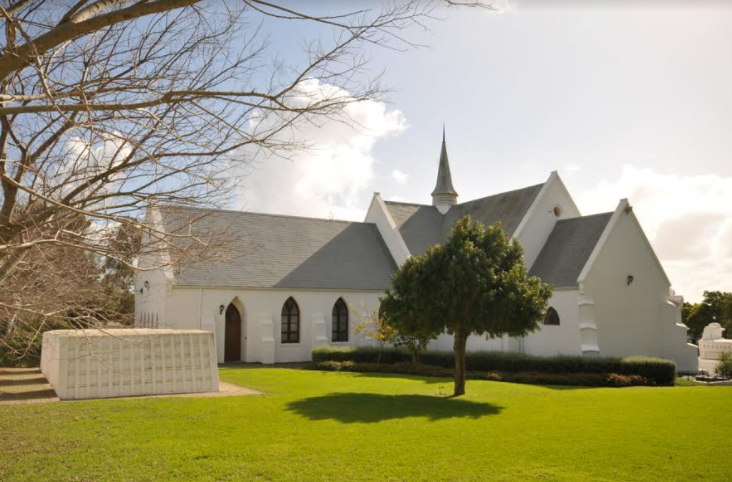 Said to be one of the best Edwardian gentlemen’s residences in Cape Town, King’s Court was built for John King in about 1905. King was a partner in the wagon works and many times the Mayor of Durbanville. The front façade has a double-storey bay window and double-storey balcony that wraps around the side. It was declared a National Monument in 1989 (Provincial Heritage Site today). It is a private business premises.

Dating from around the same time as King’s Court on a lot owned by the King Brothers and probably built by the same builder, this house has a particularly fine double storey veranda. It has a fine six panel front door with side and fanlights. Note this house has rusticated quoins at the facade corners. It is a private business premises. 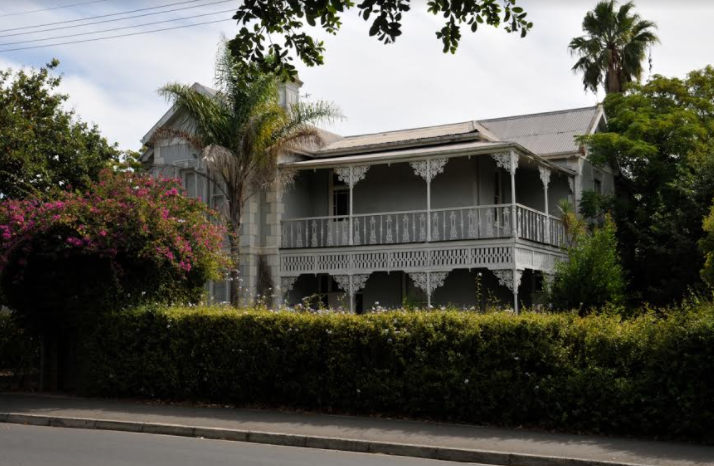 This building was once owned by the King Brothers. In 1921 it was purchased by George Milne Baxter and known as Baxter House. It was later converted into flats/hostel and more recently into business premises. 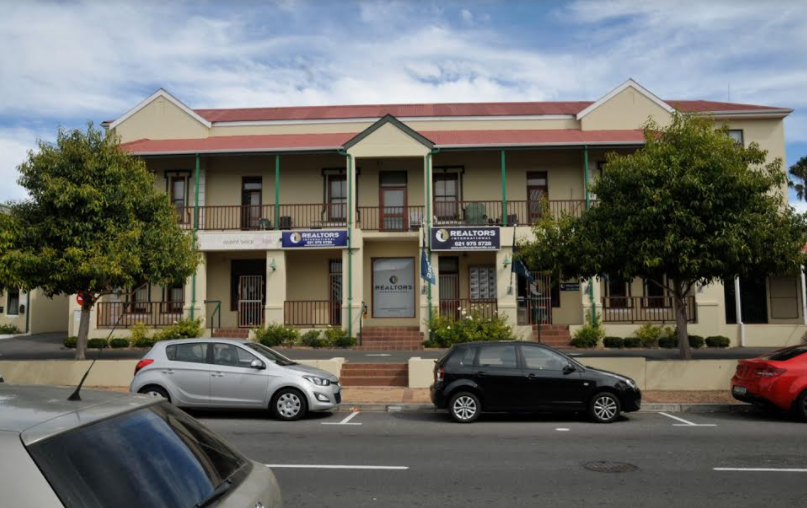 A semi-detached Victorian cottage with a full length veranda. The veranda end walls have diamond shaped windows. They have a corrugated iron roof at a steep pitch indicating that it may once have had a thatched roof. There is also a door into the roof space. It may have been built by Francis Porter in 1863 or by William Turner in 1881. It is now one house and is a private dwelling. 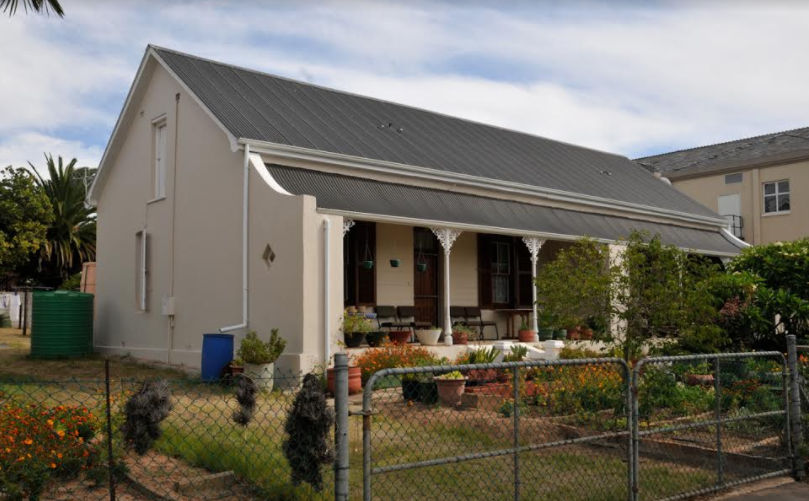 This is a semi-detached house with two gable wings and a veranda in-between. Built in the second half of the 19th century possibly by the Grundlingh family this house has again a steeply pitched roof that may once have been thatched. It also has the distinctive plaster quoining and window surrounds. The building has been used variously as a video shop, Chinese restaurant and now a boutique and bead emporium. 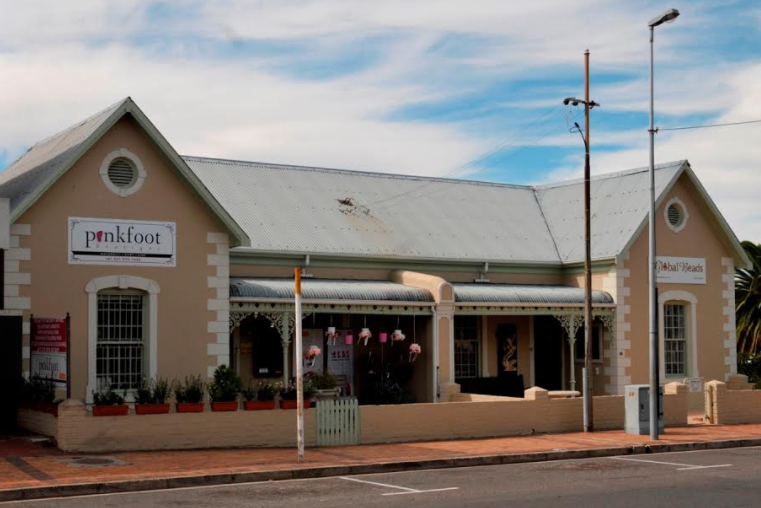 This together with No. 20 may be the oldest houses in Durbanville having internal walls of sun baked bricks and may date from 1835. It was damaged in fire and has now been much altered. It is currently operated as a coffee shop. 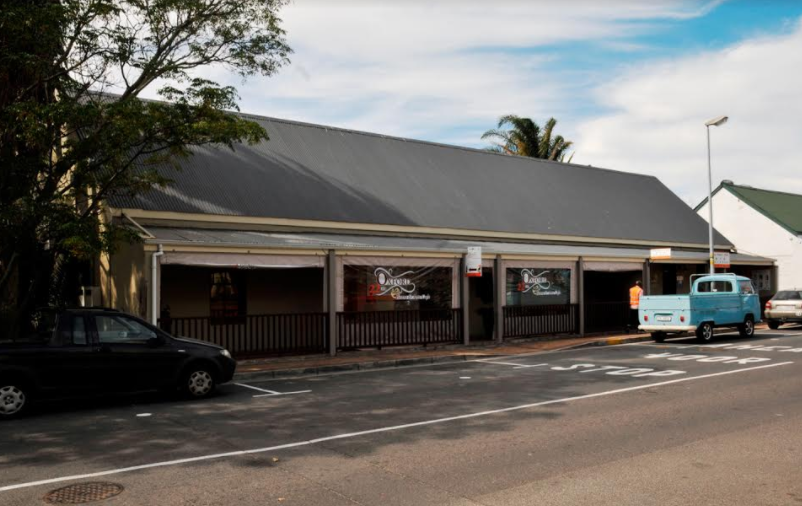 Dating from around 1835 this house would have had a thatched roof, since replaced with corrugated iron with a veranda added. The veranda’s supports are modern additions. It currently serves as an English style pub and restaurant – The Oxford Arms. 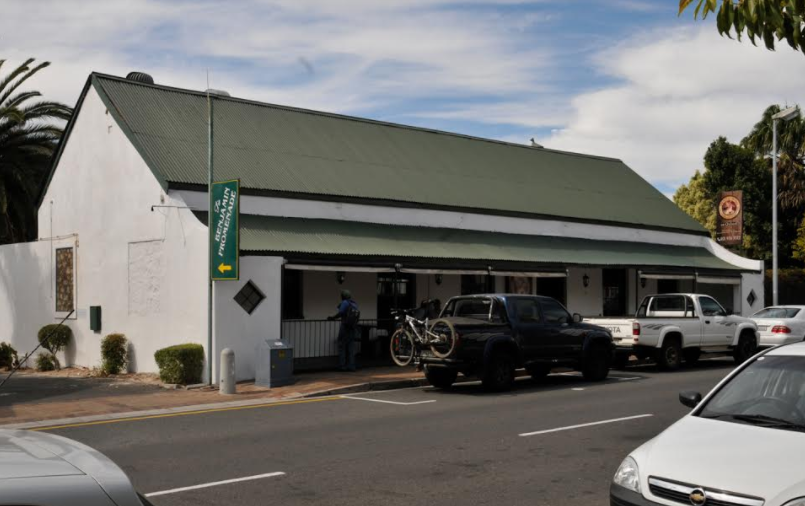 After this tour refreshments can be obtained from 22 on Oxford, the Oxford Arms or Rust-en-Vrede can be re-entered by walking up the lane between 23 and 27 Oxford Street.

Janine de Waal is an architect and heritage practitioner with local and international experience. She has been involved with teaching and promotes design awareness. Her practice, Janine de Waal Architects, is based in Durbanville.