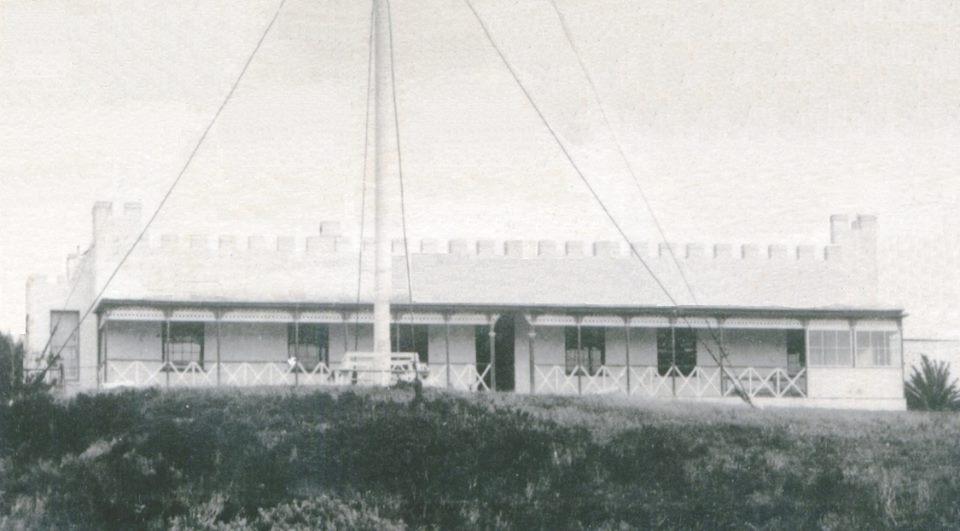 A few years ago, Bev Young compiled this article on the spectacular Cock's Castle in Port Alfred. The piece was originally published in the newpaper Eastern Cape Today on 21 January 2010. Bev is one of the Eastern Cape's most prolific and passionate researchers.

Established in about 1840, the nearly 30,000 m² Richmond House property, formerly known as "The Castle", hangs tenaciously on the east face of Wesley Hill. It is an impressive estate, were yesteryear still lingers like an untouchable perfume fragrance, so familiar, yet so titillating. Situated in dense indigenous virgin bush, the historical property stands guard over the Kowie River mouth, where it all started with the arrival of the intrepid 1820 settlers. Among them was the Honourable William Cock, a wealthy Cornish printer and man of great ability and strength of character, who brought the Industrial Revolution to the Eastern Cape in the 19th century. 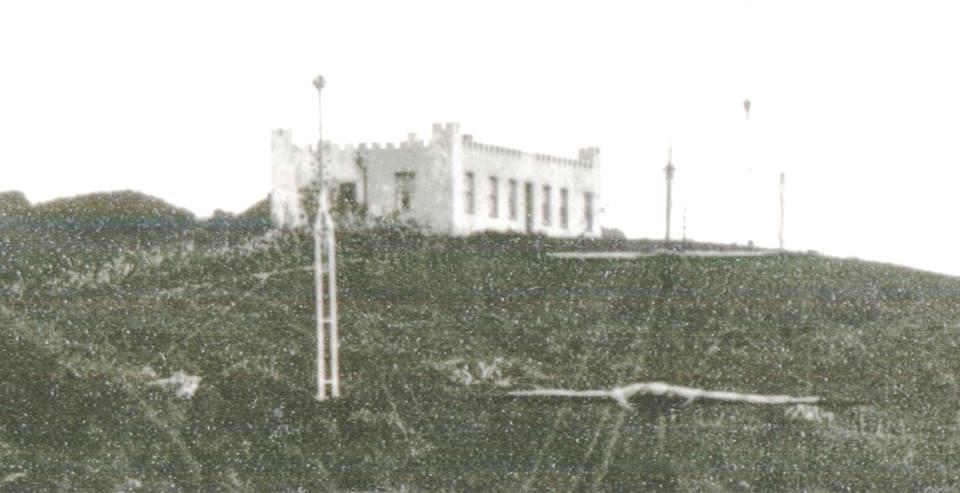 Sue and Neville Gordon, who own the property, have restored and rebuilt the main house and the cottages on the grounds. These exquisite cottages are now open to the public as guest facilities. With attention to detail that defies one's imagination, the decor and settings are truly magical. From the le Grande entrance, with the post box and ancient VOC cannons, to the matchless stone pathways and stairways, the ambience is surreal. Of course, the view from the property is breathtaking, and the indigenous trees and birds invite one to just sit in the garden and think.

Another shot of Cocks Castle - William Martinson via Artefacts.jpg 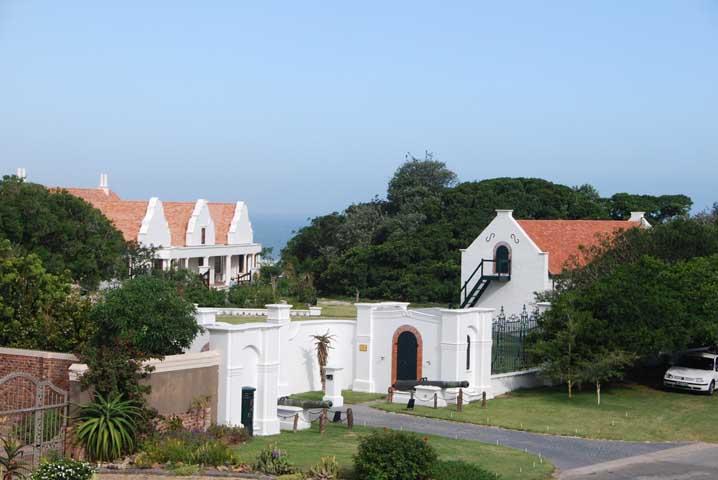 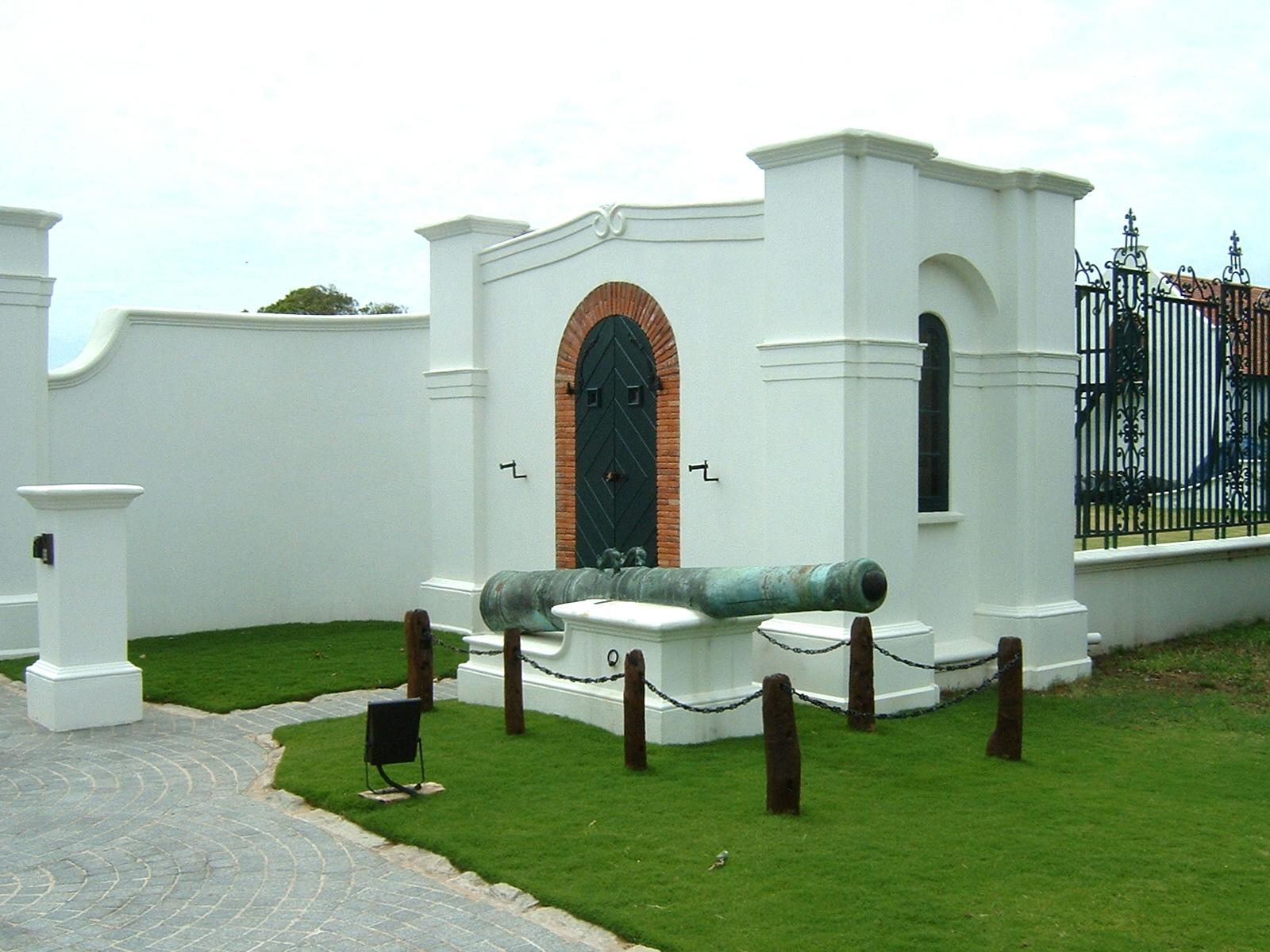 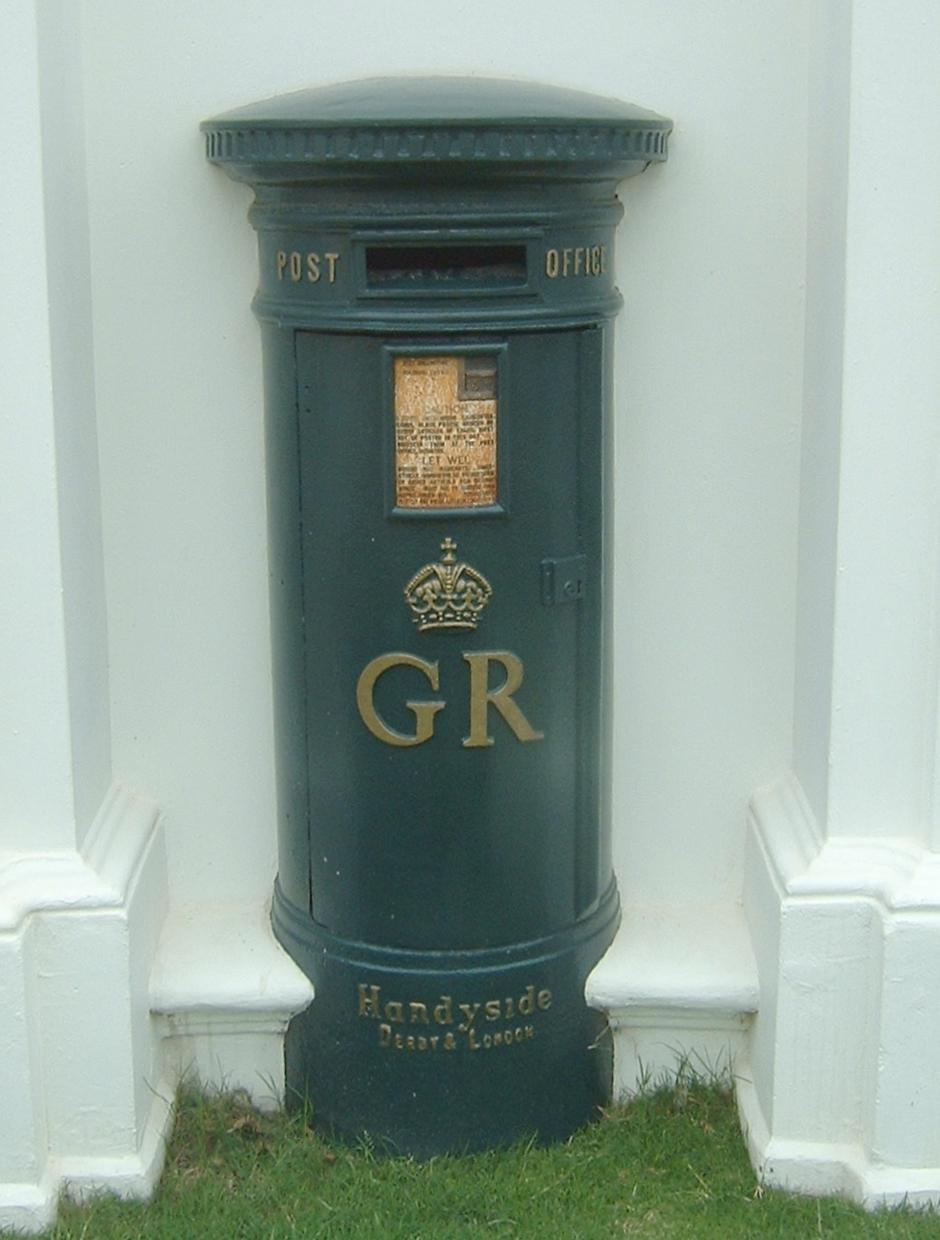 Sue has done extensive research on Cock, his wife Elizabeth, and their 11 children, 8 of whom reached adulthood. Many of the Cock descendants still live in the Eastern Cape and were instrumental in much of the academic history and "myth swapping" of Richmond House. "It became extremely personal. The more I researched Cock, his activities, and the people around him, the deeper I became involved in this wonderful history. I found myself at times thinking about Elizabeth Cock watering her roses with the water left over from baptisms that took place in the house, the 3 children she lost, and wondering if William would have approved of this or that, for example what music he would have enjoyed in his evenings here at home," said Sue.

The name "Cock's Castle" has its own interesting origin. "Cock served on the Cape Legislative Council from 1847 to 1853 and 1856 to 1868. All the Cape Governors in their time held meetings or were entertained at Richmond House, and on the last occasion when Sir Bartle Frere visited, he jokingly coined the name 'Cock's Castle', which endured until recently." Both William and Elizabeth Cock are buried in the West Bank cemetery in Port Alfred. 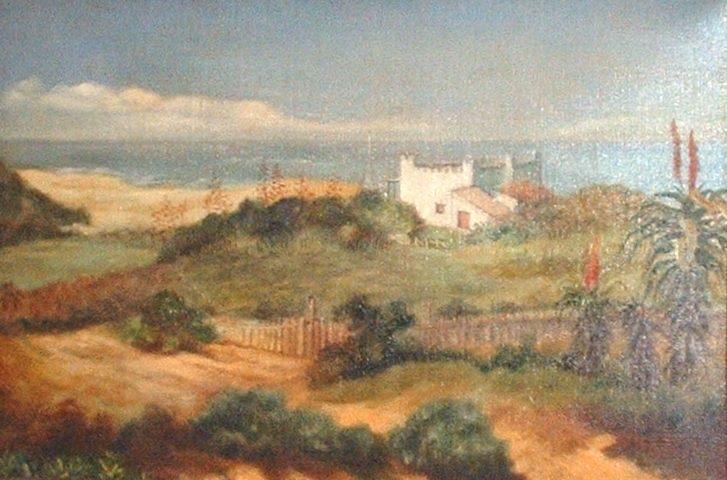 The Gordons converted the 1943 crenellated staff quarters into the Richmond House Museum and Music Room, where the history of this magnificent property and its colourful owners is displayed. It is in this music room that Sue is re-enacting the great musical performances, high teas and cultured afternoons of that era. The Gordons have managed to salvage for the museum conversion many remaining artefacts, including both original fireplaces, the original "Cross-and-Bible" front door, a number of light fittings, a kitchen dresser, and cast iron garage pillars from the 1920s and 30s. There are timber floorboards, the original foundation masonry and the original millstone from Cock's steam mill on Kowie's West bank, as well as Victorian and Edwardian porcelain, glass bottles, fragments, and the family Bible of Cornelius Cock, William's 2nd surviving son. 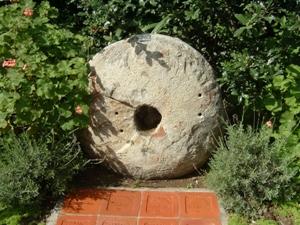 Richmond House was established during times when buildings were built to last. The foundations were built over 3m deep to access the stable earth below the stand, while some of the walls were built 60 cm thick. The roof was flat, probably with tarred canvas on boarding. It may have been strong enough to hold small cannon. Trapdoors allowed access to both roof and seller. The ceiling was yellowwood, hidden from below by boarding panels, while the windows, mainly sash windows, had inside shutters and finely moulded detail.

"In 1999, most of the old floors were a dark wood, but the passage was still yellowwood. Cock reputedly imported oak for all the woodwork, but in 1999 there was no evidence of this," Sue says. Both a beacon and flag staff were erected around Cock's time. The flag staff base is still on site, as are the underground water tanks.

Another cannon at Cocks Castle Port Alfred via Bev Young.jpg 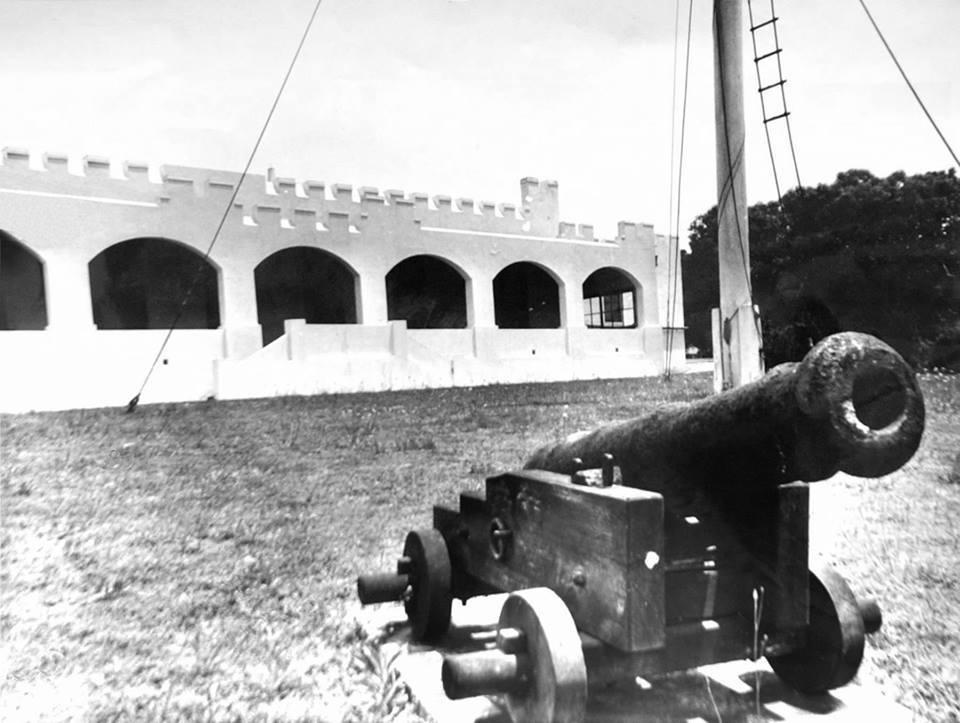 Cannon and flagpole in front of Cock's Castle (source unknown) 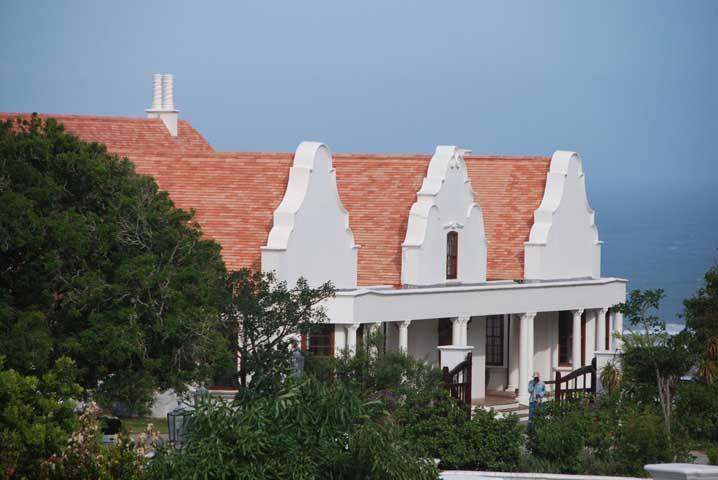