TD Ravenscroft and his photography

Following my earlier post on T D Ravenscroft (click here to view), I have delved a little further into a couple of online archives and printed bibliographic records.

There is a most comprehensive entry for T D Ravenscroft in Vol 3, page 702 of the Dictionary of South African Bibliography  (HSRC, 1977). This entry, by M Bull records Ravenscrofts’s dates precisely as 1/5/1851 to 24/3/1948. In brief, Ravenscroft in 1869 was a pupil of the photographer William Moore of Hout St Cape Town. He married Elizabeth Viljoen of the Robertson district in 1871 and within a few years had set out with his wife by oxwagon on a journey for Krugersdorp and the Victoria Falls with their two young children. The photographic interest is that this resulted in a record of some 3000 scenic photographic views and panoramic views. “He first captured a panoramic view of the place by photographing it from a high-lying position; he then took more detailed pictures of the buildings, farming operations, mountain passes and whatever else was of interest”.  (It would interesting to have a more precise time line for that clearly historic series).

The DNB records that it was in the late 1890s that Ravenscroft became “the unofficial agent of the Cape Government Railways when commissioned to photograph all towns, cities and places served by the CGR, and between 1890 and 1909 his pictorial history of railways and places was “unequalled in breadth and detail”. The 1977 glass negatives were bought from Ravenscroft by the South African government in 1945 and ultimately went into the Cape Archives as the Ravenscroft Collection. In 1900 Ravenscroft opened a photographic studio in Rondebosch and became known for his photographic portraits of prominent men including Cecil Rhodes.

From 1918 to 1948, during the final phase of his life, Ravenscroft lived in Hermanus and practised photography from a wooden studio. Ravenscroft was also a keen astronomer, a Bible student and an open air preacher. His eldest son was Thomas George who was also a photographer who predeceased him by a few months.

According to the Cambridge University Photographic Record:

Thomas Daniel (T.D.) Ravenscroft had a studio at Rondebosch, Cape Town, South Africa. According to the Ravenscroft family website (www.ravenscroft.za.net) he started taking photographs in the late 1800s. During the first decade of the 20th century he was commissioned by the Cape Government to take photographs of all towns in Southern Africa, including Rhodesia. He later opened a photographic studio in Riebeek Street, Malmesbury, producing postcards. In the 1930s he moved to Hermanuspieterusfontein (now called Hermanus) where he opened a studio. He died there in 1948.

I  have also  picked up a brief  reference to the work of Ravenscroft in A D Bensusan’s book The Silver Image. Fuller information on Ravenscroft is to be found in Hans Fransen’s Old Towns and Villages of the Cape (published by Jonathan Ball, 2006). In a section “About this Book”, Fransen provides a short biographical thumbnail sketch of Ravenscroft, and takes something of a critical line towards his photographic work. 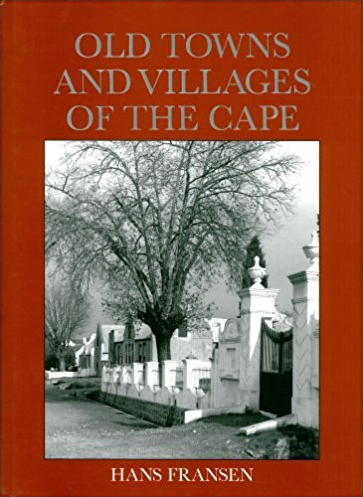 However, the fullest currently published examples of the work of Ravenscroft (his photographs of the towns of the Cape) is contained in this important comprehensive study of the old towns of the Cape Colony. Ravenscroft stands along with Arthur Elliott and the Gribble family of Paarl as early photographers of Cape Town and Cape towns and villages. Fransen mentions that one difficulty is the lack of dates.

There is a 36 page album of photographs of Cape Town and the Peninsula. Some of the photographs are attributed to photographers such as Arthur Elliott (including a series of interior views of Groote Schuur house), T.D. Ravenscroft and E.J. Steer. The centre double-page spread is a fine panorama of Table Mountain with the city laid out before it.

Cape Town and the Picturesque Peninsula - Cape Times - Circa 1909.png 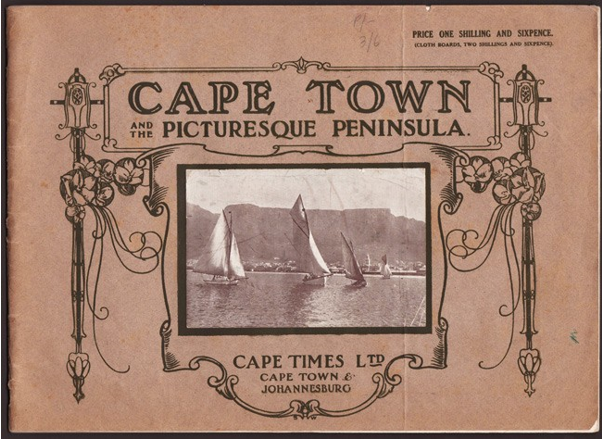 A South African Bibliography, volume 1, page 463, describes a first issue with hard yellow covers but does not include this issue in the light card wrappers. No publication date is given but the South African Library accession date is 9.11.1911.

The illustrations below have been sifted from the Web and the real collecting interest is to search for early Ravenscroft photographs on postcards. He was clearly someone of huge output and now recognized as an important photographic figure in recording the Cape and South African scene during a very long life. Whilst Ravenscroft is recorded as a photographer of Rhodes and I have traced his photographs of Groote Schuur (for example the Thomas Fuller biography of Rhodes has several Groote Schuur Ravenscroft scenic photos), I have yet to marry a specific photograph linking Ravenscroft (as photographer) to Rhodes (as subject). Anyone able to help? (feel free to add yout comments below). 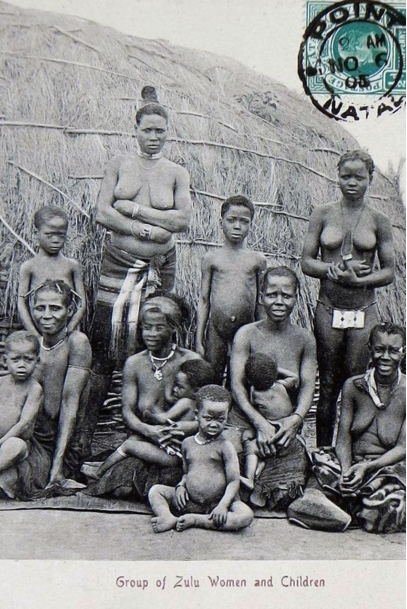 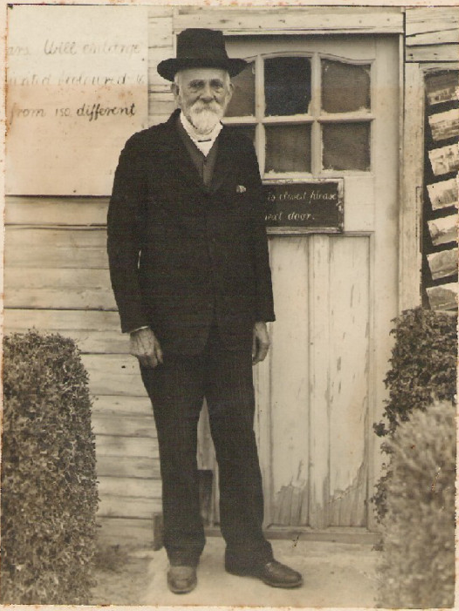 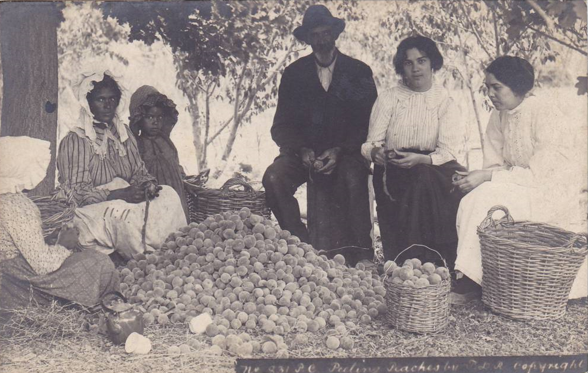 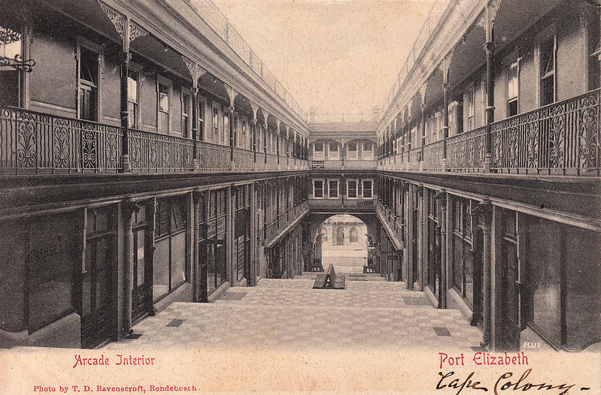 Photo of Table Mountain when it snowed - 1909 TD Ravenscroft.png 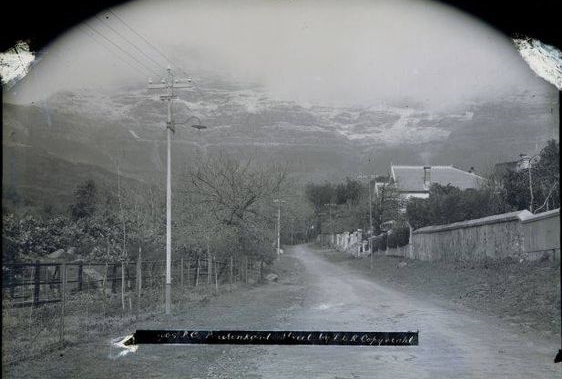 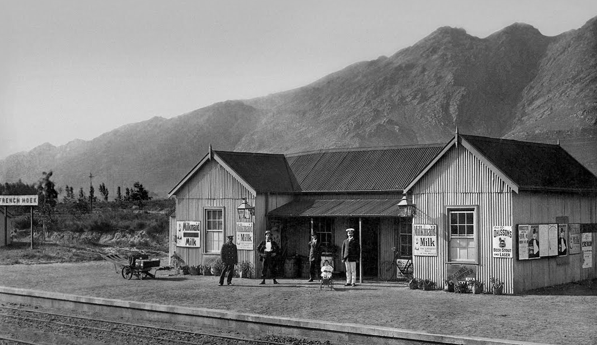 Stamp of T D Ravenscroft (via the Franschoek Museum)

Panorama of Cape Town by Ravenscroft 1905 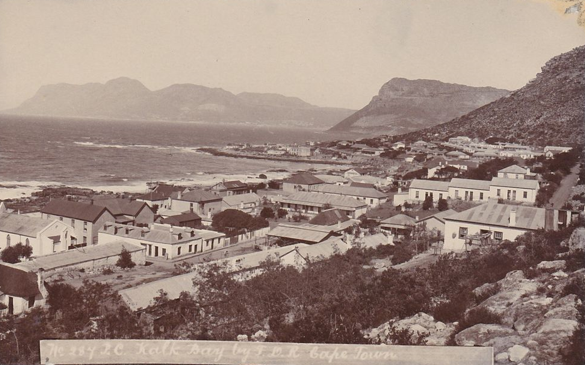 The Fountain Rondebosch by TD Ravenscroft.png 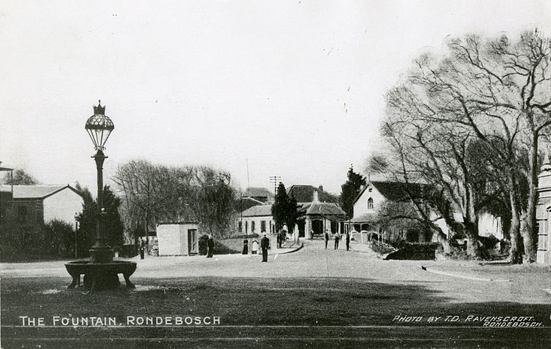 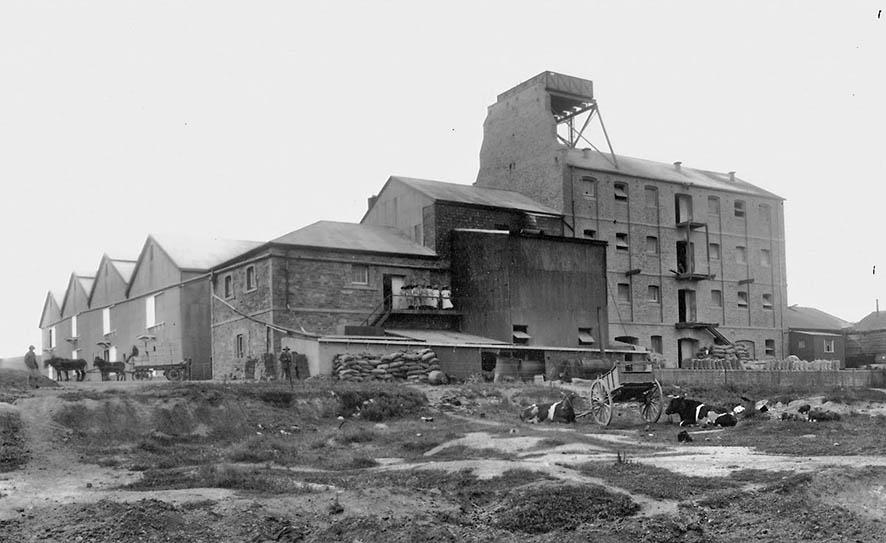