Drawing on a rare collection of souvenir photographic printed albums of Johannesburg, dating from the period approximately 1890 to 1910, we are able to build up a composite picture of Johannesburg's main thoroughfares, buildings and street life. These visual images show how Johannesburg's founding and growth coincided with the coming of age of photography.

These albums are to be auctioned at a Jelly Fish Tree online auction in late January 2018 (click here to view website), but ahead of the auction I photographed a selection and present a few images here as an exclusive record and an early alert to an opportunity.

This particular album titled 'Souvenir of Johannesburg' has no printed date but has the name Maude M Morgan and the message 'from NCH' on the cover, plus the hand written date 'January 1902'. The name of the publishing photographer is Mendelson and Bruce Ltd., Johannesburg and London. This set comprises 16 hand coloured images, slightly out of focus, they look almost like period post cards. Each picture is on a separate page and is pasted down on thick ivory card paper embossed with a decorative  pink floral edge.

Souvenir of Johannesburg circa 1902 - cover.JPG 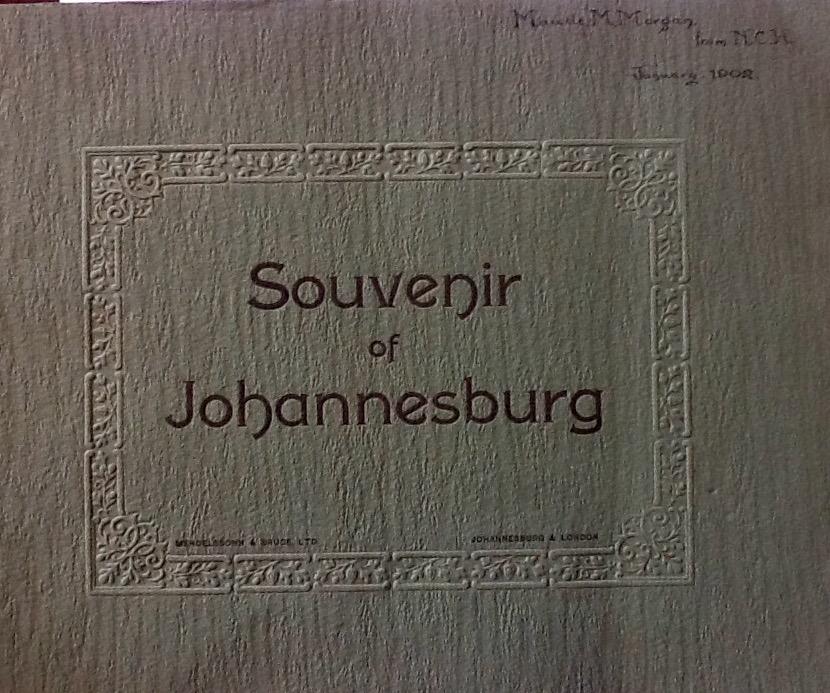 1902 was the year of the return of peace. Pretoria and Johannesburg now fell under British rule with the Transvaal an occupied province. Lord Milner arrived in Johannesburg in March 1901 and took up residence at Sunnyside in Parktown. As South African High Commissioner and Governor it was his task, even before the end of the Anglo Boer War (South African War), to restore the essential facilities of the town, revive and restart the gold mines, reconstruct the social fabric of the Transvaal and so revitalize and relaunch the post war economy. He saw Johannesburg and its gold mining industry as the golden key to South African recovery.

People needed to see that it was safe to return to the town and bring back their families. The circulation of this type of souvenir album highlighted the accessibility of the town, the bustle on its streets, the functioning of public transport and the normal look of peaceful suburban houses with laid out streets, trees and neatly fenced yards. Substantial business premises with decorative touches as well as turrets and clock towers revealed Johannesburg as a place of promise.

These photographs were probably taken before the war and had almost become stock images. The interest lies in the hand coloured artistic effect and the survival of an album of this quality.

I am writing this from Peru where I have spent significant time in the Museum of Arts of Lima and found that there is huge interest in the photographic image from the colonial days of the city. There were two exhibitions up of early photographs of Peru. Lima has sought and saved portrait photographs of prosperous citizens which were  given artistic treatment with an overlay of oil paints. The photograph was a new medium and could, so it seemed, change the function and purpose of documentary  recording and give a created accuracy.

It brought home to me the quality and interest of this particular early collection of Johannesburg, Pretoria, Transvaal and South African images.  We should  be understanding the value of these albums. Here is an opportunity for preservation and presenting an exhibition. Yes, we do have the Barnett Collection but these printed albums from diverse sources add another rich documentary seam. The photograph becomes a different type of art work that now reaches a mass market. 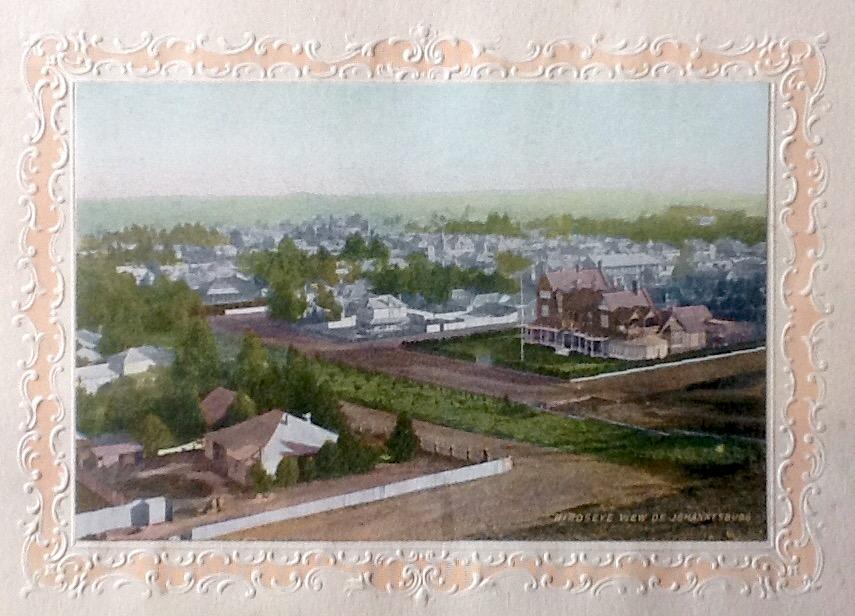 Birds eye view of Johannesburg. This photo appears to have been taken from Doornfontein in the region of Saratoga avenue and End street 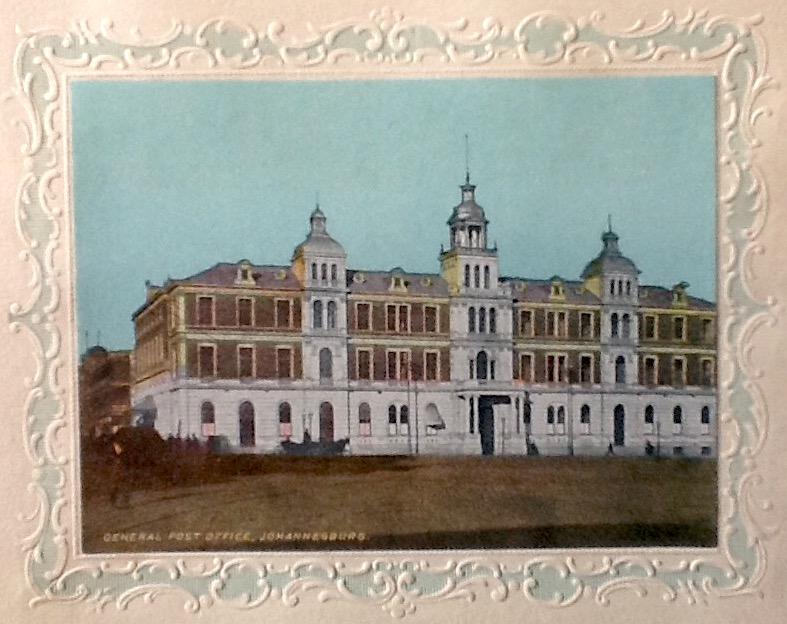 General Post Office, Johannesburg... This is the Rissik Street Post Office facing the Market Square, still in existence but awaiting restoration following the disastrous fire a few years ago. 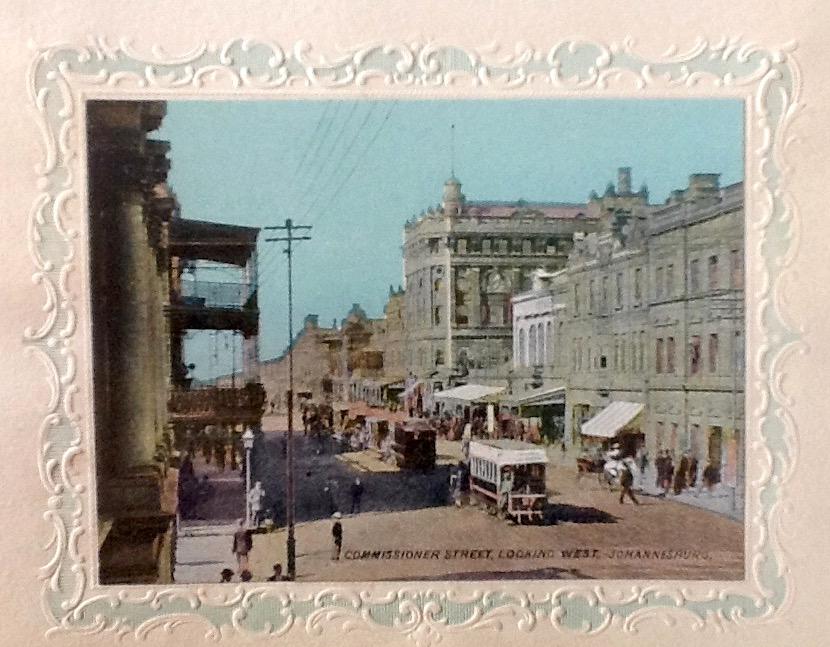 The Main Reef Road - Souvenir of Johannesburg circa 1902.JPG 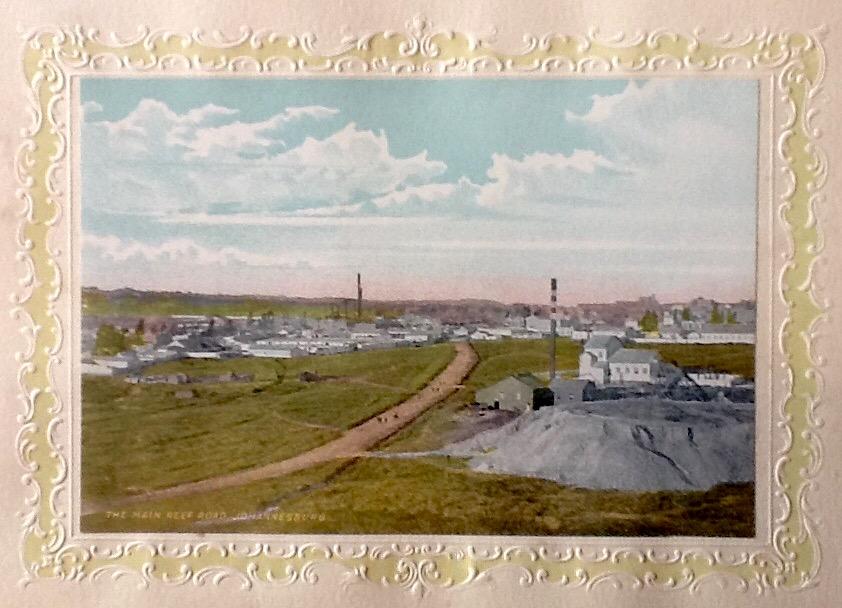 Main Reef Road. This is a particularly interesting photograph showing the principal access road into Johannesburg from the south west with a mine tailings dump rising in the foreground. The Main Reef Road was the highway of the day for wagons and carts. 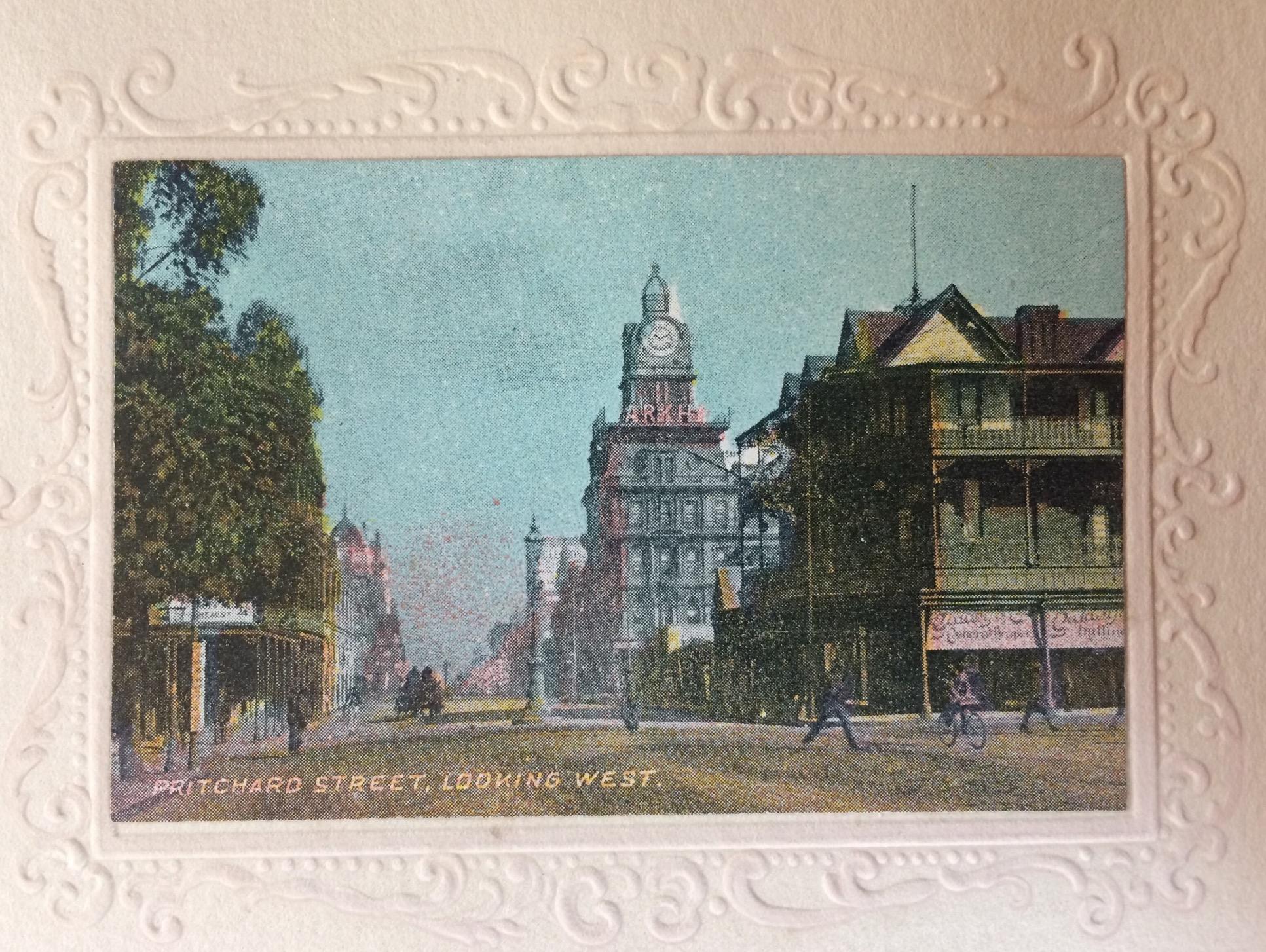 Standard and Diggers News - Souvenir of Johannesburg circa 1902.JPG 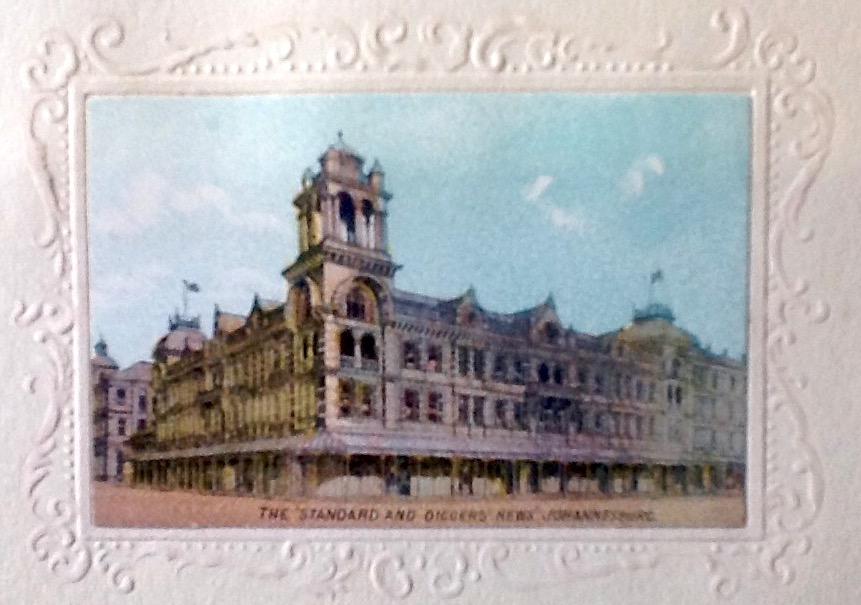 The Standard and Diggers News. The principal newspaper offices.