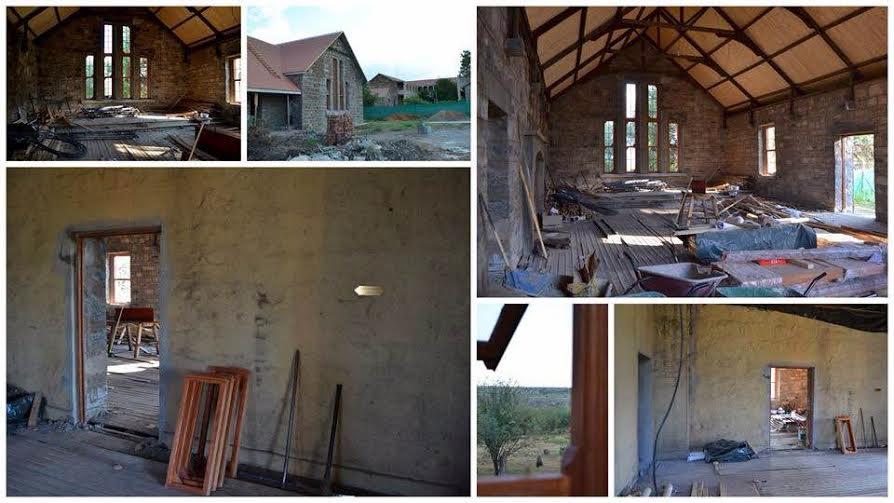 Friday 16 October 2015 was a very special day in the history of Tiger Kloof. We opened of the Old Tigers' Hall (which use to be a girls dining hall before apartheid's Bantu Education Act closed the school). The renovated building is dedicated to the memory of all the Old Tigers who attended the institution from 1904 until it was closed in 1962. The building had been derelict for 52 years until last year, when a grant from the Anglo American Chairman's Fund enabled renovation of the old school's girls dining hall.

Amongst the honoured guests was Archbishop of Cape Town Njongonkulu Ndungane, Sir Ketumile Masire former president of Botswana, Dr. Gaositwe Chiepe (Botswana's first minister of education) and Archie Mogwe (Botswana's first minister of foreign affairs). The occasion would have been co-hosted by Dr. Ruth Mompati (former South African ambassador to Switzerland), who was a former student and patron of the school. Sadly she passed away this year. 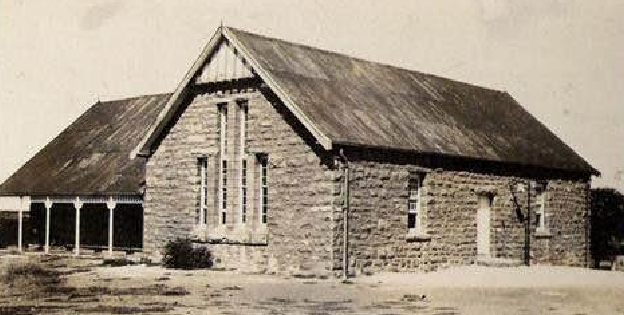 Tiger Kloof Educational Institution was founded in March 1904 twelve kilometres south of Vryburg, where the Rev. WC Willoughby unpacked a borrowed wagon and started to build a school with great cooporation and assitance from the Batswana chiefs in the area. After the discovery of diamonds and gold and the building of a railway between Victoria Falls and Kimberley, the London Missionary Society (LMS) decided to open a school that was more accessible to students than the Kuruman Mission where the one of the first schoolroom north of the Orange River was built in 1829.

In Setswana Tiger Kloof is known as Moeding – place of running water. An oasis in the desert, the Institution would become an historically notable missionary school in Southern Africa. From its inception the Institution committed itself to excellence in academic and technical training. With the appointment of the Rev. AJ Haile as principal in 1914, the Institution expanded to become a centre for elementary, higher and specialised education with a teachers’ training college, a bible school for the training of christian ministers, and an industrial school incorporating domestic science, spinning and weaving, masonry, carpentry, leatherwork and tailoring.

Working together with his students, Mr Ballantyne, the Institution’s masonry instructor for over 30 years, began to build the Arthington Memorial Church in 1925 using dressed dolomite quarried within a few yards of the building itself. The church was completed in 1933. Described as a “symphony in stone”, many of the original buildings still stand as testimony to the dedication and hard work of the founding missionaries, educators, learners and staff that have passed through the gates of Tiger Kloof.

In addition to many craftspeople, teachers, farmers and ministers, Sir Seretse Khama and Sir Ketumile Masire, the first and second presidents of Botswana, were educated at the school. Almost the entire first cabinet of Botswana consisted of former Tiger Kloof students, and other alumni reached high office in several African countries. These include Ruth Mompati, a former South African ambassador to Switzerland.

Early in 1956 the LMS, after long deliberation, withdrew from Tiger Kloof when the Rev. Aubrey Lewis was principal of the school. This was in protest against the Bantu Education Act, which was designed to ensure that black South Africans would not rise above their designated station in life as “hewers of wood and drawers of water”.

Tiger Kloof continued to function under the auspices of the state, with resistance against political manipulation coming from both the Old Tigers and the learners of the time. Several of the buildings were burned down and the school was eventually closed in 1963, with the area being declared a “black spot” in terms of the Group Areas Act.

A year earlier, however, in fulfilment of its commitment to the Batswana chiefs, the LMS built a replacement school in Otse, on the road to Gaborone. To symbolise continuity with Tiger Kloof, it was called Moeding.

In 1991 a meeting of Old Tigers was initiated by the Rev. Joe Wing, a former LMS missionary and a minister of the United Congregational Church of Southern Africa (UCCSA), to investigate the possibility of reopening Tiger Kloof. The following year a Board of Directors was formed and David Matthews, retiring principal of Maru a Pula School in Gaborone, was appointed to facilitate and guide the rebirth of the Institution. Together with Ruth Mompati, George Mosiapoa, Archie Mogwe and others, the reconstruction of Tiger Kloof began.

A portion of the original property was acquired, and buildings were renovated. With David Matthews as principal, the official opening of the new Tiger Kloof Educational Institution was celebrated in October 1995, eighteen months after South Africa’s first democratic elections in 1994.

Aubrey Lewis, well into his eighties, returned from England for the celebration. Gail du Toit, the current principal of the school, remembers Lewis telling the audience that on leaving Tiger Kloof forty years earlier he had bade the students and staff goodbye with the words “until we meet again”, without any thought that he would again see the Institution or his co-workers. “There was hardly a dry eye in the assembly,” says George Mosiapoa, an Old Tiger and former chairperson of the Board of Trustees. “It was time to start again. The school we see today was reborn on that emotional day.”

The remainder of the Tiger Kloof property was returned to the Institution through the land restitution process in September 2004. This heralded a new phase in the development of Tiger Kloof with the opening of a primary school.

Later on Peter Habberton became rector of the Institution. The restoration of buildings laid to waste by the apartheid regime continued. The further development of the academic programme persists and a new vision is unfolding on the foundations first laid by those who dared to build, a school that others later sought to destroy.

After and Before Comparison