A Short History of the Battle of Dwarsvlei 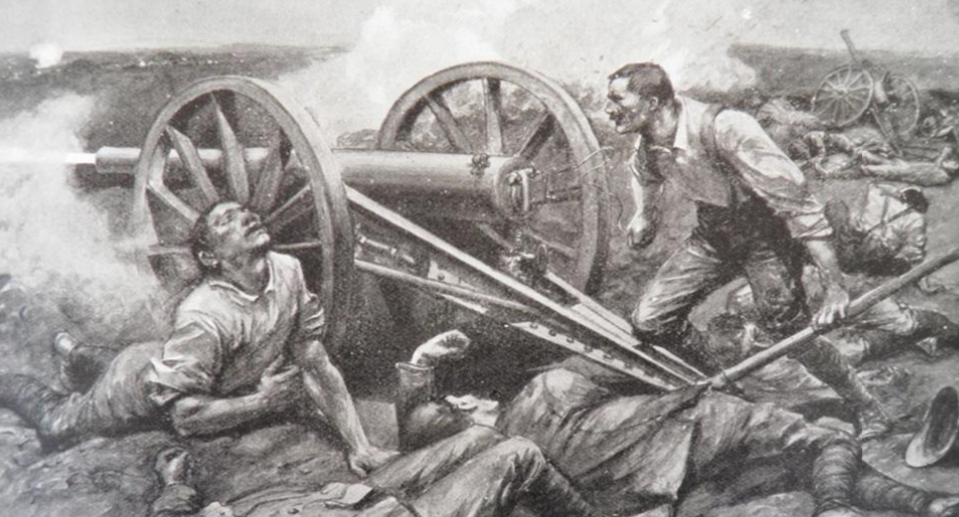 By June 1900 the British had occupied most of the large towns in the Transvaal Republic, but the Boers still controlled the Magaliesberg rural areas and Rustenburg was virtually besieged. On 11 July 1900 a column of mounted infantry and artillery under the command of Major-General Smith-Dorrien left Krugersdorp to clear the Boers from their Magaliesberg strongholds and relieve the pressure on Rustenburg. The column comprised 1300 men, mostly of the renowned Gordon Highlanders regiment, and further reinforcements from Rietfontein Camp were to join them at Hekpoort.

About 15 km outside Krugersdorp, close to the modern Maropeng Visitors Centre in the Cradle of Humankind, they were confronted by General Sarel Oosthuizen’s Krugersdorp Commando. Oosthuizen had already won fame for his leadership on the Natal battlefields, notably the capture of Winston Churchill, but this was to be the first engagement by re-recruited burgers who had already surrendered and taken an Oath of Allegiance.

Location of the Battle of Dwarsvlei in the Magaliesberg Biosphere Reserve - via Vincent Carruthers.jpg 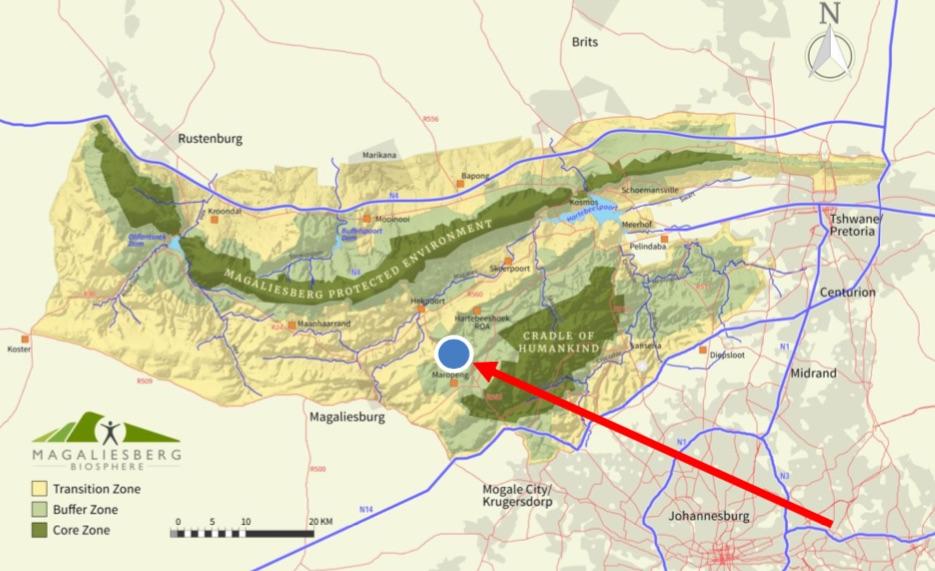 Location of the Battle of Dwarsvlei in the Magaliesberg Biosphere Reserve

Oosthuizen chose his own farm, “Dwarsvlei”, to be the battlefield. It was an ideal place for an ambush where the Witwatersberg ridge overlooks an intersection on the Krugersdorp- Hekpoort road. He did not have a large force – some 750 men confronting a force twice its size – but he deployed them along the crests of the surrounding hills, and they waited in silence as the British marched towards them. When the column reached the intersection, the Boers opened fire.

The battle that followed was distinguished by extraordinary acts of courage on both sides. Smith-Dorrien’s artillery galloped forward into a gap between two koppies near the top of the ridge, but Boer riflemen held the high ground on either side of them. Within half an hour 14 of the 17 gunners had been hit and their horses were shot down in their harnesses. Wounded men lay trapped behind hastily constructed sangars.

The section commander, Lieutenant Turner, who was wounded three times, continued to fire the guns alone (see main image). Later, Captains W.E. Gordon and D.R. Younger of the Gordon Highlanders each won a Victoria Cross for attempting to manhandle the guns to safety. Corporal J.F. Mackay, who had already won a VC two months previously, was also recommended for decoration for carrying the mortally wounded Younger out of the firing line.

Vincent Carruthers Rory Taylor and Okkie Ooshuizen with the blue plaque for the Battle for Dwarsvlei.png 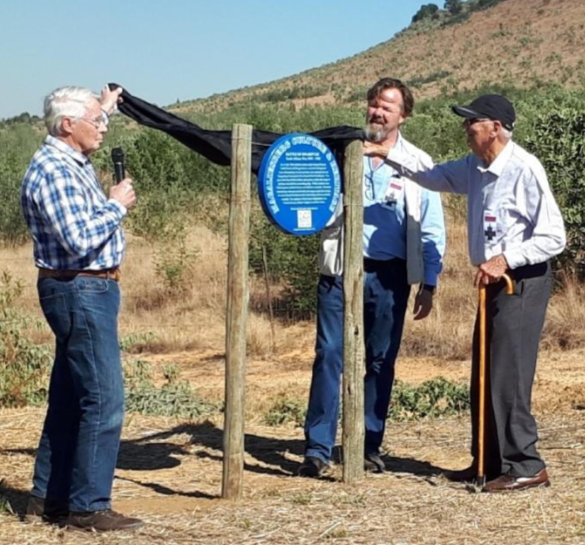 Vincent Carruthers, Rory Taylor and Okkie Ooshuizen unveil a blue plaque for the Battle for Dwarsvlei

The battle continued all day with the Gordon Highlanders holding off heroic Boer attempts to capture the guns and wagons. At dusk General Oosthuizen led a final and desperate charge against the guns. Just a few metres from his objective he was mortally wounded and died some weeks later. With the loss of their leader the Boers fell back and once it was dark, the British managed to limp back to Krugersdorp. 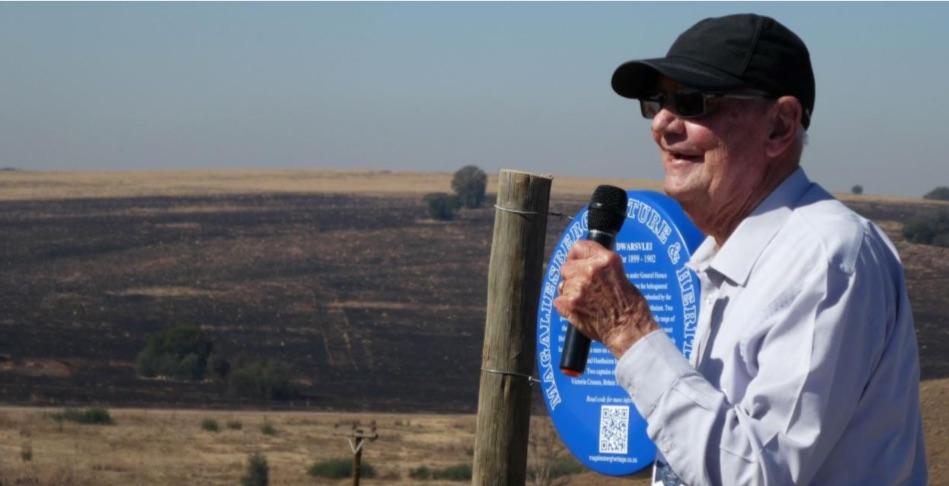 Okkie Oosthuizen, great grandson of General Sarel Oosthuizen, unveiling the Blue Plaque on a temporary stand on the Battlefield

The graves of Sarel Oosthuizen and Captain Younger lie a few metres apart in the Krugersdorp cemetery. Besides the Blue Plaque, no other monument commemorates the site where the Boers lost one of their most gallant generals and where two British soldiers won their country’s supreme decoration for valour.

Further reading on the Battle of Dwarsvlei