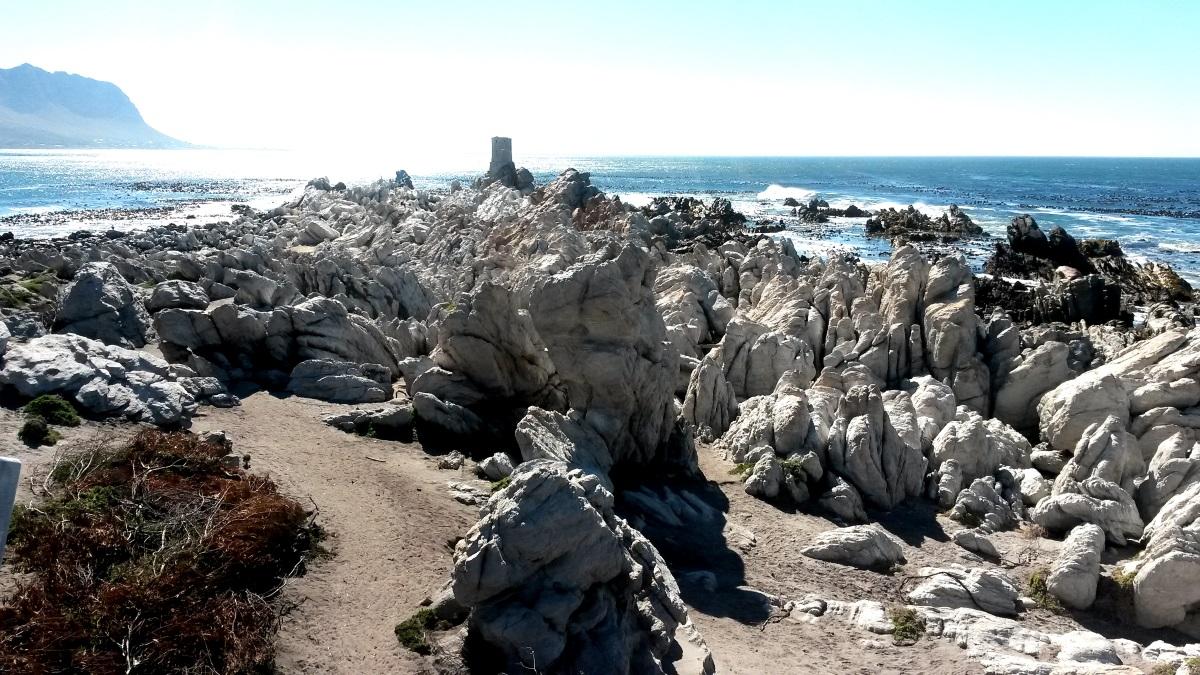 In recent years, the coastline of the Overstrand Municipality has become closely linked with whales. The ‘Cape Whale Coast’ logo appears on virtually every website for tourists from Pringle Bay to Danger Point and beyond. Hermanus has promoted itself as having ‘the best land-based whale watching in the world’.

In the 21st century, this linkage is positive. Whales – and, especially, Southern Right whales – are now generally respected as a form of ‘gentle giant’ in nature and as a species that came back from near extinction by human beings. Their numbers along our coast are growing at 7% to 8% per annum, which is as rapidly as is consistent with the female’s gestation period. A count in October revealed over 5000 adults along the South African coast, many adult females with calves.

But they are a long way from reaching their estimated numbers before human beings found uses for virtually every part of every whale and hunted them relentlessly and with extreme cruelty. Of course, no official surveys of numbers were ever done while whales were hunted, but informed estimates put the original  population of southern right whales at hundreds of thousands, rather than tens of thousands. Today, the southern right population is estimated to be 3000-4000.

In Walker Bay two localities were engaged in whaling in the 19th and 20th centuries. These were Gansbaai and a little known locality called Stony Point, then on the farm Waaygaat. The site is located in an area which, despite its simple name, has a complex history - Betty’s Bay, which occupies the area between Cape Hangklip and Kleinmond. By the 19th century, the site had been divided into four farms, some with intriguing names: Waaygaat; Buffelsvallei; Papenskuilsfontein; and Roode Els Rivier. The earliest of these (Waaygaat) had been occupied on the quitrent system in 1739 and the others by different cattle farmers (“trekboere”) over the years.

In 1899 all four farms were consolidated and bought by brothers John and William Walsh, operating as Hangklip Beach Estates. But, it was clear that the Walsh brothers did not intend to farm. Rather, they were thinking of a holiday resort, or a housing development, or simply holding the land while it appreciated in value.

So it was no surprise when, in 1912, 30 morgen (60 hectares) was leased to Captain Frank Cook of Cape Town for three years to conduct a fishing and whaling operation. Whaling with all its profit and all its horror had come to the Overstrand.

Cook formed a company called The Southern Cross Whaling Company Ltd. and imported an experienced Norwegian whaler, a Mr Johannsson, who married a local girl. The construction of the whaling station was soon completed, and in 1913 two steamships operating as whalers were at work. These were the Blink and the Southern Cross. Between them they killed 179 whales in the seas off Cape Hangklip in 1913 and all were processed at the whaling station. 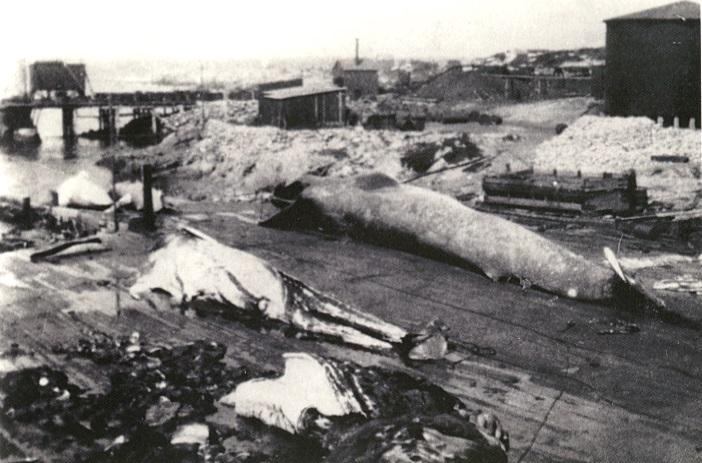 Old photo of whales being processed

The operation was quite sophisticated, with a variety of products being produced and transported to Cape Town. However, all work was done manually and the names of some of the tools used gives an idea of the work: cutting spade; blubber hook; blubber fork; blubber pike; boarding knife; mincing knife and leaning knife.

The names of the various buildings also give an idea of the operation: blubber house; meat house; guano factory; boiler shed. All the whale oil was exported to Europe where it was mainly used for lighting and lubrication.

The following year (1914) only 84 whales were processed and in 1915 none were caught. The Southern Cross Company went into liquidation in the same year, for reasons unknown. However, whaling started up again at once, as the Durban-based company, The Shepstone Whaling and Fishing Company, acquired the assets of the bankrupt Southern Cross operation. In the years 1916-1920 about 300 whales were killed each year by steam ships operating from the Stony Point whaling station. Three whaling boats are named in the records and 144 people were employed.

The new whaler was the Una, which was later scuttled alongside the slipway up which the dead whales were winched. Ostensibly this was done to create a breakwater, but probably it was for insurance reasons. Remains of the Una can still be seen. Wreck of the Una (via Robin Lee)

By 1917 the number of employees had increased to 220 and six steamers were at sea. The only remaining records show that 107 whales were processed between January and December 1920.

There are no available records of the precise methods used by the whalers from Stony Point, but they would have been relatively modern, as steamers were employed. The harpoon would have been of the exploding type, designed to penetrate about half a metre into the whale before a grenade attached to the harpoon explodes. Proponents of the method claimed instantaneous death for the whale, but records from the Norwegian Whaling Commission as recently as the 1980s show that 55% of whales do not die instantaneously. In fact the average time taken to die is 6 minutes, with one whale remaining alive for 57 minutes. Over a third of harpooned whales had to be despatched by rifle fire, after they had been harpooned. There are authenticated cases of whales being heard to scream during this time. 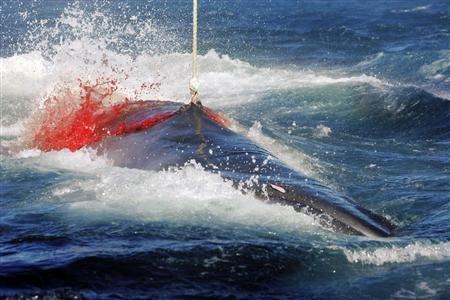 The Shepstone Company also experienced difficulties and over the period 1917 to 1920 the recently created firm of Irvin and Johnson acquired all the shares in the company. Whaling continued until 1930, but there are no records of the level of activity.

In 1935 the Walsh family terminated the lease at Hangklip and sold all their property holdings in the area to the Hangklip Syndicate Ltd. for the purpose of township development. The buildings at the whaling station were simply allowed to decay, and, while some, such as the oil tanks, have disappeared, other buildings, including the Manager’s house, still remain. Historically, the termination of whaling is easy to explain as other forms of lighting, especially electricity, became widespread, while increasing finds of crude oil and increasingly effective ways of deriving diesel and petrol from crude oil forced whale oil out of the transport market. Nevertheless, the whaling station at Stony Point certainly contributed to the precipitous fall in numbers of Southern Right whales, which was only reversed in the 1980s.

However, it is estimated that human beings have killed at least 155 000 whales since whaling began. Originally, a much lower figure was current, until the collapse of the Soviet Union brought to light 180 000 whale killings that had been concealed form European monitors.

The site at Stony Point has recently been upgraded because of its historical significance and informative signage erected by Cape Nature. It is well worth a visit, and is immediately adjacent to the growing penguin colony at Stony Point.