The path to one of the highest points in South Africa 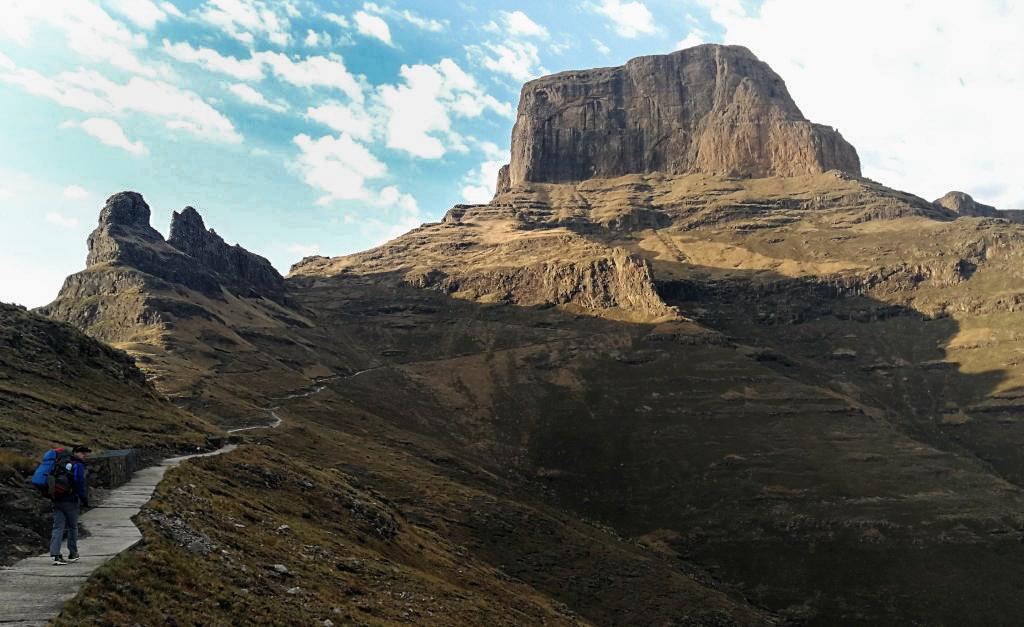 In a recent article, I described the road to nowhere (click here to read), that was the road leading up to the Sentinel car park. My focus was the area around Mont-Aux-Sources in the Drakensberg, and I highlighted how this car park made the Tugela Falls and the mountains around it that much more accessible to hikers. It has not always been that way. 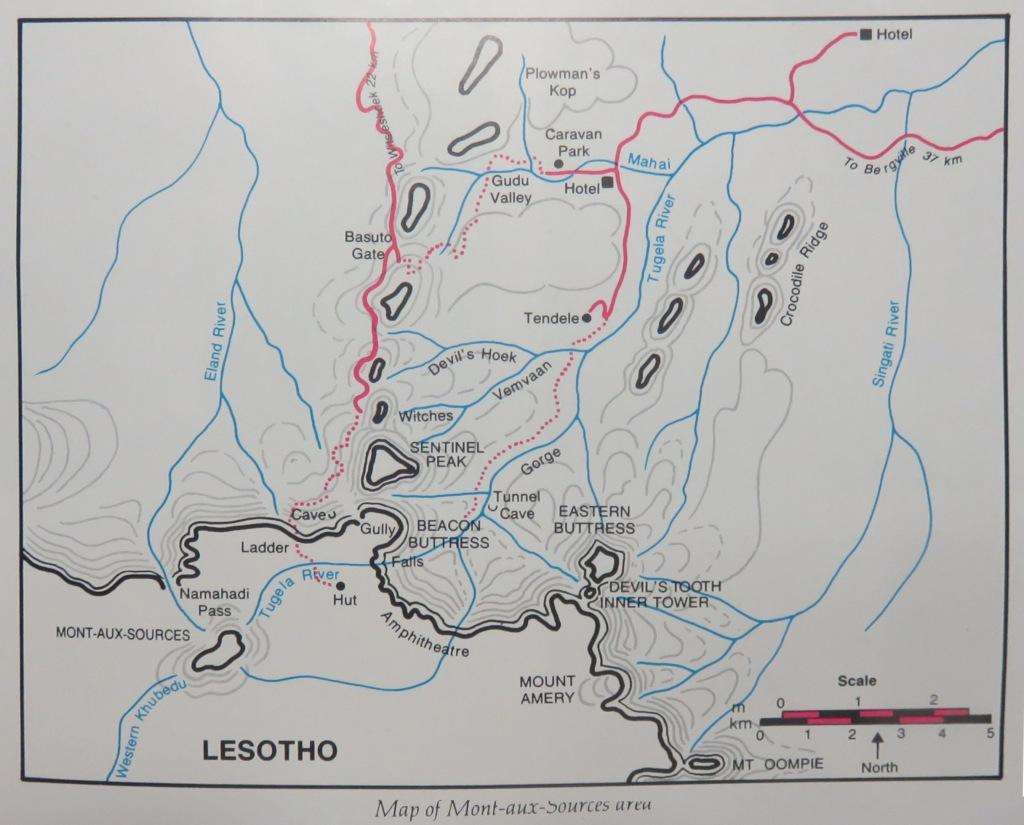 In the early days, hikers would come up from the Royal Natal National Park, cross over at the Basutu Gate, which is where the Witsieshoek Mountain Lodge is today, into the valley of the Elands River and then up Namahadi Pass. This was a 2 to 3 day trek. The trip was shortened by a path laid out by Walter Coventry. He was the lessee of the National Park hostel (later the hotel). This path would pick up from the Basutu Gate follow the ridge, past the Sentinel and up the Gully, which brought the hiker above the plateau of the Tugela Falls.

The path from the car park has seen some improvements over time. The Mountain Club cemented the initial stretch to the first section of the zig-zag. I don't know when that was, possibly in the 1970s. Further improvements have been made recently by Free State tourism, stabilising the path up the zig-zags and beyond using hollow bricks. 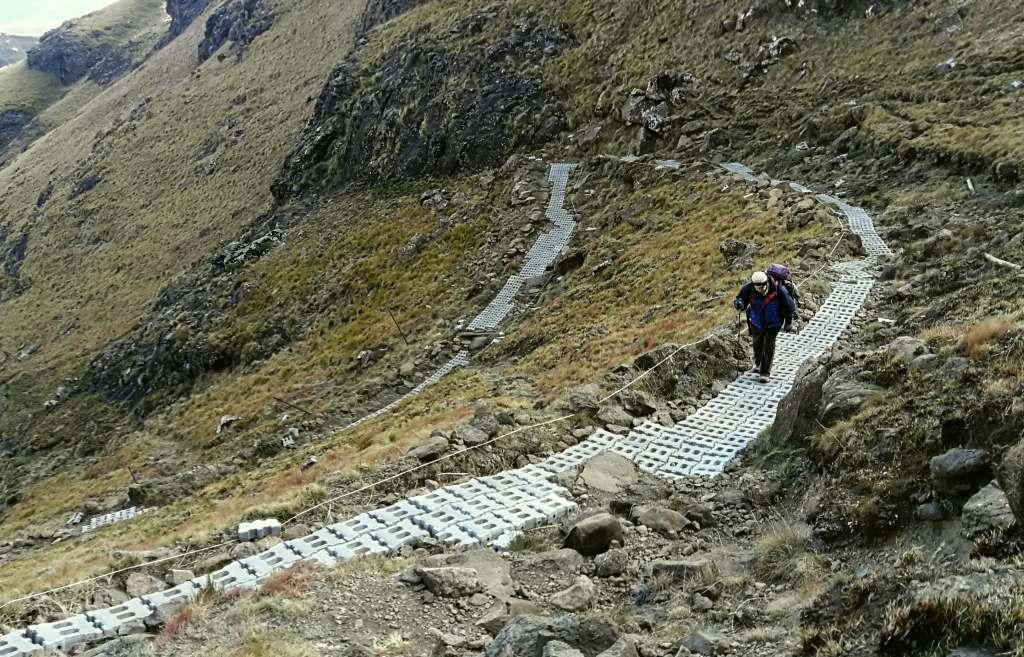 In 1930 the first chain ladder was installed by the Parks Board. It reduced the height to be overcome. Up the Gully, hikers had a difference in altitude of 150 meters to climb whereas at the chain ladder it was only 30. That at an altitude of around 3000 meters is a major saving in effort.

Because of 'heavy traffic' of hikers, mainly on weekends, a second ladder was installed, this could have been in the eighties. The ladder is over two stages, the first one straight up the rockface of about 15 meters and the second of about 5m. The first ladder having been installed in 1930 means it is now 90 years old. Next time I go up I will do an inspection of the links and the anchor points. 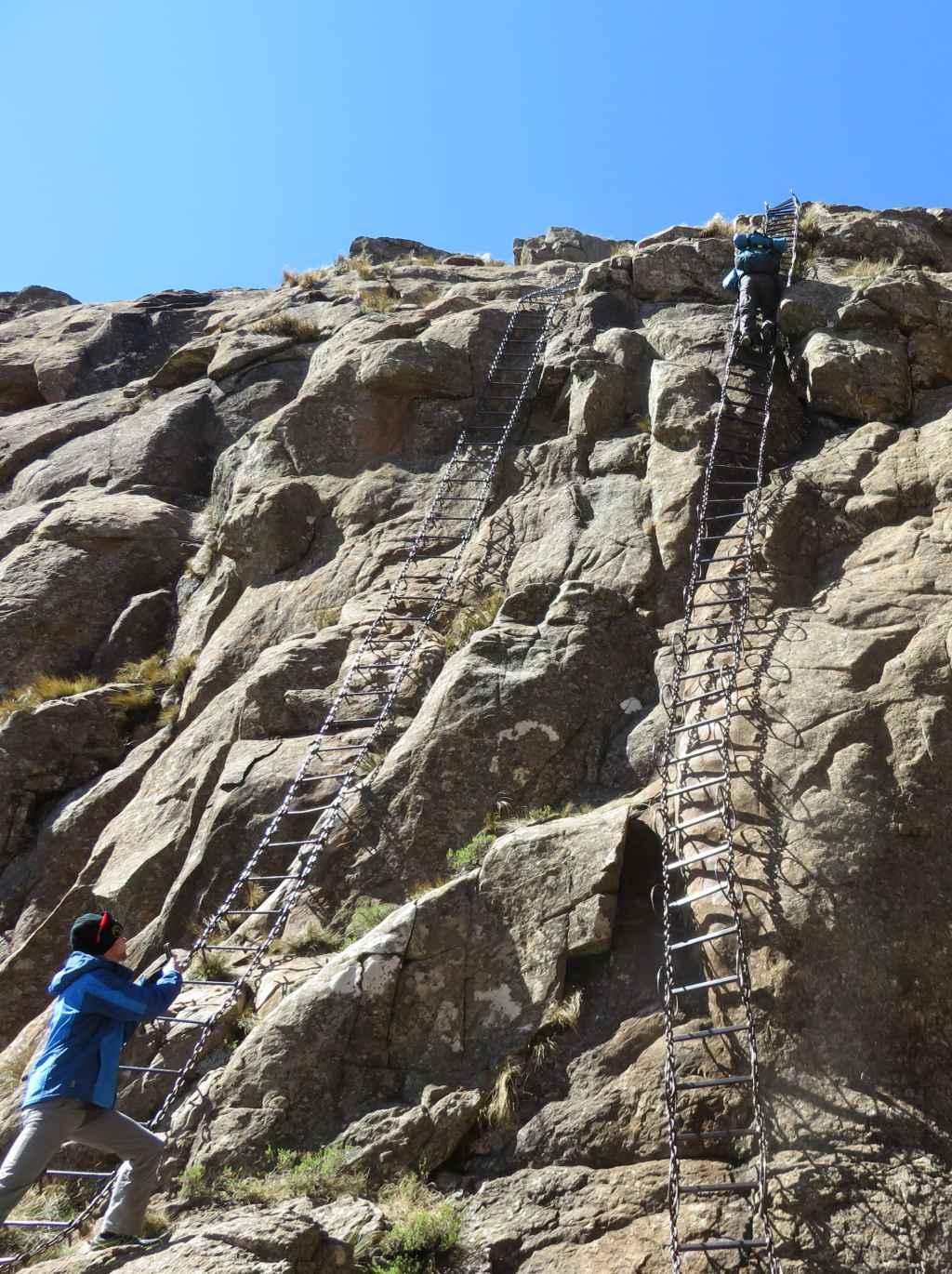 A convenient overnight stop for the hikers coming up from Royal Natal was the Sentinel cave, not far from the chain ladder. It is not used that much anymore. My friend Jim and I would use it by arriving at the car park on a Friday night and do a night walk up to the cave, that was after arguing with the guard that we don't want to pay for Friday. Going up the chain ladder and beyond the next morning. 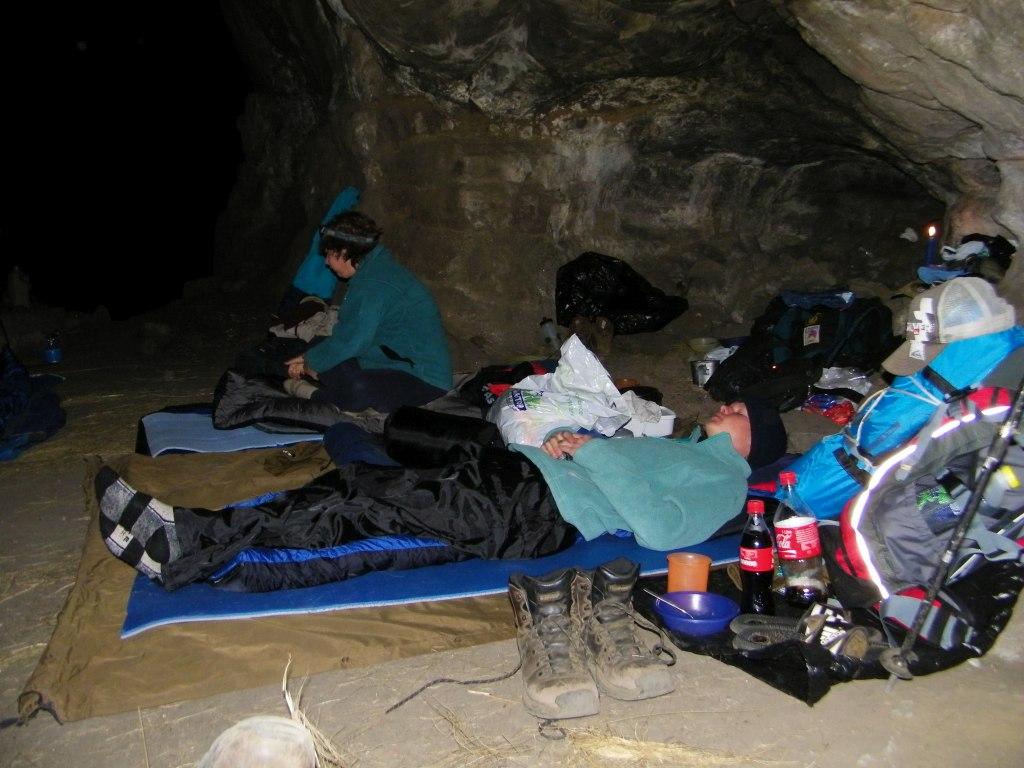 On the plateau of the Tugela Falls is the mountain hut. It was built by Otto Zunckel and his son Walter in 1930. Otto was running the hostel in the park at that time, which later turned into a hotel. Building the hut was a major undertaking since all the building materials, except for the stones, had to be brought up from the valley on a 21km footpath overcoming 1850m in height. The remnants of a winch near the chain ladders is a witness to that undertaking. 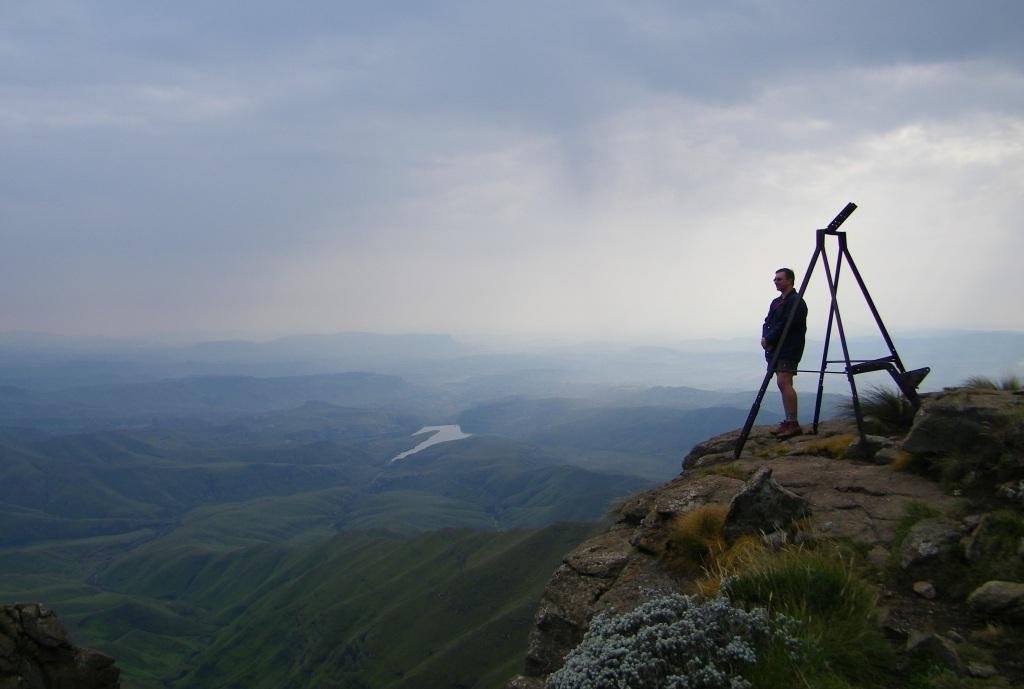 Although it was built by Otto Zunckel, the hut was the property of the Natal Mountain Club to be used exclusively by their members. The hut was well equipped with furniture and cooking facilities. Unfortunately, it got broken into and everything of value was stolen. For many years it stood there as an empty shell.

Mountain Hut on the way to Tugela Falls - Horst Muller.jpg 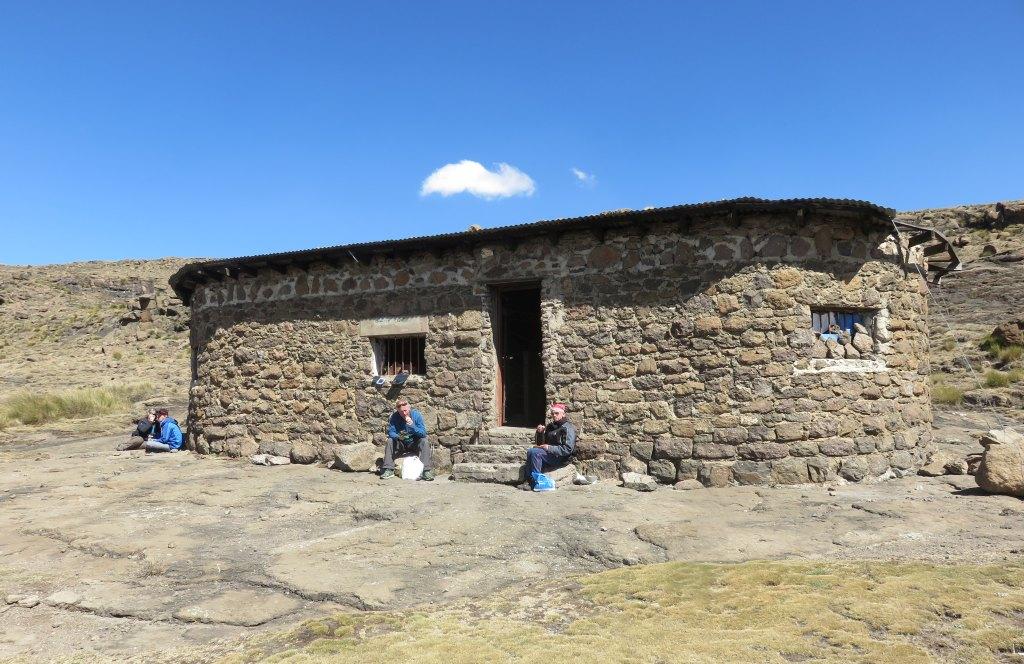 The Parks Board renovated it in 1986 to be used as a guard post, it was then permanently occupied

The situation now is that there are no more guards, the hut is empty. On a recent trip we used it by erecting our tents inside, it was a very cold night. Unfortunately, not all people coming up to use the hut bother to take their rubbish back down, the hut has thus become a rubbish dump. We corrected that somewhat during our visit, by making a fire with it to give us a bit of warmth. And it is obvious that not everybody knows how to behave, thus the need for a notice.

Notice inside the mountain hut on the way to Tugela Falls - Horst Muller.jpg 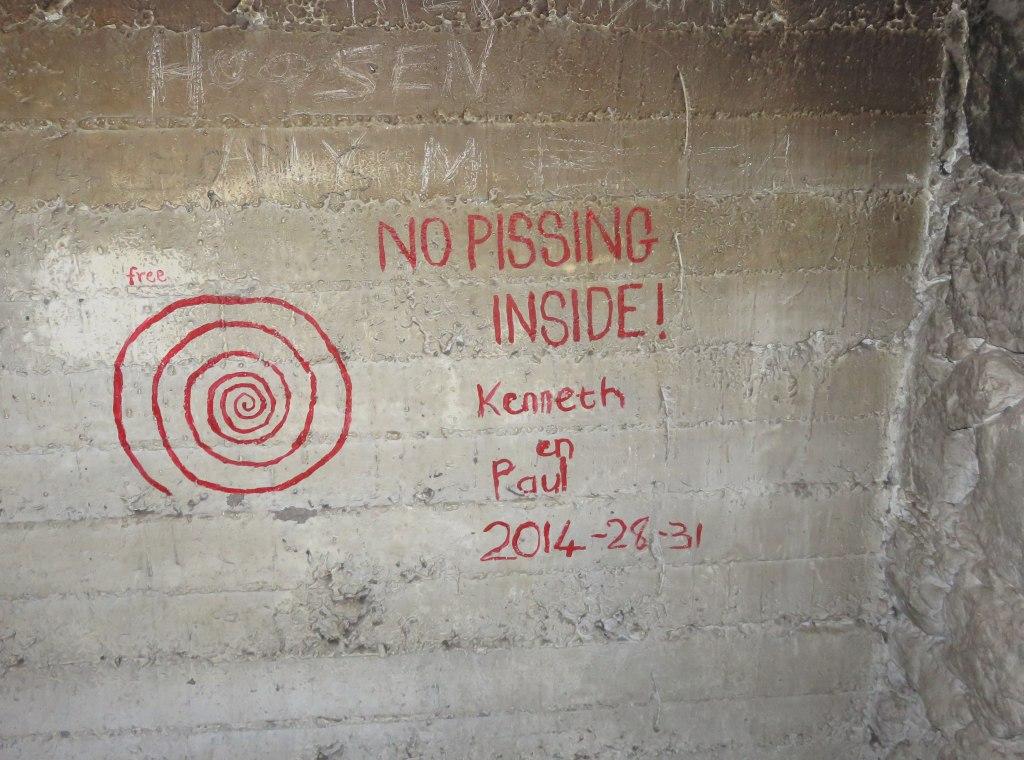 Alternative accommodation is found higher up on the mountain, that would be the Crow’s Nest cave. It is not very big and only holds about four overnighters. I always enjoyed staying there because looking out towards the east early in the morning over Natal the sky goes red and pink just before sunrise. Sorry, this is going beyond the scope of the heritage aspect, these were some great hikes and I am getting a bit nostalgic here. 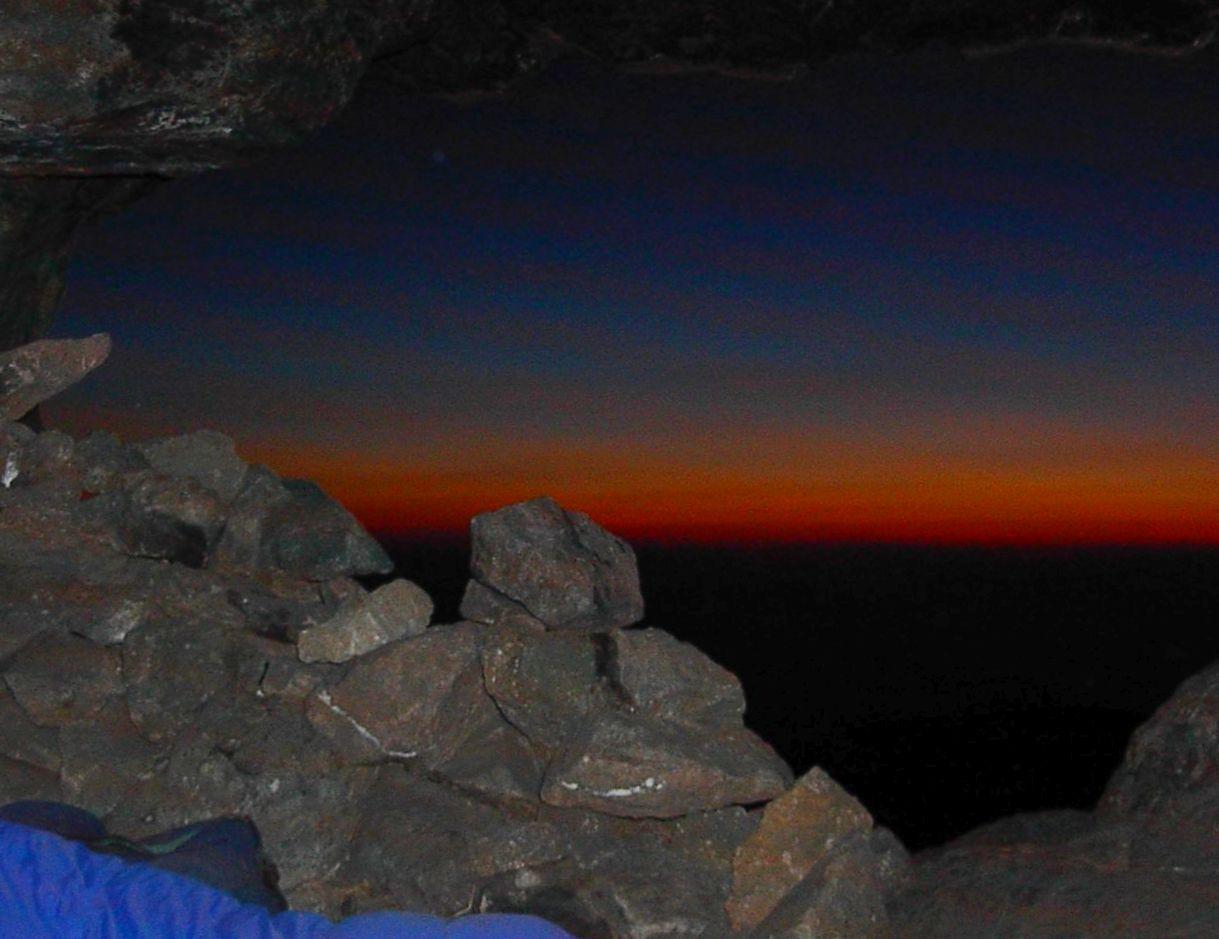 Once up the chain ladder, most hikers will make their way to the point where the Tugela falls off the cliff of the Amphitheatre. It is thought to be the highest waterfall in South Africa with a drop of close to 1000m.

For the more adventurous hikers there is a walk to the top of Mont aux Sources at 3282 meters. For many years it was thought to be the highest peak of South Africa. It was only in the 1950s that accurate measurements taken further south of the range showed that there are peaks higher than Mont-aux-Sources, like Thabana Ntlenyana reaching up 3482m.

Where did the name Mont-aux-Sources come from? The slopes of the mountain are the sources of four rivers, the Eland going north and eventually into the Vaal river, the Tugela flowing east to the Indian ocean and the Khubelo and Khubedu being part of the Orange river system. The picture below shows the approach to the summit of Mont-aux-Sources during a snow rich winter. 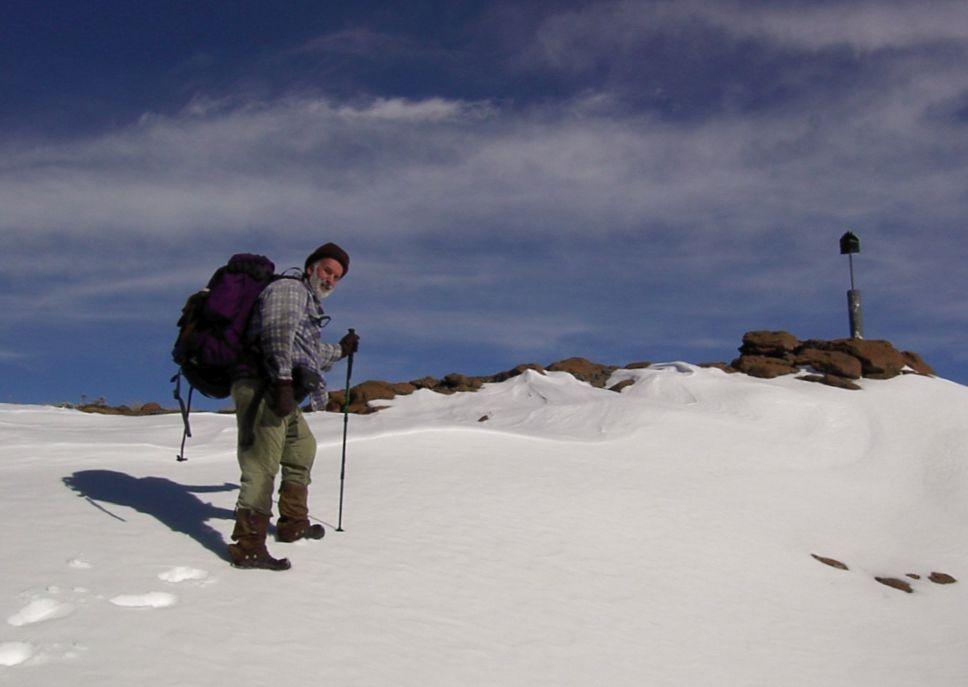