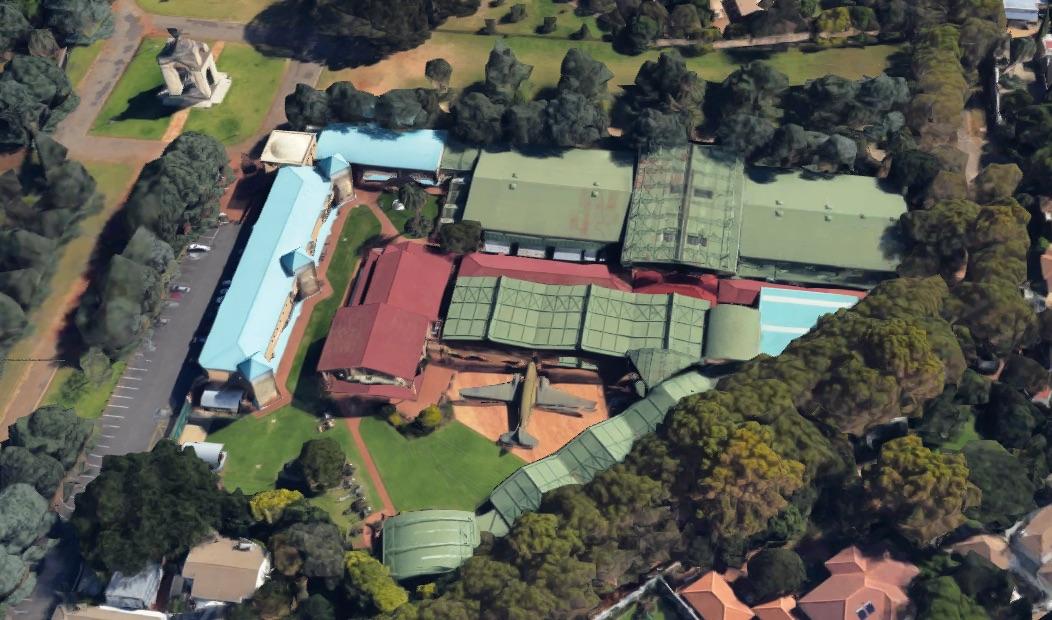 When in Johannesburg, one of the best places to visit is the National Museum of Military History, a.k.a. the War Museum, located next door to the Zoo and just off of Oxford Road. The Museum’s opening hours are between 09h00 – 16h00 daily and I find that three hours is enough time to spend in order to see the exhibits on display. Opened as the South African National War Museum on the 29th August 1947 by the then Prime Minister, Field Marshal Jan Smuts, it had as its main display halls two Bellman hangars, which were originally built during the Second World War and now have become museum pieces themselves.

The Bellman hangar, was so named after its designer N. S. Bellman, the structural engineer for the British Air Ministry in 1936 who was given the brief to design a lightweight, portable and quick to erect (and dismantle) portal frame structure to house the aircraft of the Royal Air Force (RAF), at a time when the RAF was expanding its number of squadrons as a consequence of Britain re-arming to answer the threat of a resurgent Germany. What follows is an abridged version of a Guardian newspaper report, dated Monday 4th March 1935:

In a major reversal of rearmament policy Britain today announced new expansion plans for its army, navy and air force. The plans, in a defence white paper, are to demonstrate that Britain does not take lightly Germany’s continuing rearmament.

The white paper calls for an enlarged fleet, improved defences for warships against air attack, more aircraft for the RAF and new coastal and anti-aircraft defences. The emphasis on air defence follows fears that Britain is an easy target for cross-Channel air raids.

The winds of war were stirring in Europe by the mid 1930’s and although the British government was pursuing a policy of Appeasement towards Germany in order to prevent a repetition of the Great War (1914 to 1918) it was also strengthening its defences as it was plain to see that Nazi Germany was re-arming in contravention of the Treaty of Versailles of 1919. The prelude to the Second World War (1939-1945) was the Spanish Civil War (1936-1939) which showed to the world the potency of the German air force, the “Luftwaffe”, when Hitler sent in the Condor Legion to support the Nationalist cause led by General Franco. The Germans thus used Spain as their training ground for what was soon to follow when they invaded Poland on the 1st September 1939. Britain and France agonised over declaring war on Germany but duly did so on the 3rd of September.

The Bellman hangar would play its part as Britain and its Empire waged war on the Axis powers of Germany, Italy and Japan, as the Second World War spread across the globe. Britain instigated the British Commonwealth Air Training Plan (BCATP) whereby aircrew would be trained away from the main war zones in places such as Canada, South Africa, Southern Rhodesia and Australia, where a large number of new airfields were required urgently. As hangars and workshops were needed for these airfields it was logistically nigh impossible for Britain to carry out their building and therefore the aid of the steel fabrication industries of the Dominions was sought to expedite the work.

Bellman hangar at RAAF Base Wagga via Wikipedia.jpeg 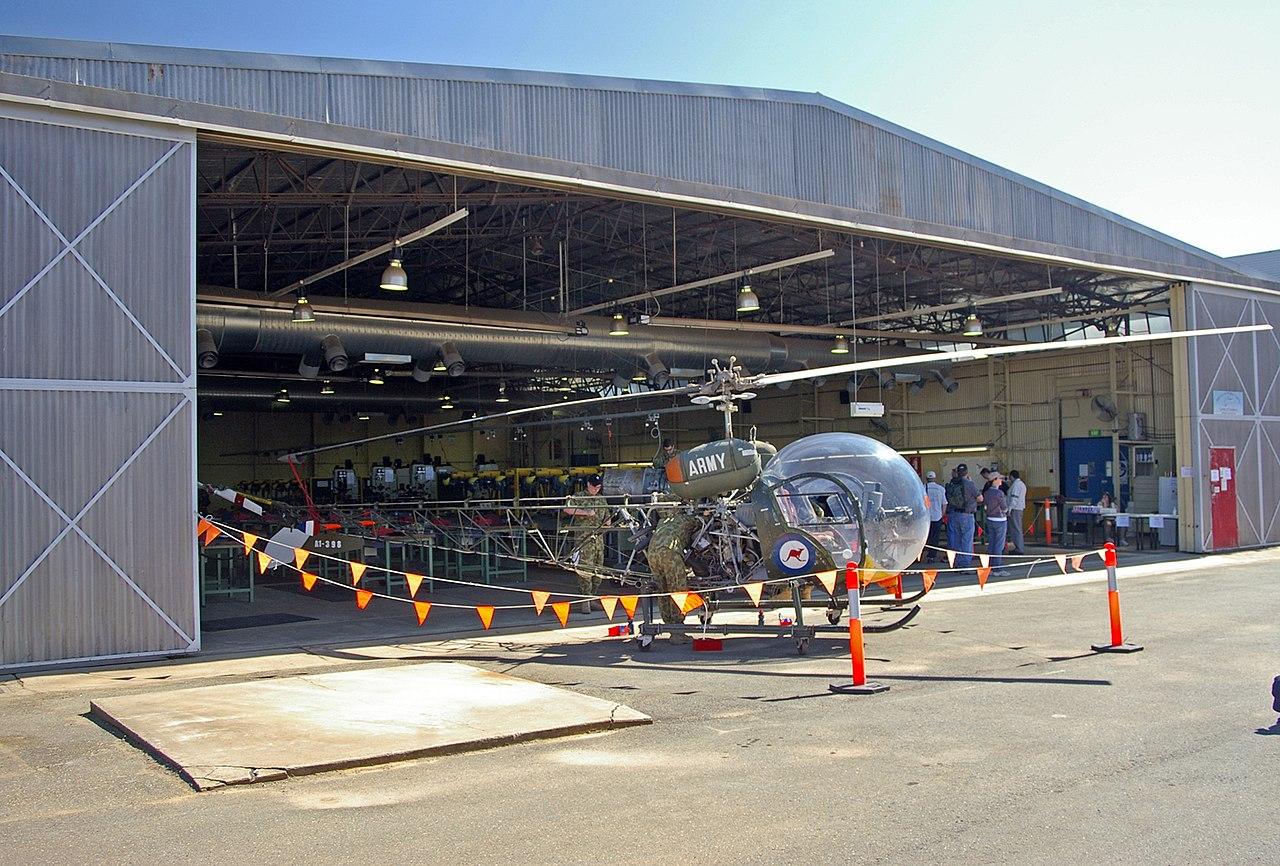 Bellman hangar at RAAF Base Wagga

The British firm of Head Wrightson, of Thornaby-on-Tees, was authorised to fabricate the structural steelwork for the completion of Bellman hangars for RAF airfields on the Home Front, and they prepared shop detail drawings to be used in the fabrication process in their workshops, with member sizes and physical dimensions being taken from the general arrangement drawings (as supplied by the designer). Doubtless these shop details were borrowed and sent out to the “Colonies” for local fabrication for the benefit of the war effort. It is worthy of note that production of the Bellman hangar ceased in Britain in 1941 as they became too small in height and width for the larger aircraft coming into service, i.e. the four engined bombers.

This was not the case in the southern hemisphere, where many Allied air crew were being trained on smaller aircraft, such as the De Havilland Tiger Moth, the Miles Master, the North American Harvard and the Avro Anson. In fact the Miles Master was the ideal plane on which to train future Hurricane and Spitfire pilots and during the Battle of Britain the M.24 variant – the Master Fighter was held in reserve but was not called upon; there being more planes than pilots!

Both in South Africa and Australia Bellmans were built in large numbers throughout the War. In South Africa alone, what amounted to 1 170 standard Bellman hangars (95 feet wide by 125 feet long), were produced from mild steel sections rolled by ISCOR, half of which would be exported abroad to the Middle East and India. The fabricators chosen were Dorman Long (Africa) of Germiston and Alpheus Williams & Dowse of Benoni. Australia would weigh in with 283 hangars built mainly with Waddingtons (later to be known as Commonwealth Engineering) of Granville, Sydney, New South Wales doing the majority of the fabricating.

The physical dimensions of a standard Bellman hangar are 95 feet span (over arches) by 25 feet clear height by 125 feet in length (i.e. 11 arches spaced at 10 bays of 12 feet 6 inches). Note that variations in length were made when deemed necessary, by adding or subtracting bays, e.g. hangar kits sent to Southern Rhodesia were erected to be no longer than 50 feet. The novelty of the hangar was that its main arch (in fact a portal frame) was comprised of a series of welded latticed units, 8 feet long by 2 feet 4 inches deep, made from rolled steel angles of mild steel (to BS 15: 1936), which when bolted together formed a rigid framework (refer to sketch below).  The lightweight nature of the construction and the close spacing of the arches meant that in most instances heavy concrete foundations could be avoided in favour of a steel grillage. 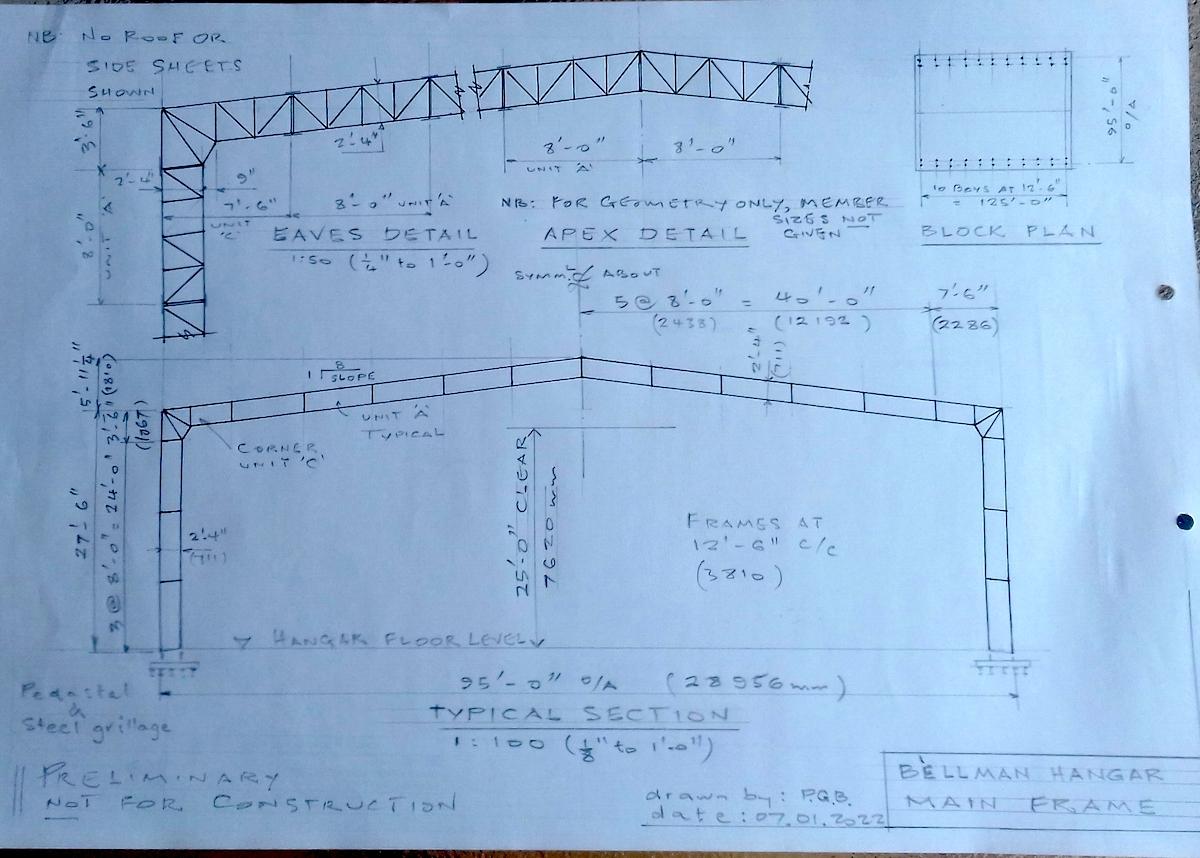 The Bellman Hangar was meant as a temporary expedient to aid the war effort, but many are still standing 80 years on, one in particular has pride of place at the “Brooklands Museum Aircraft Factory and Racetrack Revival” in Weybridge, Surrey, England. The hangar, first built in December 1940 on the finishing straight of the Brooklands Racetrack (by then permanently closed down), for the purpose of final assembly of the Vickers Wellington twin engined bomber. It would continue to be used after the war in the manufacture of various aeronautical projects until 1970 when it became a store for the British Aircraft Corporation and thence British Aerospace. In 1988 it reverted to being a hangar to house a Wellington bomber (N2980) that had been salvaged from the depths of Loch Ness (it having ditched, due to engine trouble, on the last day of 1940). In 1999 the hangar became a Grade II Listed building but as time went by it fell into a state of disrepair and urgently needed restoration. In 2015 a £4.681 million grant from the Heritage Lottery Fund for the Brooklands Revival Project allowed money to be allocated for the relocation (off the finishing straight) and refurbishment of the hangar, which was successfully completed in 2017 with the fillip of gaining a commendation in the 2019 UK Structural Steel Awards, with the Judges’ comment “This project is a testament to the adaptability of steel construction and the care with which the project team managed  the task of dismantling the old hangar, refurbishing individual components and re-assembling the structure on a nearby site providing the ideal accommodation for the museum display.”

As for the two Bellmans at the War Museum they now fall under the protection of the 60 years clause of the National Heritage Resources Act and their immediate future seems secure. As for the several others residing on air bases dotted around the country they may fair less well as steel is a recyclable commodity and has scrap value, should any one of them be assessed as structurally unsound and thus require expensive remedial work, in all probability the cheaper option would be replacement (not restoration) with a modern portal frame shed.

Post Script: For the technically minded there is a British Ministry of Defence, Defence Works Functional Standard entitled "Guide to World War ll Hangars: 01 - Bellman Hangar", which is prescribed reading for the project manager and structural engineer engaged on the restoration/remedial works for a Bellman. Just "Google the title to download from the Internet.