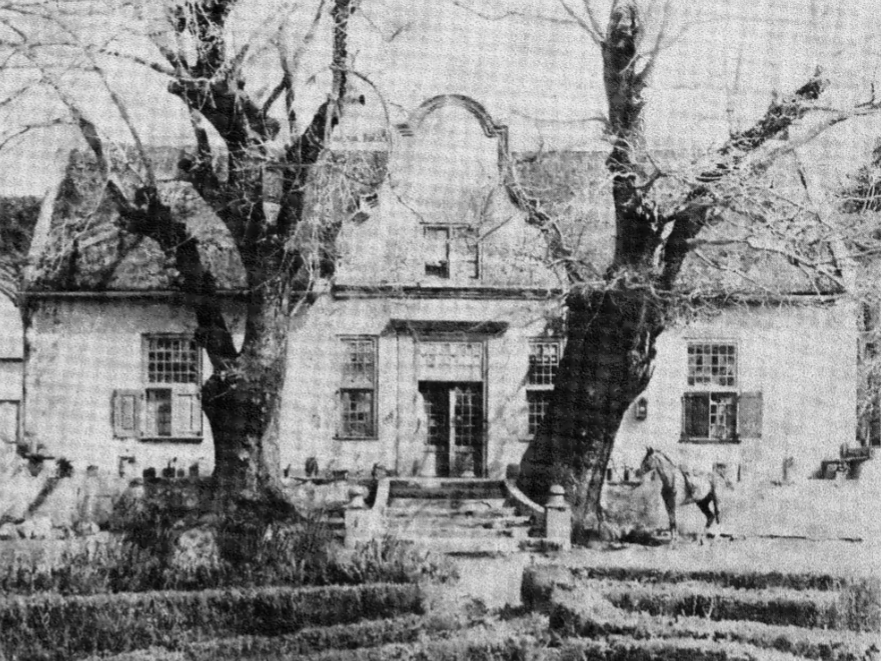 In the article below, Norah Henshilwood traces the early history of Claremont and reveals some of her memories of the suburb. The piece first appeared in the 1976 edition of Restorica, the old journal of the Simon van der Stel Foundation, today the Heritage Association of South Africa. Thank you to the University of Pretoria (copyright holders) for giving us permission to publish.

Of all the suburbs of Cape Town, Claremont is the one that through business expansion and population growth has changed more than any other. Originally its area on the mountainside was part of a farm that in 1660 had been granted on the banks of the Vers River (later named the Liesbeek) to one of Van Riebeeck's "free burghers". When M. Thibault, the Government architect, made an official survey in 1812, this farm, called Veldhuysen, or Veldhuyse, extended over more than ninety-nine morgen. A German owner later changed the name to Feldhausen. Sir John Herschel, the famous astronomer lived here for four years while he mapped the stars of the Southern Hemisphere and from here he viewed Halley's Comet through his telescope, the site of which is marked by an Obelisk, still to be seen adjoining the grounds of the Grove Primary School. Elliott's photograph of the old Feldhausen homestead led Fransen to describe it as "one of the most beautiful homesteads of the Peninsula".

By the beginning of this century the homestead had become a boarding house and later a private hotel with the name altered to "Herschel Hotel". That the homestead was later pulled down to make room for a nursery school is a sad loss to Claremont and to Cape architecture.

Near the homestead was a little school of dressed stone that after Herschel's day became the primary school of the Diocesan College while the old house was used as its boarding department.

Leading to the homestead were two avenues, one of oak - "Feldhausen Avenue" today - and the main one of pines, now "The Grove". Two piers of the gates that led to the oak avenue were still standing in my youth. Oak trees in double ranks had been planted in squares, many of them perhaps grown from the hedges set out to protect the orchards and vineyards of the old farm. Apart from a few oaks still to be seen in Feldhausen Avenue, there is nothing to remind one of earlier days. The little school has gone, to be replaced by a large primary school whose grounds have spread over what was once open fields. The vault that marks the graves of Baroness Van Buchenroder and her daughter Baroness Knobel who died at Feldhausen before Herschel's day, may still be seen though almost overshadowed by a new building nearby.

It was perhaps inevitable that open spaces like the Vineyard Field (next to "The Vineyard" where Lady Anne Barnard once stayed) - where the boys of Claremont, both white and coloured played cricket and football in season should be built over as the population expanded. The Bishopscourt woods where chincherinchees, lachenalias and wild iris grew on the banks of the river have also given way before the same pressure. Paradise Estate, once the home of sugarbush, lobostemon and a wealth of other indigenous flowers is now covered with homes.

Legislation has altered the character of certain areas such as the "Malay Field" which extended over several streets near Feldhausen. Here was a community of Malays whose costume and customs gave colour to the district.

However the real life of Claremont as a community was to be found on the Main Road where before the first World War a few pine trees and even a runnel of water might still be seen.

Many of the owners lived above their shops. Buildings frequently had the iron pillars wlth cut-away slats on their balconies that were such a characteristic of buildings of the period. They gave a lightness to the general appearance of a street where, during business hours, goods for sale were displayed on the pavement, open for inspection by the passersby who had not yet become "traffic". Not a single facade of this earlier Claremont remains today.

Looking at an early photograph of the Main Road one notices the numbers of buildings that boasted turrets, gables and domes, excrescences which would be considered today as a waste of money. Trams, mostly "double deckers", rumbled on their tracks from Cape Town to Wynberg. There were no motorcars and few carts to interfere with the pedestrians. Certainly an uncluttered thoroughfare!

Opposite the station was the Town Hall the site of all public entertainment where concert parties, school productions and meetings were held. The site today is covered by a few small shops and a flower market. Where the present "Civic Centre", successor to our Town Hall now stands was once the site of the well-known private school for girls, "Milburn House", owned and run by Miss K K Gale, a graduate of Girton College in Cambridge. "Milburn" was a doublestoreyed building with a thatched roof, probably somewhat shabby in appearance, though the school itself had a fine reputation.

Close to "Milburn" was "Stanhope", once also, I believe, part of the Feldhausen farm. The large grounds of "Stanhope" have been covered with buildings and all that remains as a reminder of the past is the name of a nearby road. One is glad that the beautiful gardens of the late Mr H Arderne were saved from a similar fate and have become a public amenity. This garden and the proximity of the National Botanic Gardens at Kirstenbosch help to provide the feellng of space and beauty which marked old Claremont.