Deanery then, Koekfontein now - The story of a grand home in Upper Houghton 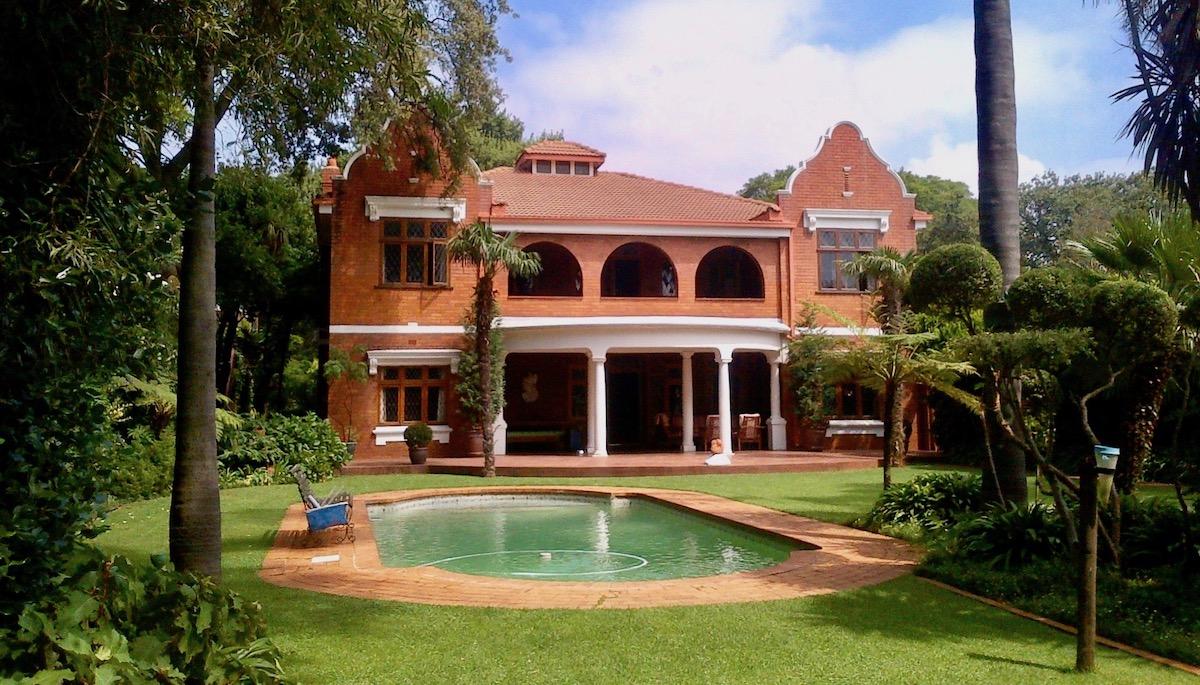 No. 43 St David’s Road had a modest start, being built for one Edwin Hawkes in 1908 at the time of the gold rush. The architect is believed to be Robert Howden who was known for being a Classic revivalist and whose work shows a Beaux-Arts approach. Hawkes sold it to Julius Wertheim sometime around 1915. Wertheim was a solicitor and notary and was very much involved in the community (an attribute which seems to have rubbed off on the present owner). No. 43 was then sold to the Hunt family in the mid-1920’s, during whose tenure the evolution of the property into its current form began in earnest!

The Hunts bought a single storey home which then proceeded to grow in parallel with the fortunes of the family firm, Williams Hunt Chevrolet (in old Eloff Street). It first gained elegant gables on the north façade, and then a short while later the entire roof came off and a second storey was added (with the gables being elevated to keep up with the new roof!) and the lantern was put in place above the new staircase. The grand Burmese teak staircase was installed running up the centre of the entrance hall and wrapping round to a gallery, and with American rosewood panelling downstairs and upstairs. This was all orchestrated by an Australian architect friend of the family, George White – quite a visionary achievement. 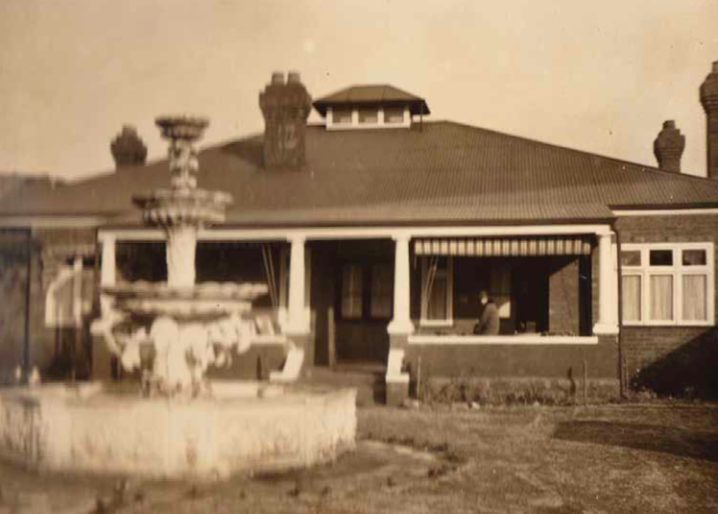 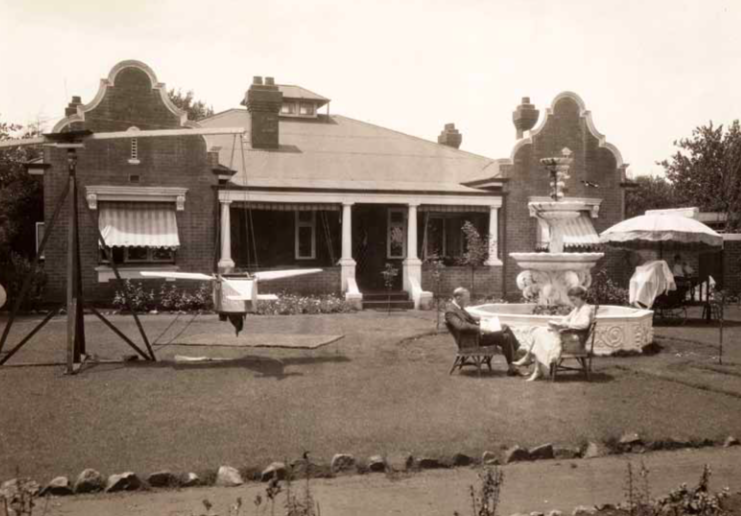 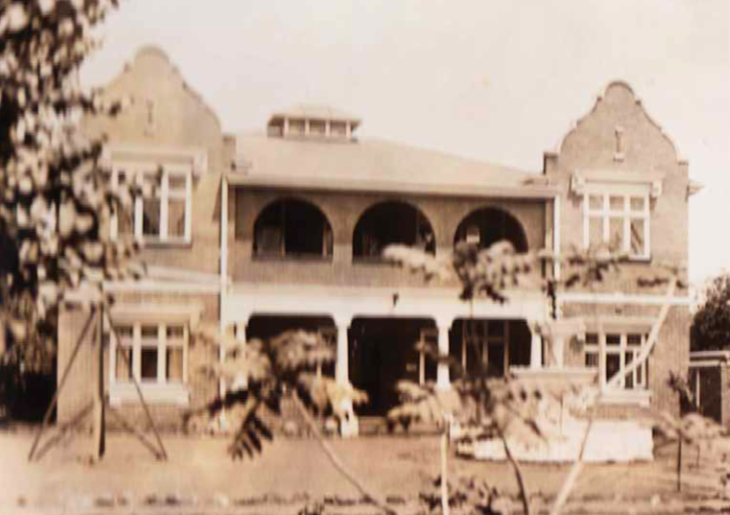 The evolution of the house

This was an extraordinary and vibrant part of No. 43’s history. The Hunts were enthusiastic entertainers, with Bert Hunt being a keen cellist, and his wife, Gertrude Dickie, being a concert pianist. Barbara (their daughter) mentions how, on any occasion, she and her brother Henry would slide down the banisters (still immaculate today), and how, when their parents were entertaining and Lily their housekeeper was not watching, they would peek from the gallery above to watch the glamorous early Jozi set walking through to dinner. Barbara muses how filled with sound the house always was, be it either the strains of music reverberating through the house, or the sound of Bert’s lathes as he manufactured a perfectly scaled model of the King George V locomotive in his workshop above the coach house (now a garage and flat). The locomotive is now housed in the Transport Museum in London. After 15 years and more success in the car business, Bert sold No. 43 and the family moved to the imposing three storey thatch Chudleigh House on the Houghton Ridge.

Children round the fountain at 43 St Davids Road Upper Houghton via Andre Marais.png 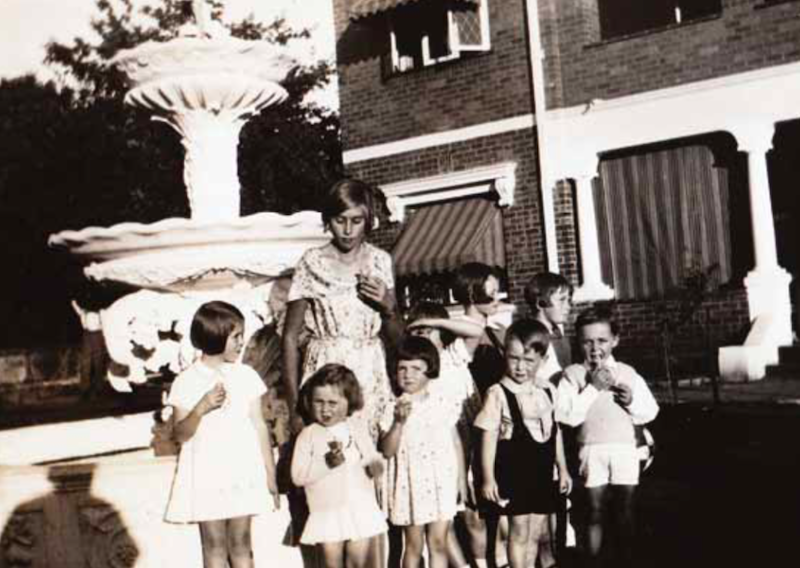 The Hunt children and a few friends at No. 43

The Handelsmann family bought No. 43 from the Hunts in 1942, and subsequently sold it to the Anglican Church which owned it for many years as official residence for the deans of St Mary’s Cathedral during a significant and politically charged period of South Africa’s history (and during which time the house was known as The Deanery). Notable deans of the Cathedral during this period were Patrick Harold Falkiner Barron (1958), Gonville Aubie ffrench-Beytagh (1965), Timothy Bavin (1972) and Desmond Mpilo Tutu (1975), although (now Archbishop Emeritus) Desmond Tutu, for political reasons, in fact never lived in the house. In later years, however, No. 43 fell into disrepair when it was used as a ‘transit house’, and the time came for the church to sell. All but Dean ffrench-Beytagh went on to become Bishops in the Anglican Church.

No. 43’s association with cars returned in 1978 when Libero Pardini, the Ferrari dealer, and his wife, Yvette, and their children bought the house from the Church and a significant period of restoration began. It was not uncommon to arrive at the Pardini’s home and find Ferrari’s scattered over the lawn, harking back to the mechanical achievements of the twenties when Bert’s railway track for the testing of the King George locomotive snaked through the garden past Gertrude’s much disliked marble fountain (which, alas, made a sharp exit not long after No. 43 gained its second storey).

In 1994 No. 43 was sold to the Holden family from England, but before long, No. 43 returned to the cloth when Rabbi Rapoport and his wife Chana and their children took ownership. No. 43 was much loved by the Rapoports, but it was sold when duty called the Rabbi to Sydenham, and it was bought, in 1997, by the present owner, André Pierre Marais.

In its current incarnation, No. 43 has been affectionately branded Koekfontein. This arose because of the smell of cakes frequently being baked by a much-loved major-domo, Phineas Makawa. Now, both cars (André is a bit of an enthusiast) and music, and much more restoration, feature on the property, and it is believed by the owner and his friends alike, that the fun, mirth and laughter of yesteryear continue unabated in a home which exudes the aura and patina of the many happy families who have lived at No. 43 over the last 100 years and more.